Lionello Balestrieri (1872-1958) received honors in his day, but now seems to be considered a minor figure. For instance, although he was an Italian, there is no Italian language Wikipedia entry for him as of mid-September when I'm drafting this post. The entry in English is here, and there also is one in French offering other details regarding his life and career.

Balestrieri experimented with various styles, but most of his images seen on the Internet seem to be from the years around the turn of the 20th century when he hadn't strayed very far from traditional painting. That is, he didn't distort the proportions of his subjects, but his brushwork varied.

Music seemed to be a passion, and he painted many works dealing with the music scene. 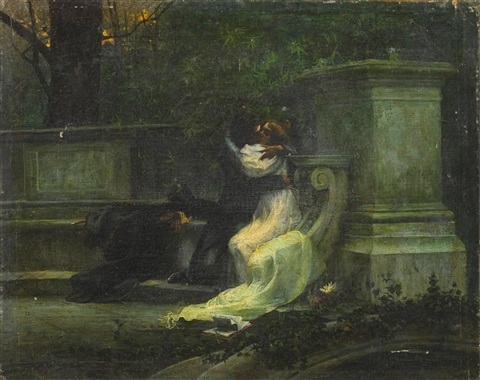 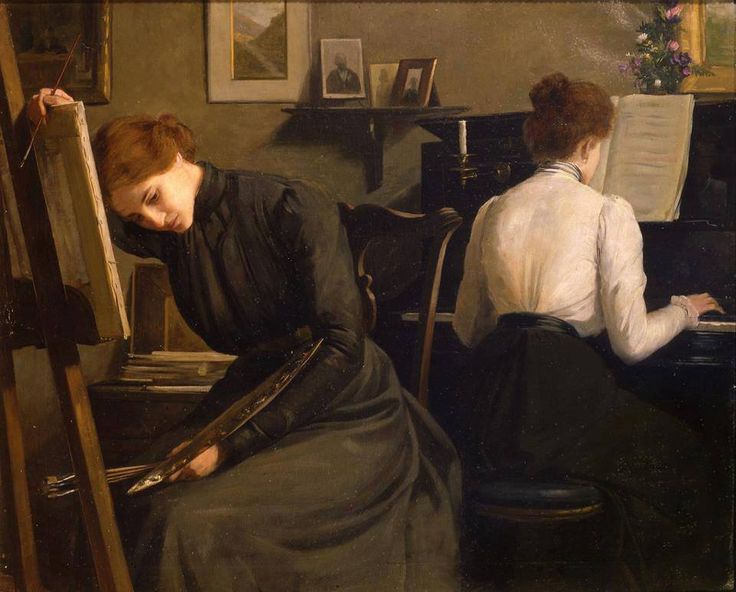 The Painter and Pianist

Beethoven (Kreutzer Sonata) - 1900
Beethoven is the bust in the background. 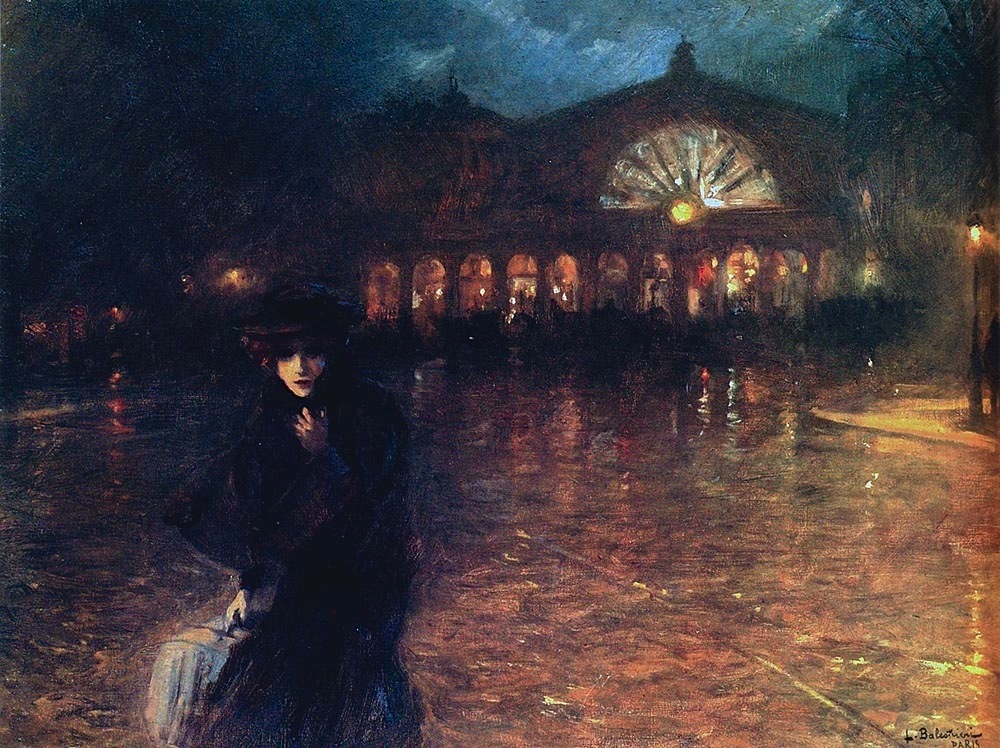 Woman on a Paris Street at Night 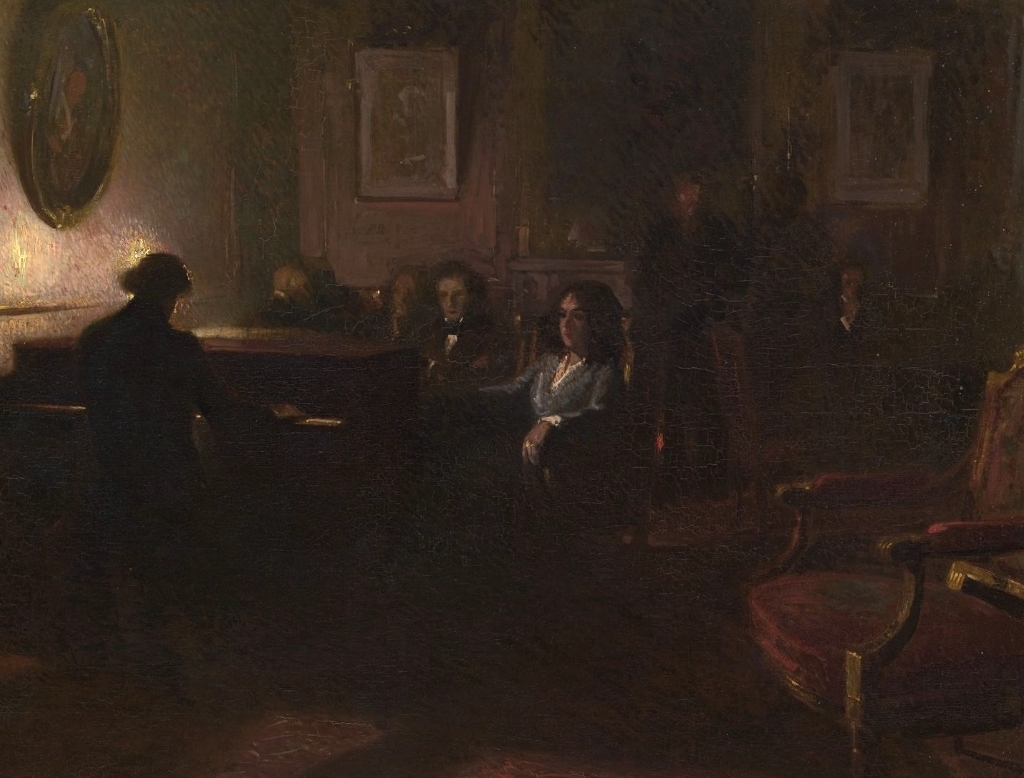 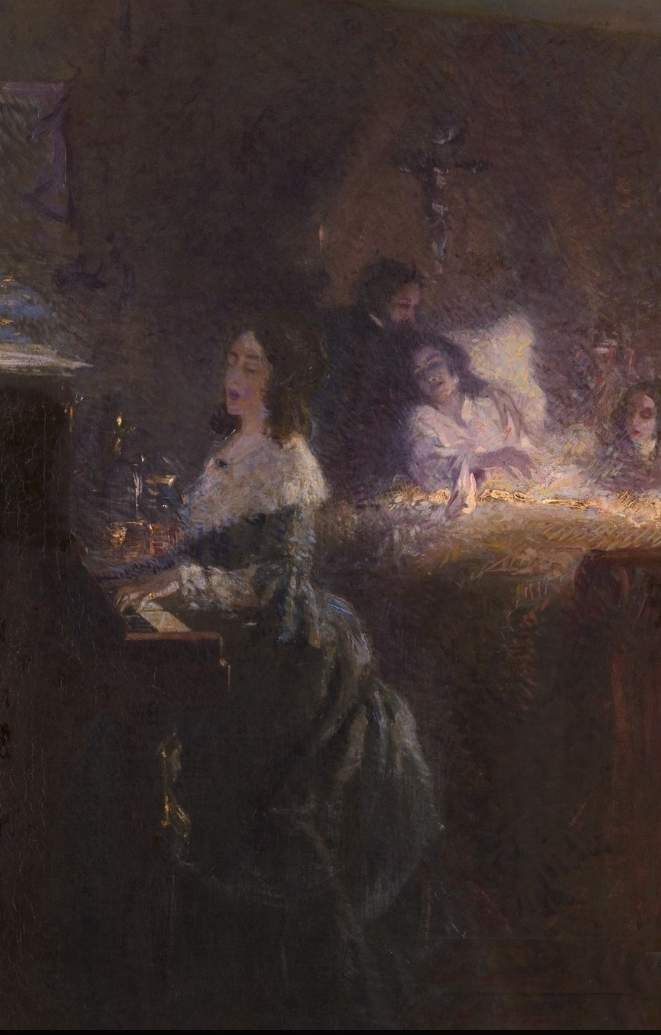 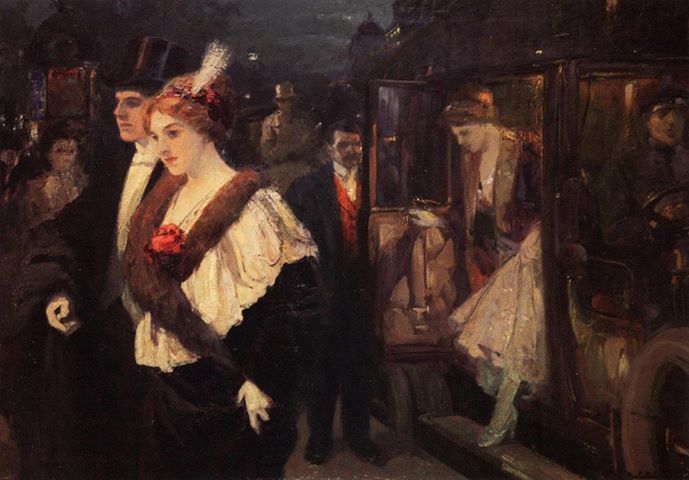 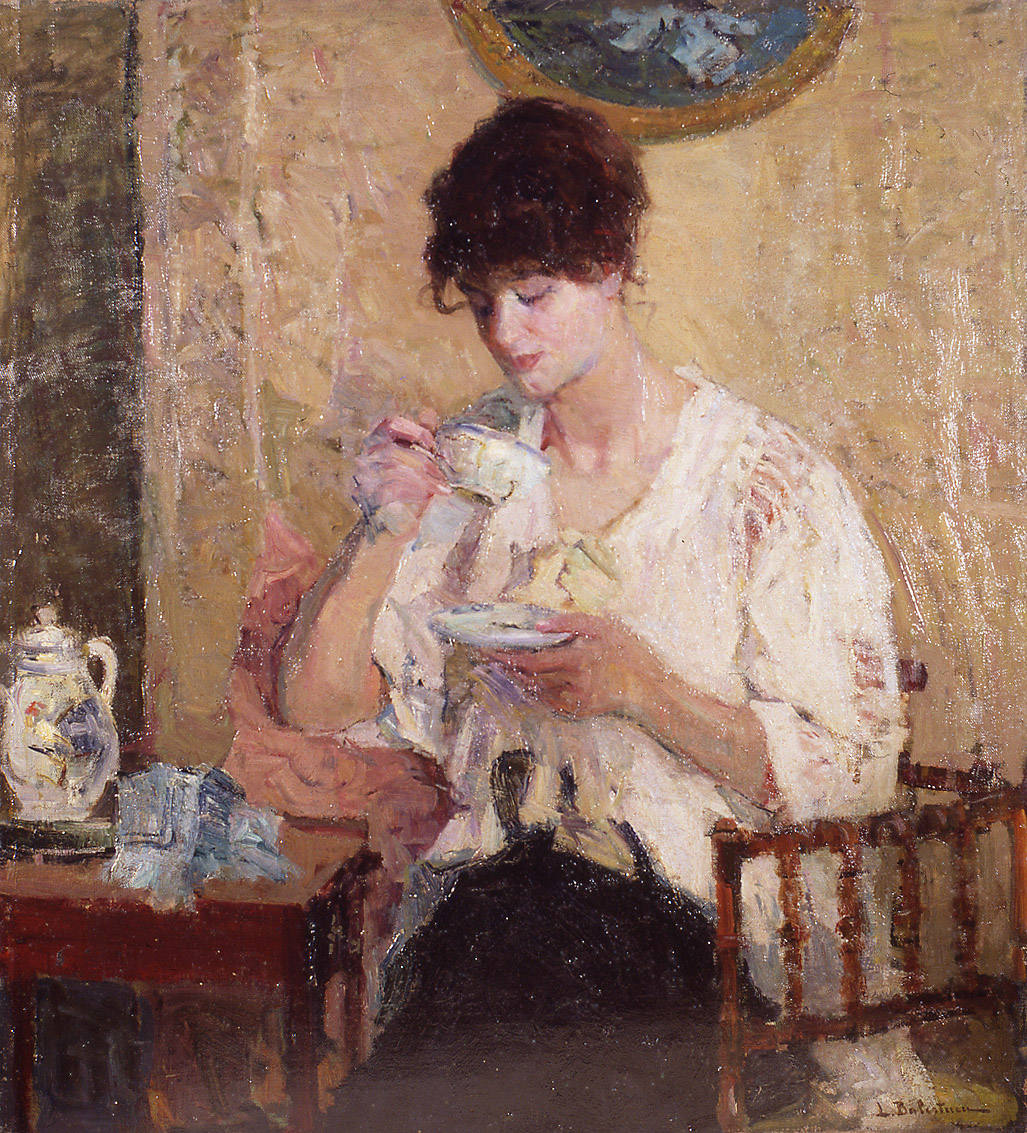 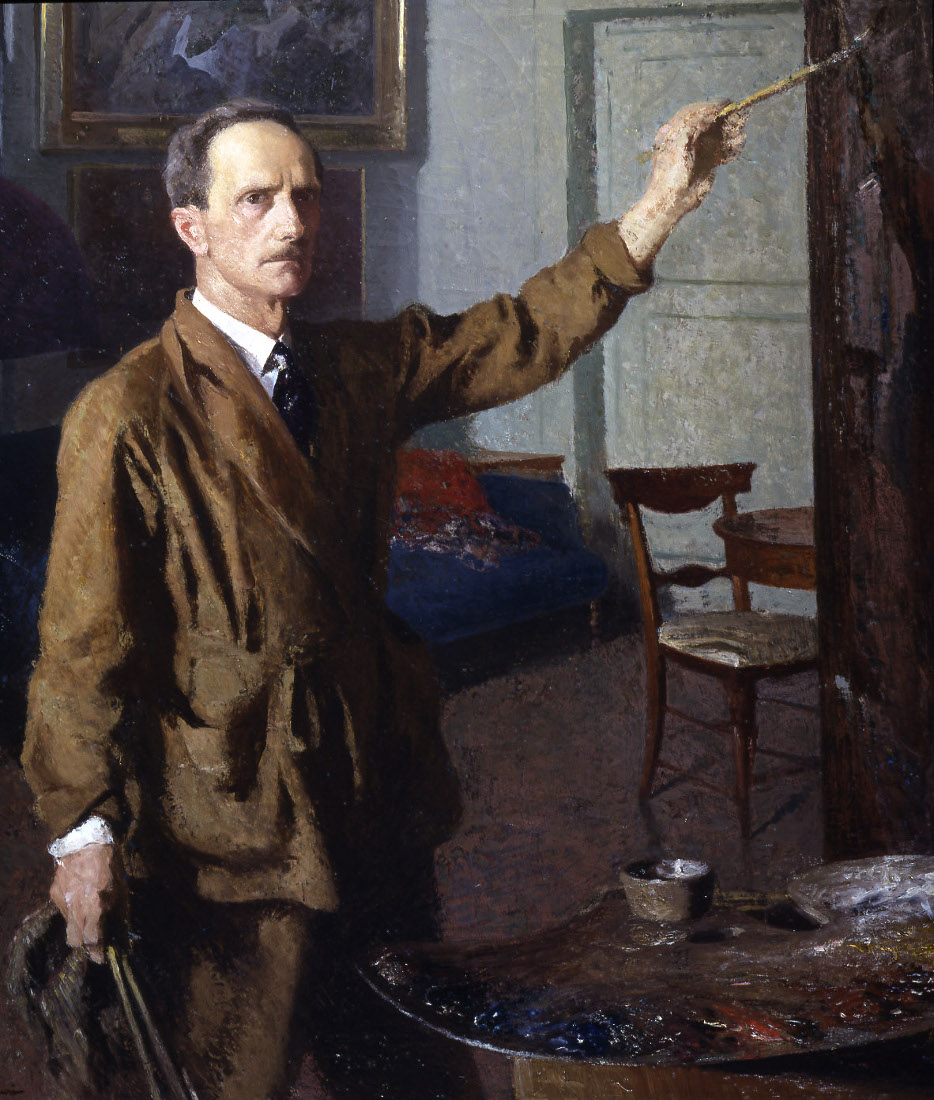