Robert Henri (1865-1929) was an important American painter and teacher in the decades around the turn of the 20th century (Wikipedia entry here).

Among his works were two versions of the Biblical character Salome, the dancer. I wrote about various interpretations of her here.

According to this and other sources, Henri got caught up with something of a Salome craze. The link states: "Robert Henri was a cognoscenti of modern music, dance, and theater. When New York audiences were scandalized by Richard Strauss’s 1907 opera ‘Salome’, based upon Oscar Wilde’s play of the same name, the opera performance inspired the intrepid artist to invite Mademoiselle Voclexca to perform the notorious ‘Dance of the Seven Veils’ in his studio."

I Googled on Mademoiselle Voclexca, but turned up nothing of interest. Clearly, it's a stage name, and her being active a century or more ago, references are probably buried in decaying newspaper file morgues or yellowing theatre programs.

I visited the Ringling Museum of Art in Sarasota, Florida in early May and took a few photos of their version of Salome that offer closeup views of Henri's brushwork. Click on the images for enlargements showing details of Henri's style.

The Salome at the Mead Art Museum at Amherst College in Massachusetts. It seems sketchier than the Ringling version.

The Ringling Salome -- image found on the internet. 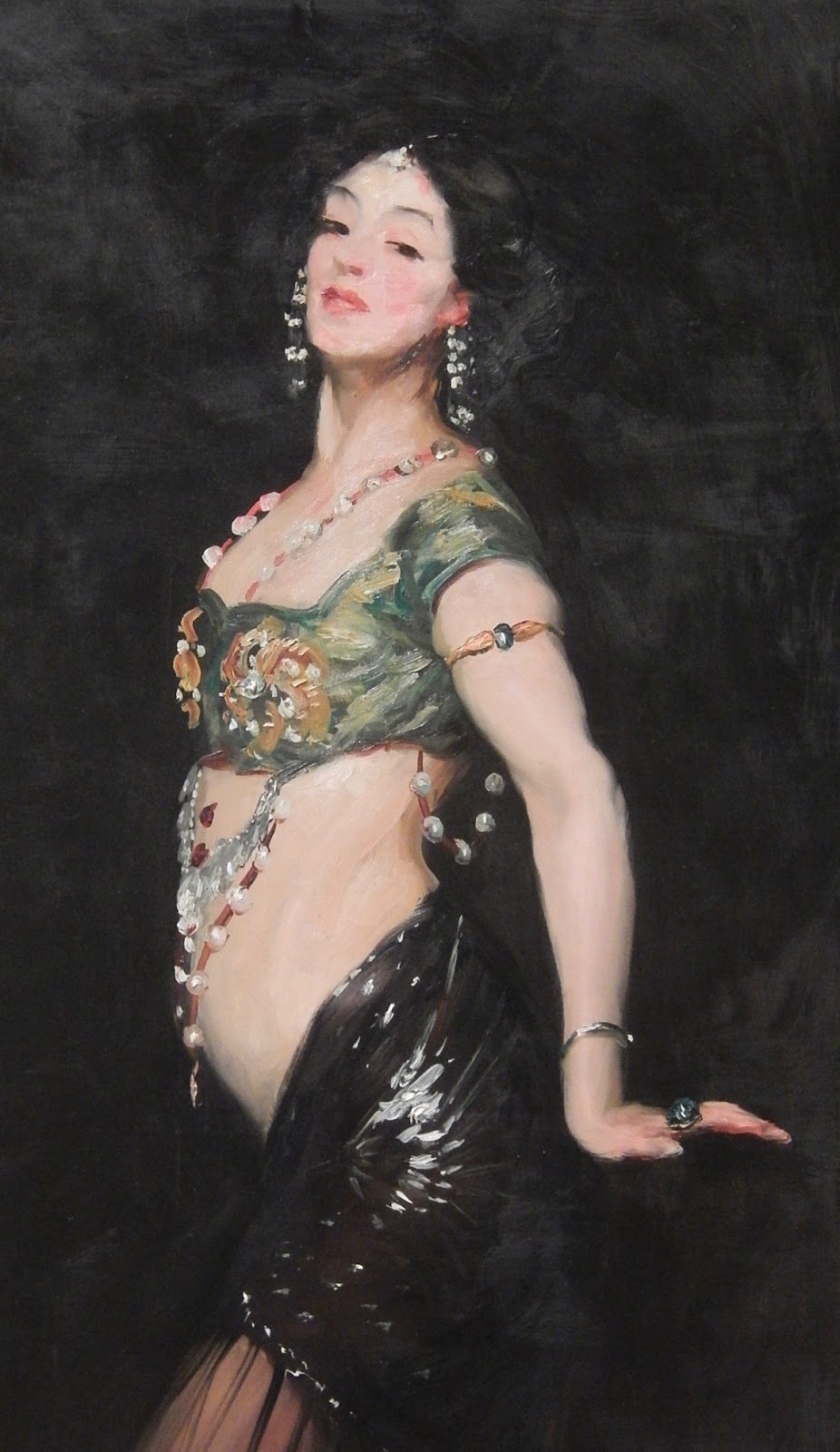 My photo showing the upper part of her body and costume. 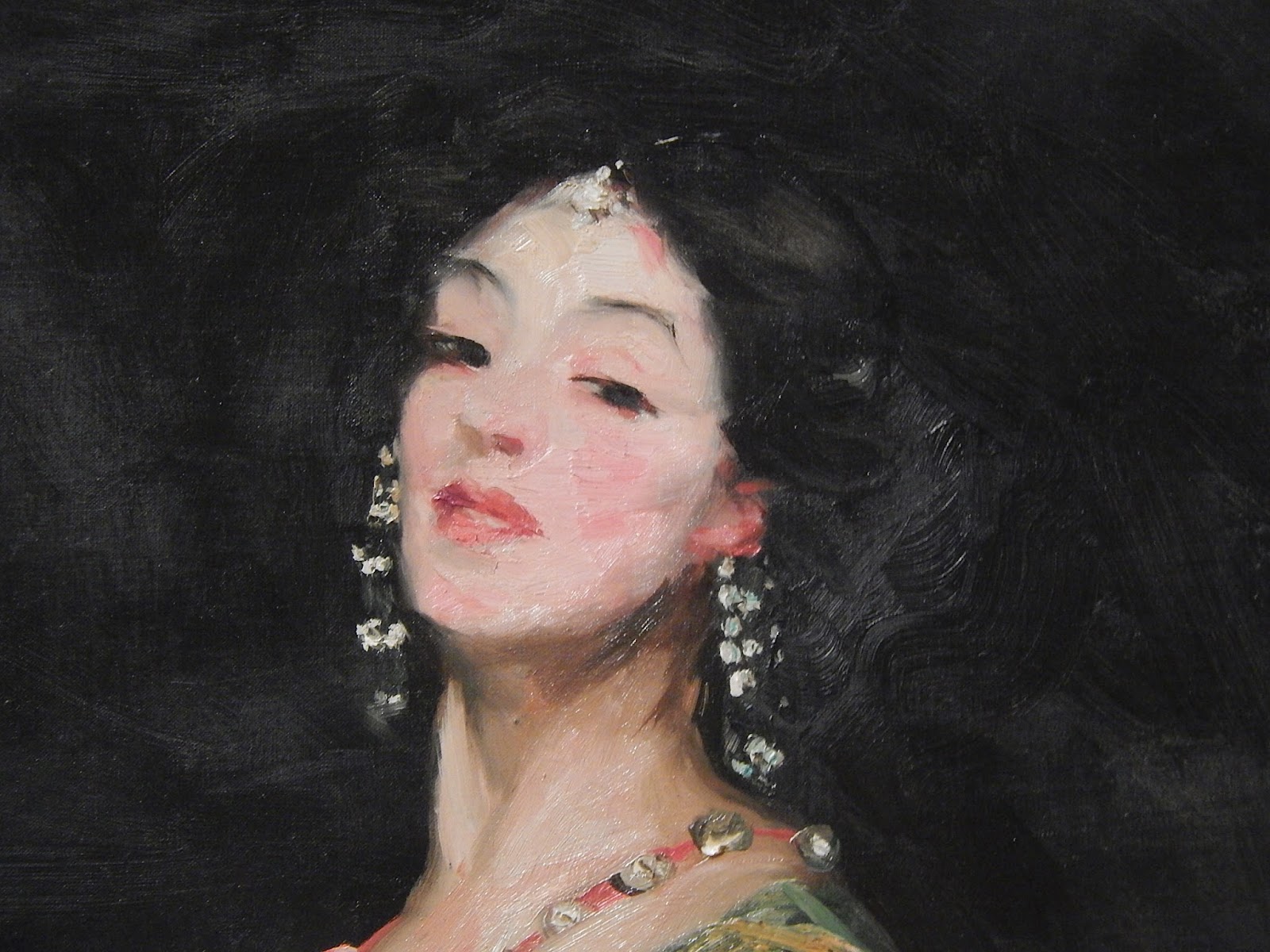