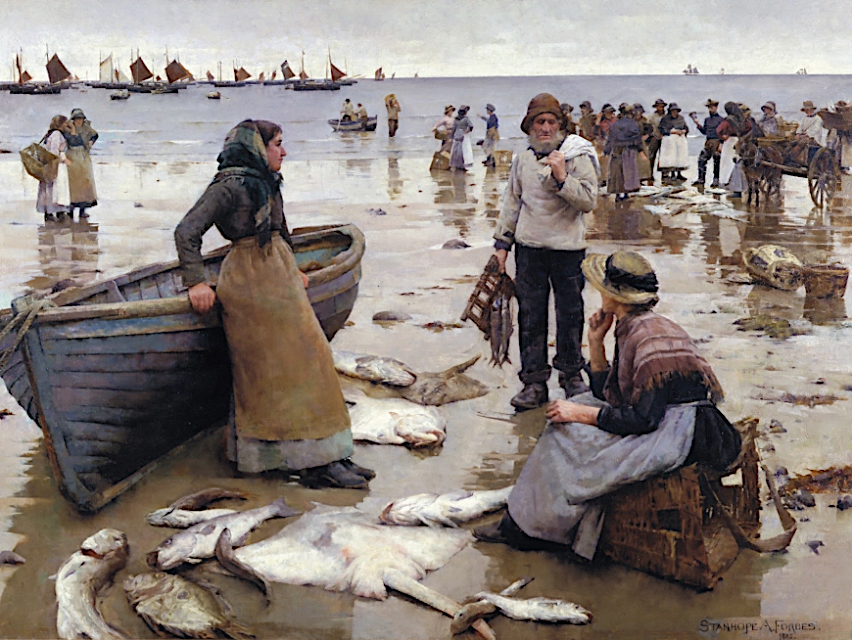 A Fish Sale on a Cornish Beach - 1885
Stanhope Alexander Forbes (1857-1947) painted scenes in Brittany and elsewhere in England, but his focus was Cornwall, at Britain's western tip. A fairly lengthy Wikipedia entry for Forbes is here. I wrote about the painting shown above here. It is perhaps his best-known work and the excellent brushwork is best appreciated in person, though you normally need to visit the Plymouth City Museum and Art Gallery to view it.

Below are some other Cornish scenes painted by Forbes. 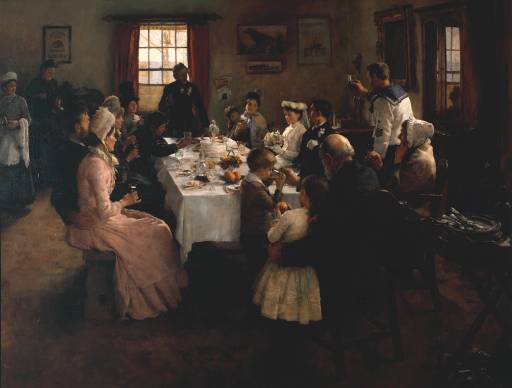 The Health of the Bride - 1889
This indoor Cornish painting was part of the original Tate collection. 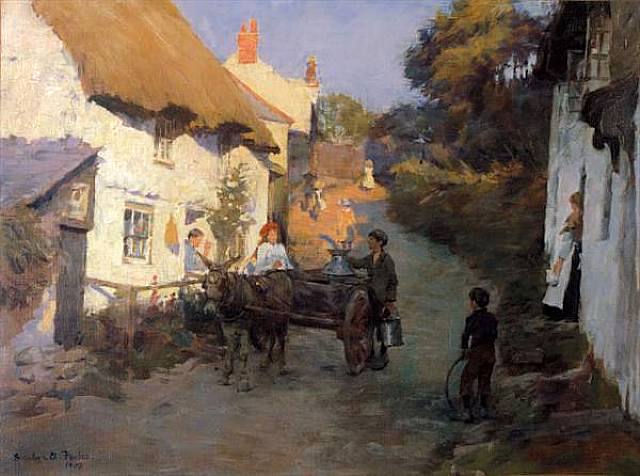 A Cornish Village - 1903
More of a sketch than a finished work, thought Forbes signed it. 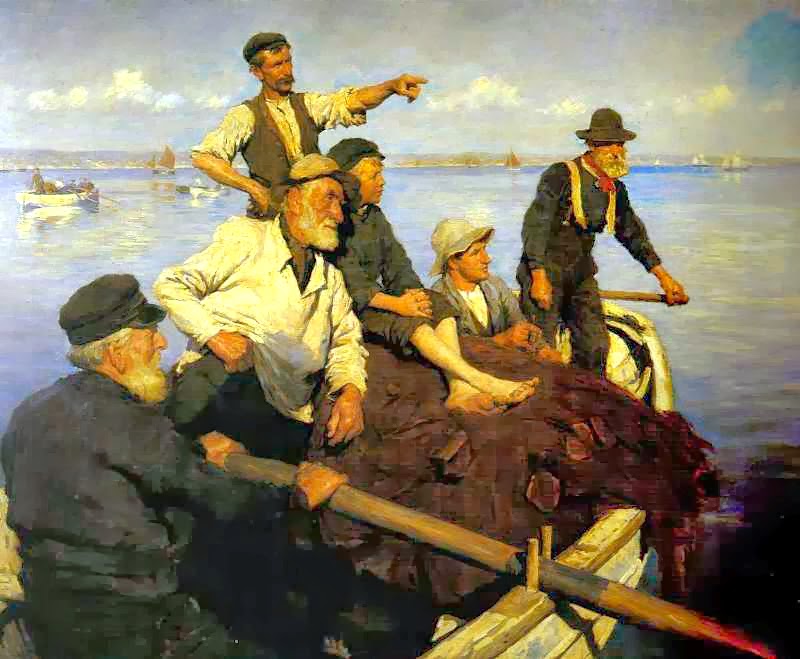 The Seine Boat - 1904
Forbes did much plein air painting, but this had to be mostly or entirely studio-made. 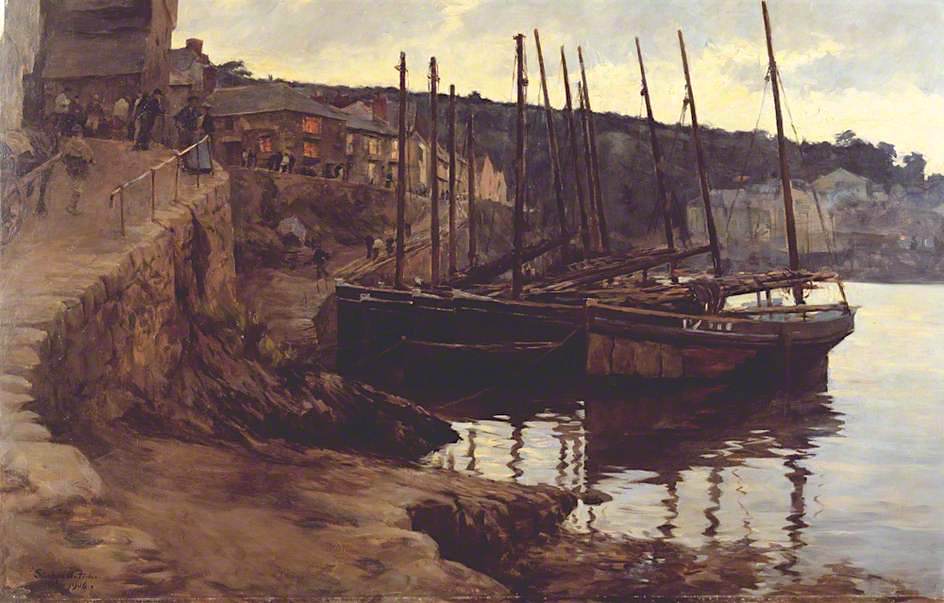 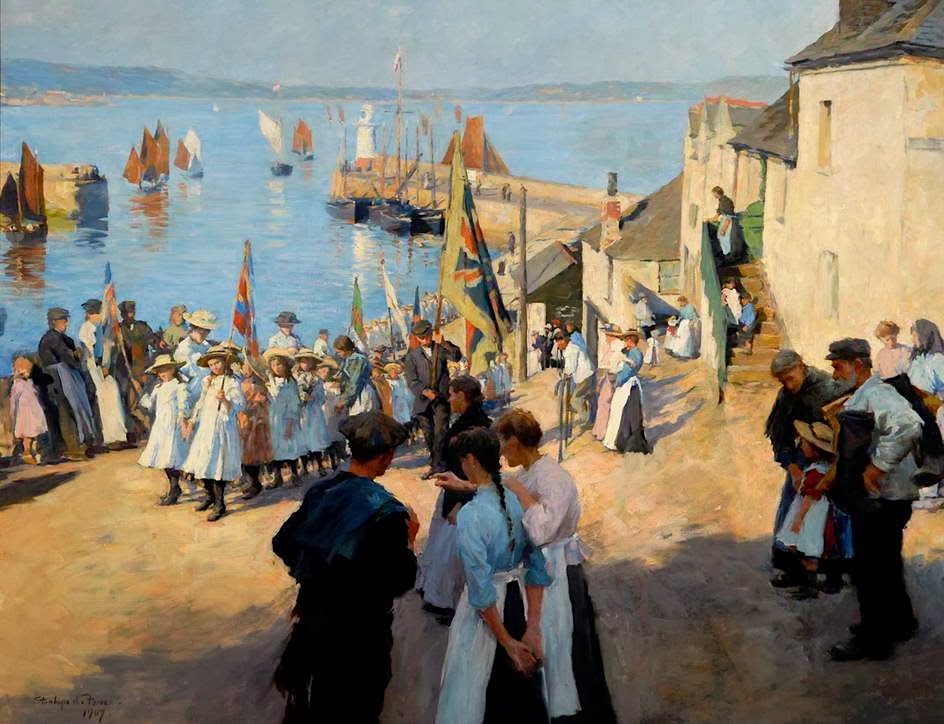 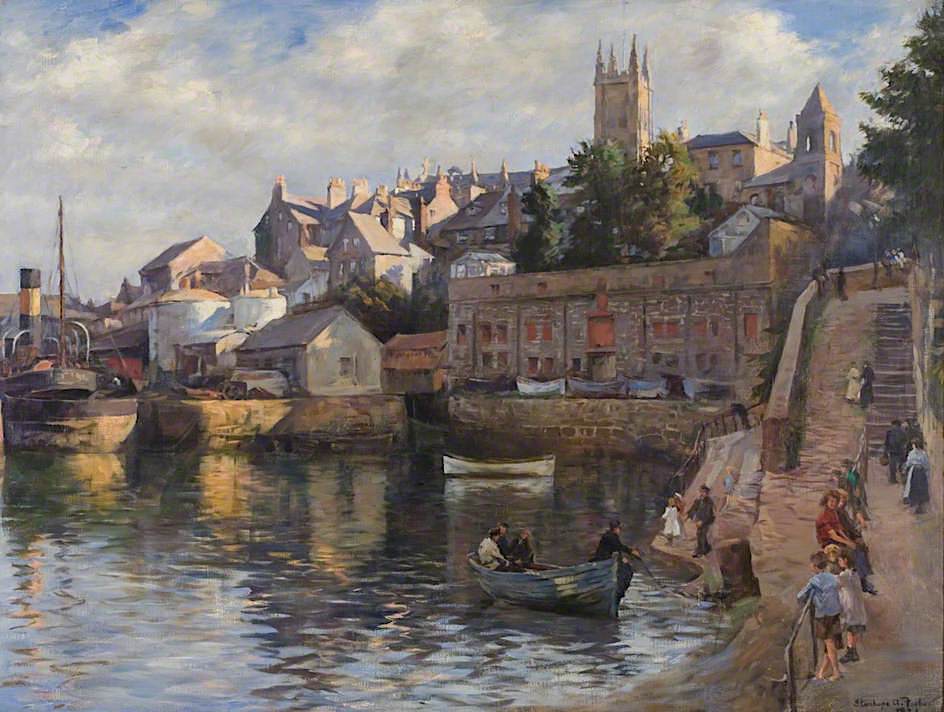 The Inner Harbour, Abbey Slip - 1921
Not long ago, local folks helped keep this painting from being removed from Cornwall (some details here). 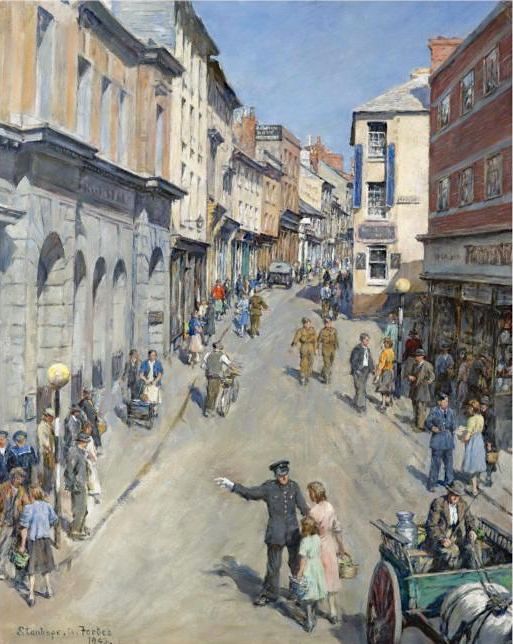 Stanhope is one the most famous and beloved of the Newlyn artists and his paintings are very familiar. However I have never seen The Health of the Bride (1889) before... in fact I cannot remember too many interior images at all. Presumably he could have painted interiors anywhere in the world, so why should he waste the very special outdoors after he moved to beautiful Cornwell?

Thanks for the link
Hels
https://melbourneblogger.blogspot.com.au/2016/03/stanhope-forbes-from-newlyn-in-cornwall.html

I quite often get to see the "The Health of the Bride" as it's usually on show at the Tate, it's surprisingly large - almost 2 meters ( 6.5 feet) across but I find it rather dim, whether this is the way it was originally painted or the impact of time on the varnish I can't say, and the Tate in their finite wisdom seem to hang these larger paintings at a height that reflects the rooms light source just as you find the ideal viewing distance. Their Website has a write up on Forbes reason for the interior and a decent sized image :
Forbes-at-Tate

The Tate also has the magnificent The Return of the Reapers by Henry Herbert La Thangue, [ Newlyn School] though it's currently not on display, and the very Newlyn-esque The Girl at the Gate by Sir George Clausen [ also not on show at the moment]. There's something very satisfying in the square brush strokes and earthy colours.