Henry Taylor Lamb (1883-1960) had almost completed his medical training when he chucked it and took up art. As mentioned here, some of his art instruction was at William Orpen and Augustus John's Chelsea School of Art. Lamb became friends with John, but his first wife's liberated ways that paralleled John's made for complicated times before the Lambs separated.

When the Great War started, Lamb hurriedly completed his medical training and became an army medical officer serving in most of the major fronts. Then he returned to art, eventually divorced, and then married the much younger Lady Pansy Pakenham (daughter of an earl) by whom they had three children. World War 2 found him as a war artist, though most of his paintings were portraits and scenes from training areas.

Aside from military subjects, the bulk of Lamb's paintings seem to be portraits, some of persons involved in London's literary scene. However, this source said that his attitudes about the Bloomsbury Set were not positive.

Lamb's painting style seldom reached very far into Modernism, though he did simplify on occasion and once in a while resorted to distortion. I might characterize it as 1930-vintage not-quite-traditional.

Lytton Strachy - 1914
An example of Lamb's use of distortion. 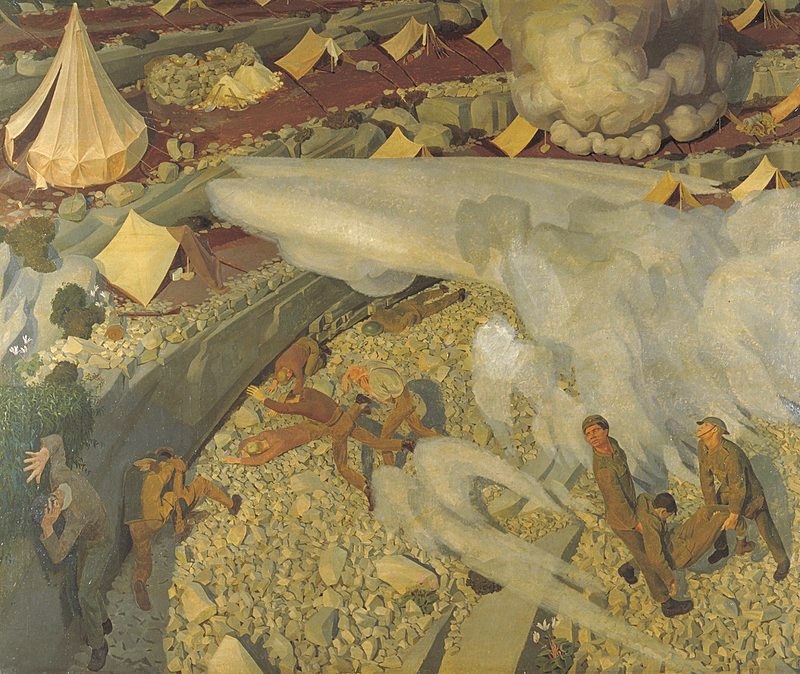 Irish Troops in the Judaean Hills Surprised by a Turkish Bombardment - 1919
Commissioned by the Imperial War Museum. 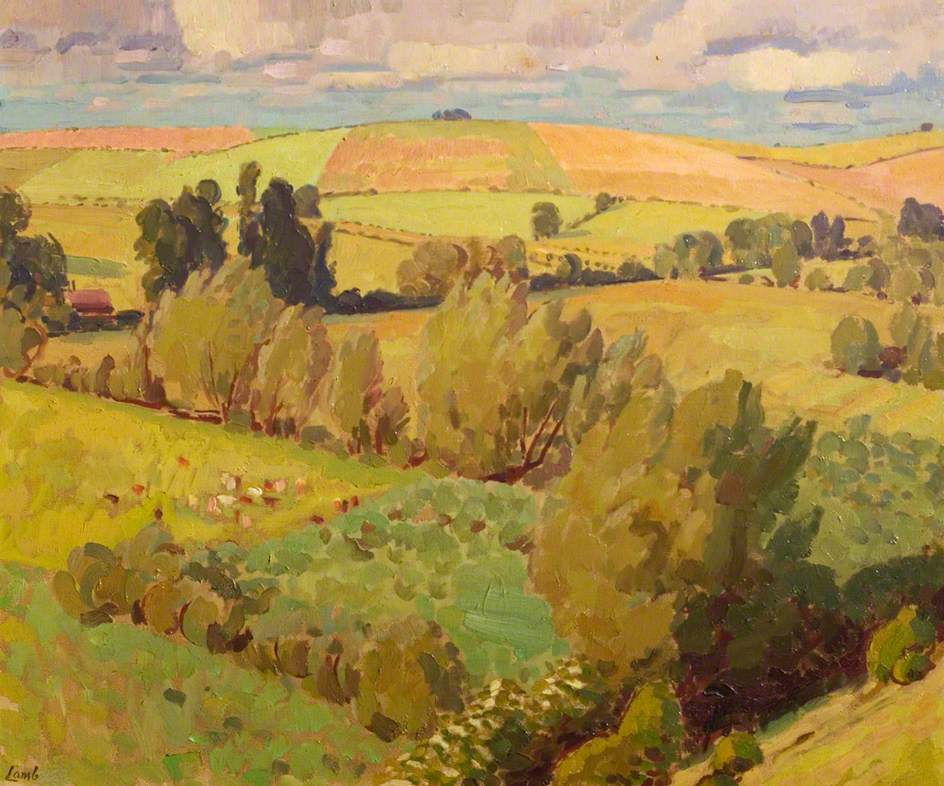 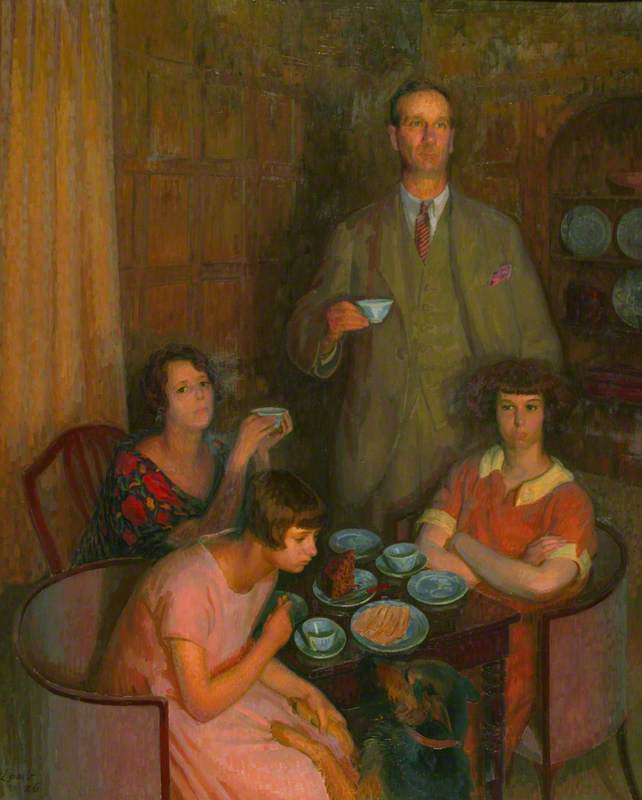 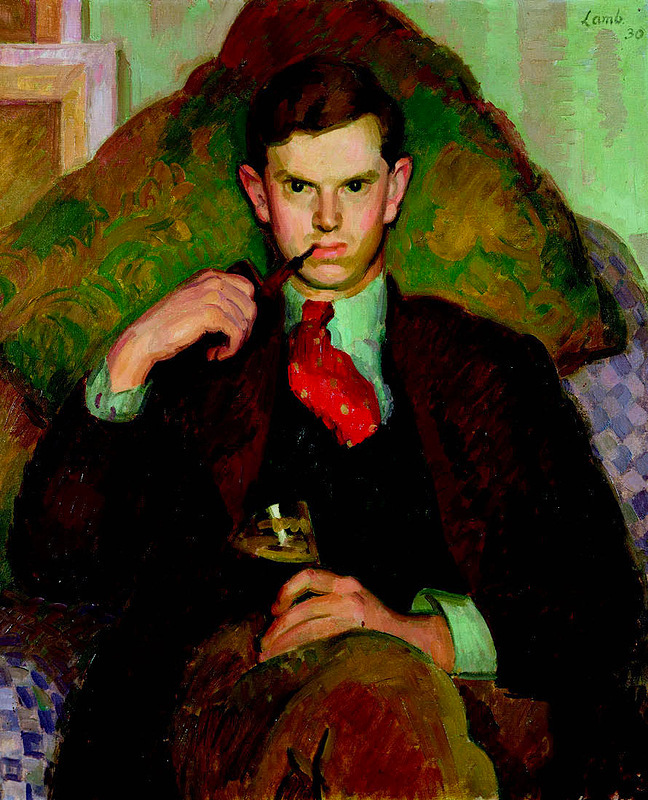 Evelyn Waugh - 1930
The author. I am not sure about the color, as some Internet images differ considerably. 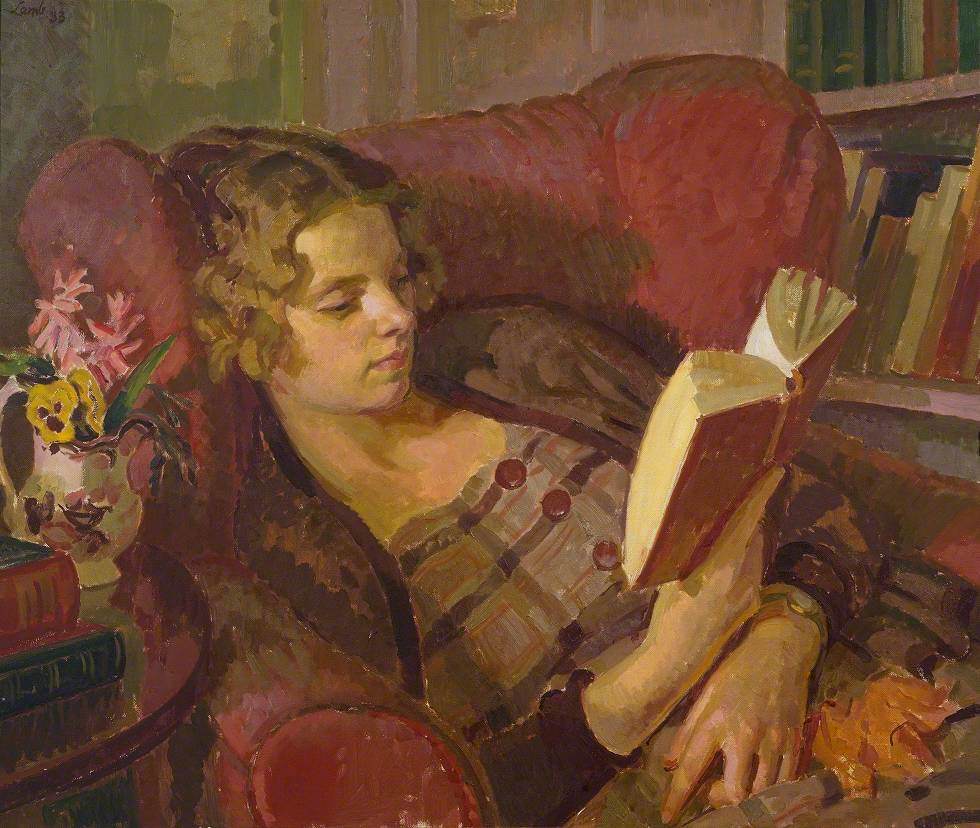 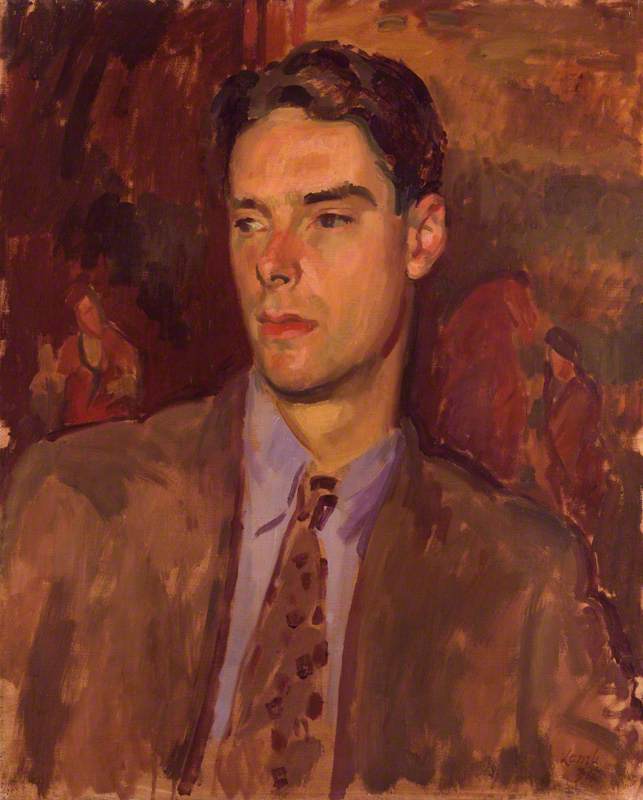 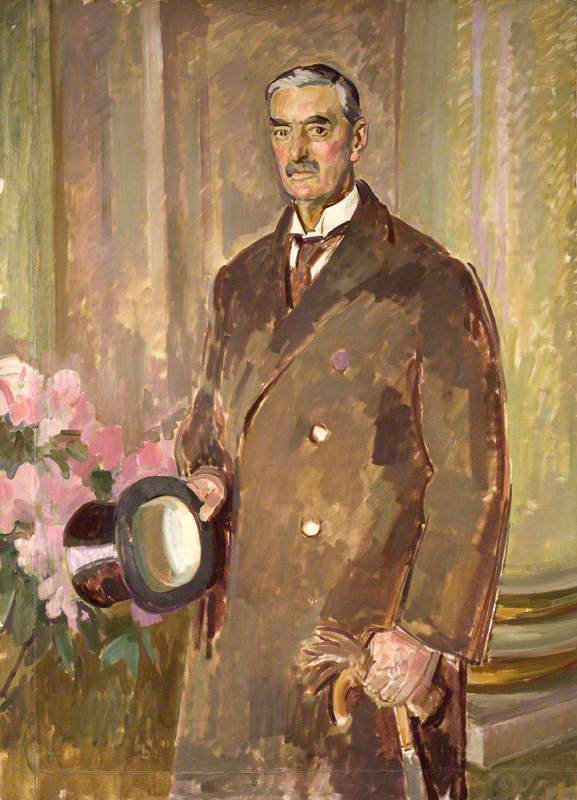 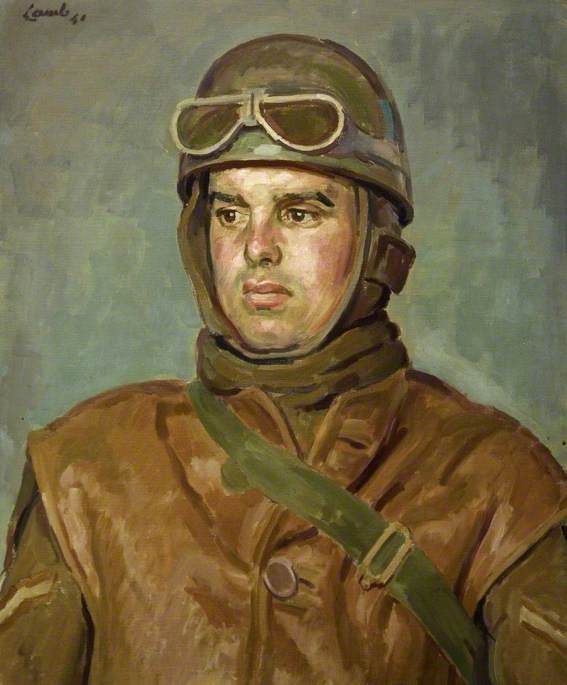 The Dispatch Rider - 1941
Painted while a war artist. 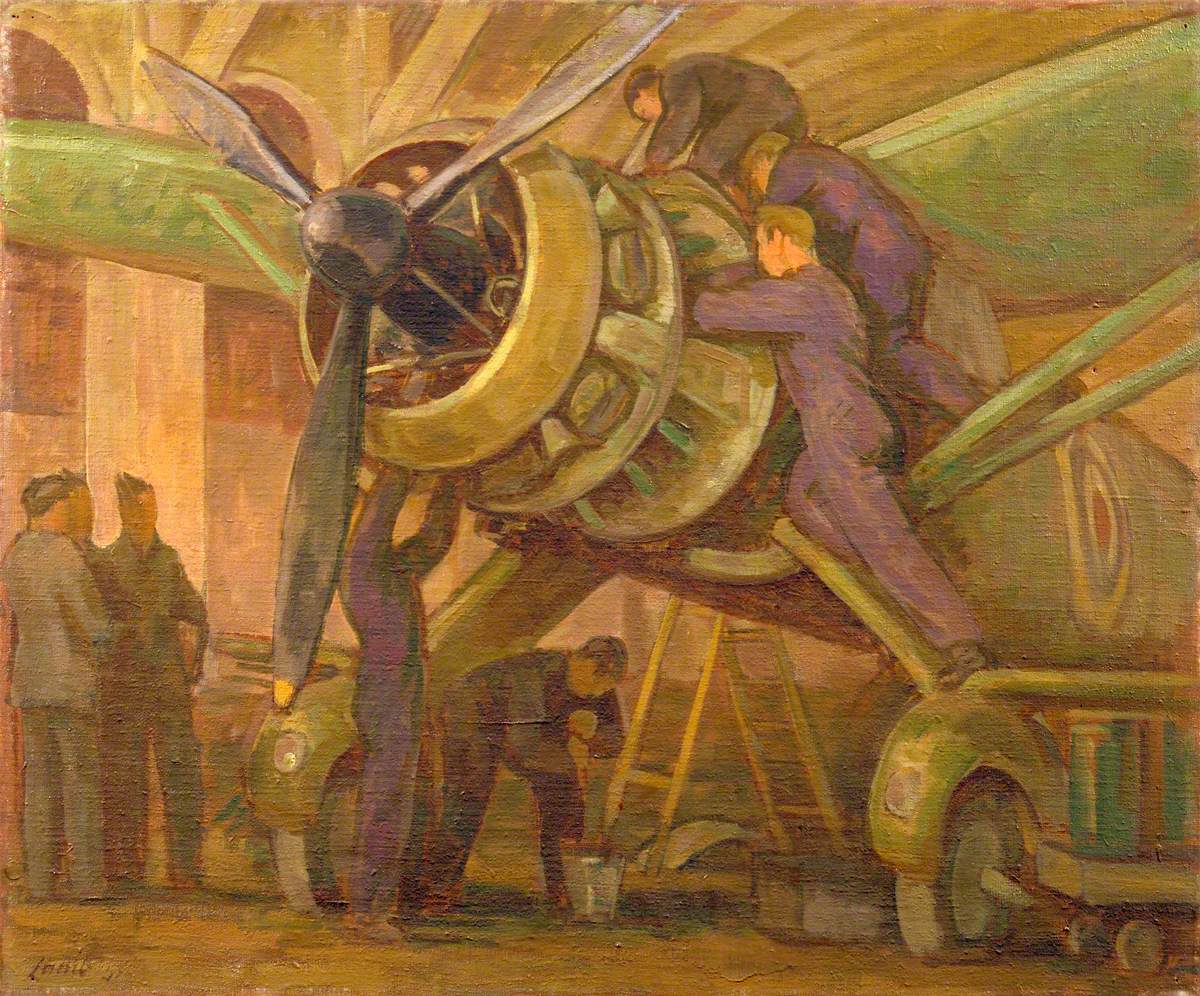 The Overhaul - 1941
That's a Westland Lysander observation aircraft.
Posted by Donald Pittenger at 1:00 AM