I hadn't known of Jes Wilhelm Schlaikjer (1897–1982) until he was featured in Illustration Magazine a few months ago.

For one thing, he wasn't included in my go-to reference book about illustrators, Walt Reed's The Illustrator in America, 1860-2000. Another reason I hadn't noticed him was that he seldom or never appeared in major magazines such as the Saturday Evening Post or Collier's nor in some other magazines that I sometimes saw when I was young.

His Wikipedia is here. It states that he was "most known for his recruitment and war bonds posters during World War II." The Illustration Magazine article also deals with his pulp magazine cover art and illustrations he made for the American Legion's magazine.

What struck me was how competent Schlaikjer was in depicting people. Most illustrators of his generation were competent at doing that, but he was at least half a notch above the average of the pack.

Sadly, his career ended when in his early 60s he contracted Parkinson's Disease which afflicted him for the rest of his long life.

The images below can be found in the Illustration Magazine article along with many more. You can probably still order that issue (No. 59). 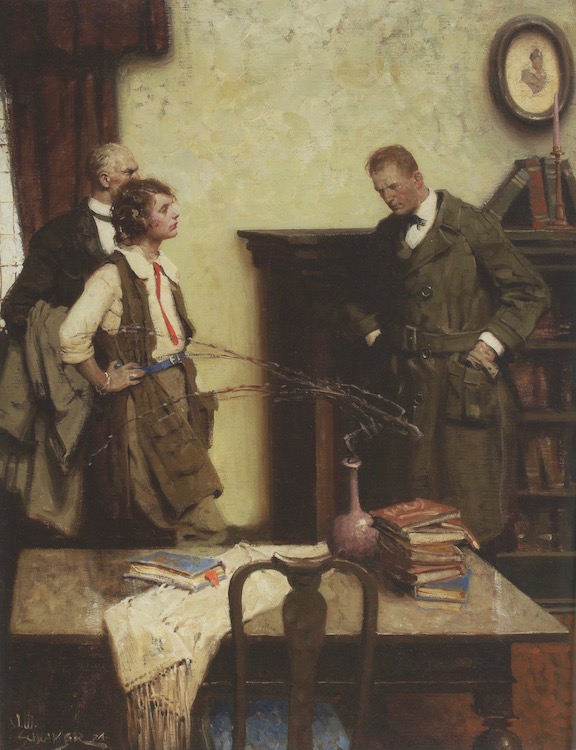 Story illustration - 1924
This is in line with illustration fashions of the time.  Reminds me of Dean Cornwell's early 1920s work, though the Illustration article does not mention any direct connection between the two men.  However, they both had training at Chicago's Art Institute and the Art Students League. 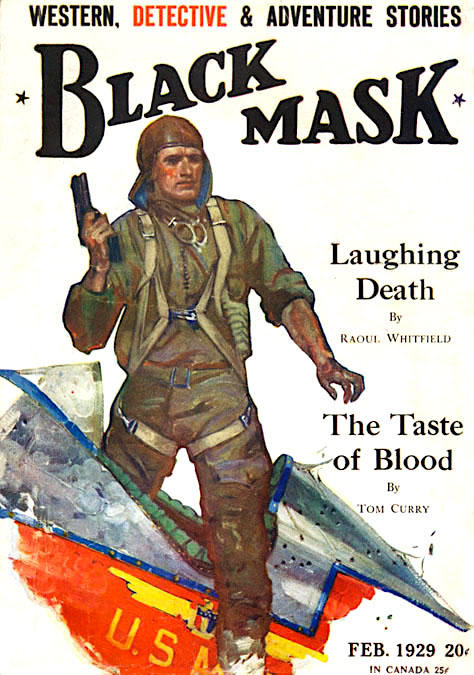 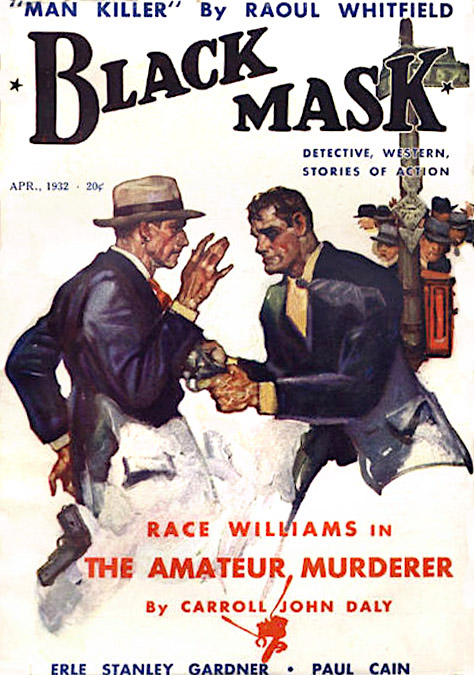 Black Mask magazine cover - April 1932
Another from a few years later, this in a style he mostly used for that magazine.  He signed his pulp work with the blob seen at the bottom of the image.  The Illustration article probably correctly speculates that his was done as a career-protection tactic -- so as not to be type-cast as a pulp illustrator. 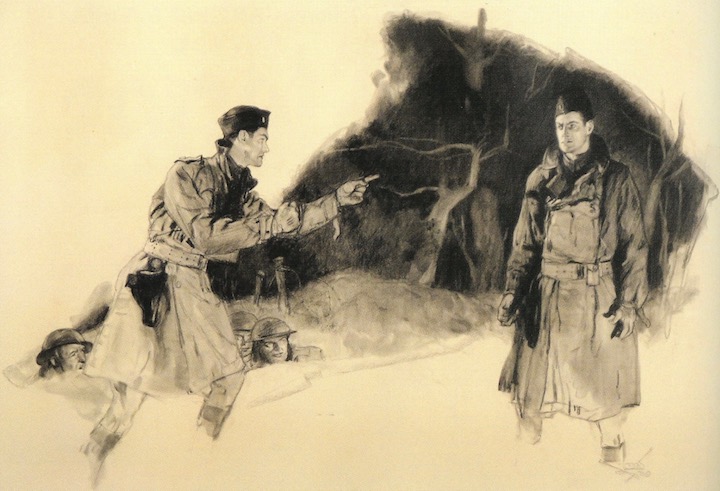 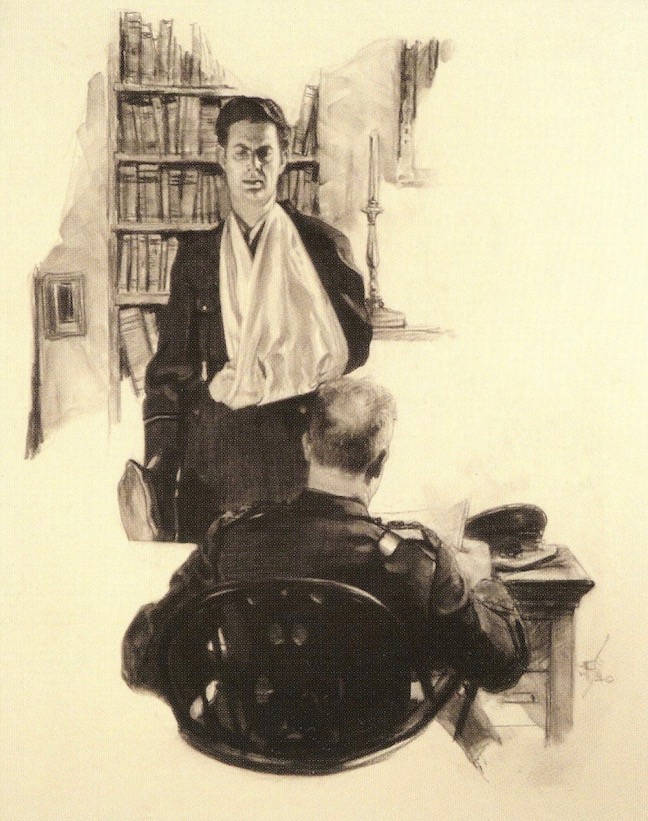 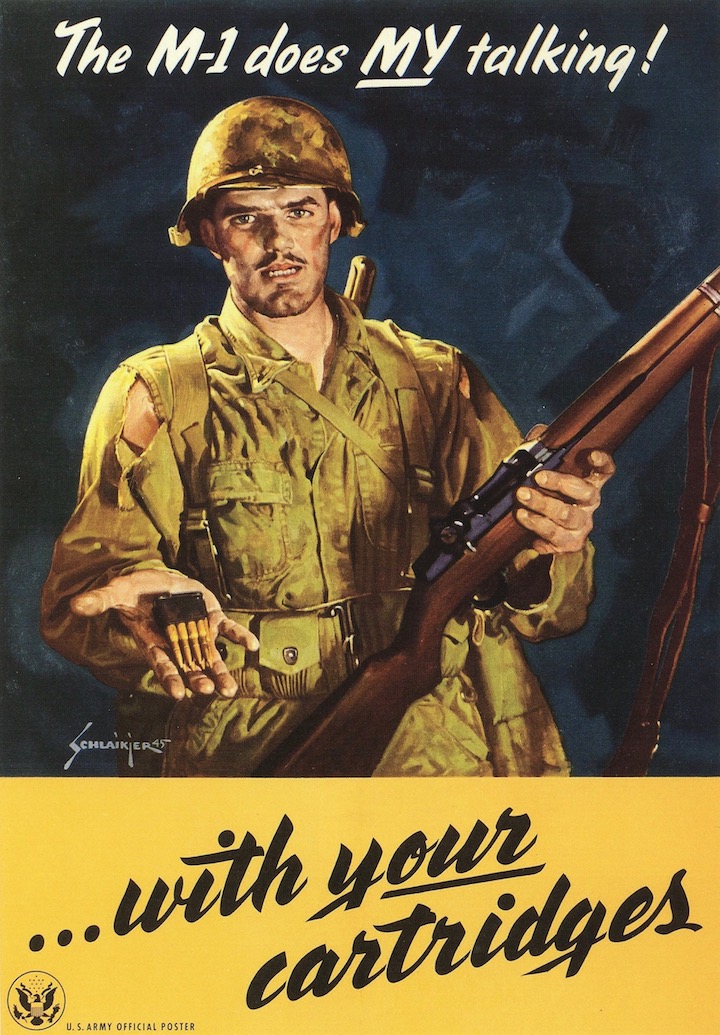 World War 2 poster
This features the famous M-1 (Garand) rifle.  I was issued one in basic training and liked it better than the later M-14 I had when stationed in Korea. 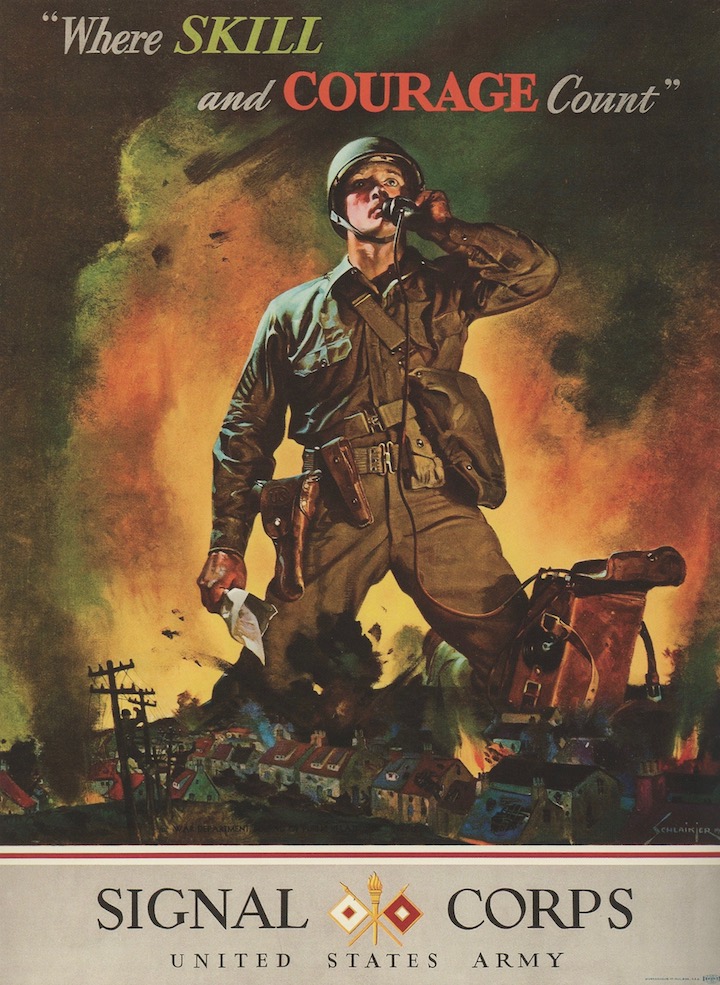 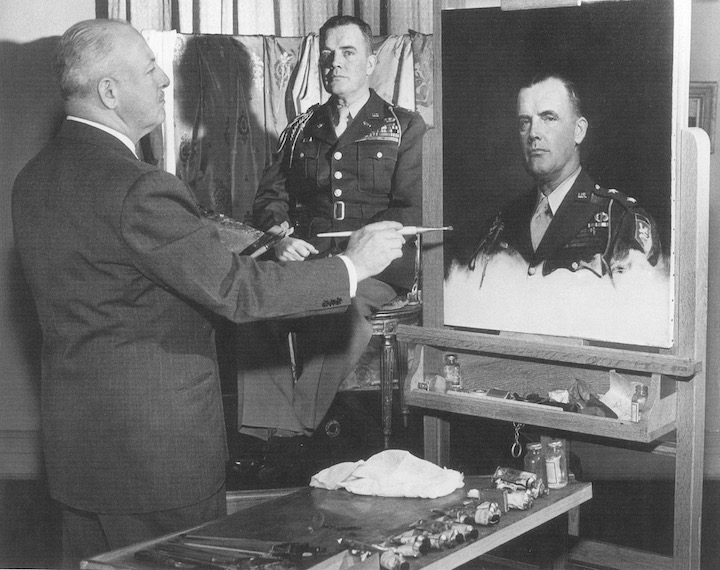 Washington Star newspaper photo of Schlaikjer painting a portrait of Major General Anthony C. McAuliffe - 1950
McAuliffe led the defenders of  Bastogne during the December 1944 Battle of the Bulge and famously told the Germans "Nuts!" when asked to surrender.  Note how well Schlaikjer captured McAuliffe.
Posted by Donald Pittenger at 1:00 AM