Stockton Mulford (1886-1960) lost his right eye in an accident when he was seven years old, yet became an illustrator. The best source of information regarding Mulford is David Saunders' Pulp Artists blog. It mentions that it took a while for him to work into becoming a full-time illustrator: he was active from around 1920 to 1946 when he was able to retire. During the Depression he seems to have mostly produced cover art for pulp magazines of various kinds.

Examples of Mulford's art are below. They vary in quality, the pulp art being the lowest. Perhaps because the pay was poor he put less time into those pieces. Judging from the examples below, he seems to have done his best work during the mid-1920s.

There is one outstanding illustration that he never came close to equaling, so far as I can tell at present. Sort of like the novelist who has only one great book. You'll find it at the bottom of the scroll. 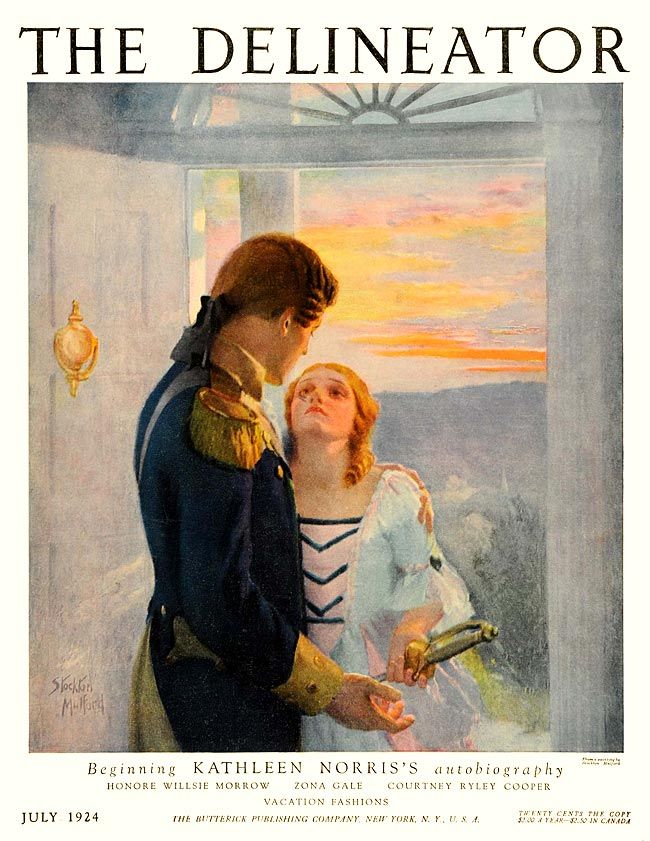 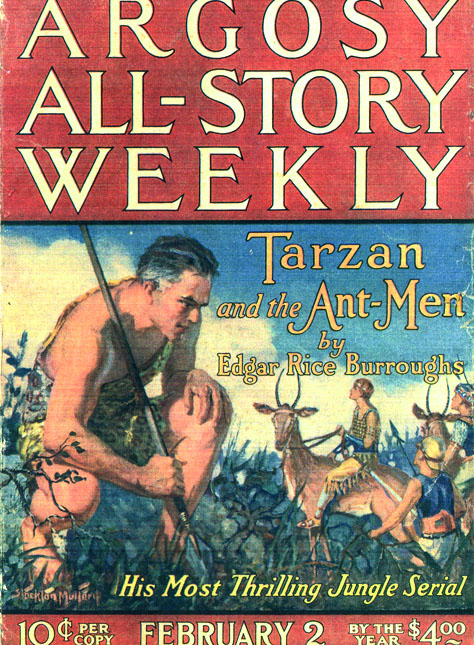 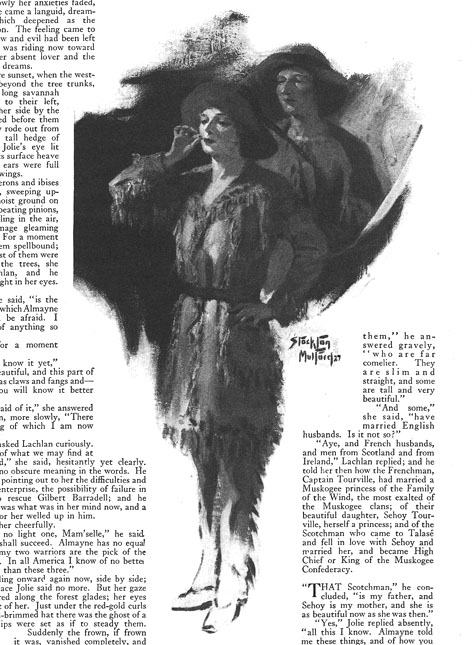 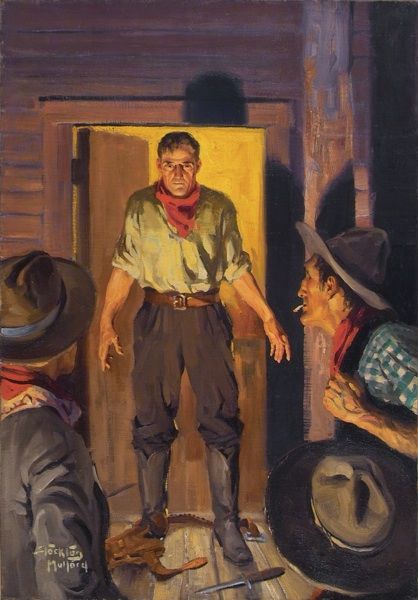 The plain area at the top suggests this is cover art for a magazine or perhaps a book (it provides room for a title, etc.). 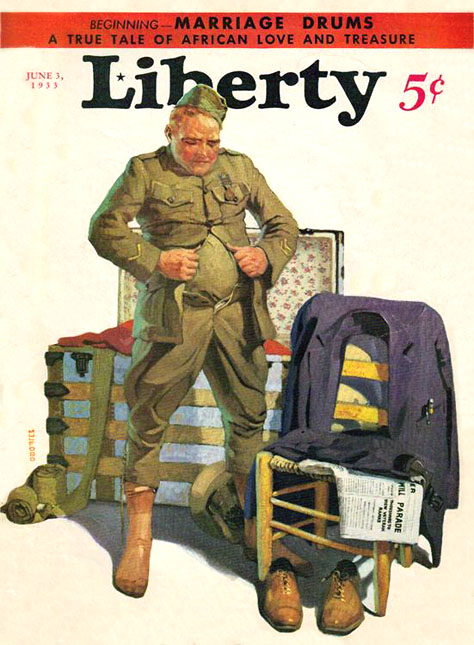 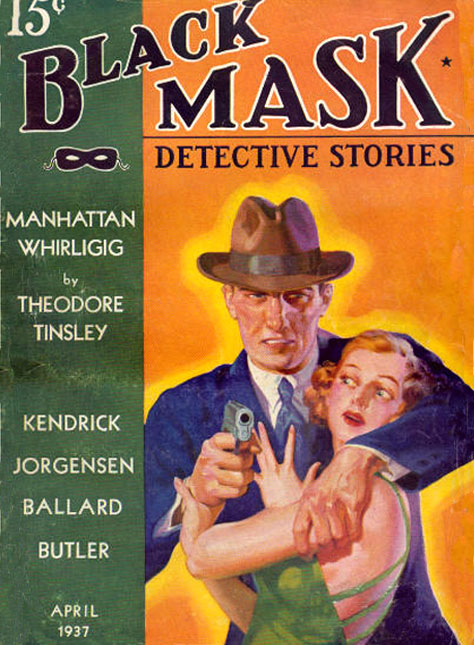 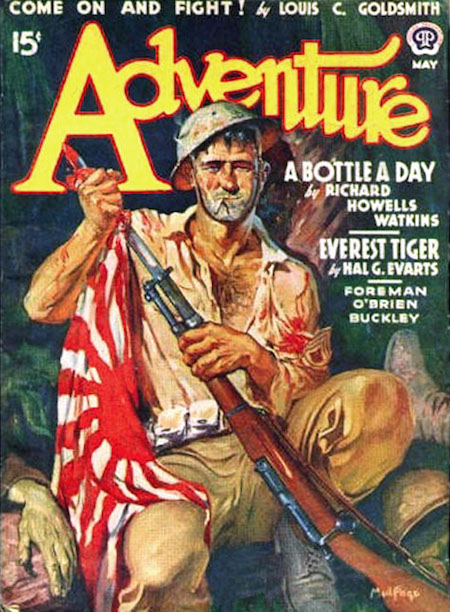 Adventure Magazine cover - May 1942
Probably painted a couple months after the Pearl Harbor attack. At that time, the only major encounter between the American and Japanese armies was in the Philippines, on Bataan Peninsula. 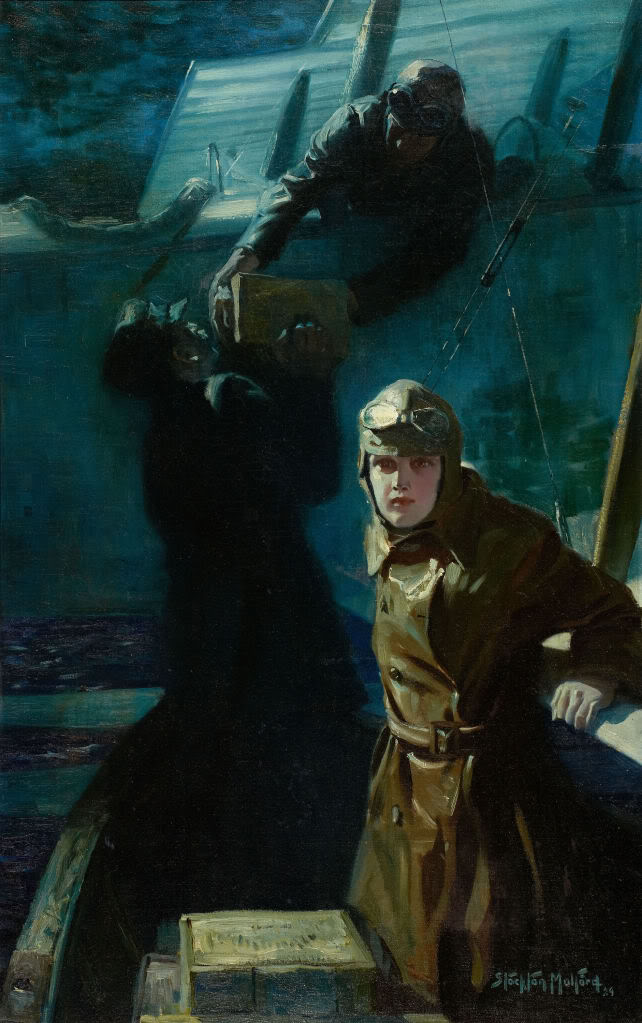 The Long Call - Everybody's Magazine cover art - April 1924
This is a fine illustration. In my opinion, only the Delineator cover art and the American story illustration come close -- but not very close. I wonder why Mulford wasn't able to consistently do this well.