Otto Koloman Wagner (1841-1918) was one of the first architects to move away from Classicism towards Modernism. His mature style was something of a geometrical version of the Art Nouveau style or Jugendstil, as it was known in German speaking countries. A brief biography is here.

One of his noteworthy creations was the 1899 Karlsplatz Stadtbahn Station in Vienna -- the Stadtbahn being the municipal railway system.

Ten years or so ago when I was visiting Vienna, I noticed a poster dealing with the Karlsplatz station building in a display window. I continued walking for a short distance, but then turned back to the shop because I felt I had to have that poster (and I almost never buy posters).

I know nothing about the poster's origin. It incorporates elements of architectural presentations, but might possibly be a presentation in itself created by Wagner's firm.

Here it is: click on the images to enlarge. 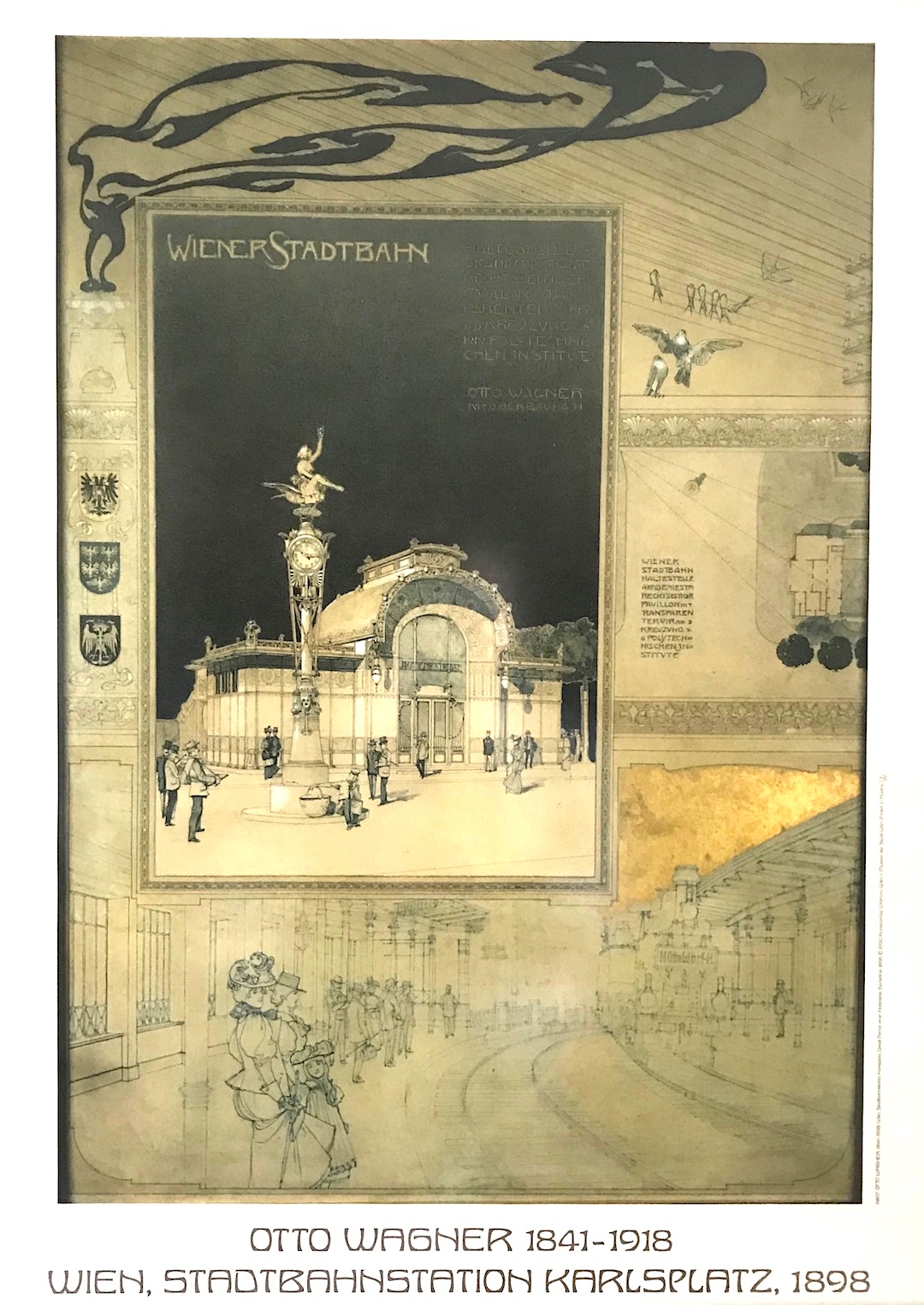 A slightly cropped photo I took of my poster. 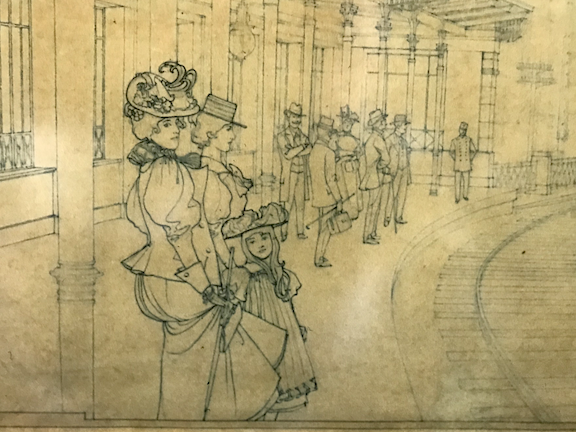 I find these women charmingly depicted. Whoever drew them knew what he was doing artistically.  When I was taking first-year architectural design, most renderings on display showed people as blobs with legs.
Posted by Donald Pittenger at 1:00 AM

I am besotted with the architectural goals of Wagner, Le Corbusier, Loos, Behrens etc, even if some of their structural or decorative elements did not turn out well. They were brave and innovative men!