Carl Theodor von Piloty (1826-1886) was a leading Munich academic painter during the third quarter of the 19th century (Wikipedia entry here). That entry and Google prefer to spell his first name as Karl -- the typical German spelling. However, the German Wikipedia entry as well as plaques for his works displayed at Munich's Neue Pinakothek use the spelling seen in this post's lead sentence. Presumably that version was his preference.

The term "pompier" used in the title was a late-19th century term a derision applied to academic painting, as explained here. True, Piloty was that for most of his career, but I find his paintings generally less stilted than many others of that ilk. 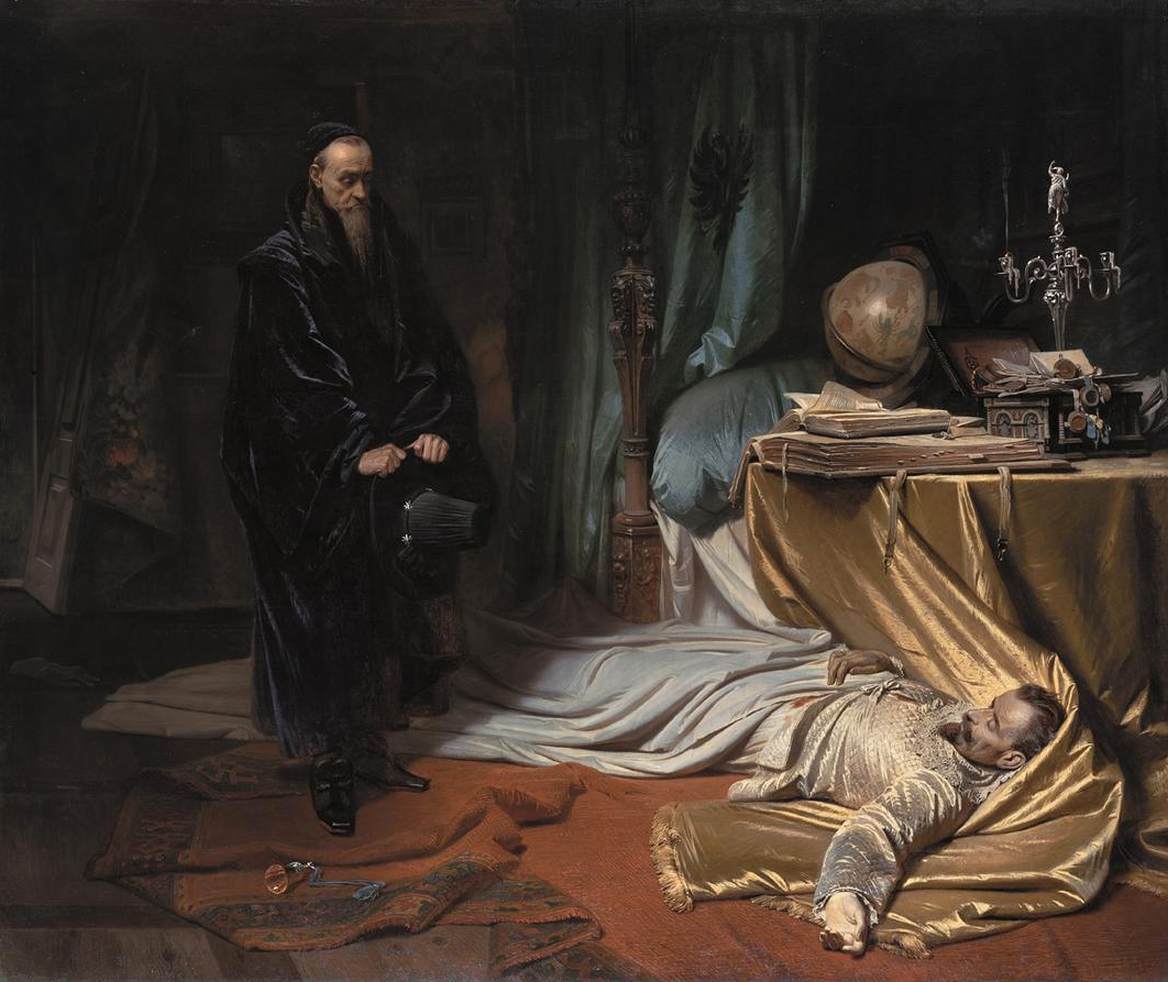 Seni in front of Wallenstein's Body - 1855
Wallenstein was a leading general during the Thirty Years War (biographical information here). Eventually he was assassinated, the inspiration for this painting. 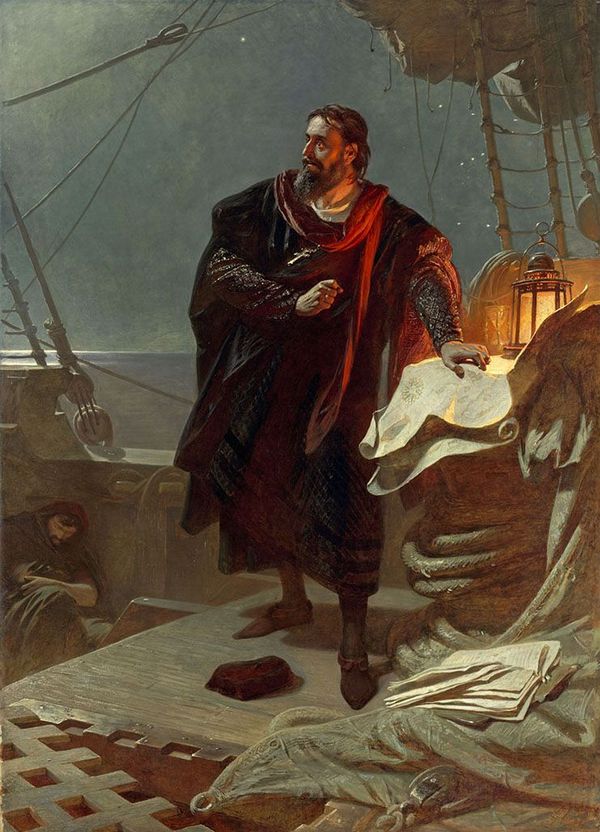 Christopher Columbus - 1865
On display at the Neue Pinakothek. 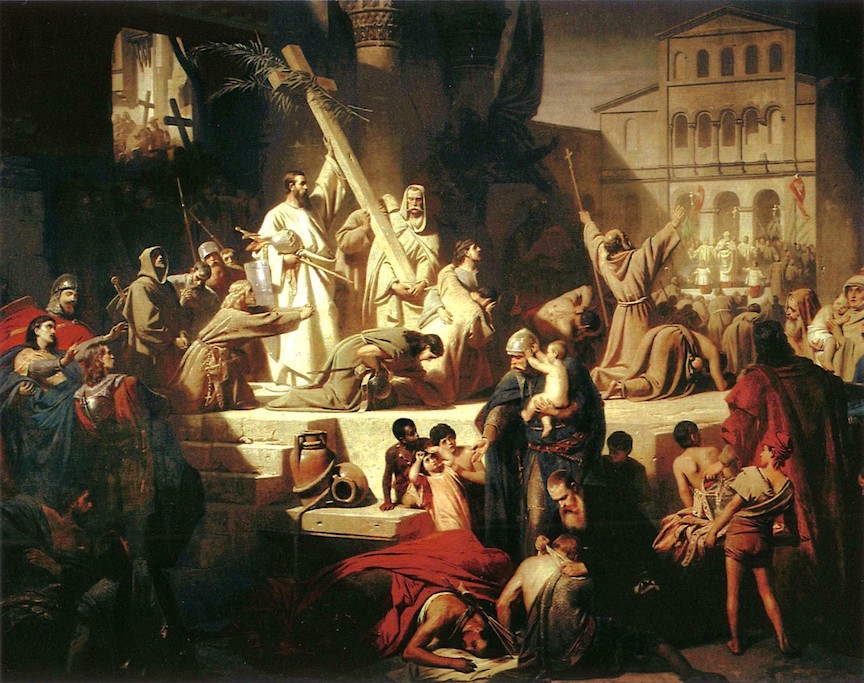 The Taking of Jerusalem by Godfrey de Bouillon 1099 - c. 1855-60
Pompier subject matter -- a scene from the Crusades. Note the strong triangular composition. 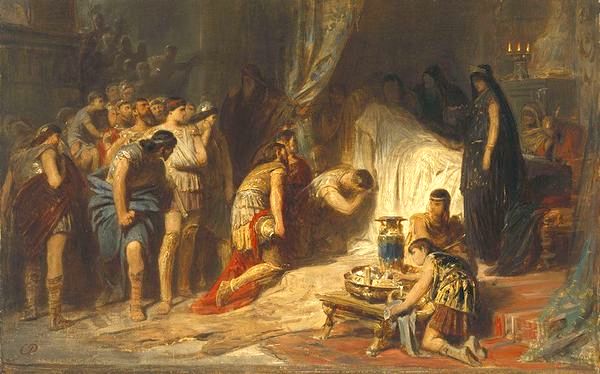 Death of Alexander the Great - c. 1885
A late painting. Here the composition is a wedge at the left pointing towards the sheet covering Alexander's body. 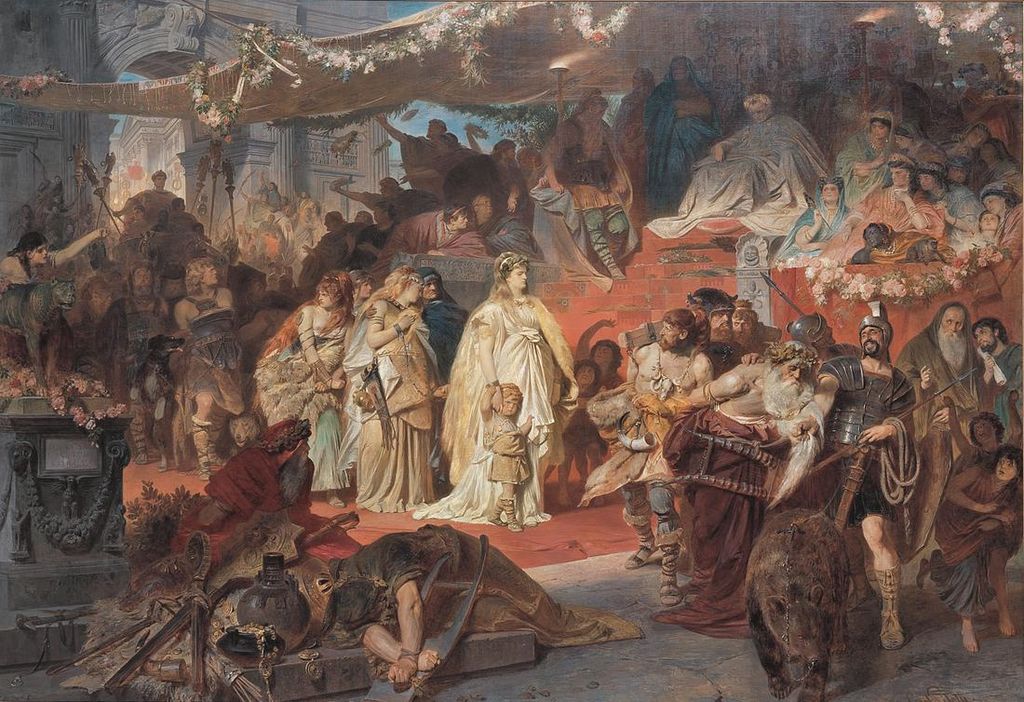 Thusnelda at the Triumph of Germanicus - 1873
Background on the subject matter is here. This was painted when Piloty was probably at the height of his powers. His approach is something like that of a mural painter where an important objective is to fill the real estate with detail. In other words, it's not a painting to be grasped at a glance. The viewer is expected to scan it, seeking out and savoring various details the artist has provided. I must confess that, alas, my attention span is not geared for this. 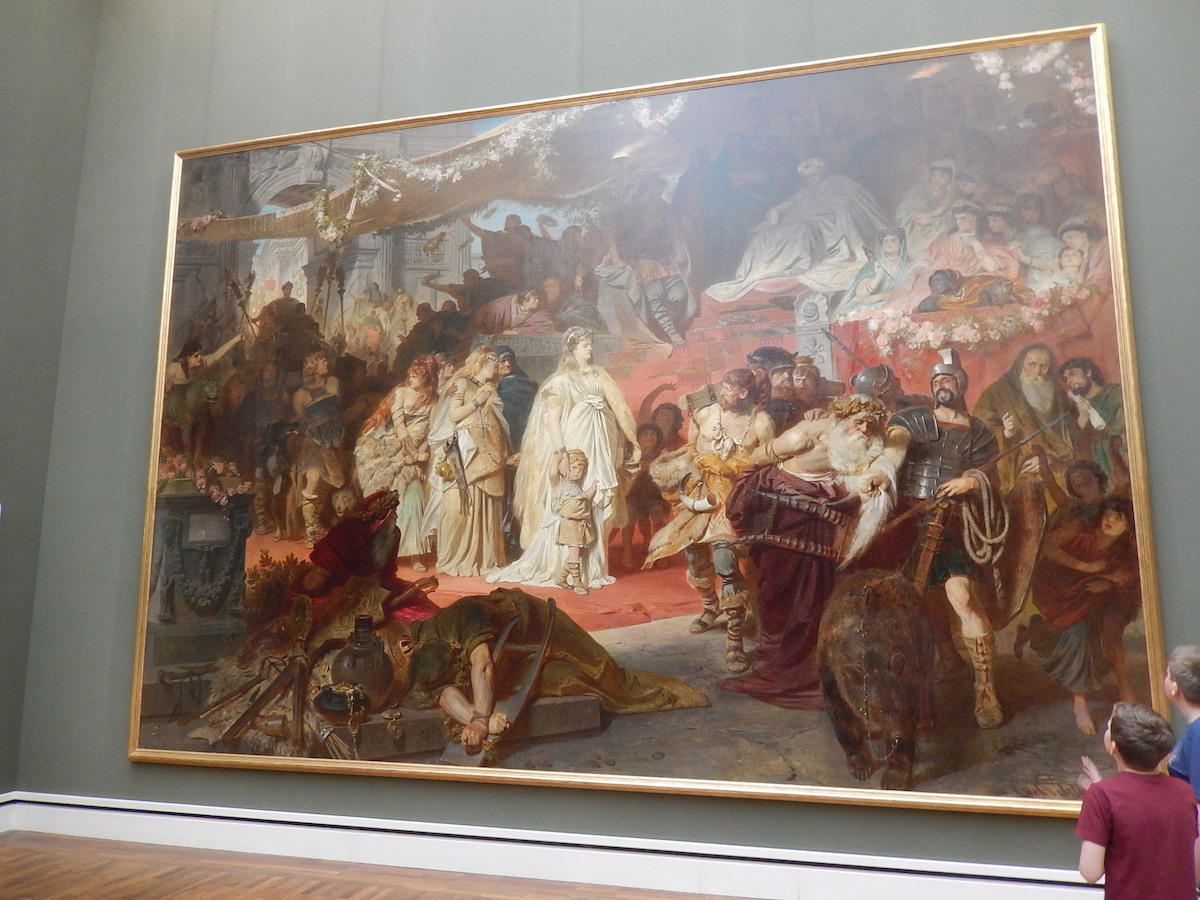 The painting is huge. Note the youngsters at the lower right of my Neue Pinakothek photo that provide some scale. 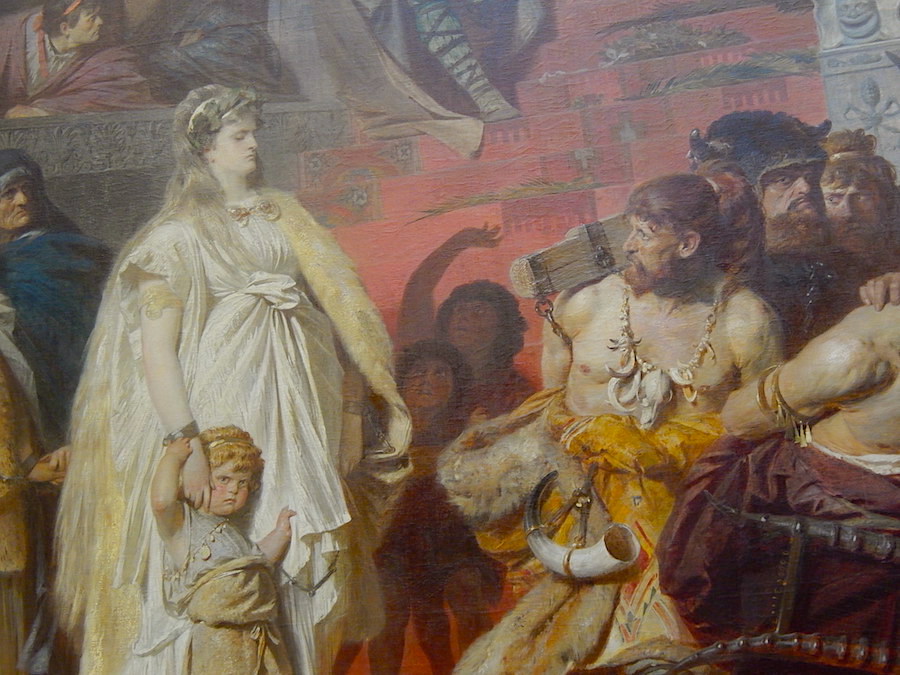 Here is a part of the painting featuring Thusnelda. For some reason I don't find her very
interesting. In compensation, look at the expressions on the faces of the men at the right. Also, apologies for the usual poor-quality museum setting photography. 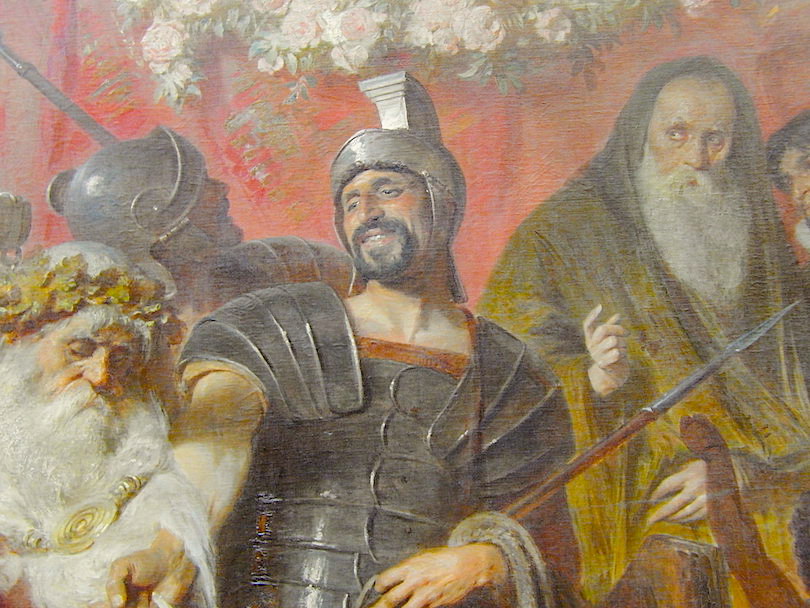 Another close-up. This is of the soldier at the lower right shown riding a bear. Again, note the facial expressions: well painted.