Helene Schjerfbeck: From Skilled Realism To ...

Helene Schjerfbeck (1862-1946) is widely regarded as one of Finland's most significant artists. I'd put her raw talent up there with that of Albert Edelfelt and Akseli Gallen-Kallela. She was a very good representational painter with a deft brushwork touch, but began to be seduced by Modernism about the time she turned 40. Thereafter, she painted some interesting works along with a number of second-rate derivative ones.

Her background is a little too complicated for this blog post to present, so I encourage you to link to her Wikipedia entry, these comments dealing with a Frankfurt Kunsthalle exhibit, and this rather lengthy and detailed set of observations and biographical items by a Belgian art critic.

The key point to bear in mind is that even though she lived to age 83, Schjerfbeck had poor health for most of her life. A childhood hip injury is mentioned, so perhaps she remained partly crippled. Also mentioned is chronic lack of energy that could have had a different cause.

Below is a chronologically arranged selection of images of her work found here and there on the Internet. 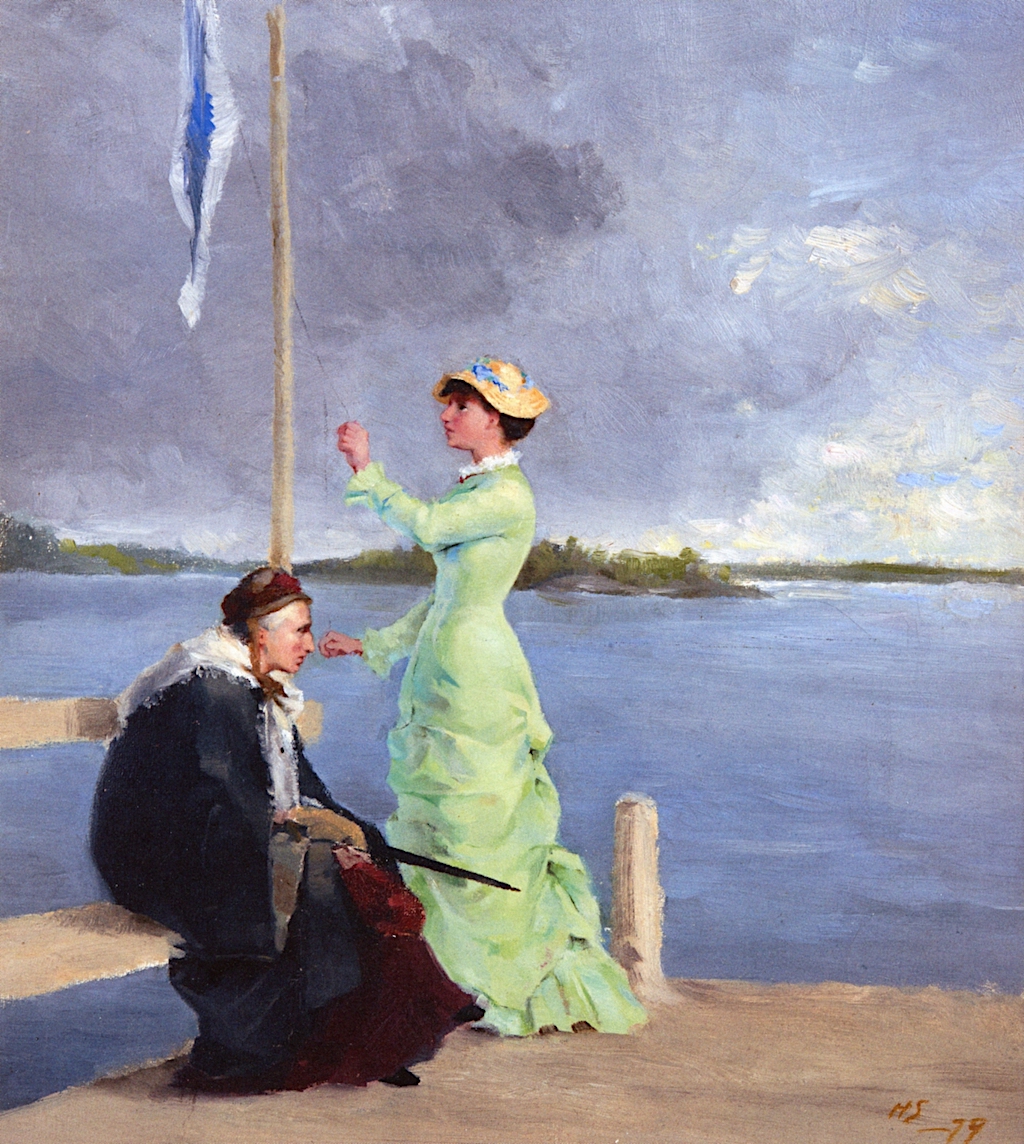 On the Jetty - 1879
This is the earliest painting of hers that I could find, made when she was about 17. 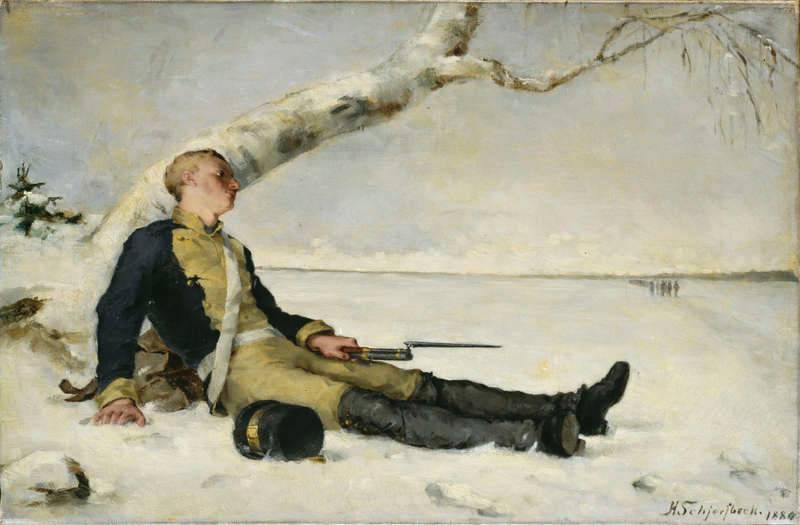 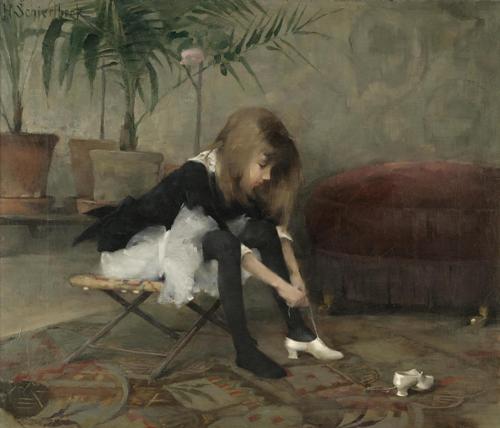 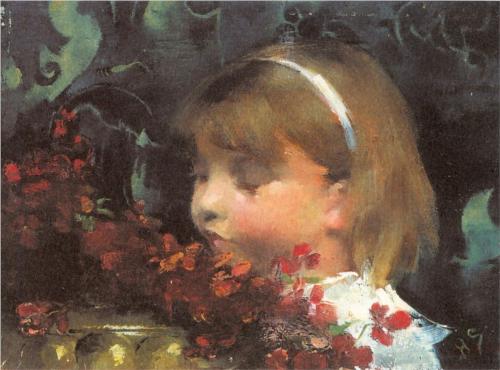 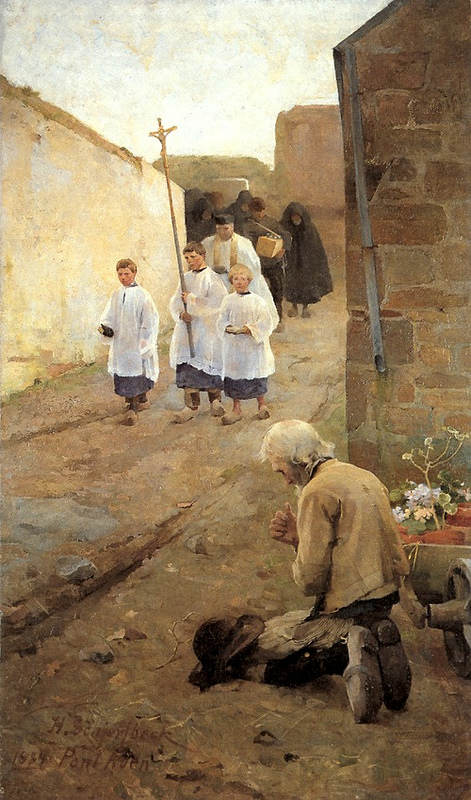 Funeral in Brittany - 1884
Schjerfbeck had some art training in Paris and, like a number of other painters, spent some time in Brittany. 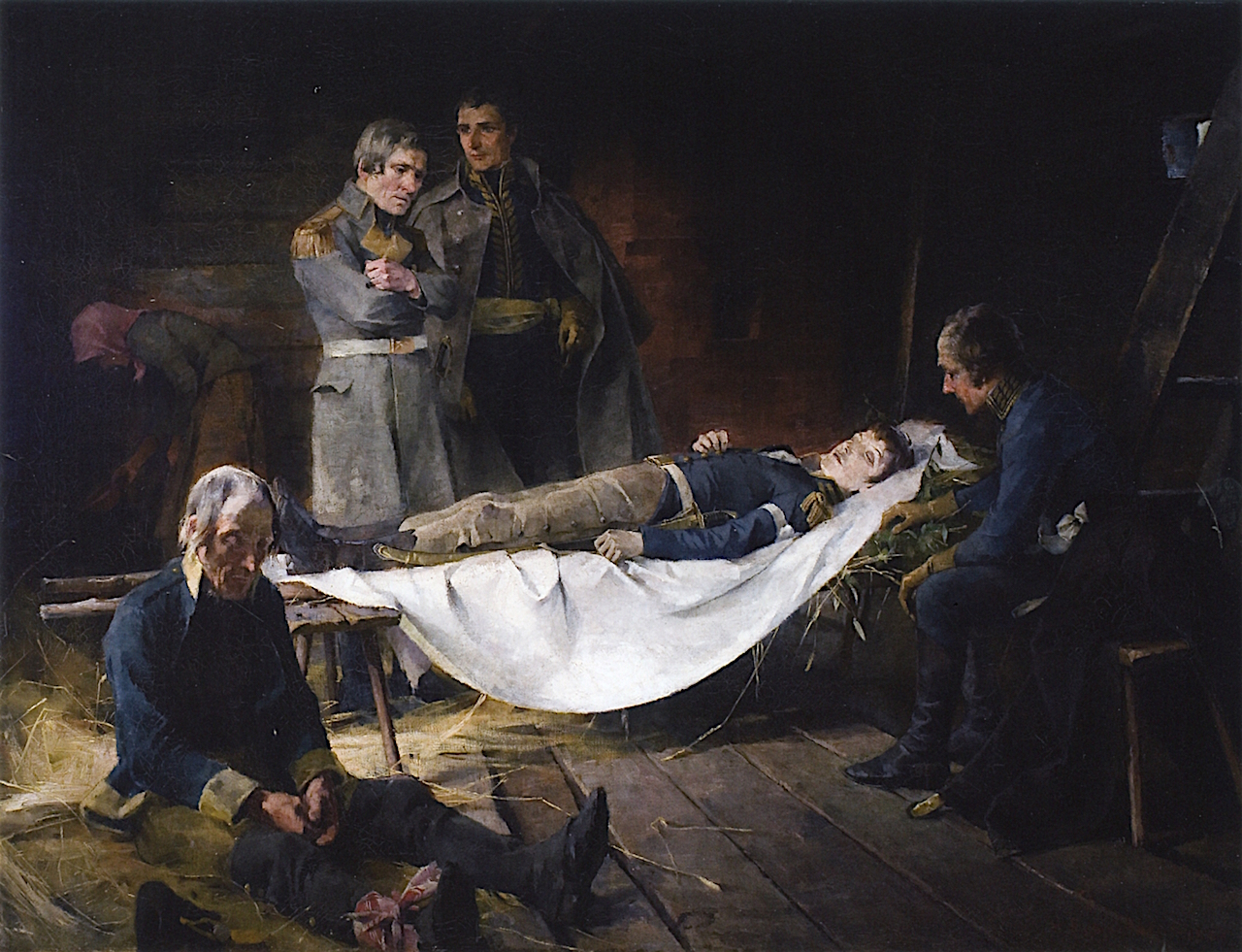 Death of Wilhelm von Schwerin - 1886
Perhaps because this kind of thing was expected in those days, she painted a scene from history. 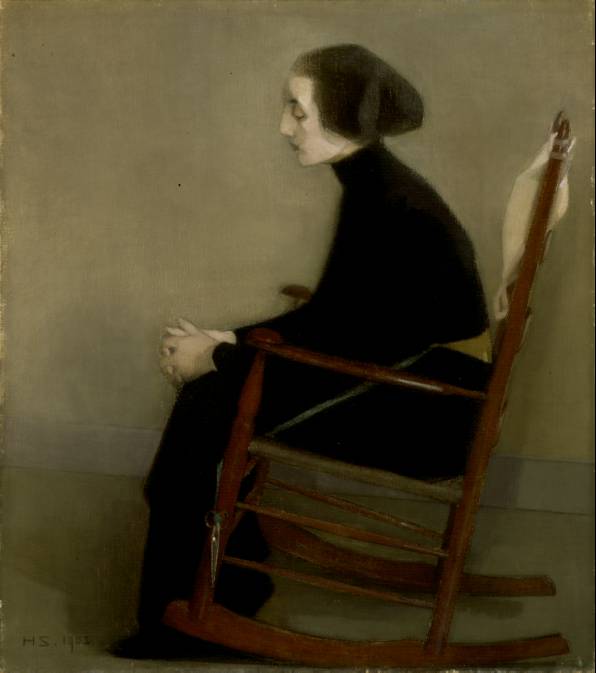 The Seamstress - 1903
During the 1890s Schjerfbeck taught at a Finnish art school and apparently painted little, if what can be found on the Internet is any clue. But here, in her early 40s, we find representation starting to edge away into Modernism. 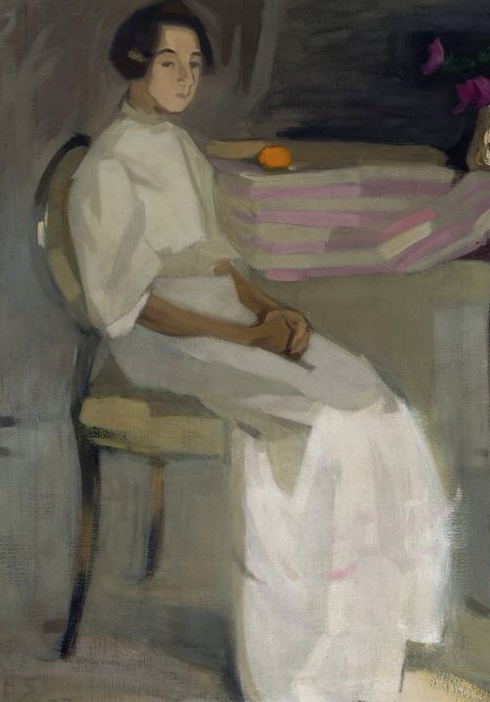 Costume Picture II (also known as Girl with Orange, The Baker's Daughter) - 1909
By this point, her paintings are becoming more thinly painted and the subjects simplified. I wonder how much of this was modernist influence versus whether this was somewhat due to her limited energy level. 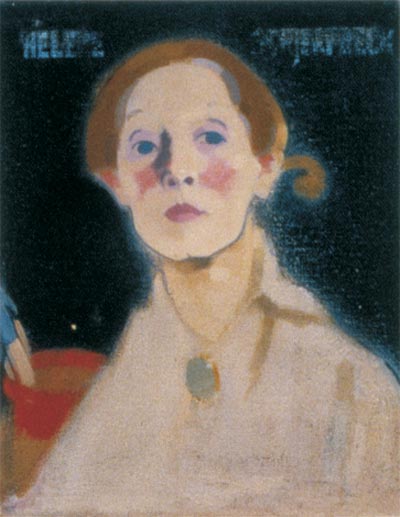 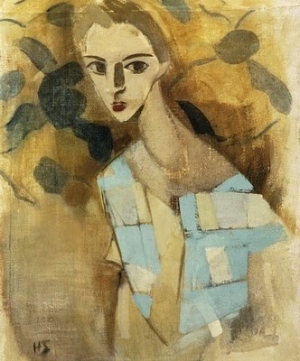 Girl from Eydtkuhnen - 1927
Cubist influence. She did many paintings of women featuring simplified faces similar to what you see here. 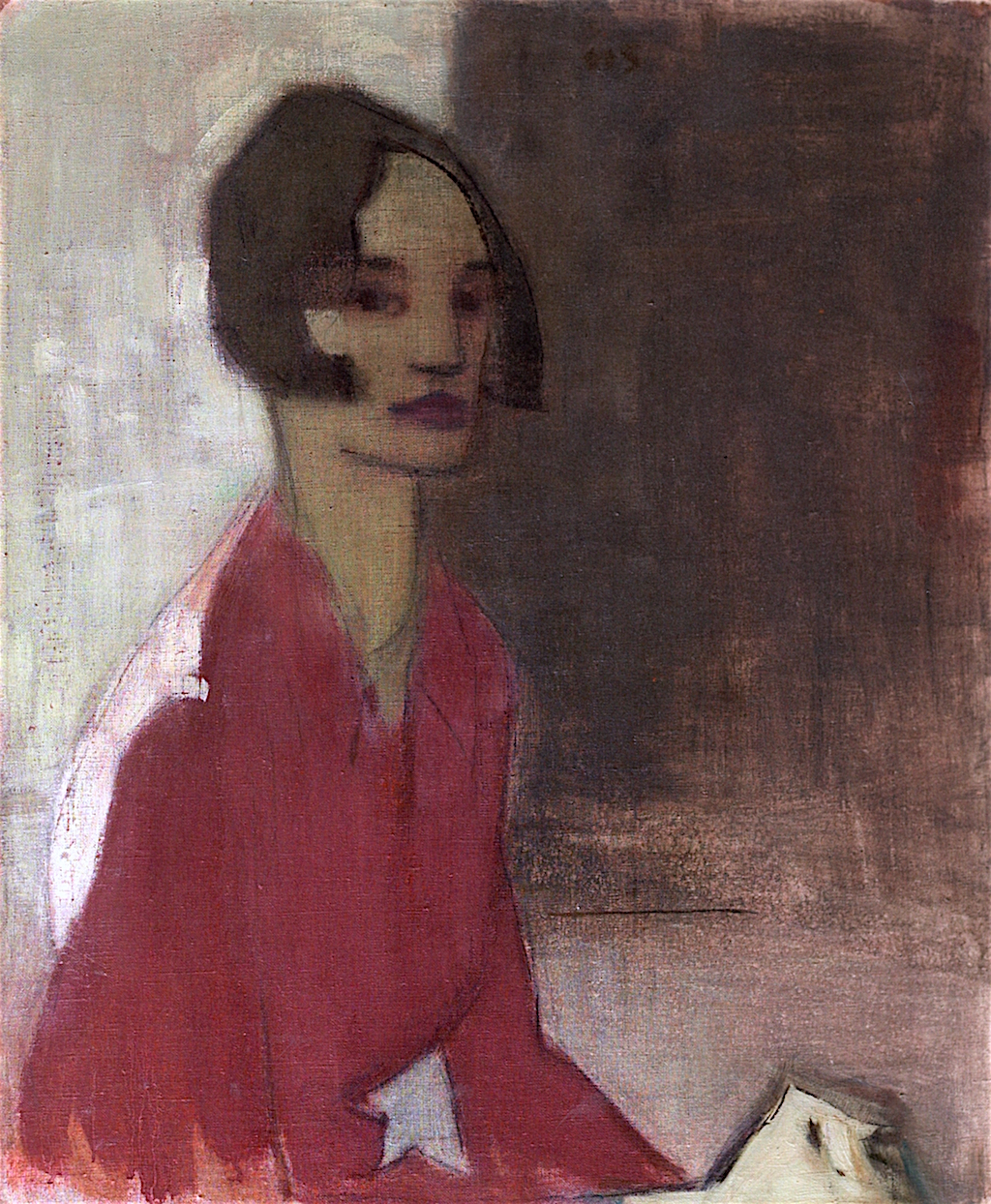 Brown Eyes - 1935-37
Schjerfbeck was aware of art trends outside Finland, but avoided the fashionable Social Realism style during the 1920s and 30s. 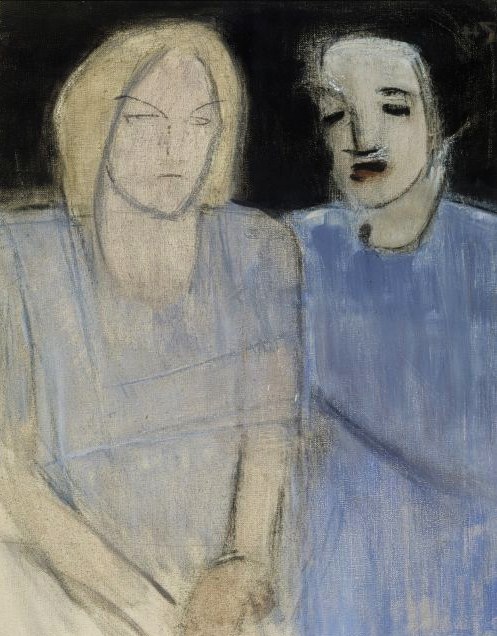 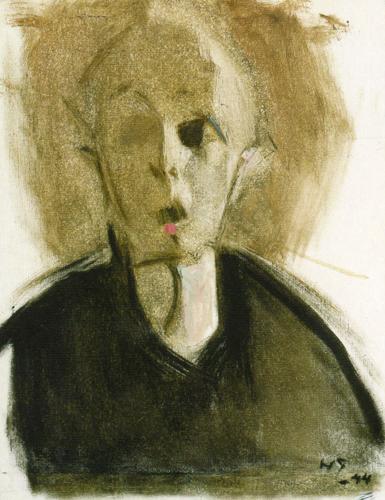 Self-Portrait with Red Spot - 1944
One of her last works.
Posted by Donald Pittenger at 1:00 AM