The painting is based at the Plymouth Museum and Art Gallery, not very far from Newlyn in Cornwall, where it was painted. I was on a bus tour of England's West Country recently, and hoped to track it down while passing through Plymouth. Alas, the tour provided no time for that. Not that it mattered, because Plymouth is in the process of consolidated several museums into one structure, and all are closed during the construction.

That afternoon the tour bus dropped us off at St. Ives, a flashier arty spot on the north shore than Newlyn on the south shore of the peninsula, about ten miles away by road. I never quite got to Newlyn, but took photos in St. Ives, one of which gives us idea as to how well Forbes captured Cornwall beaches at low tide. Click on the images to enlarge. 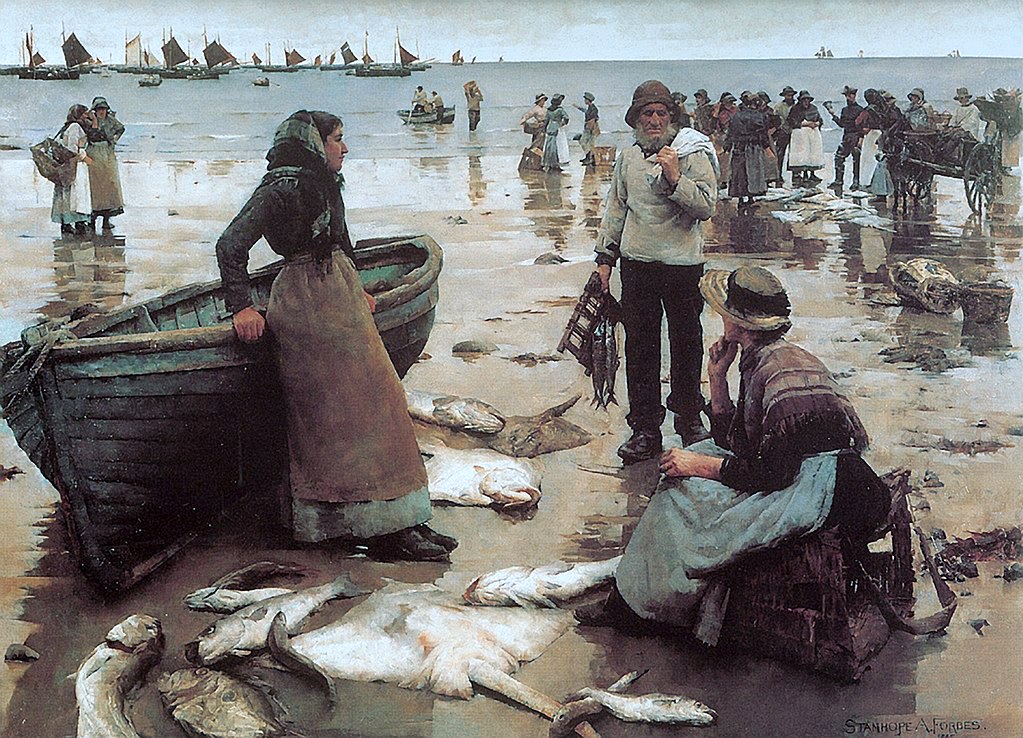 A Fish Sale on a Cornish Beach - 1884-85
The painting's Wikipedia entry is here. 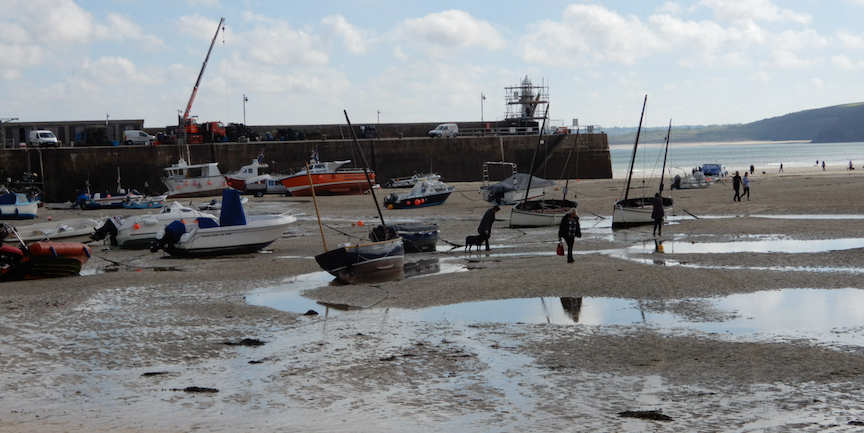 I loved Walter Langley and Stanhope Forbes, even though they were intentionally old fashioned and romantic. Newlyn must have been (relatively) sunny, the population was hardworking, and the air and sea looked clean.

Thank you for the link
Hels
https://melbourneblogger.blogspot.com/2016/03/stanhope-forbes-from-newlyn-in-cornwall.html