Mario Chiattone (1891-1957) is not nearly as famous as Antonio Sant'Elia (1888-1916), who I wrote about here. Both were architectural theoreticians caught up with extending the ideas of Otto Wagner while embracing the Italian Nuovo Tendenze and Futurist movements (Chiattone less so for the latter than was Sant'Elia).

I could find almost nothing about Chiattone on the Internet. A short Italian Wikipedia entry is here. A short sketch in Dutch is here. A longer piece, but with little biographical information is here, though it has many examples of Chiattone's and Sant'Elia's drawings.

The most detailed information I have is from this book. On pages 99-100 Esther da Costa Meyer writes:

"The only other architect [besides Sant'Elia] in the [Nuove Tendenze] group, Mario Chiattone, is a key figure in the understanding of Sant'Elia. Young, wealthy, and well schooled, Chiattone had a thorough grounding in modern art. His father, Gabrielle Chiattone, himself an artist and connoiseur of contemporary art, became one of the earliest patrons of [the Futurists] Boccioni and Carrà. Sant'Elia and Chiattone met in 1909 at Brera, where both were studying architecture... Between 1913 and 1914 they shared a studio building owned by Chiattone's father...

"On the whole it was Chiattone, not Sant'Elia who presented the most dazzling and, with the benefit of hindsight, the most prophetic vision of the modern metropolis... But although the verticalism is more pronounced and the antihistoricism more radical, this cityscape is less complex than Sant'Elia's. There is less emphasis on circulation, and the traffic levels are limited to two. Unlike [Sant'Elia's] Città Nuova, it is situated on the waterfront, although water itself is not exploited for transportation.

"Surprisingly enough, while Sant'Elia's projects were extolled for their modernity, Chiatttone was all but ignored by the critics [of the Nuove Tendenze exhibit]... Why Chiattone's contemporaries failed to notice him remains a mystery."

I do not know if Chiattone served in the Great War (Sant'Elia was a junior officer and killed in action). But by the early 1920s he had moved to Ticino, the Italian-speaking Swiss canton where it seems he spent the rest of his life. 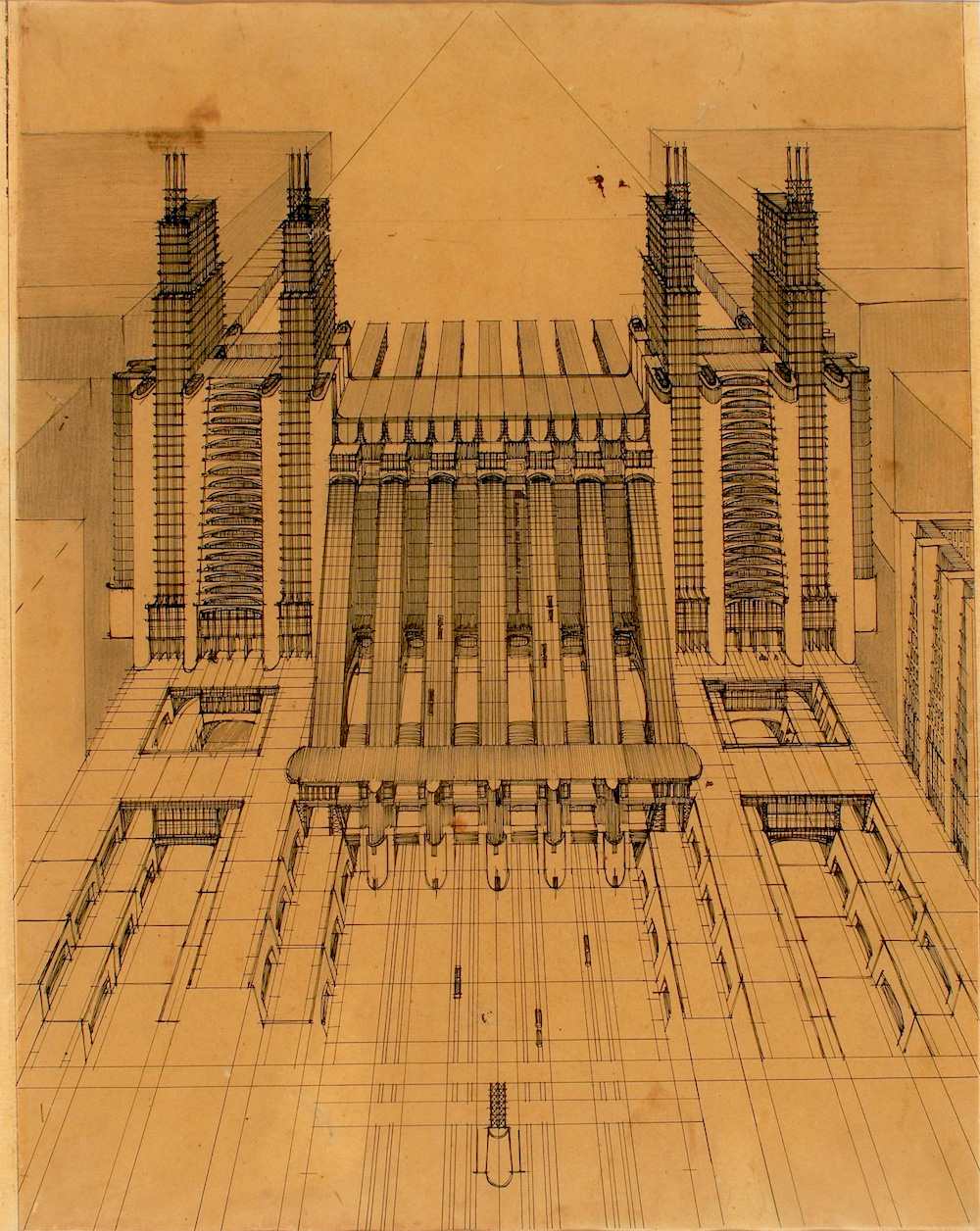 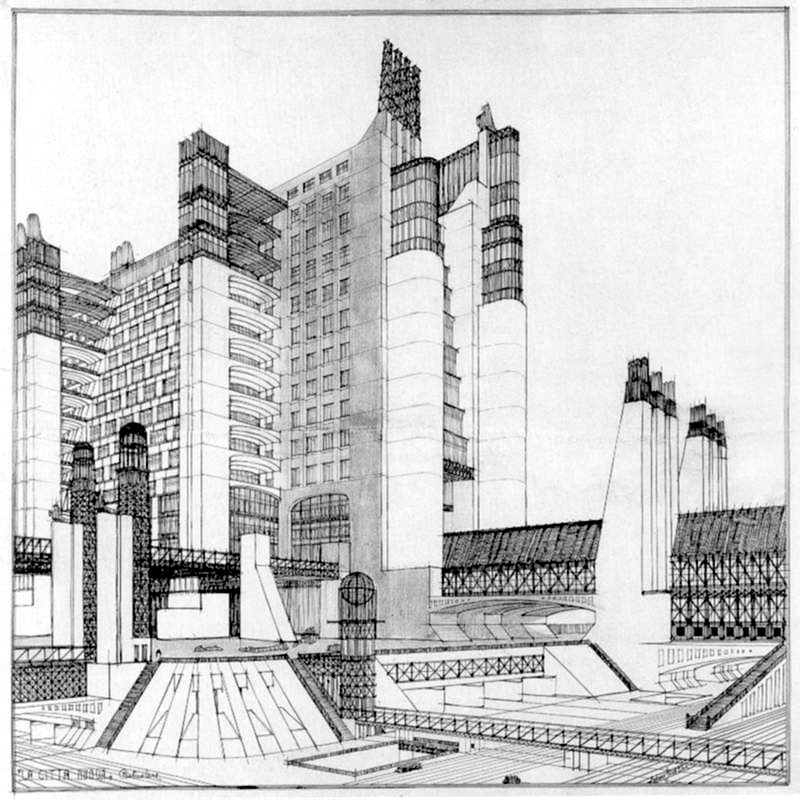 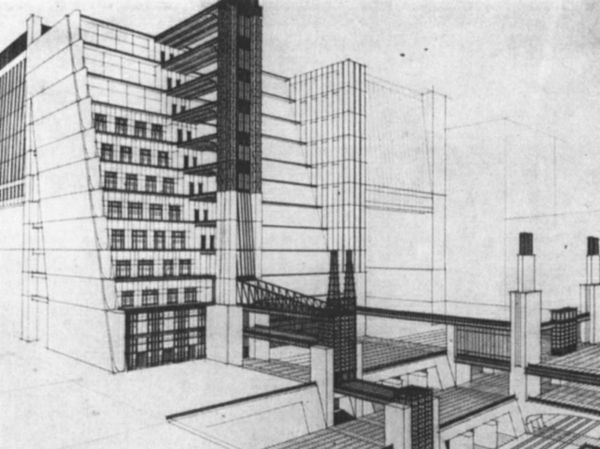 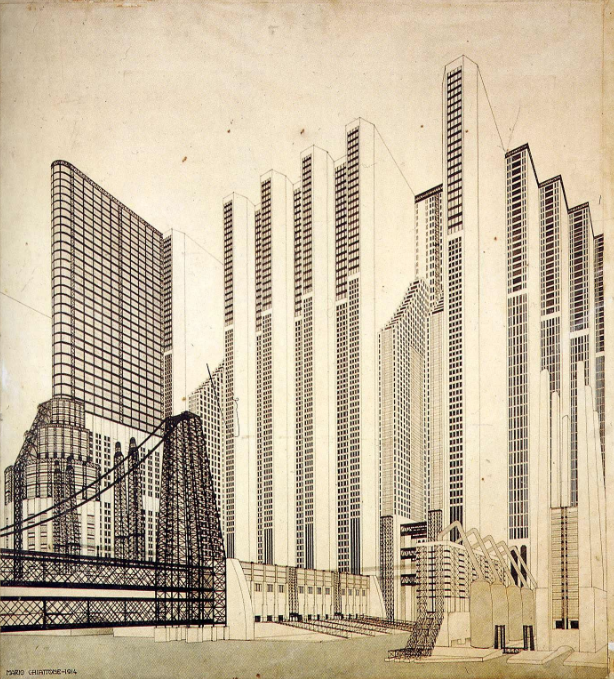 Chiattone - Buildings for a Modern Metropolis, 1914. 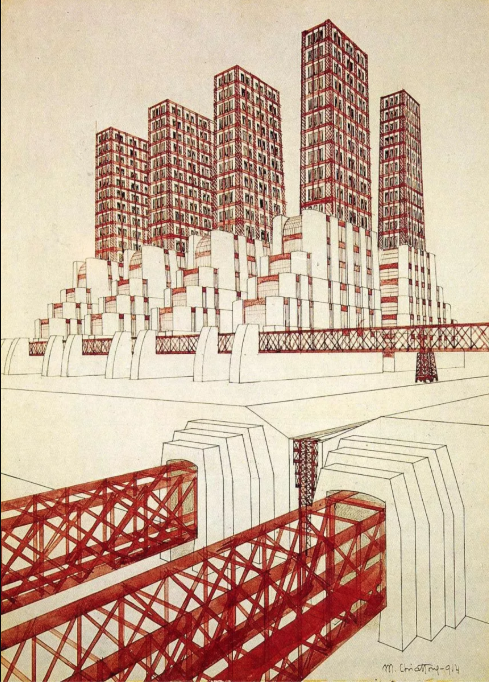 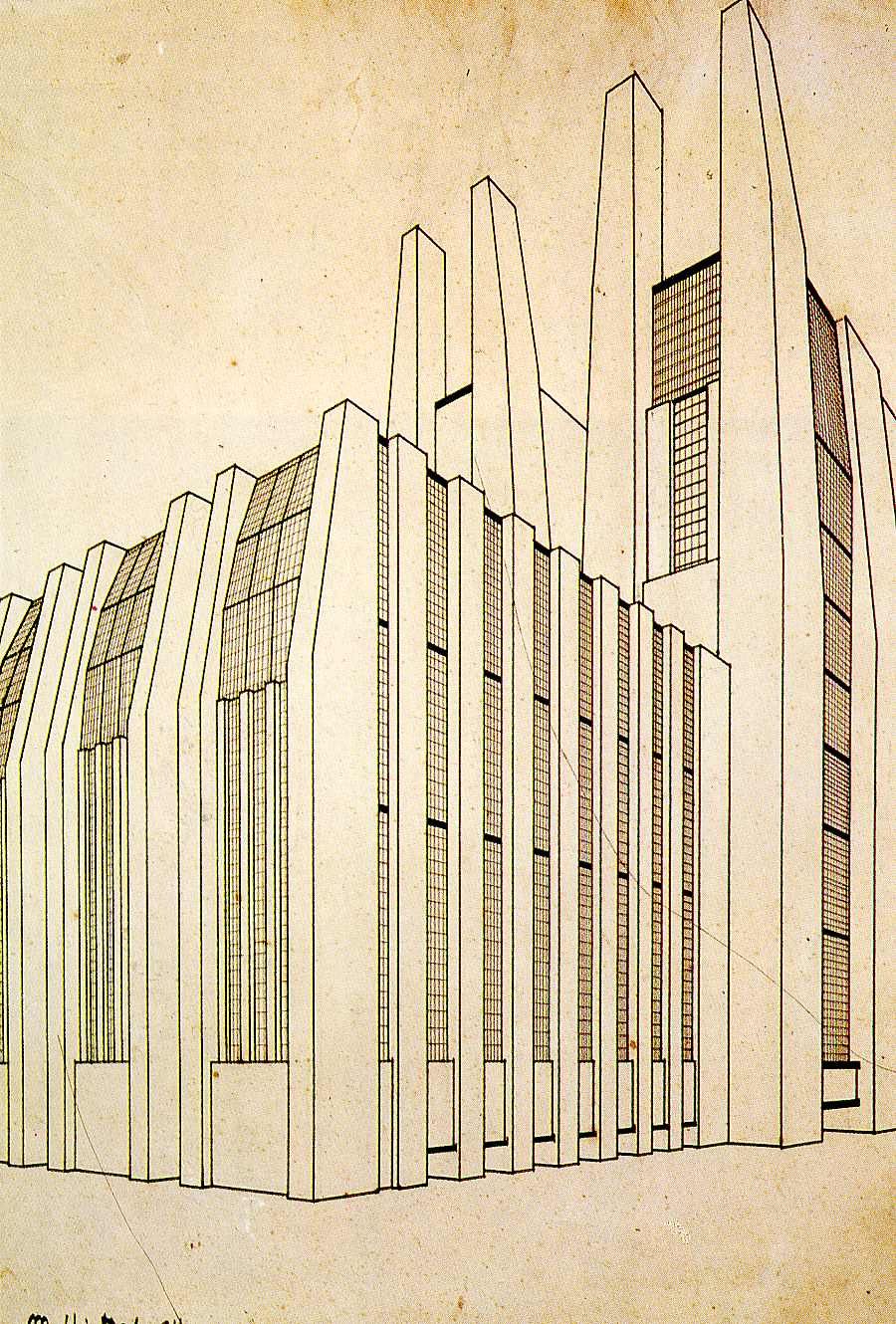 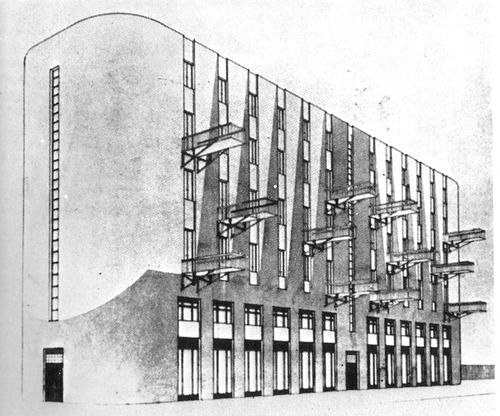 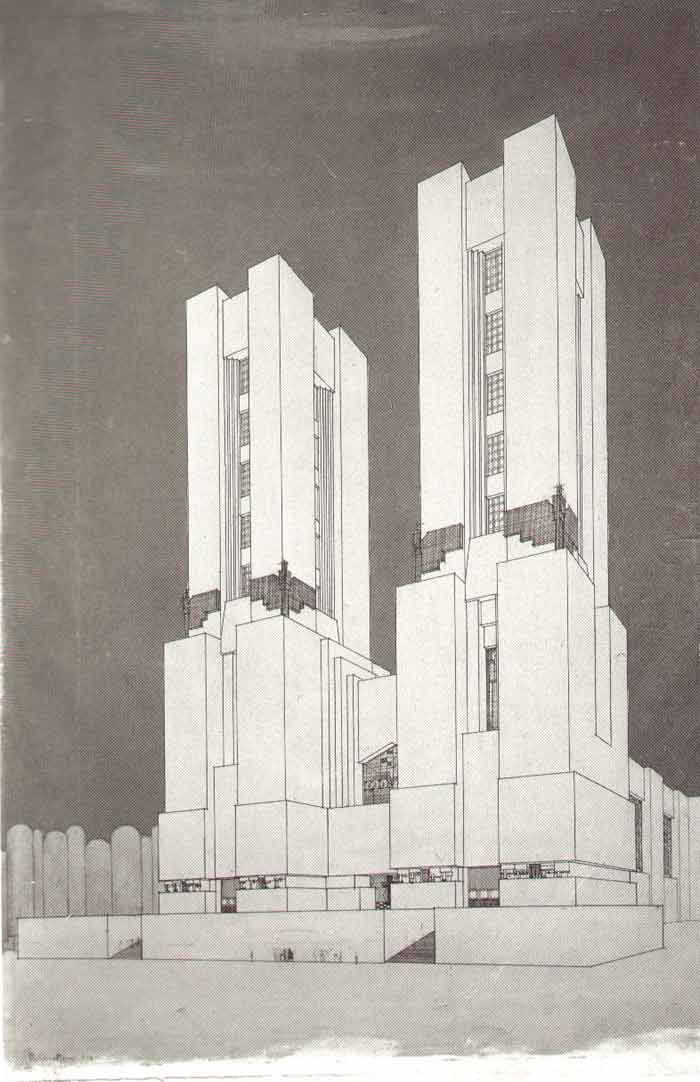 Chiattone - Cathedral.
Posted by Donald Pittenger at 1:00 AM