There are many images of Favory's paintings of nude women on the internet, most in poses not suitable for office viewing. The rest do not fully confirm the assertion above that he was strongly influenced by Cézanne and Cubism, though some Cézanne-like passages and watered-down Cubism can be found in paintings made before he served in the Great War.

Favory was generally a strong painter, but not innovative during a time when being a pathmaker was a major ticket to artistic fame. Examples of his work are below, but not the strongly-painted, indelicately posed nudes. 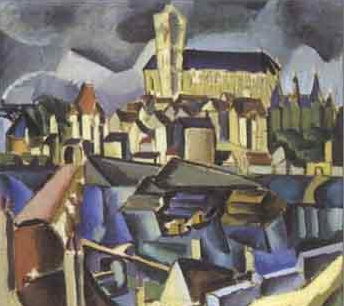 View of Nevers - 1912
This is most Cubist work I noticed. 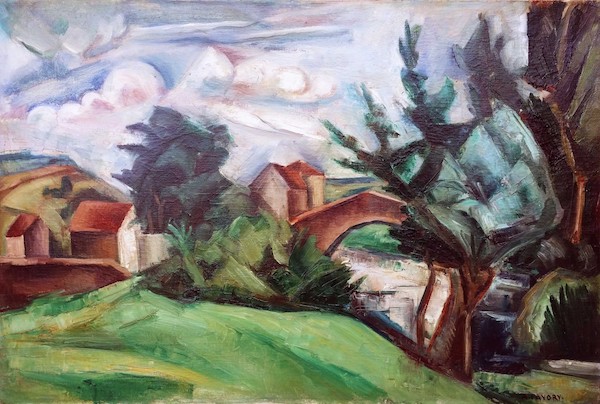 landscape - c. 1914
Some suggestions of Cubism are in this pre-war painting. 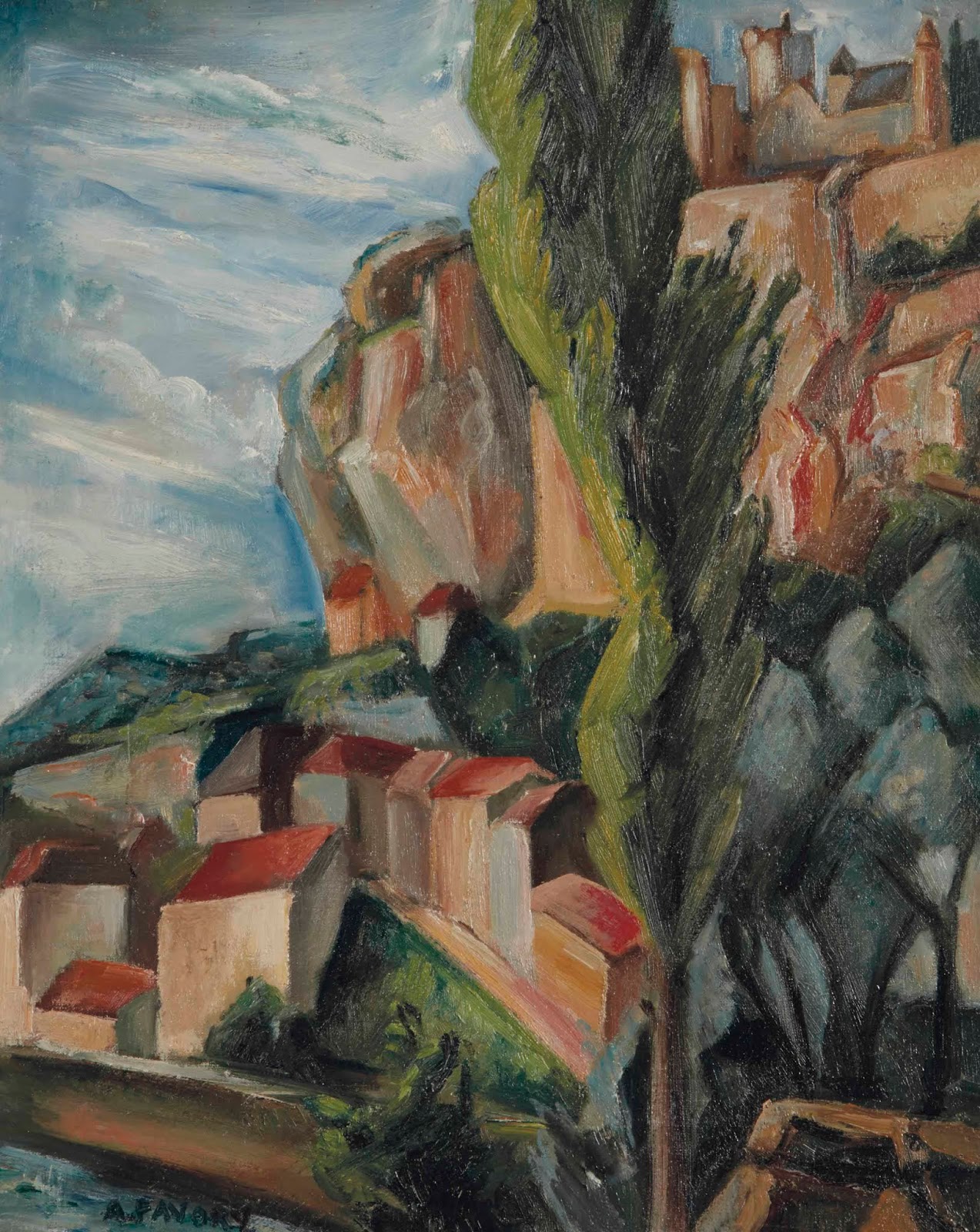 Paysage Provençal
I don't have a date for this, but again there's a dash of Cubism and possibly Cézanne in the faceting. 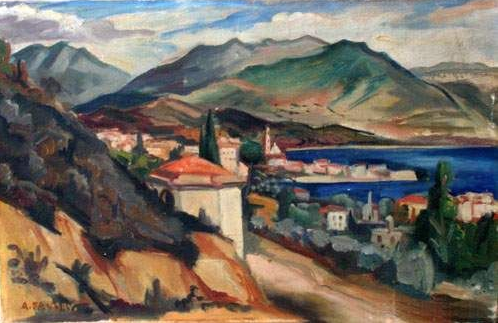 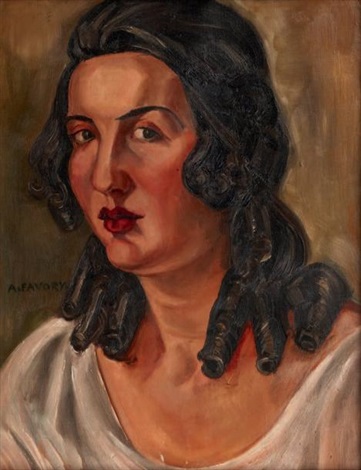 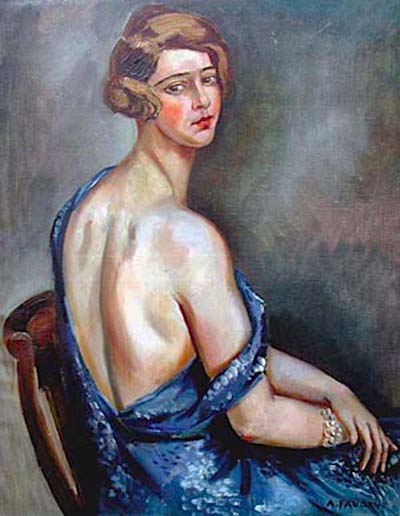 Portrait d'une élégante - c.1925
The size relationship of the head to the rest of the body seems a bit off, though I suppose "artistic license" might be claimed. 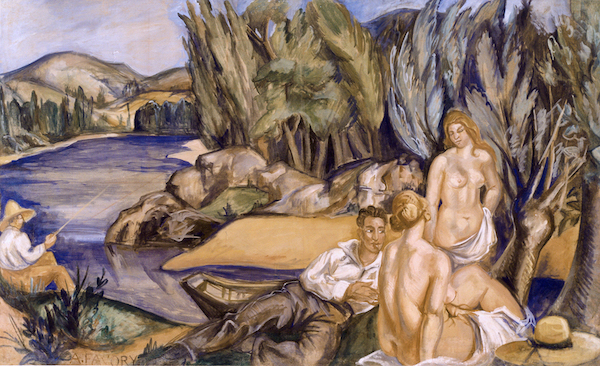 Nudes in a landscape
Some nudes here, but nothing like what you can find by Googling or even going to the link above. 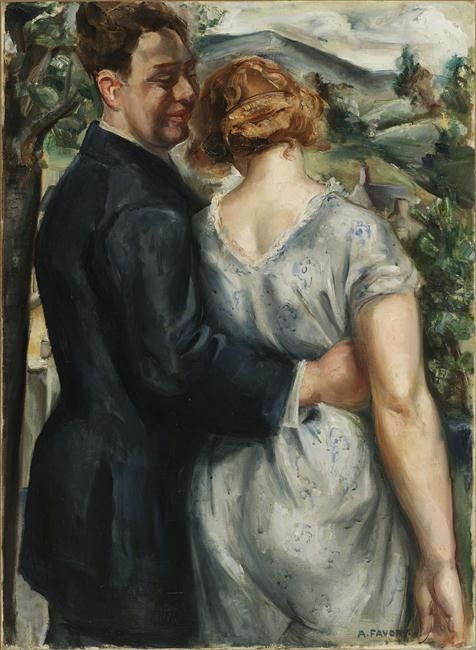