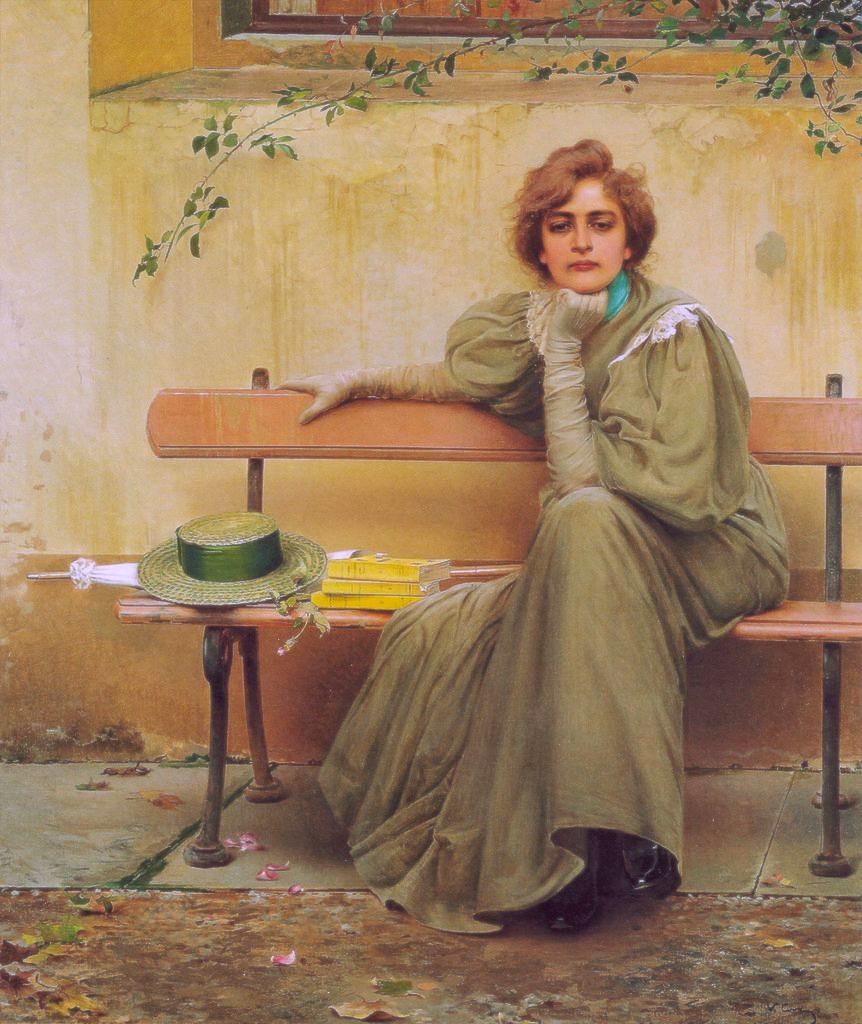 Sogni (Dreams) - 1896
Vittorio Matteo Corcos (1859-1933) is perhaps best known for the above painting that can be viewed at Rome's Galleria Nazionale d'Arte Moderna.

Briefly, Corcos trained in Florence and Naples, spent time in Paris where he was friends with Giuseppe De Nittis, Giovanni Boldini along with many well-known French painters of the day. Then he returned to Italy where he spent the rest of his career. His English Wikipedia entry is here, but the French version has more detail. More about him can be found here.

Corcos' style was strongly representational, at times verging on photographic -- especially for the contrived scenes featuring pretty young ladies that probably provided a good income. His style did not change much over time, so the images below are arranged thematically. 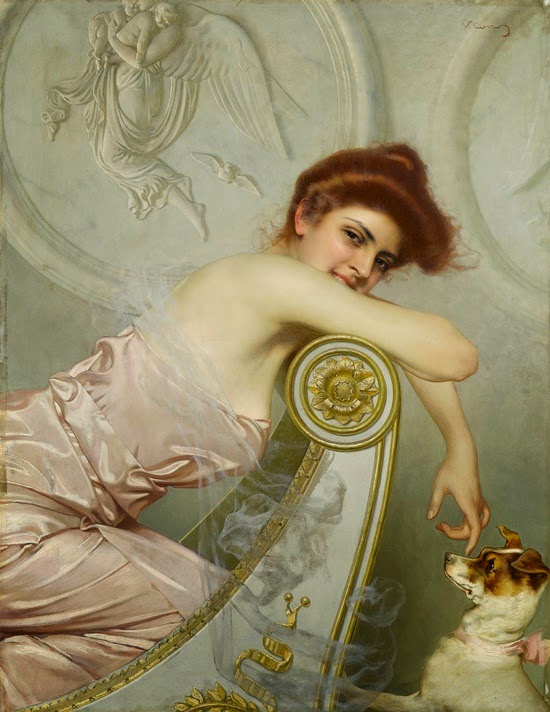 Young Lady with Dog - c. 1895
The painting atop this post apparently was regarded as risqué for reasons not discernible today. But the idealized scene here is much moreso. 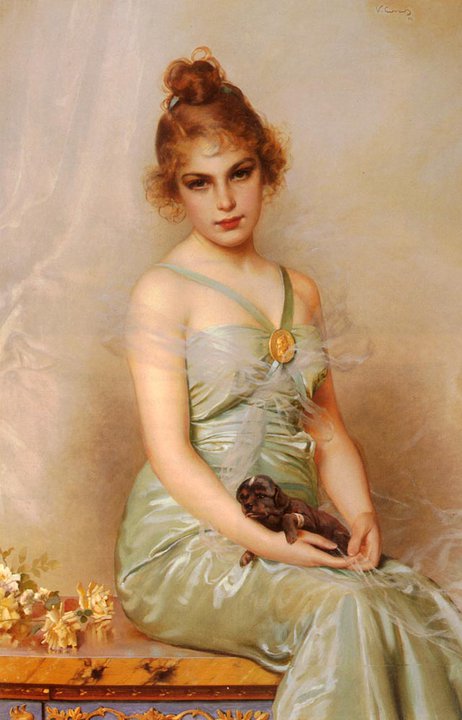 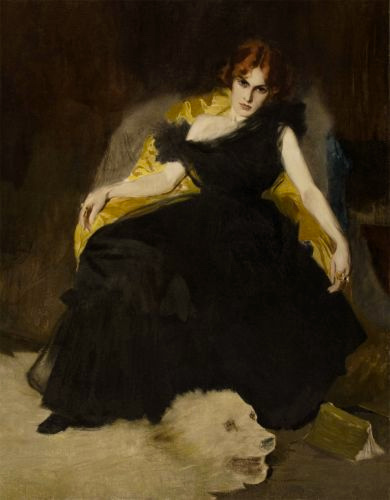 La morfinomane - 1899
On the other hand, some artists in the late 1800s such as Toulouse-Lautrec and Degas painted absinthe drinkers, while Corcos and others featured drug addicts. 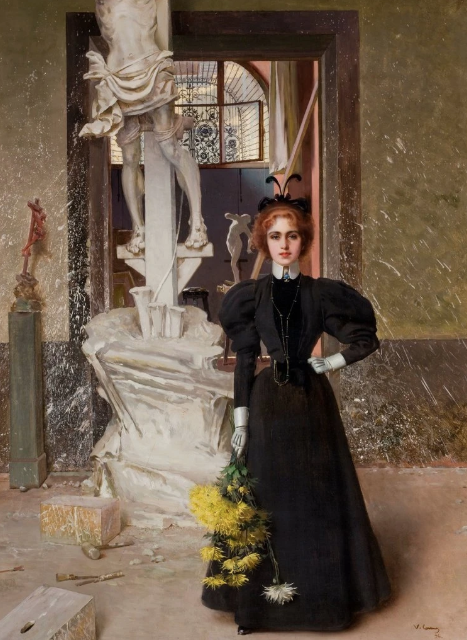 Magdalen - 1896
Another of Corcos' edgy scenes. 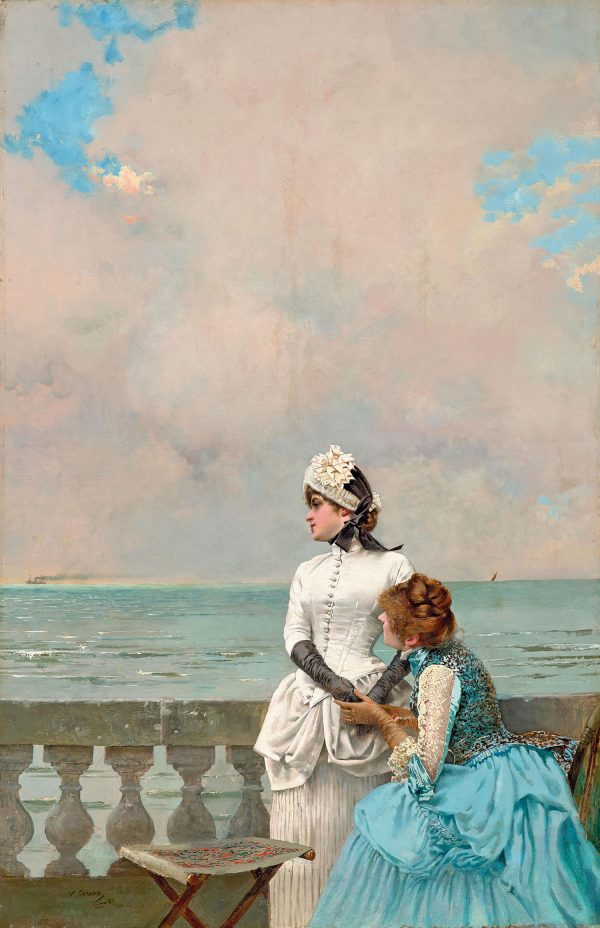 Dis-moi toute! - 1883
"Tell me everything!" says one young lady to the other as the steamship sails away. 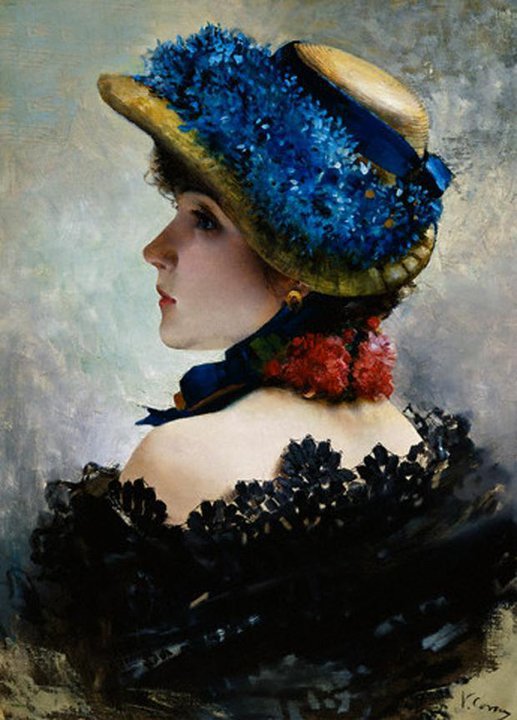 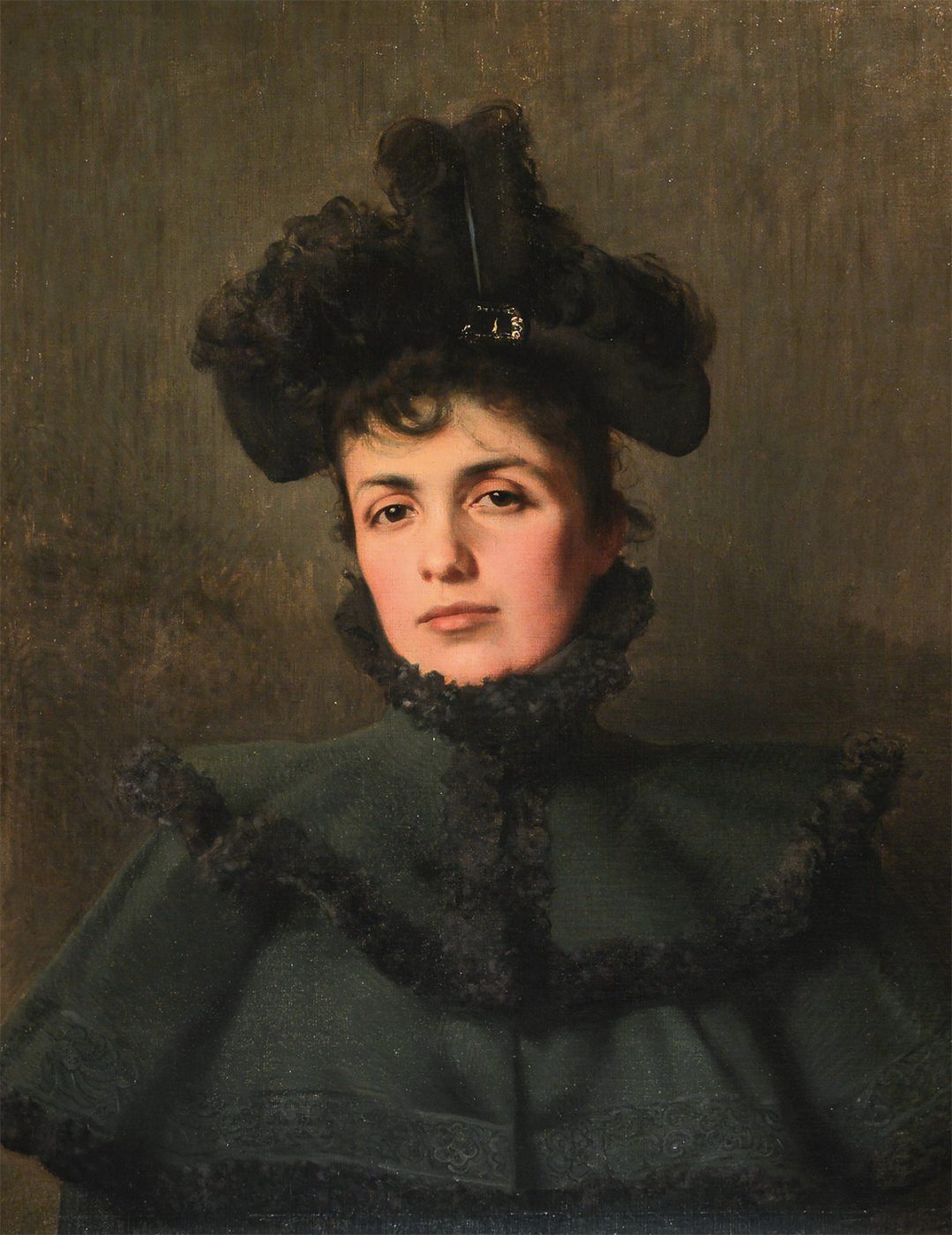 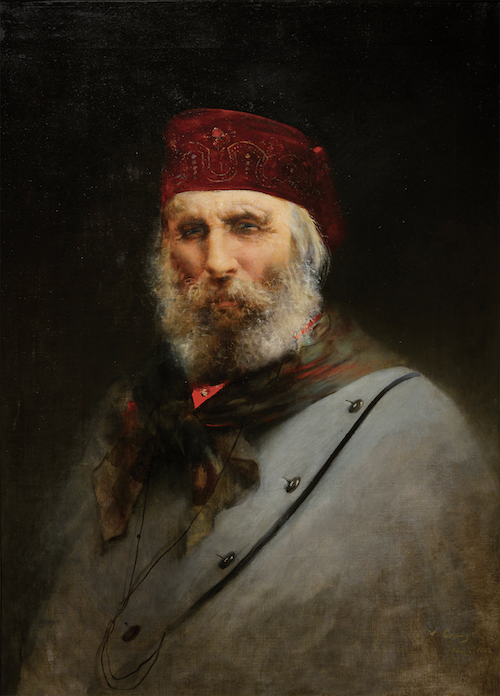 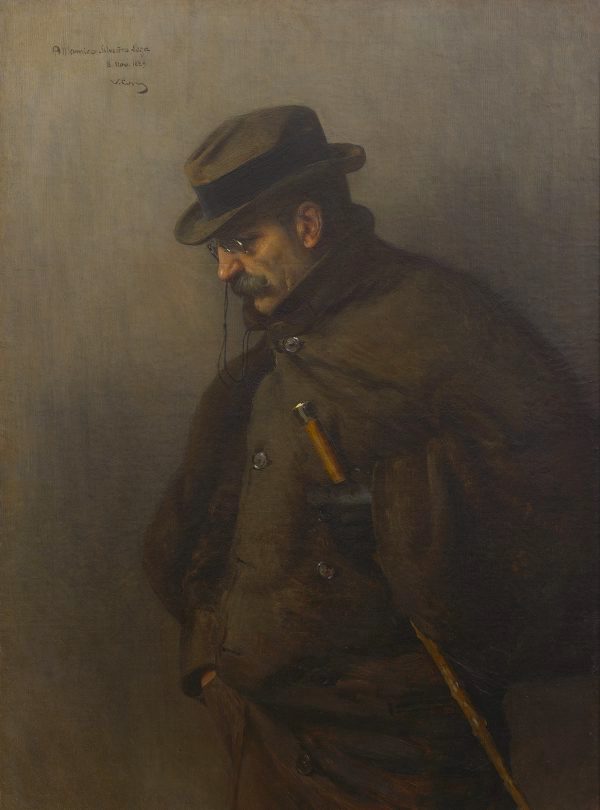 Ritratto Silvestro Lega - 1889
A fellow Italian painter. His painting style in these portraitist dramatically different from his jolie femme style. 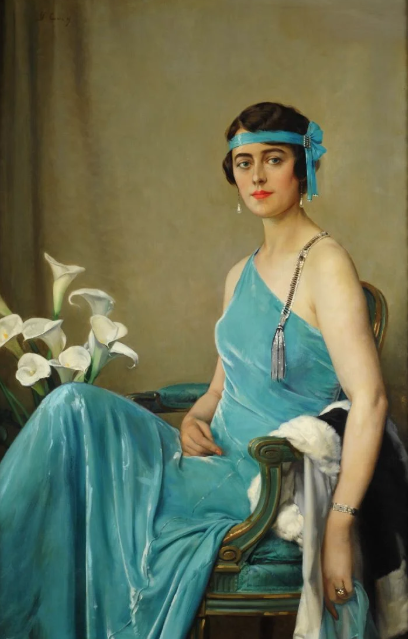 Ritratto di donna - c. 1925
This was painted during the 1920s and seems very slightly simplified, a barely perceptible nod to the modernist fashion of the times. 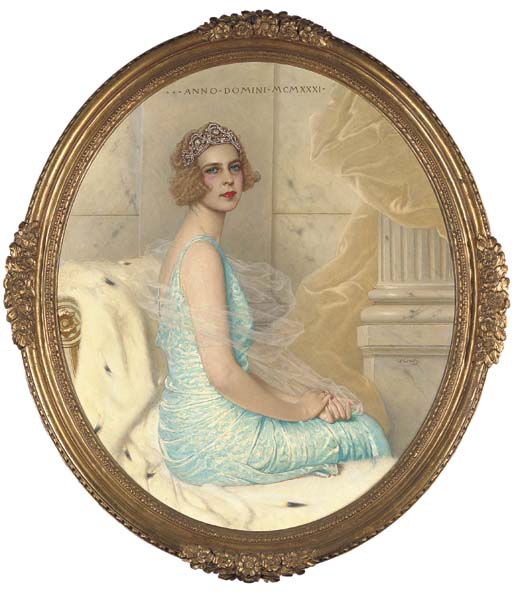 Ritratto Maria José di Savoia Principesa del Piemonte - 19331
Maria, a Belgian princess, was the wife (of sorts) of Umberto Nicola Tommaso Giovanni Maria di Savoia, who briefly reined in 1946 as Umberto II, the last king of Italy. This is the latest Corcos painting I noticed while image-searching.
Posted by Donald Pittenger at 1:00 AM