In the Beginning: Sir Lawrence Alma-Tadema

Sir Lawrence Alma-Tadema (1836-1912) was a highly talented painter whose reputation, like others of his ilk, suffered with the advent of Modernism and its rise to Establishment status. Fortunately, the pendulum has reversed to the point where his works are increasingly respected.

I've written about him here, here and elsewhere on this blog. His Wikipedia entry is here.

The present post deals with examples of his early work, paintings made before he settled into his mature style and subject matter. 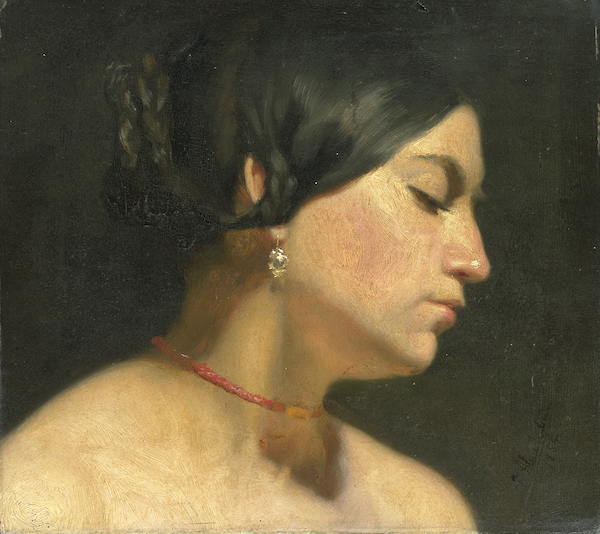 Mary Magdalene (Head study) - 1854
Tadema was about 18 years old when he painted this oil-on-paper study. Enlarge to view his brushwork a little better. 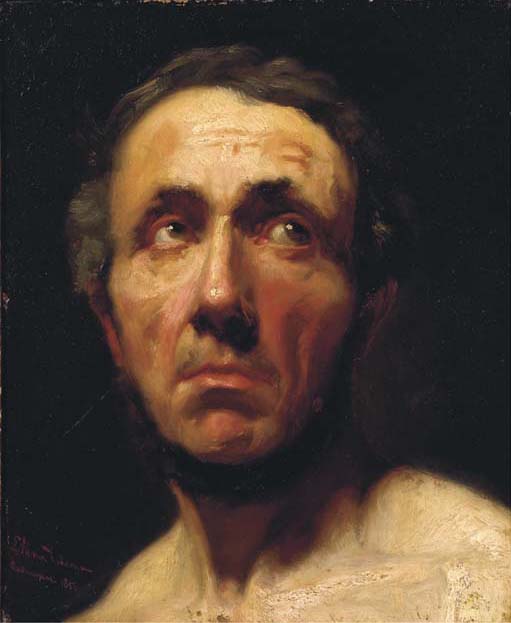 Portrait of a man with a ring beard (also known as A man looking up) - 1856
He was about 20 here. A Dutchman, his formal art training was in Antwerp, in the Flemish part of Belgium. 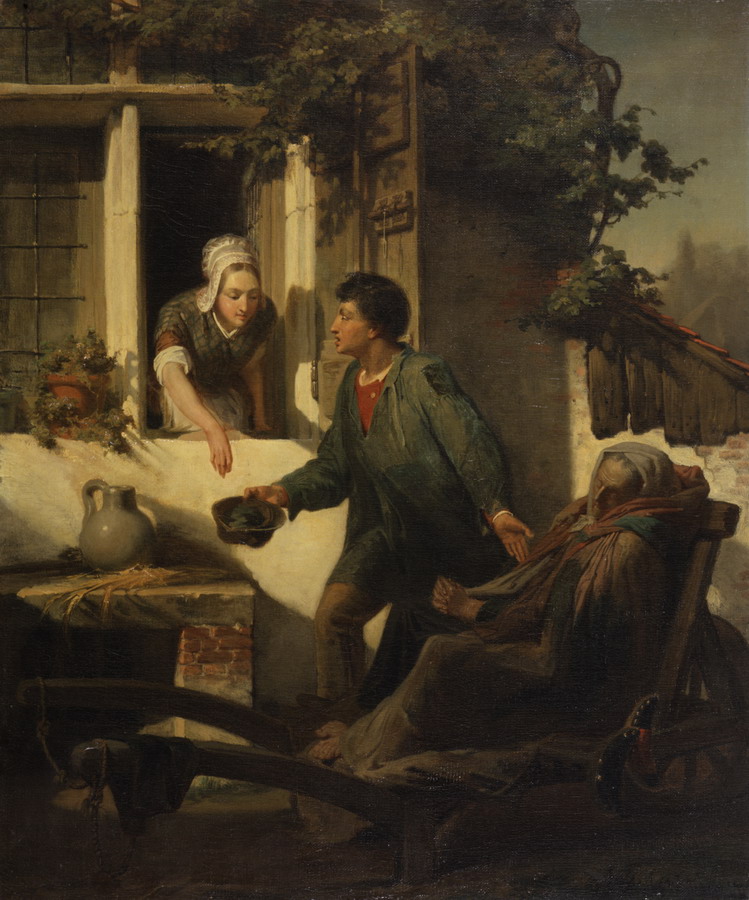 The Blind Beggar - 1856
From about the same time as the previous image. Unlike the study of the man's head, this work is a tightly painted genre image pretty much in line with art fashions of the time. 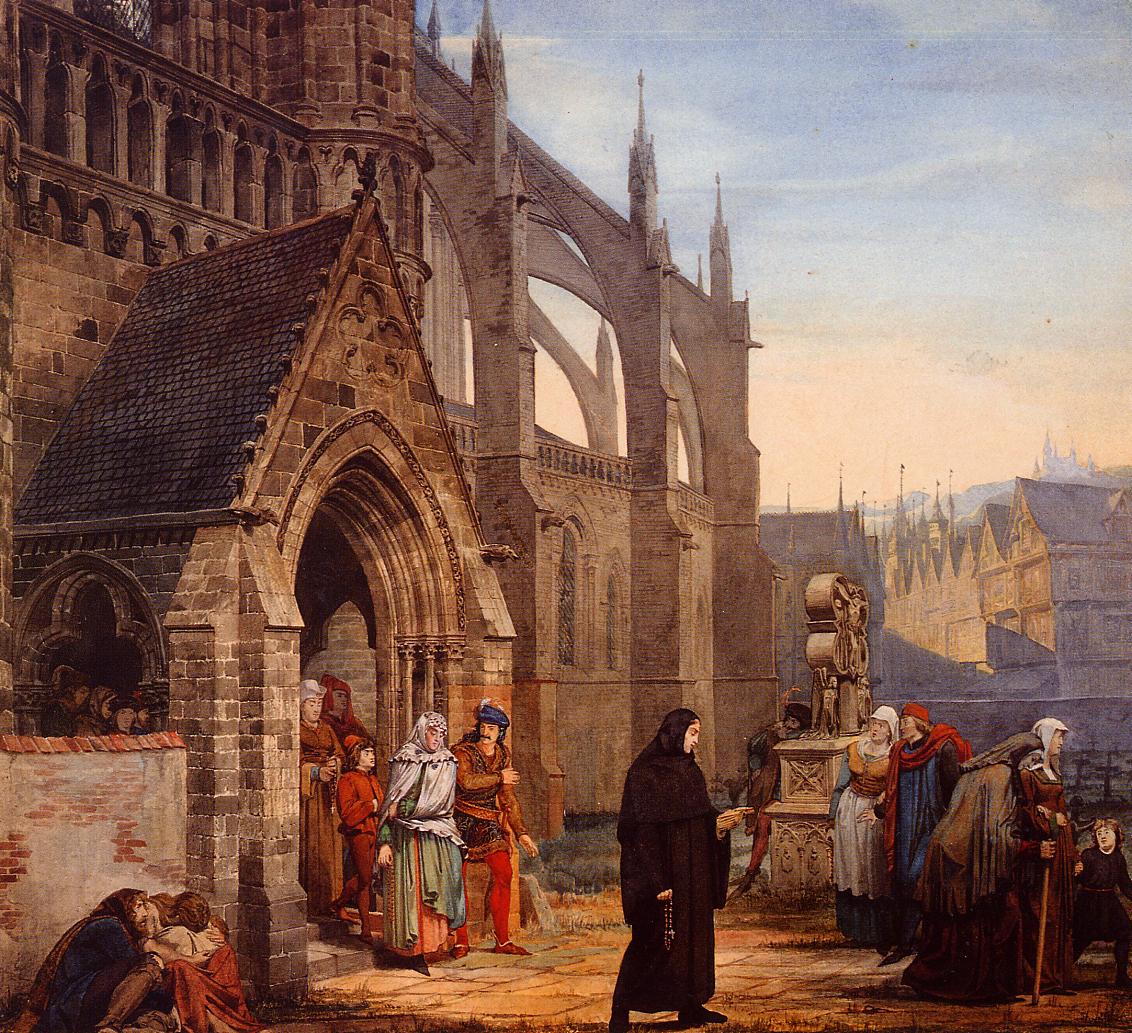 Faust and Marguerite - 1857
This has a very Flemish feeling to it, not at all what we would expect of Tadema. 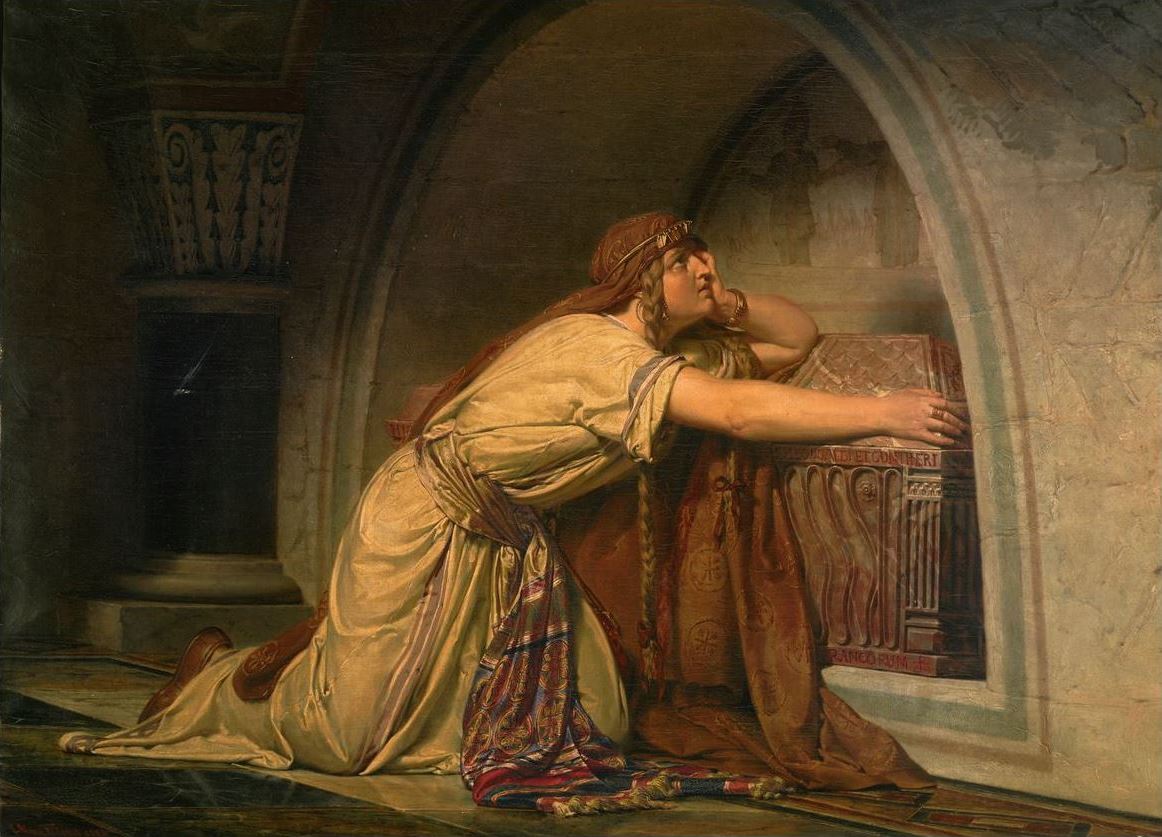 Clotilde at the Tomb of Her Grandchildren - 1858
Here too Tadema is both acquiring experience and staying within the artistic norms of those times. 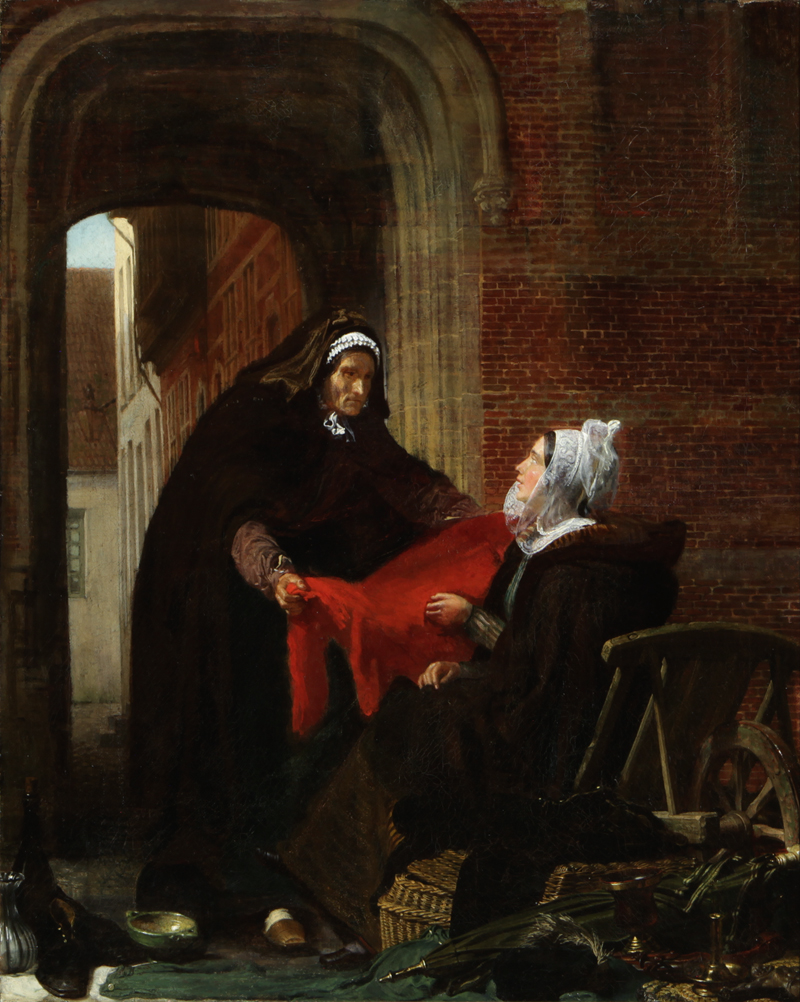 A Bargain (also known as Brabant Women) - 1860
Note the brickwork in the background -- reminds me in a tiny way of Vermeer's portrayal of Delft. 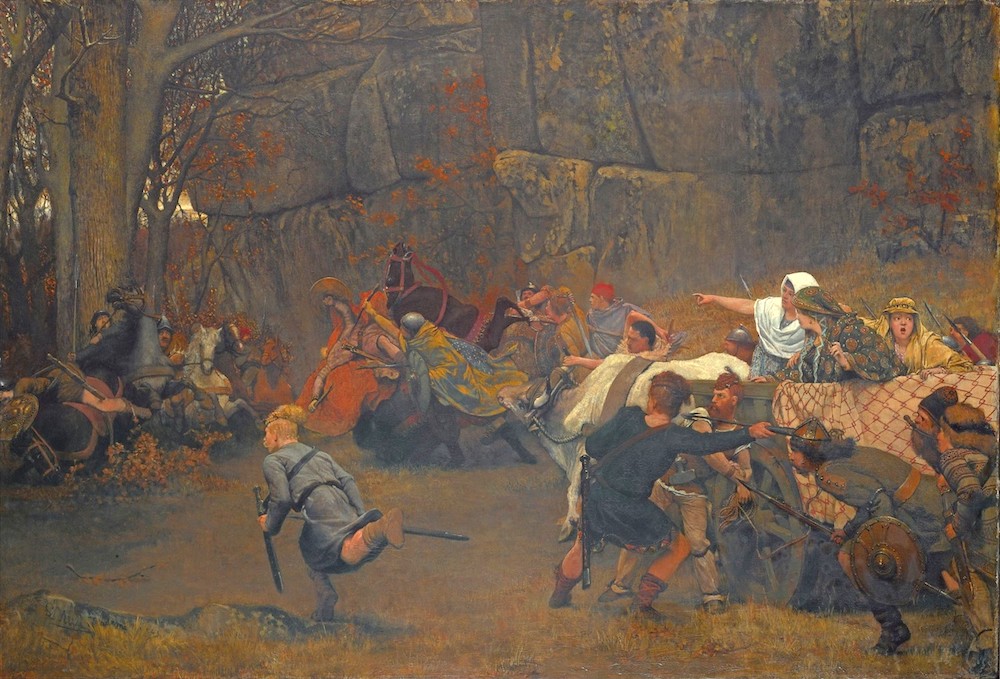 Gunthram Bose and his daughters, AD 572 (also known as The Ambuscade) - 1862
Now for a quick, though transitory, stylistic departure. Again, not the Tadema we know. 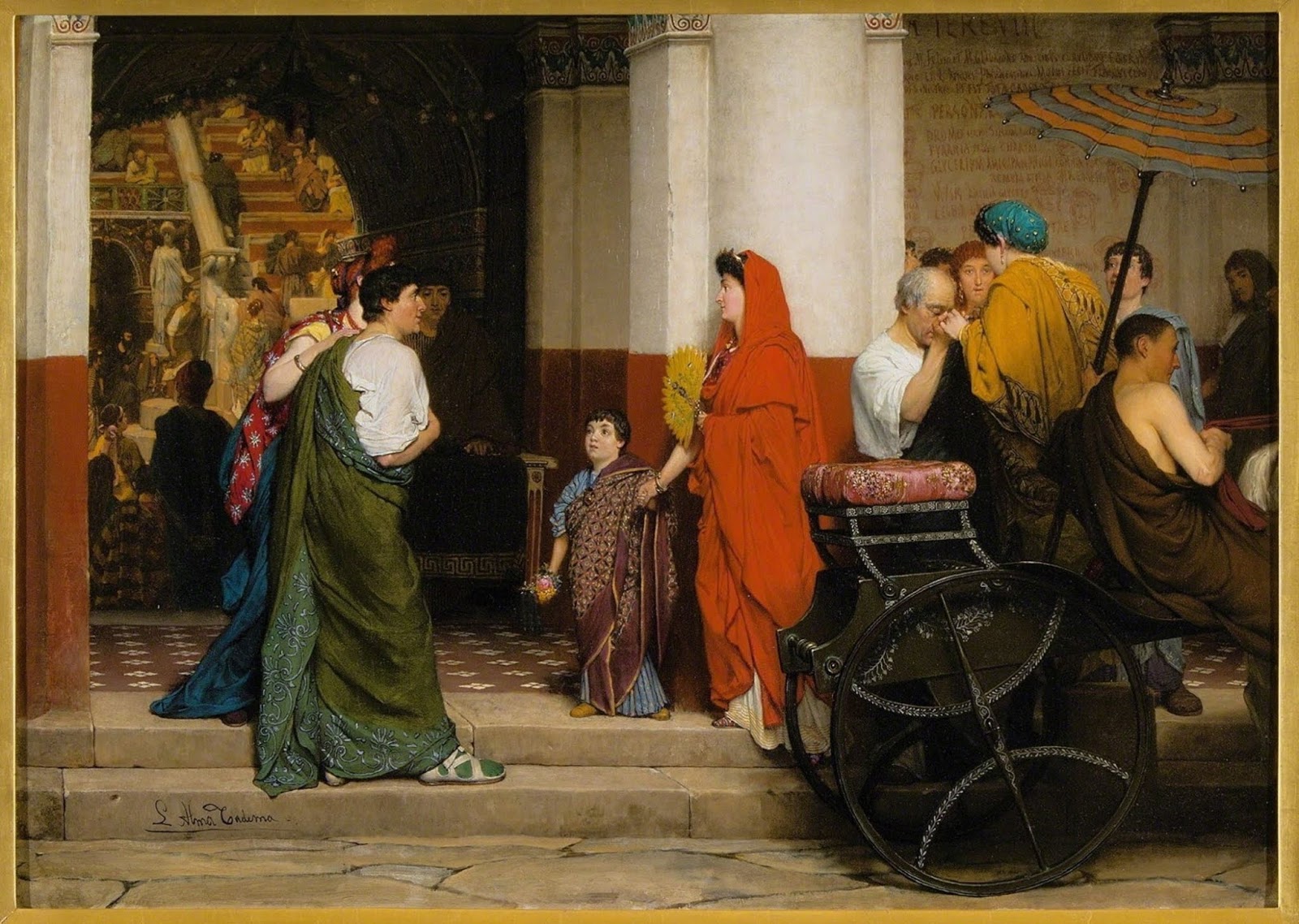 Entrance to a Roman Theatre - 1866
Now he is about 30 and following his interest in depicting antiquity as accurately as possible. However, this painting is still somewhat dark and Flemish compared to his mature works. 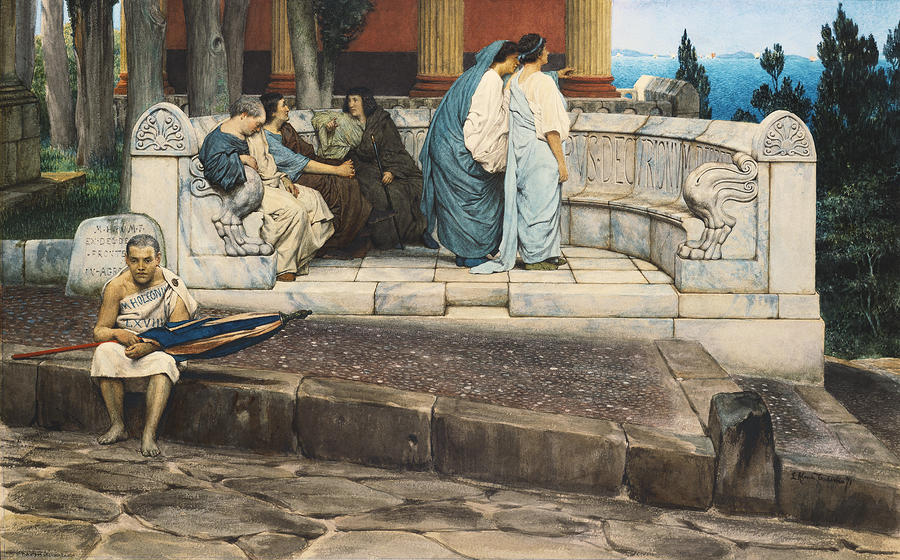 An Exedra - 1869
Tadema was known for, among other things, his skill at painting marble. This is an early example when he was still learning how to do it convincingly. However, this is not an oil painting, so the medium might be a factor here. 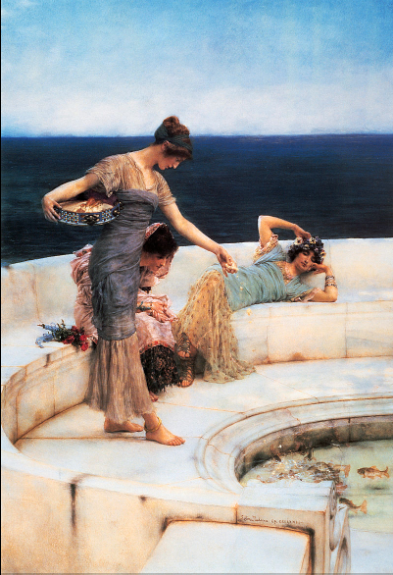 Silver Favorites - 1903
I include this later painting to show his mature style. The image is bright and the marble really looks like marble.

You have to love Alma-Tadema's works :) I assumed I readily could recognise the Dutchman, even if some individual works were unknown to me. Of course any artist can change his style and content over the decades of his career, but some of Alma-Tadema's early works that you presented were unusual.