I noted that: "Hard-core Futurism and other 1900-1914 modernist movements had lost much of their fizz by 1920, and Balla's style drifted back towards conventional representation by the 1930s."

Since then, thanks to a publication related to this exhibit, I discovered that Balla formally broke his ties with Futurism in the mid-1930s. Some digging around the Internet revealed that he had been painting representational images in the early 1920s along with his Futurist output. It seems that he justified his 1930s work as being inspired by cinema, fashion photography, and other ways of depicting the modern age, analogous to what Futurism initially had done. More likely, he simply might have seen Futurism as something of a dead-end, finding representation more interesting, and came up with an excuse. 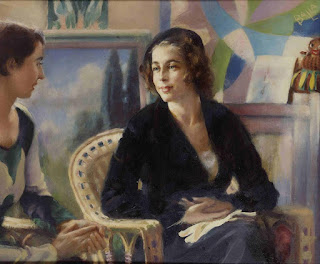 Chiacchierì - 1934
This image, "Chatting," was in my post cited above. The subject is Balla's daughter Luce. Many of his representational paintings were of Luce and her sister Elica. 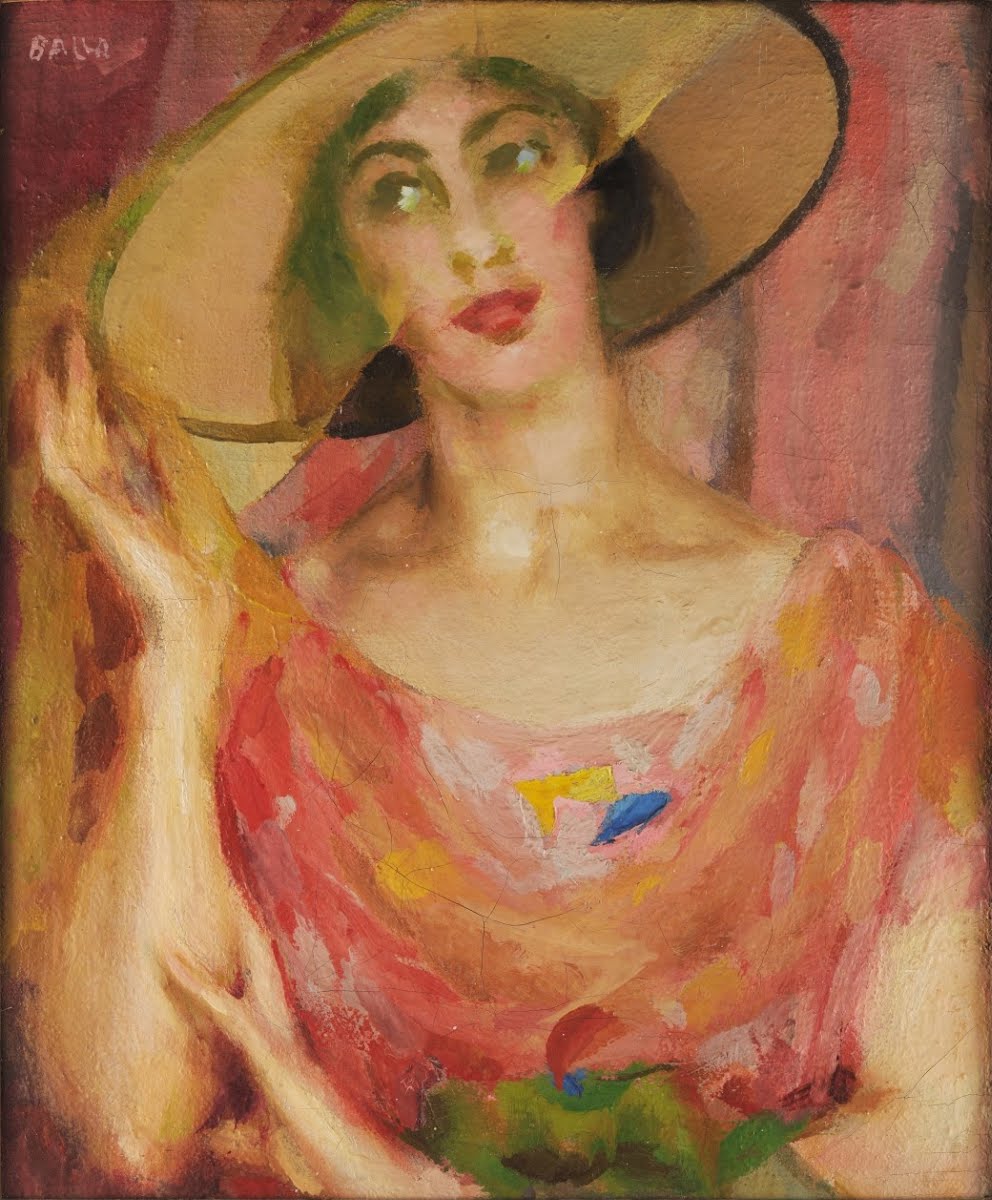 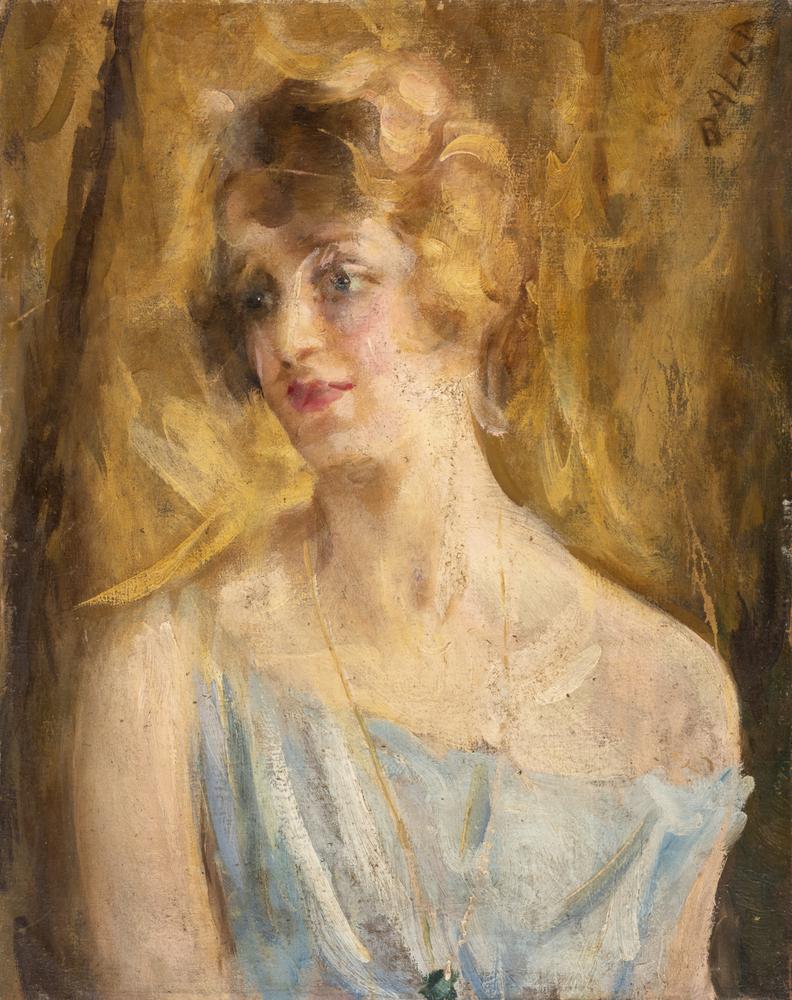 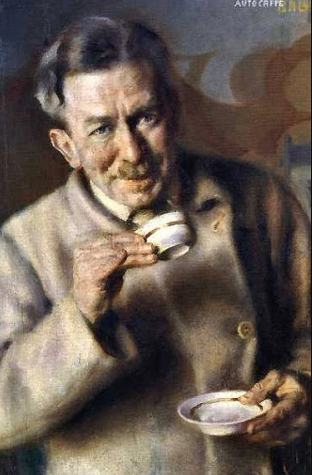 Autocaffe - 1929
Self-portrait similar to the one he had submitted to the Uffizi gallery in Florence. 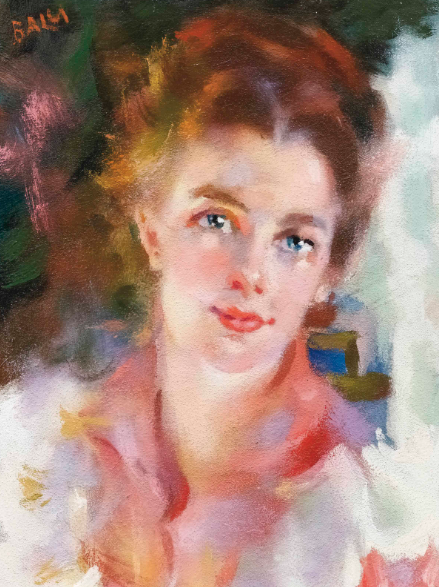 Fanciulla iridescente
Fanciulla was the subject of several Balla paintings, but I don't know if she was a hired model or held some other status. 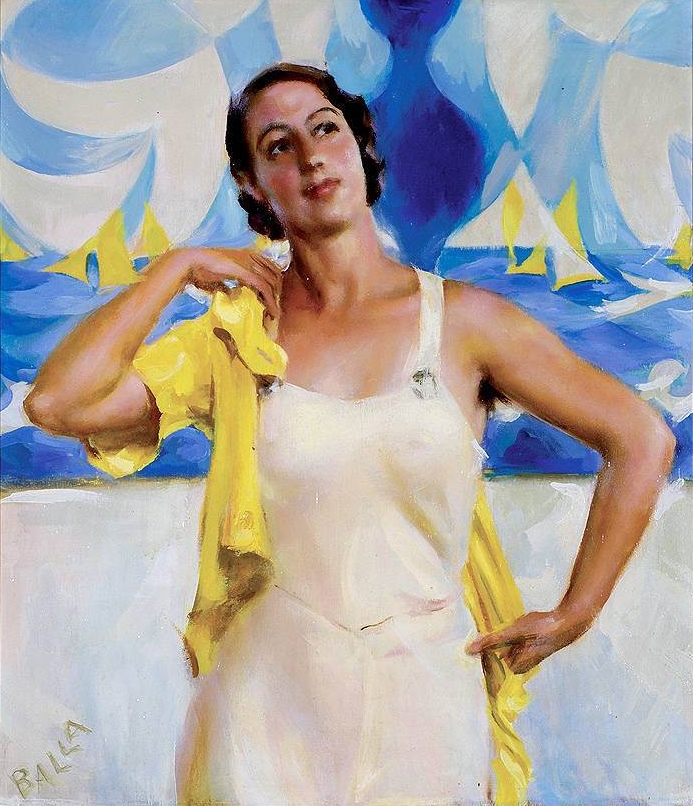 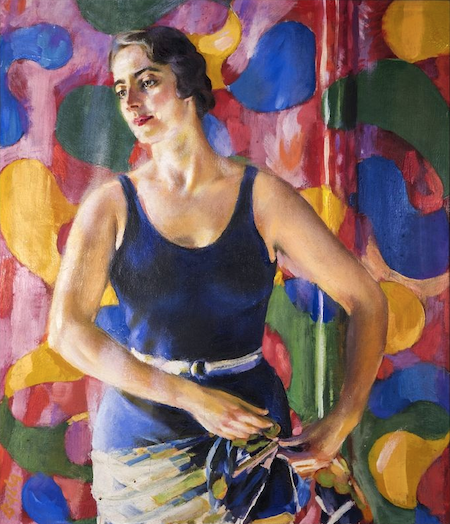 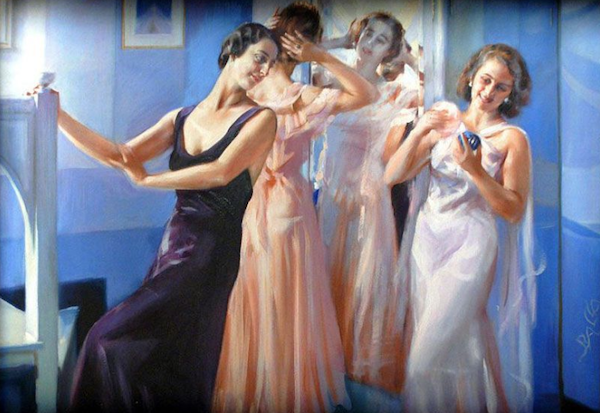 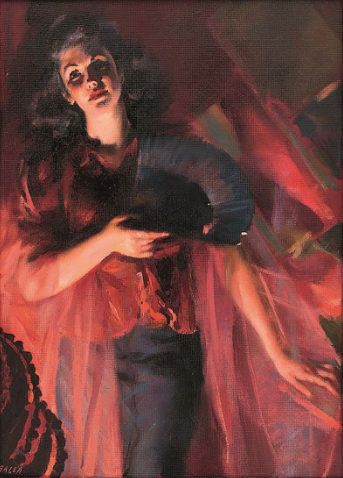 Le quatttro stazioni in rosso (Autunno) - 1940
"The Four Seasons in Red (Autumn)." One of a series of four paintings. 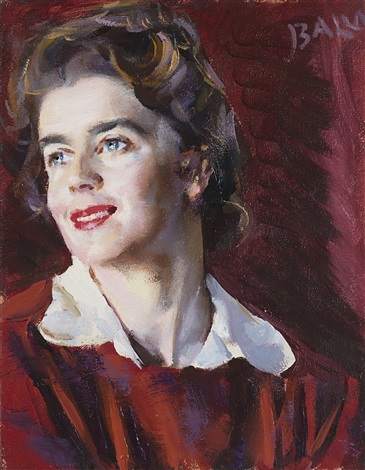 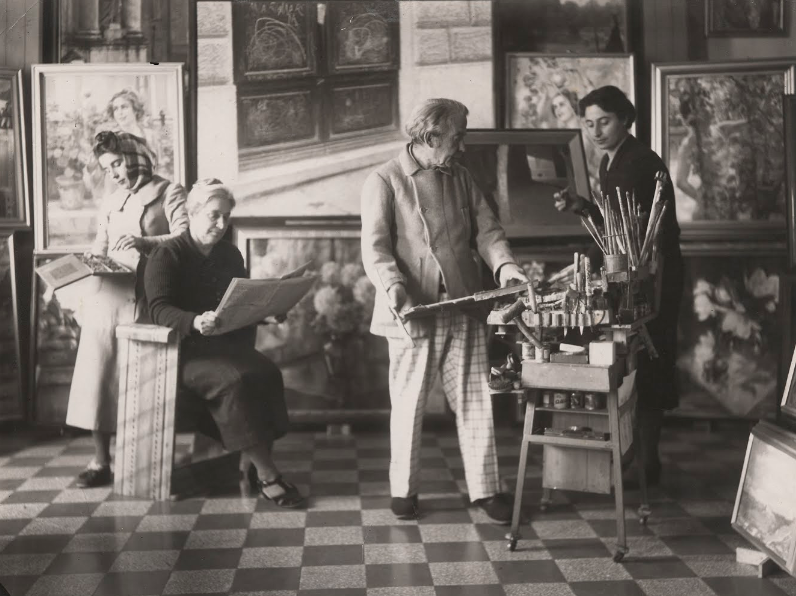 Photo of Balla and his family, 1936. This was near the time he broke with Futurism, and both Futurist and representational paintings can be seen.
Posted by Donald Pittenger at 1:00 AM