William McCance (1894–1970), according to his Wikipedia entry, is noteworthy for the following:

"McCance's paintings in the 1920s were unusual in that he was one of the few Scottish artists who embraced the cubist, abstract and machine-inspired arts movements that spread across Europe following the First World War."

That said, my judgment is that he was a journeyman modernist who did little more than follow Modernist stylistic practices as they changed over time. Perhaps you will disagree. My case is stated in the following images. 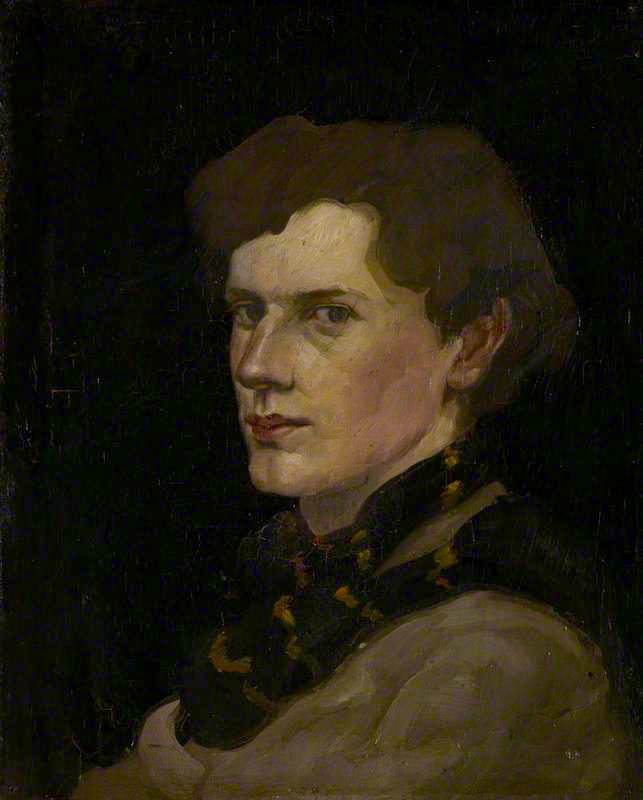 Self-Portrait - 1916
He was about 22 years old and perhaps completing his art studies. 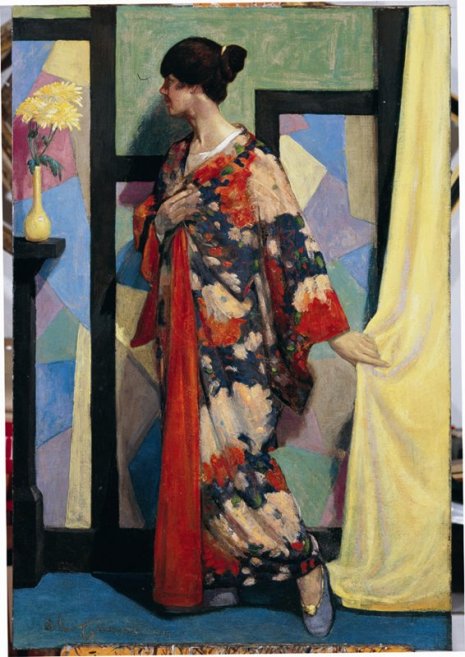 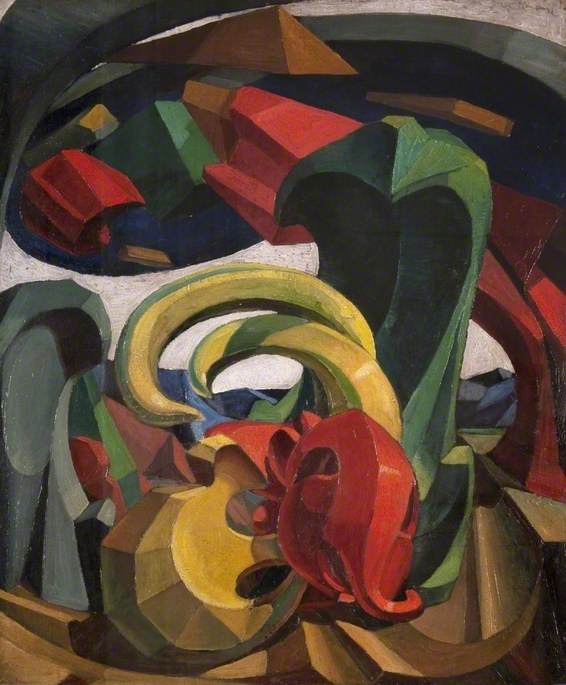 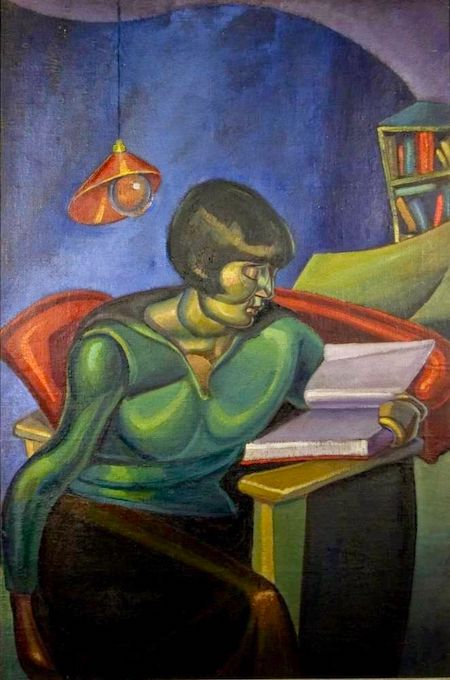 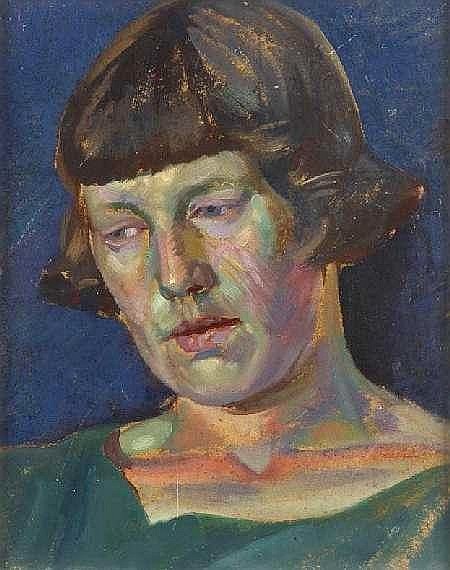 Agnes Miller Parker (study of his wife)
She too was an artist. 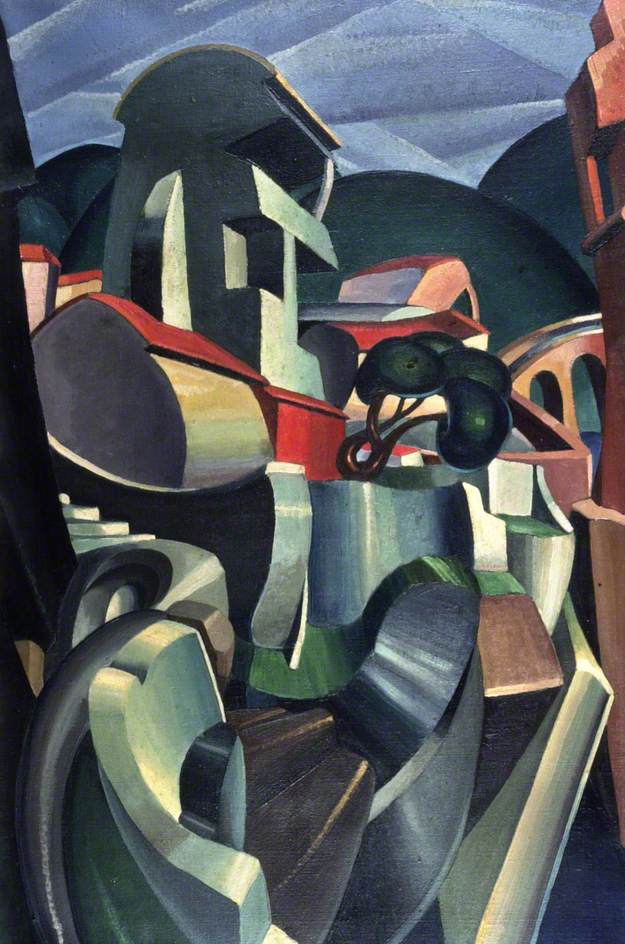 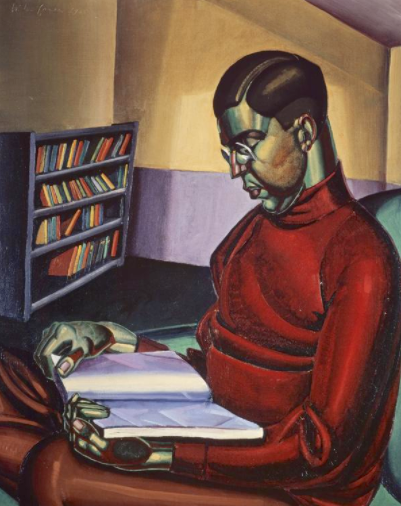 Pendulum Clock - 1926
A dip into Cubism/Futurism. 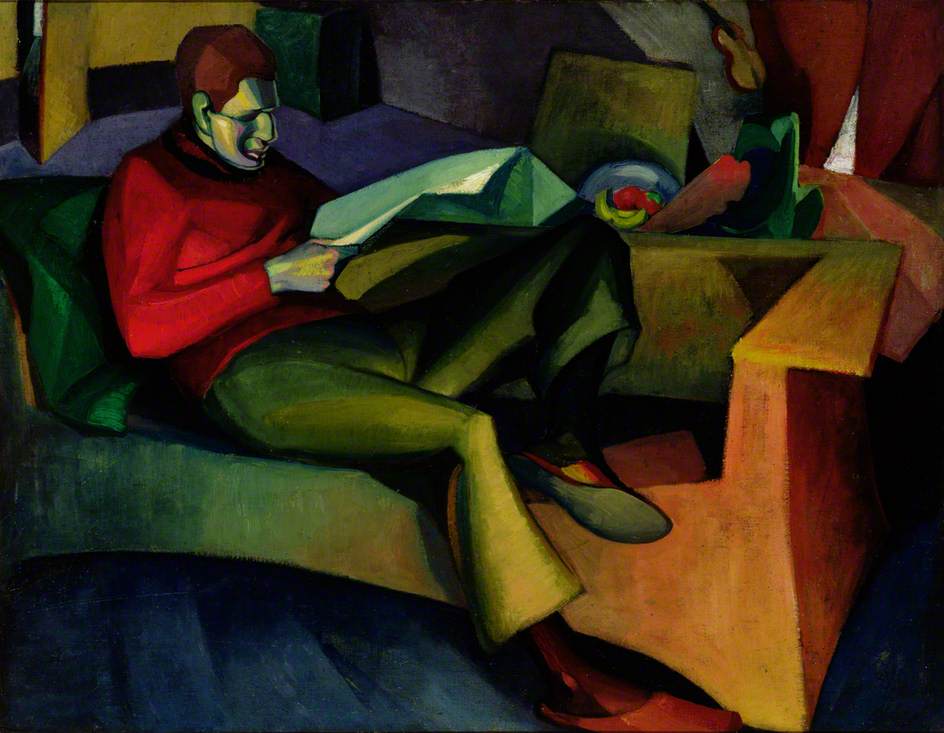 The Result
... of a sports event?  An election? 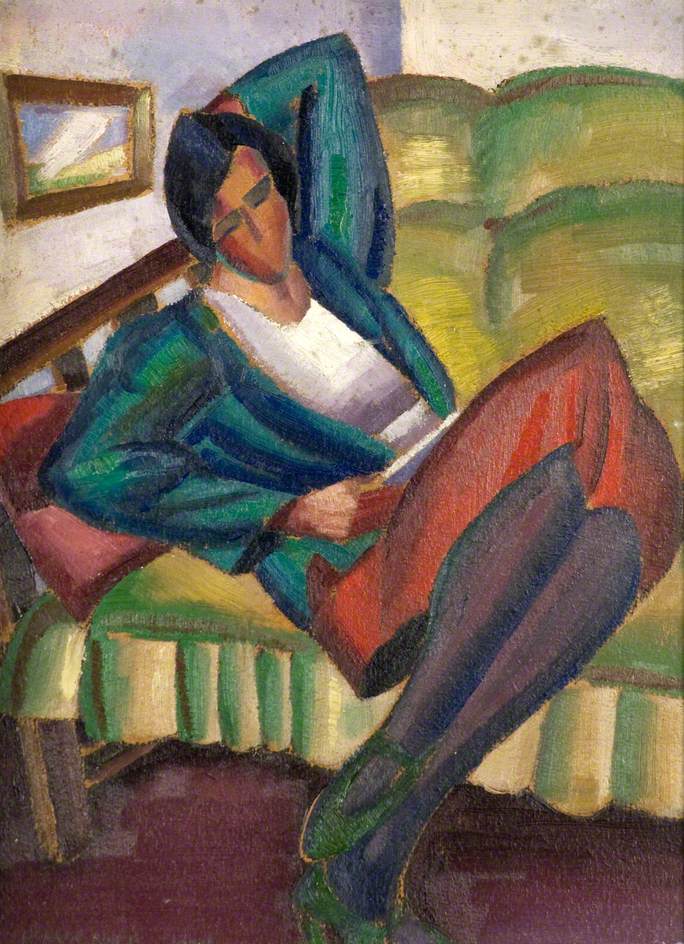 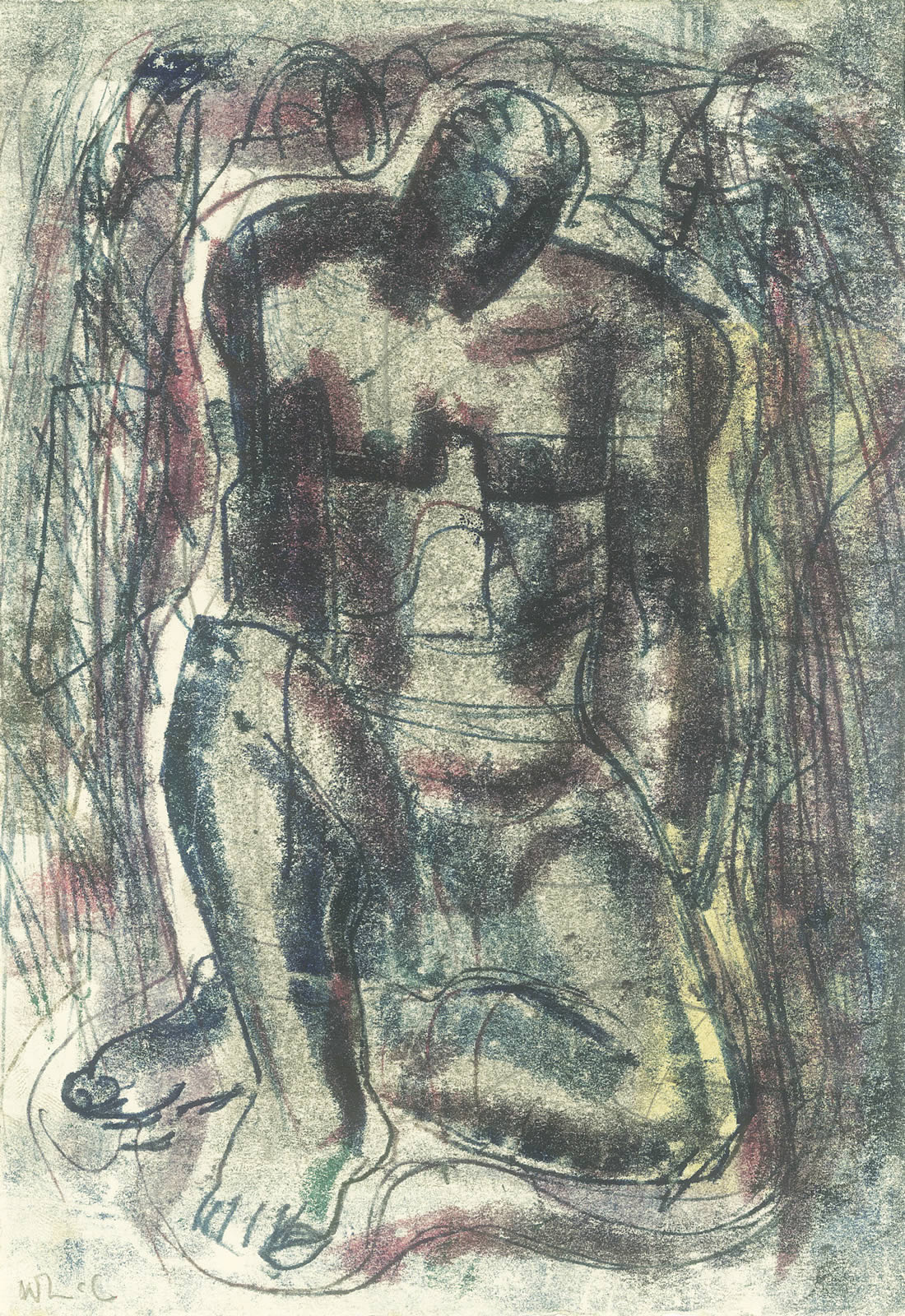 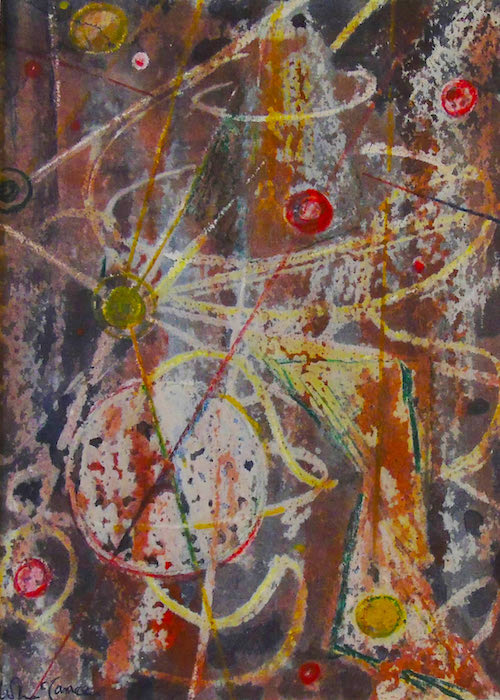 D.P.—Based on what is posted, I agree with your assessment of McCance’s work. I feel his earlier work shows a lot of talent, especially the second posting, Kimono Study.

The work of similar artists you have featured—artists with solid potential—makes me wonder what could lure them into creating such grotesque work later in their careers. Insane international movements have had unbelievable power over young talent. In cases like this we wind up studying negative and tragic influence.

On a more positive mote, have you considered featuring some of the successful American watercolor masters of the late 1940s through early 70s?