Géo Ham, pseudonym of Georges Hamel (1900-1972) was a leading French illustrator of automobiles and, to a lesser extent, airplanes. The height of his career was probably the 1930s, as his production lessened as photography supplemented illustration during the 1950s and 1960s.

His English language Wikipedia entry is skimpy, so consider linking here to his French entry.

As can be seen in the images below, Ham chose to exaggerate shapes of cars and planes when they were depicted in action. However, he was capable of more representational depiction when he so chose.

For what little it's worth, I am not a big fan of the sketchy, exaggerated French style of illustration seen from the 1930s into the 1950s and even beyond. I think that Walter Gotschke, who I wrote about here, did a better job of depicting racing cars impressionistically.

First, three examples of Ham's poster work at the height of his career -- for the Monaco Grand Prix race. 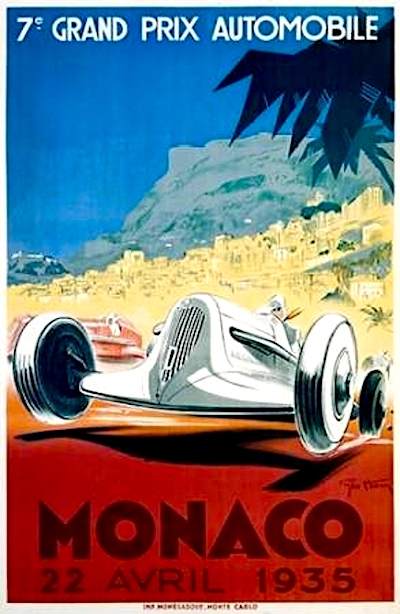 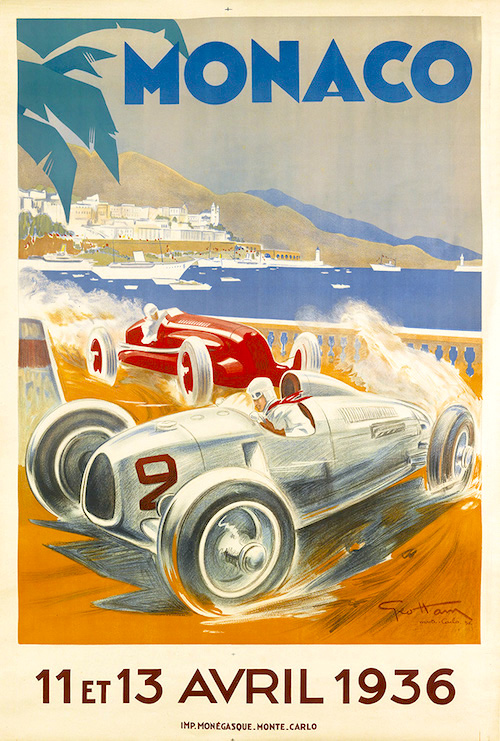 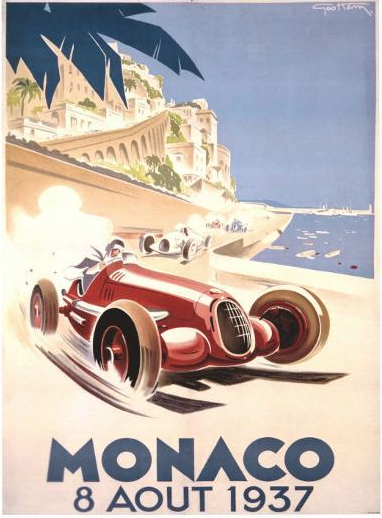 The cars are exaggerated, but recognizable.  The same applies to the backgrounds. 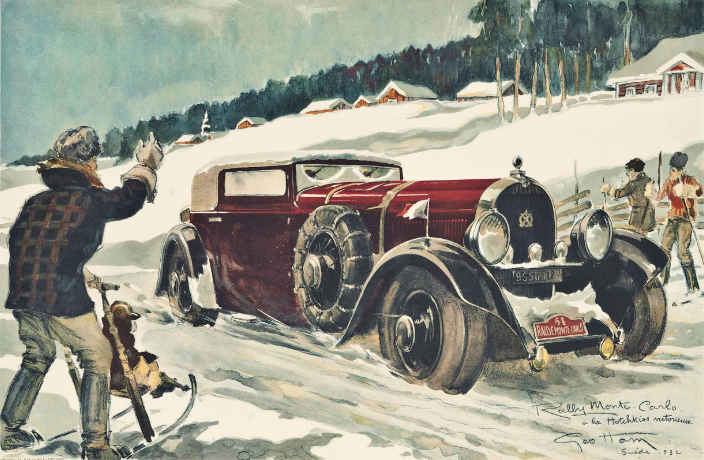 This is a 1932 illustration of a Hotchkiss participating in the Monte Carlo Rally (wherein cars drove from various points in Europe to the finish line in the principality). It is more realistically depicted, though its perspective is still exaggerated. Image via Christie's. 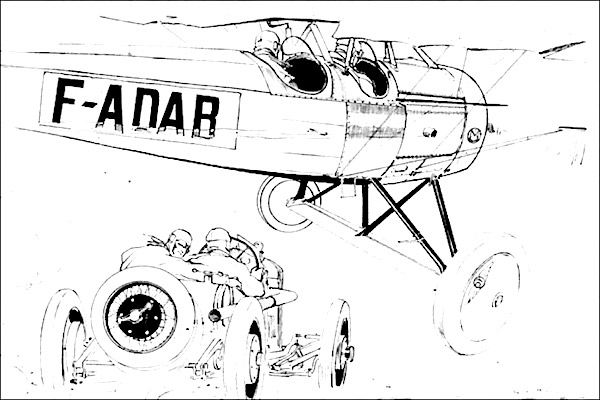 A 1939 poster study.  This shows that Ham could be accurate when the spirit moved him. 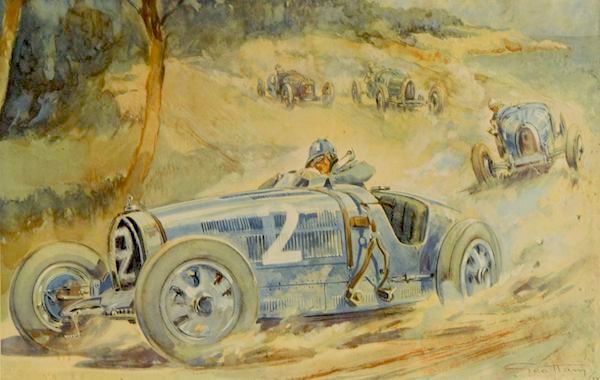 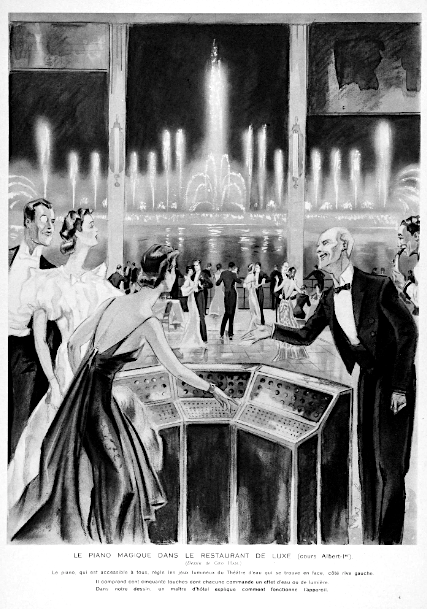 Géo Ham even made some illustrations of other subjects.  This is of a restaurant at the 1937 Paris exhibition. 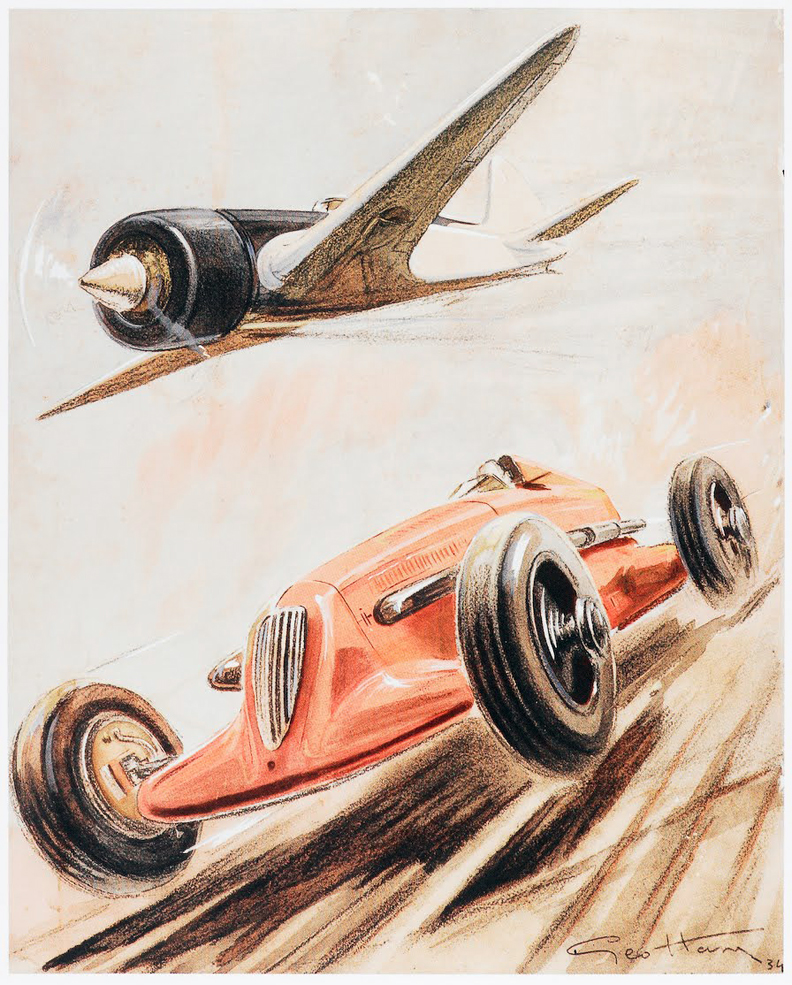 Showing a 1934 race between a car and an airplane.  I'm away from my reference material, so as best I can tell, both are Ham's inventions. 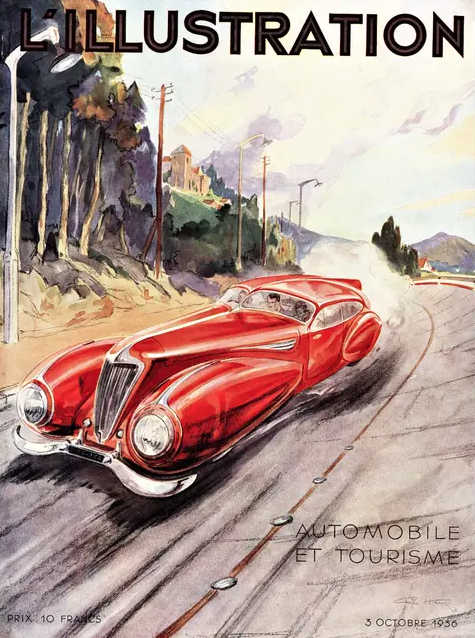 He also made magazine cover illustrations.  This highly distorted car seems to be a design he invented so as not to favor any existing brand. 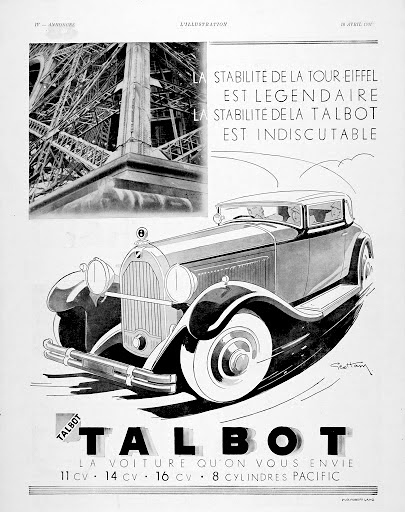 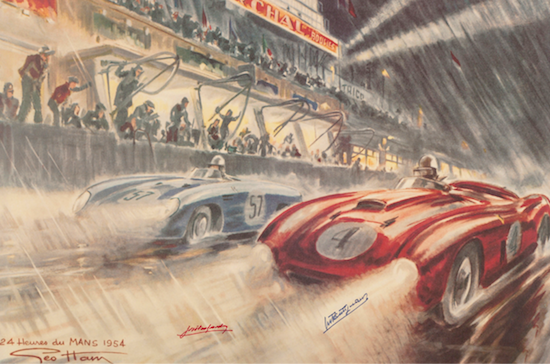 Finally, a postwar example of his work, this featuring the 1954 24-hour Le Mans race. Image via Heritage Auctions.
Posted by Donald Pittenger at 1:00 AM