Léonard Tsuguharu Foujita (1886-1968) was born in Japan, studied Western art there, and then went to Paris where he soon had a successful career, especially during the 1920s when he was a fixture in the avant-garde art scene.  This was despite that fact that his works were fairly traditional compared to the works of his friends.  What probably helped his career was his exotic origin and that he was a rather uninhibited character.  Plenty of background is here in his Wikipedia entry.  Even more information is on his French language entry.

As the title of this post notes, Foujita mostly depicted himself, young women and cats.  His oil paintings often featured a creamy white paint concoction that became a signature characteristic of his Paris work.  The cat and many of the women images were watercolor or other media on paper.

He left France for South America in the 1930s, eventually returning to Japan.  During World War 2 he was a combat artist for the Imperial Army.  Postwar, he returned to France, became a citizen and converted to Catholicism. 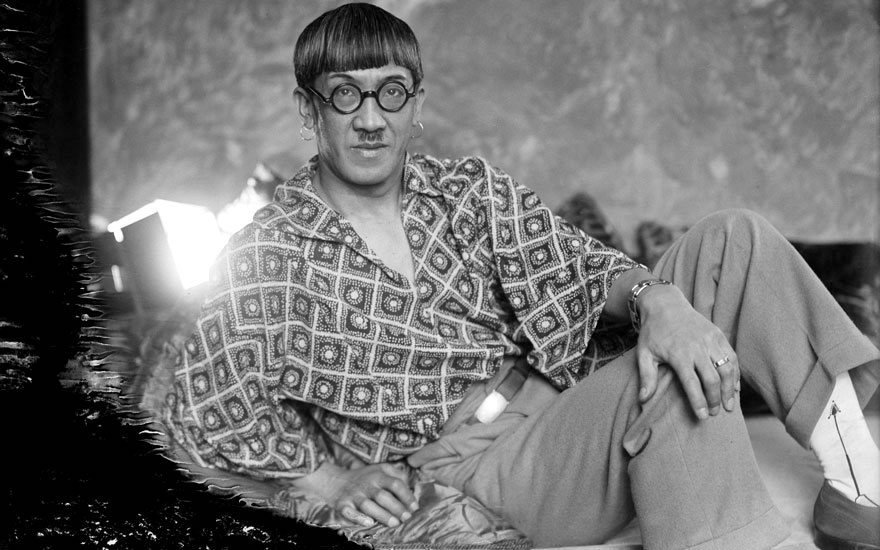 Photo of Foujita by Roger-Viollet - 1926
His hair bangs and round-lens glasses were visual trademarks. 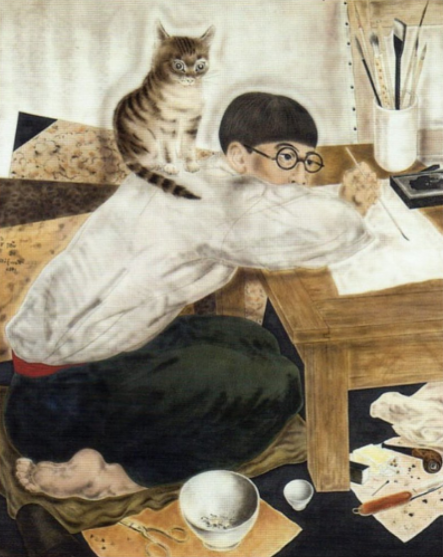 Self-Portrait in the Studio
I don't have a date for this, but think it might be a fairly early painting. 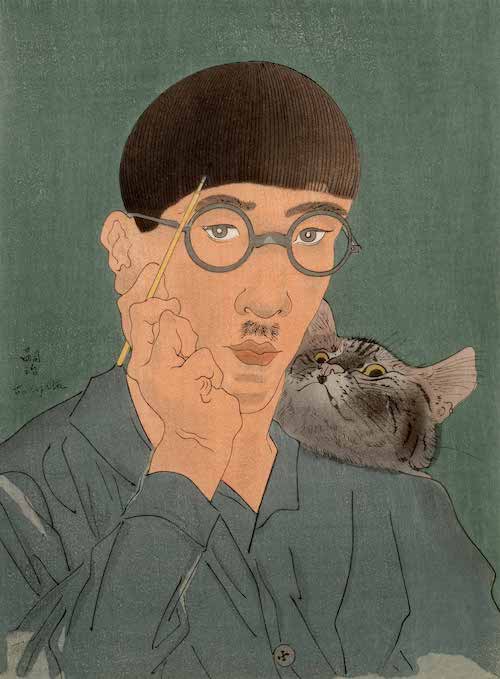 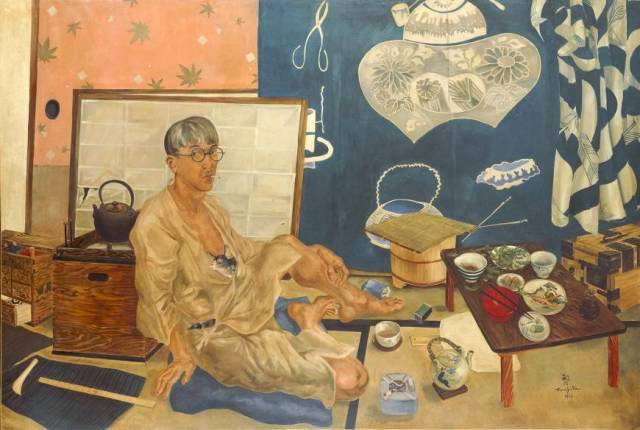 Autoportrait - 1936
From his South American period. 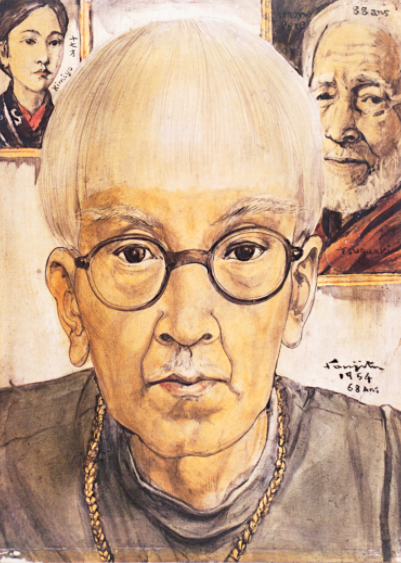 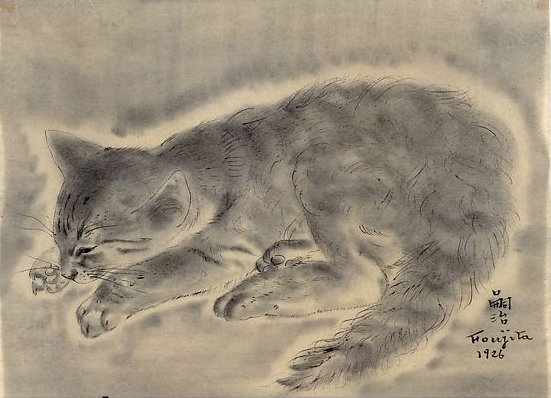 The Cat - 1926
In New York's Met collection.  Cats seem to be his best subject matter. 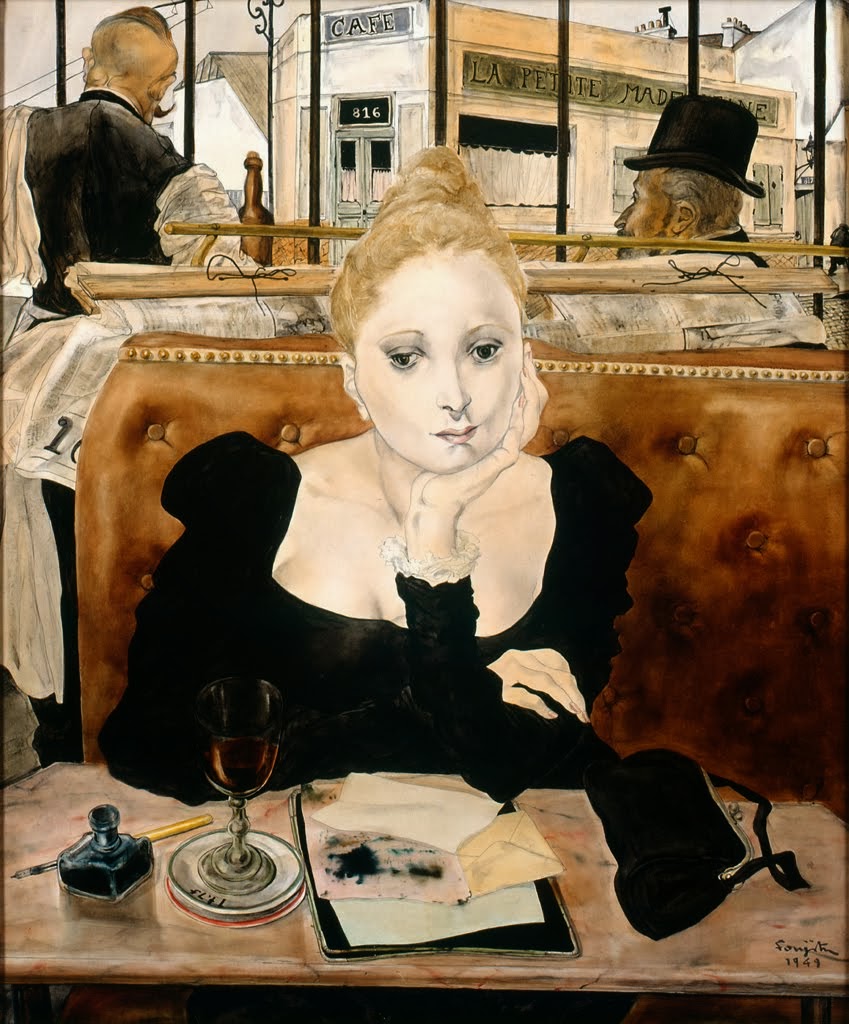 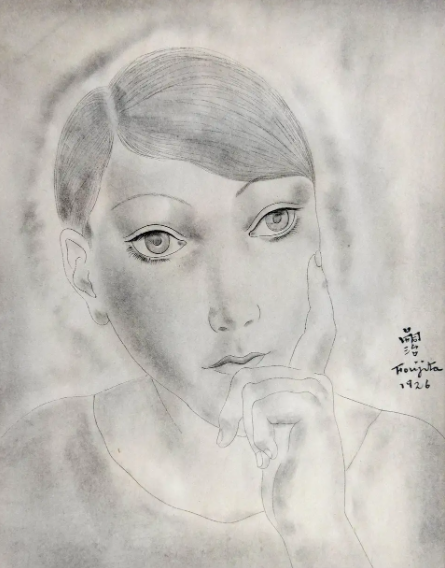 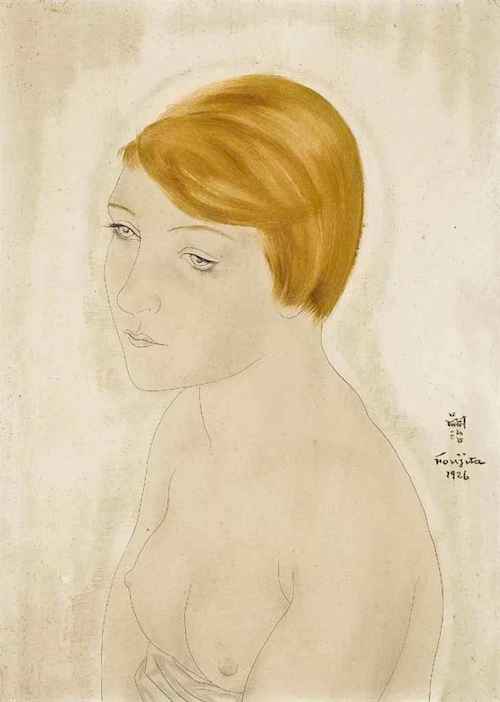 Portrait du Youki - 1926
Youki (the name he bestowed on Lucie Badoul) was his third wife who later dropped him for Surrealist Robert Desnos. 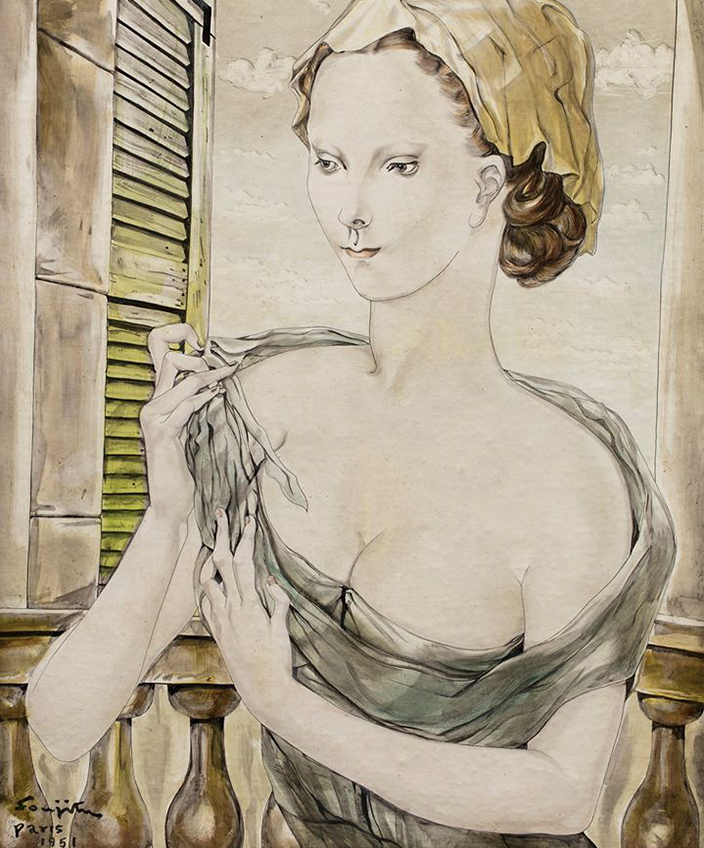 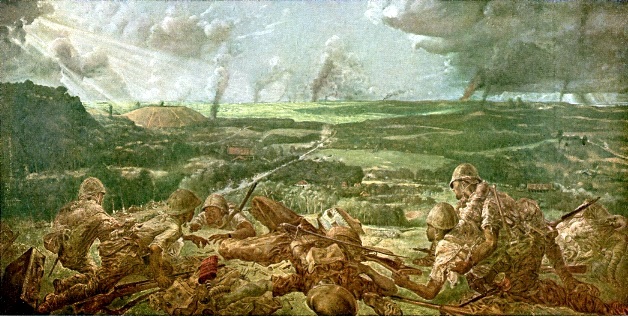 The Fall of Singapore - 1942
Combat art.  I don't know if Foujita ever went into the field -- after all, he was in his fifties by then.  In the center is a dead Japanese soldier.  That's not surprising, given the Japanese code of honorable death in combat.  Western combat artists might have thought twice before making such an inclusion. 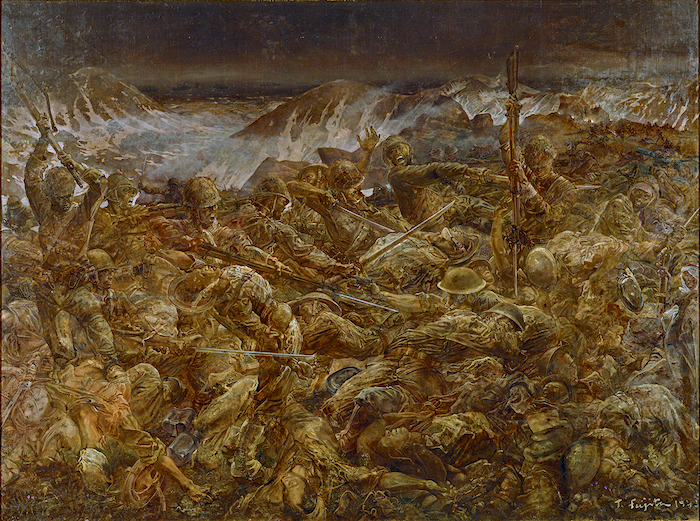 Final Charge Against the Americans - Attu- 1943
Obviously Foutita was not present when the Americans retook that Aleutian island, so the whole scene is imaginative.  Note the World War One style helmets on the American troops.  This headgear was phased out during 1942 for the "steel pot" helmet, so it seems that Foujita's reference material was out of date.  Also note the Western style drawing and how different it is from his Paris works.
Posted by Donald Pittenger at 1:00 AM