I recently wrote about New York City's Ziegfeld Theater, razed in 1967.  Another historically interesting theater that failed to survive was the RKO Roxy (alias Center) Theater (1932-1954) -- Wikipedia entry here.  It was one of the early buildings in Rockefeller Center, but had to compete with the larger, more striking-looking Radio City Music Hall.  They opened during the final days of 1932 when the Great Depression was at its worst in America.  Their combined seating of around 9,500 was difficult to fill on a daily basis in those dark days.  The Music Hall with its décor and Rockettes dancers was the stronger competitor and the Center (as it was renamed in 1933) was not economically viable.  It was torn down in 1954, the only Rockefeller Center building to suffer that fate so far.

Edward Durrell Stone was the architect, and interior designs were by Eugene Schoen, who replaced Donald Deskey who had to devote his efforts to the Music Hall interior.

Below are images mostly of the RKO Roxy during development and just prior to its 29 December 1932 opening.  Many were taken by Samuel Gotscho.  The architecture and décor are fine examples of American Moderne / Art Deco. 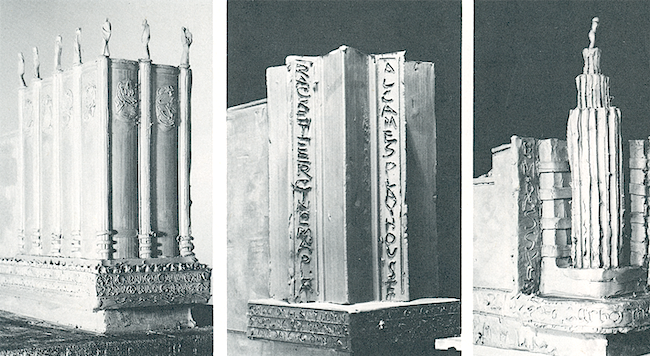 Clay studies of the exterior, photos from June, 1931. 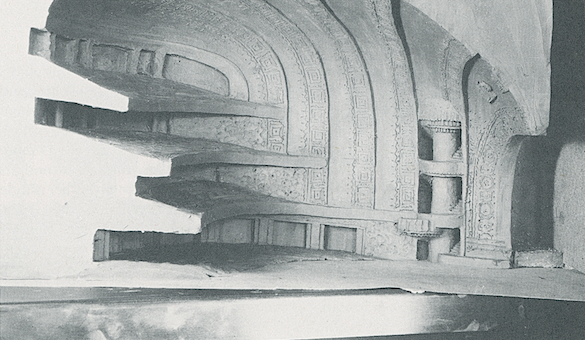 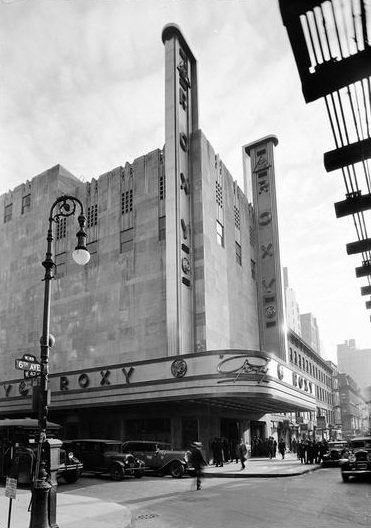 Exterior view, 1933.  The material at the upper right cornet of the photo is part of the Sixth Avenue Elevated line, razed in 1939. 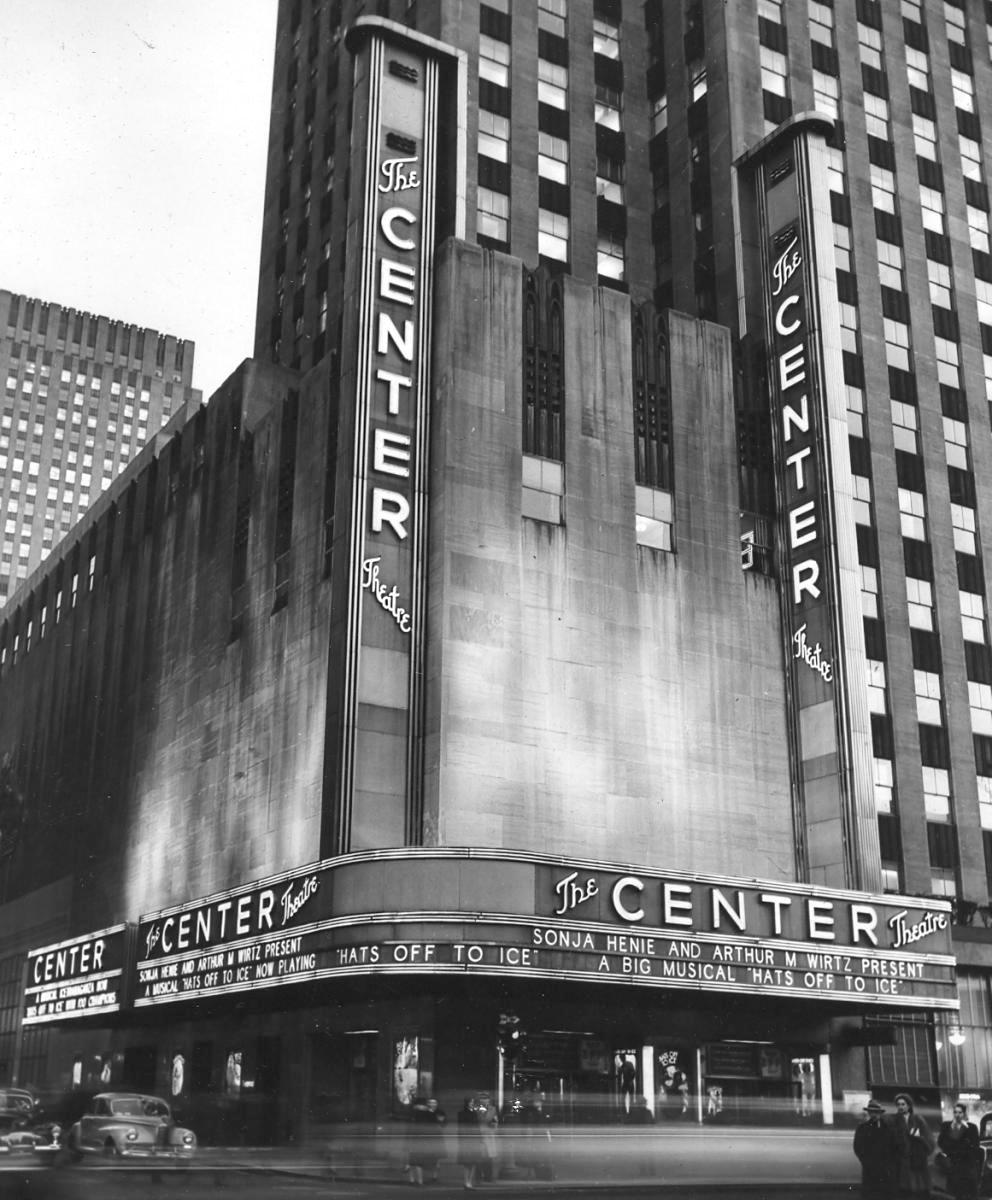 Exterior as Center Theatre, circa 1944.  Note the large buildings in the right background, not there in 1933. 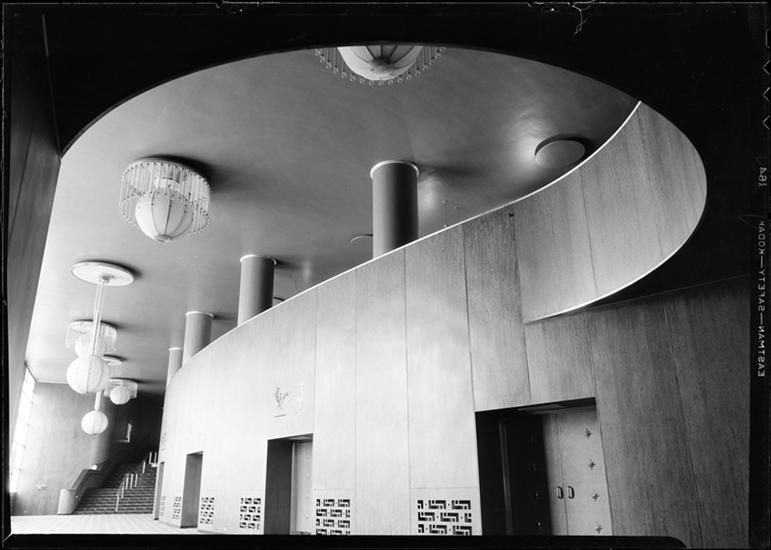 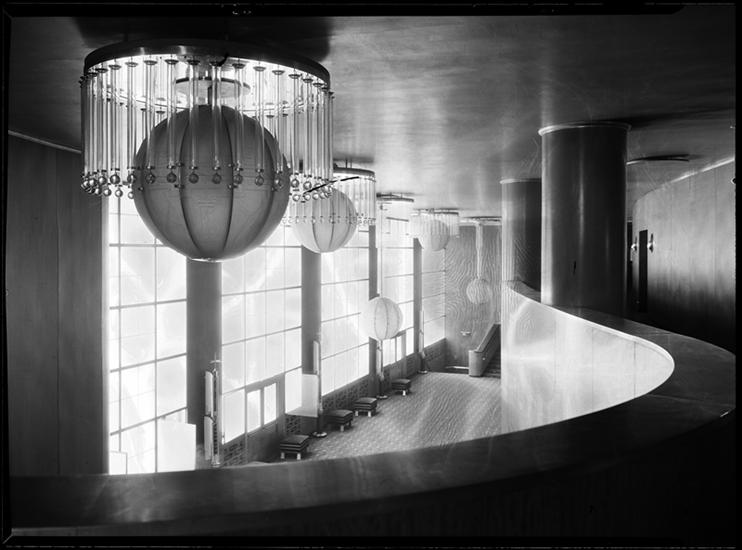 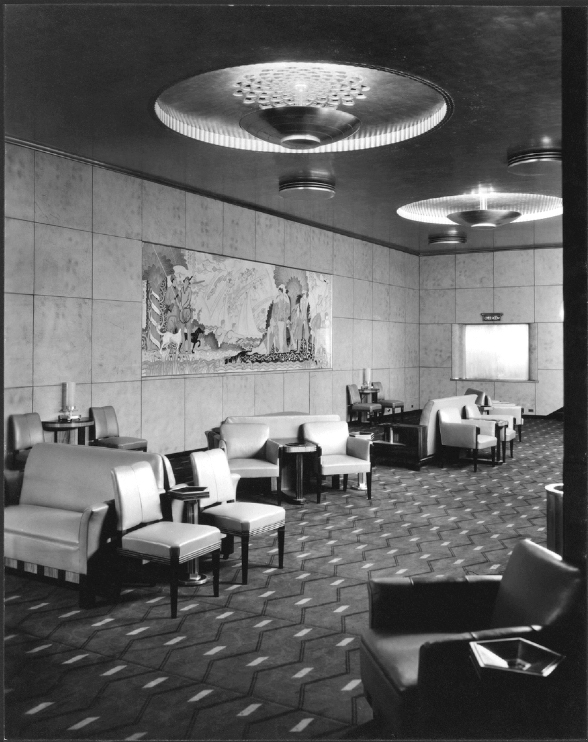 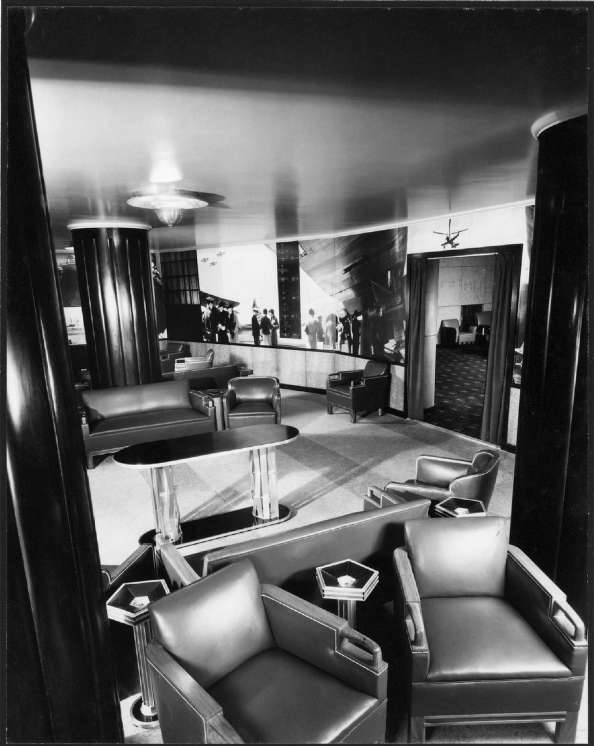 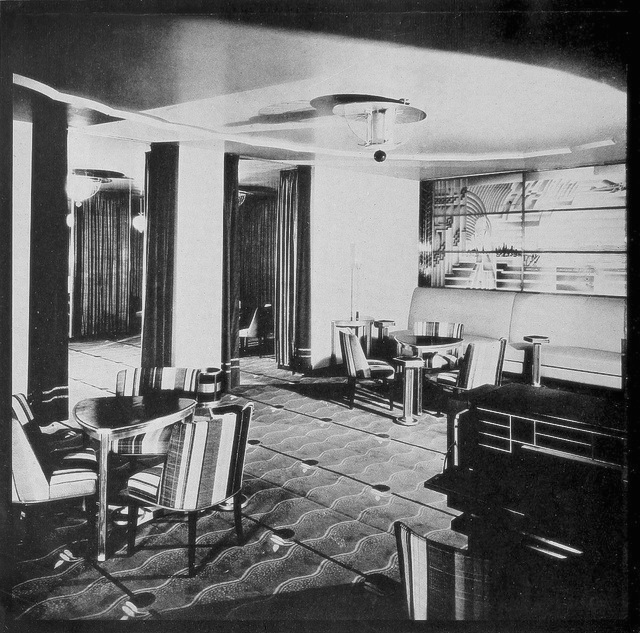 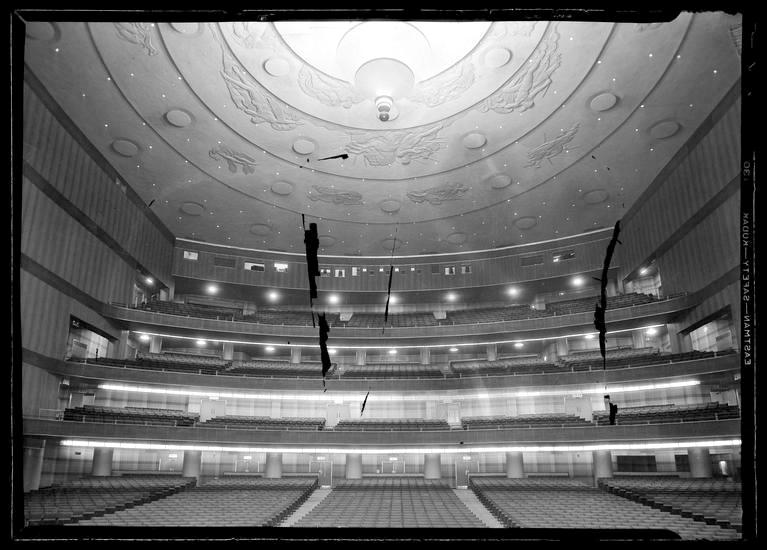 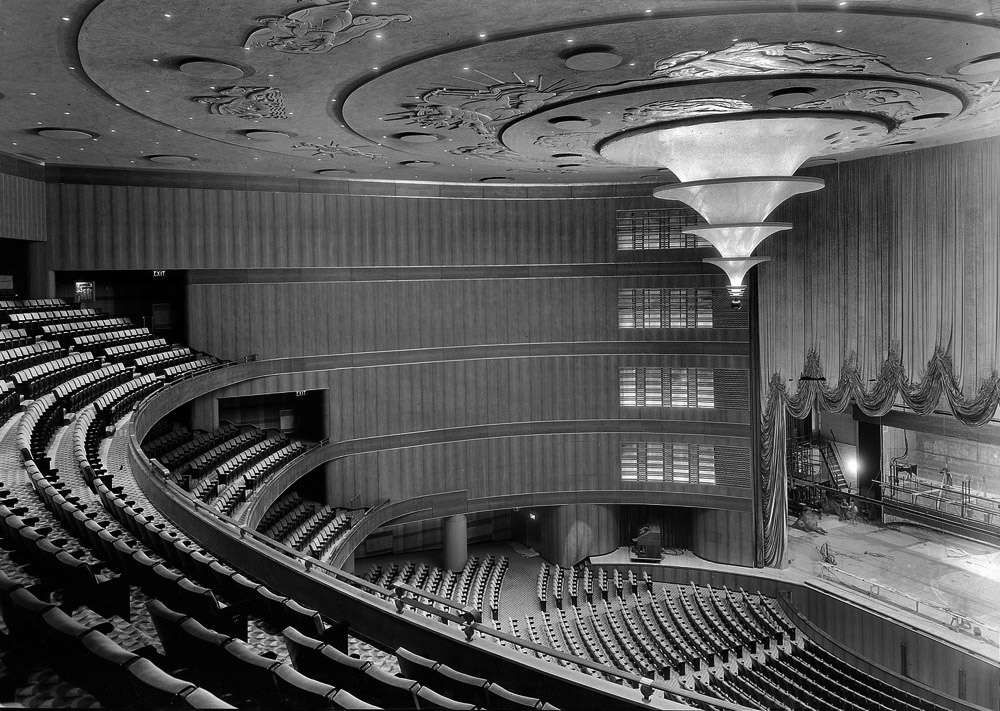 I had no idea. Thanks.