Thomas Wilmer Dewing (1851-1938) was a prominent American painter during the late 1800s and early 1900s.  Trained in Paris at the Académie Julian in the late 1870s, his style was originally academic but soon became became something that might be described as "tonalist-representational" where his depictions ranged from fuzzy to fairly sharply done.  He did not disguise his brushwork.

Some background on Dewing is here, and I wrote about his scenes of women with musical instruments here.

His subject matter was almost exclusively women, so far as I can tell.  If he depicted men, that would have been while a student or if he ever painted portraits early in his career to earn some money.  A chalk drawing of the poet Walt Whitman is in the Smithsonian collection.

Today's post presents some of Dewing's outdoor scenes populated, as usual, by attractive, aristocratic-looking women.
Images are in approximate chronological order.  Seen on the Internet, at times there are color and sharpness variations of the same painting, so view my selection with the proverbial grain of salt. 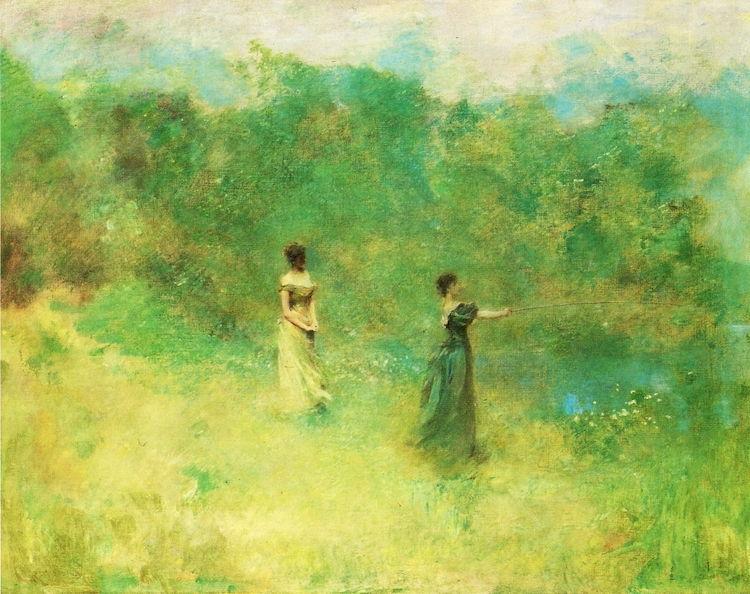 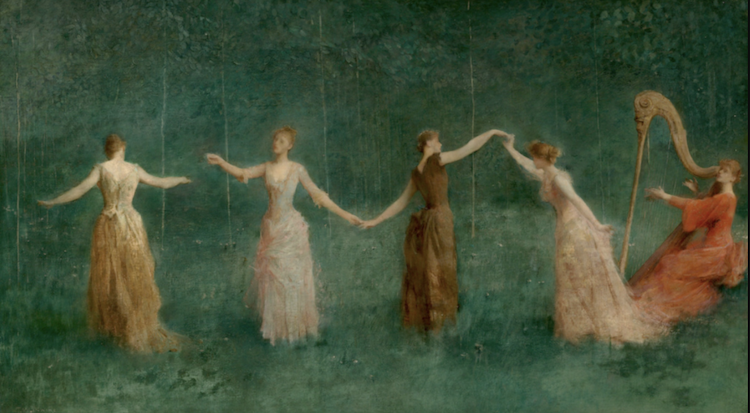 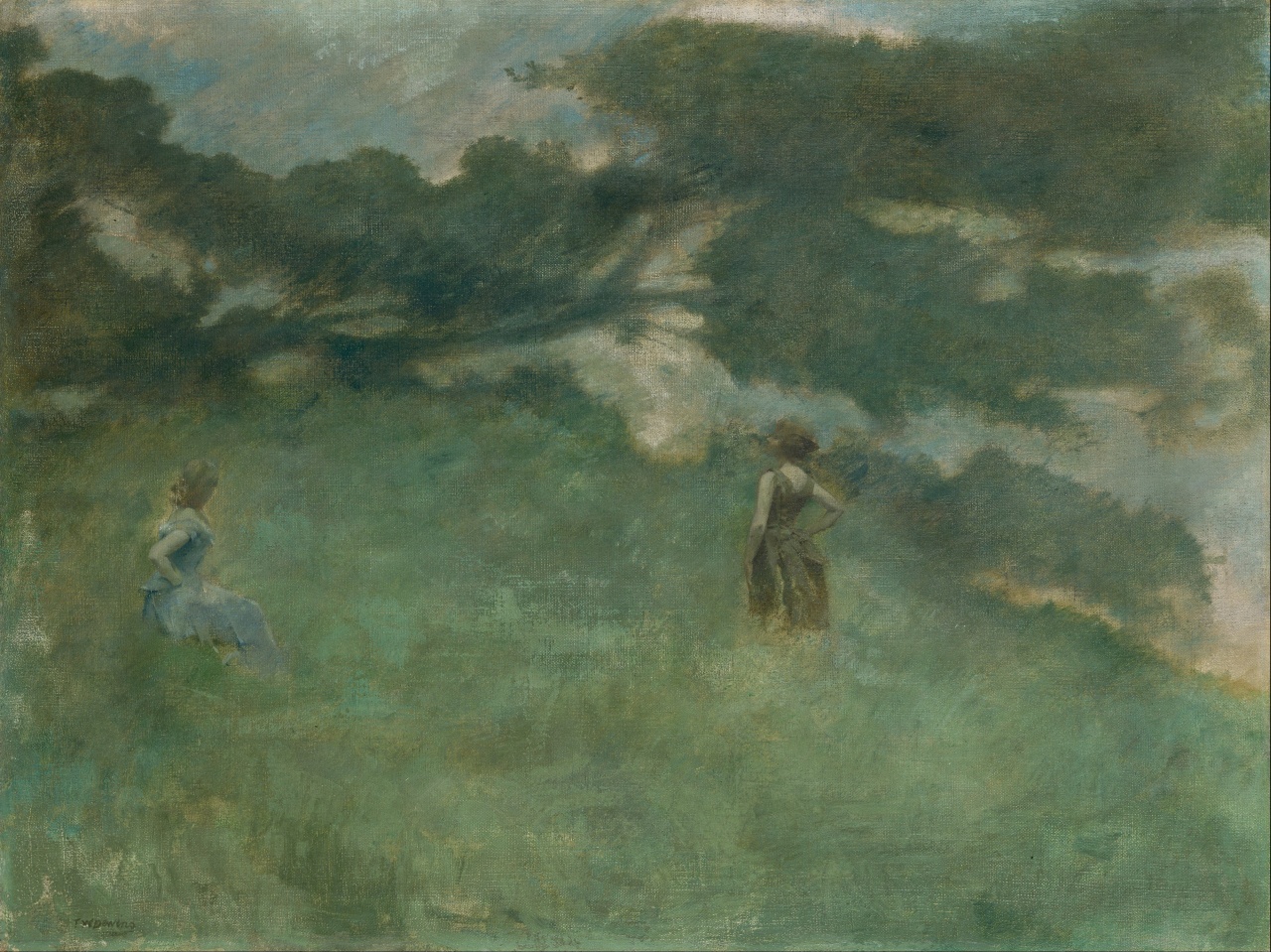 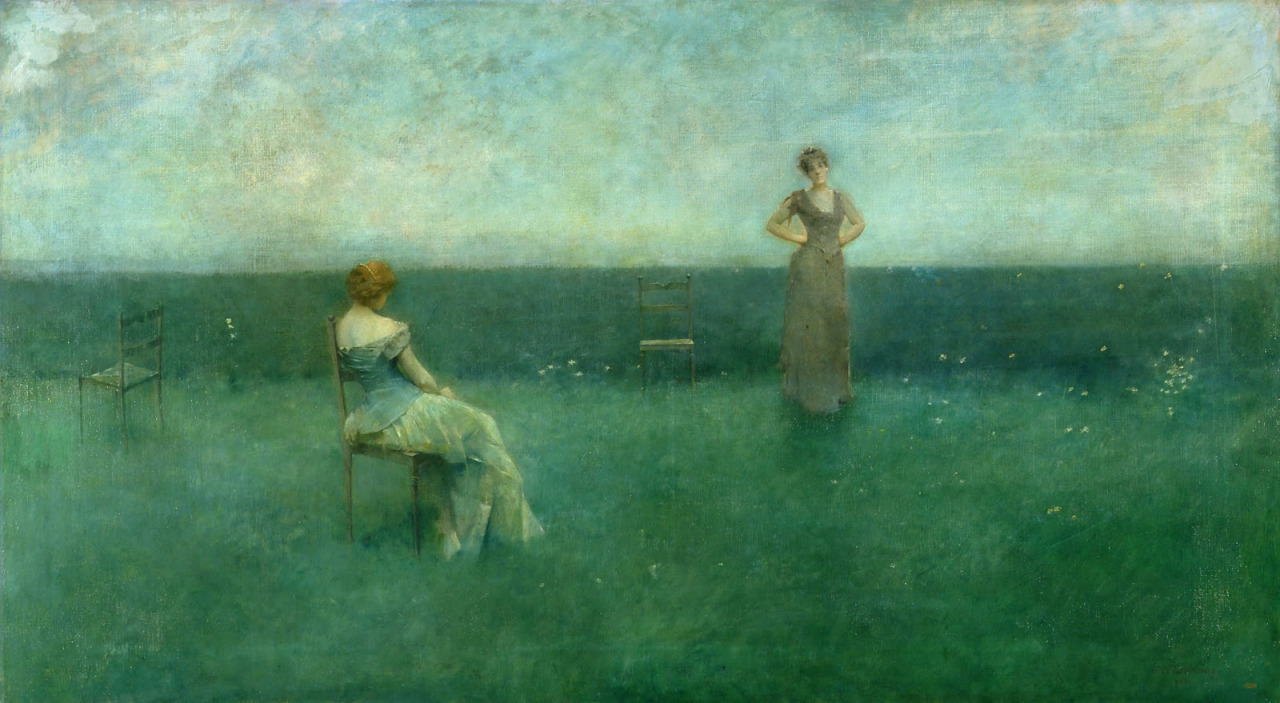 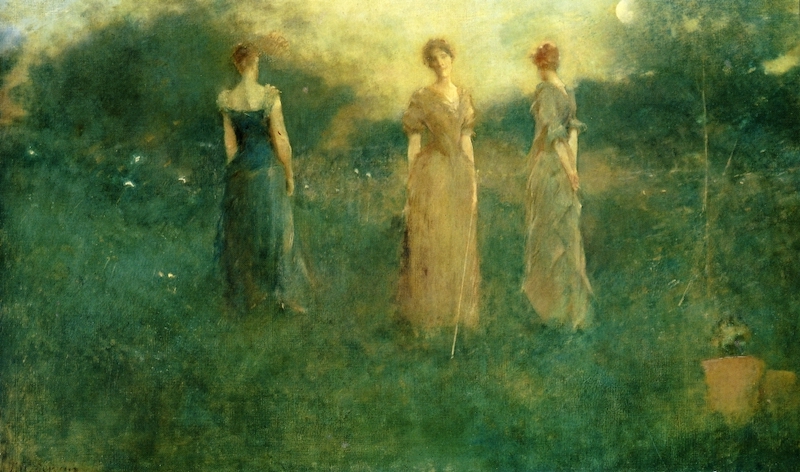 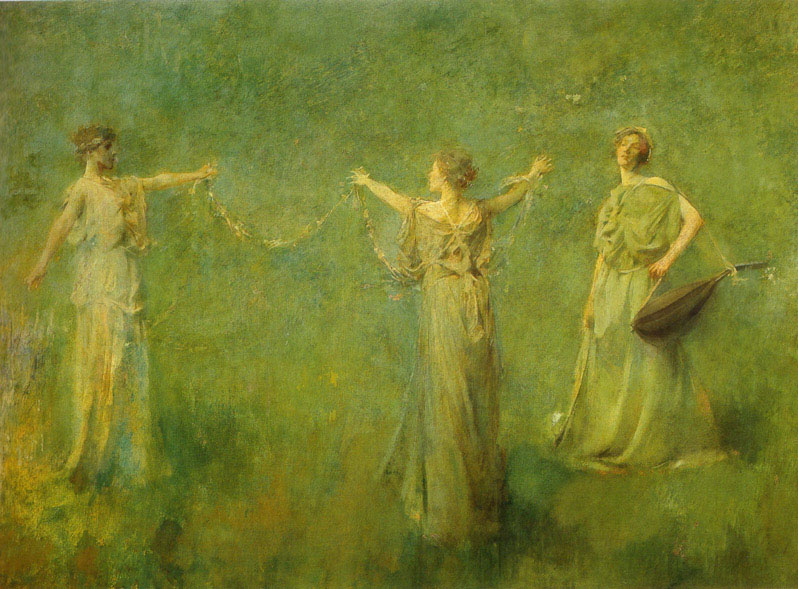 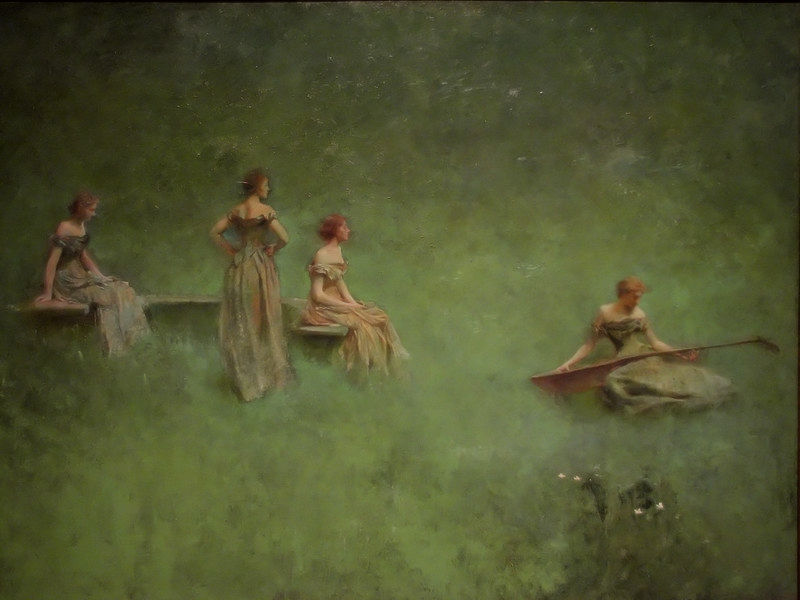