About ten years ago I wrote about some Las Vegas interiors and murals.  Recently I returned to Vegas, and while my wife was busying herself at the slots, I (who don't gamble) was taking iPhone snapshots of the architecture and décor.  Some of those, in cropped and enhanced fashion, are presented below.

Nearly 50 years ago an important book about Las Vegas architecture from a theoretical standpoint was published.  It is "Learning from Las Vegas," the title inspiring the title of this post.

That is in contrast to nearly all the Modernist buildings we see today and that were built since World War 2.  Those structures, conforming to the architectural profession's near-universal design religion, are visually comparatively simple and usually nearly or absolutely ornamentation-free.  They are also inexpensive to build compared to Las Vegas' grand casino-hotels that include traditional paintings and ornamental sculpting.  The latter is far more costly today than it was a century ago when there were many skilled craftsmen who did such work at affordable prices.

What this means is that Las Vegas is one of the few places in America where folks can experience important new buildings featuring what was much more common before the 1930s.  The town is an oasis in more ways than one. 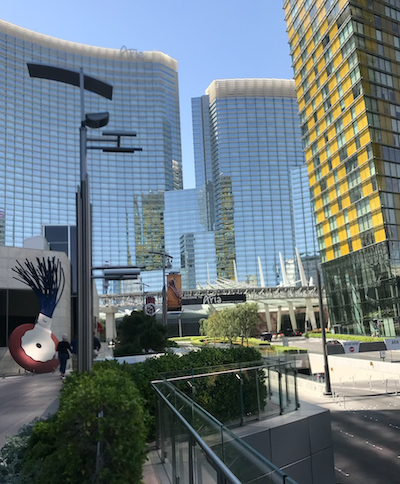 Some parts of The Strip are Modernist, such as the recent City Center development shown here. 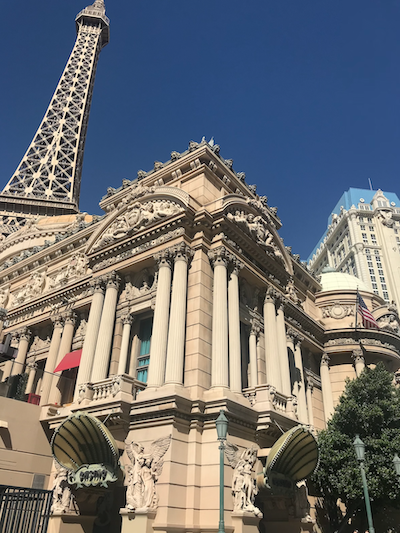 Much more visually interesting is the nearby Paris casino (foreground) and hotel (background). 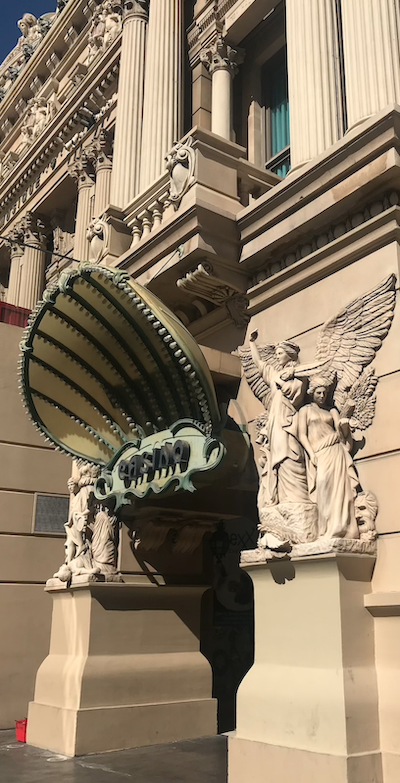 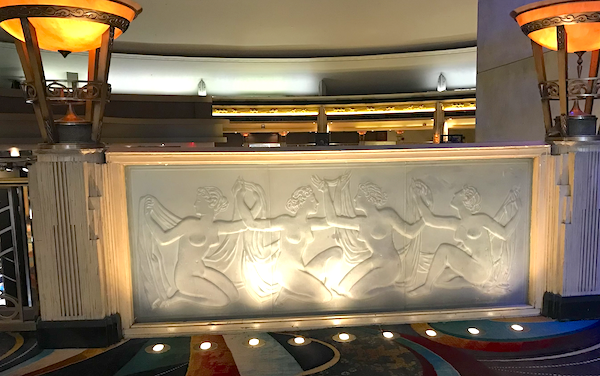 The MGM Grand had a lot of 1930s Moderne movie theater décor, most of which has been removed to create a sterile Modernist interior.  Above is a remaining touch of what the place was once like. 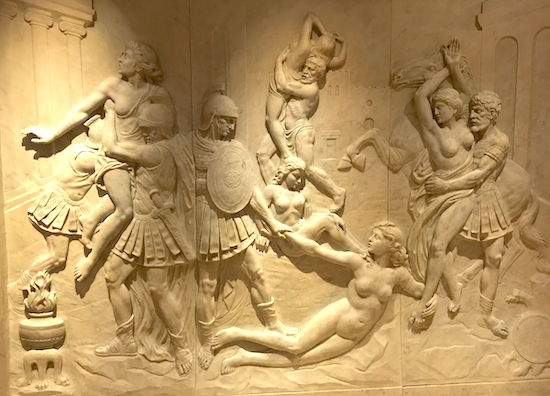 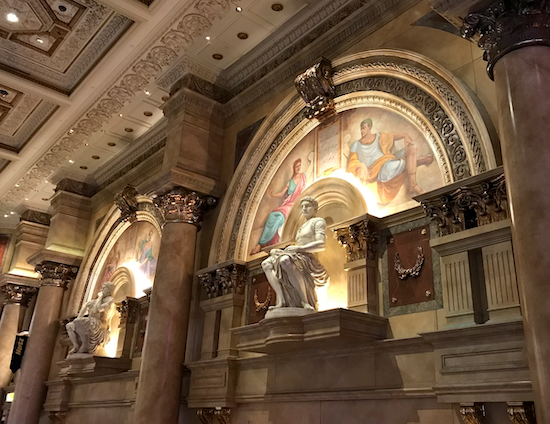 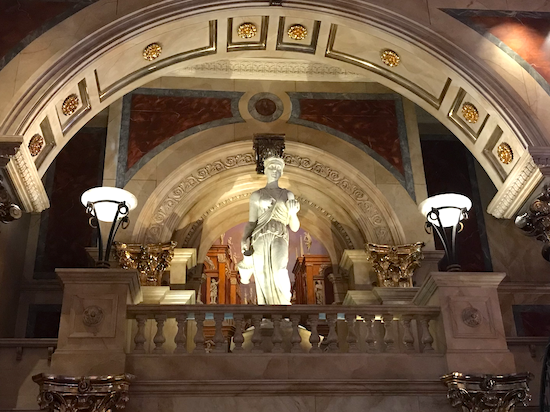 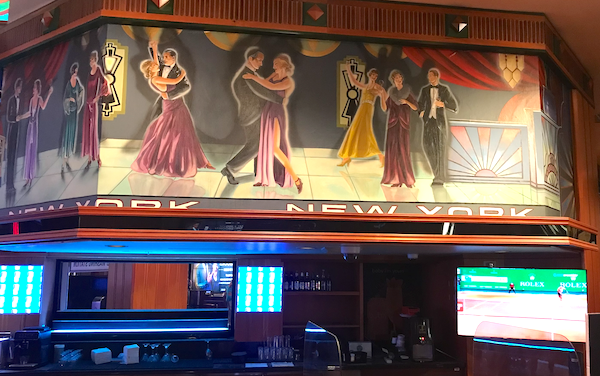 The New York's interior includes many touches of that city from the 1930s.  Besides street recreations there are murals such as shown here. 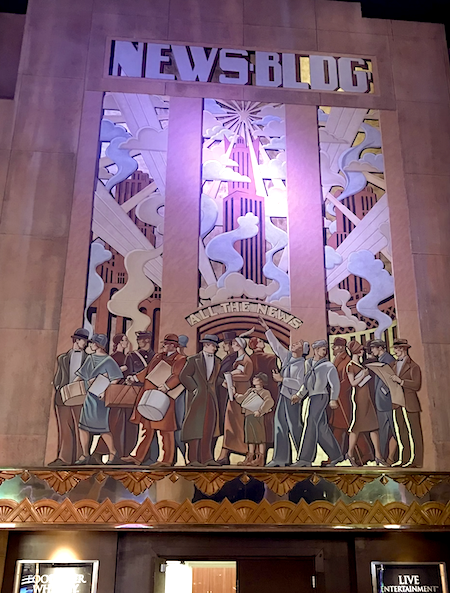 This is a riff on the Daily News Building. 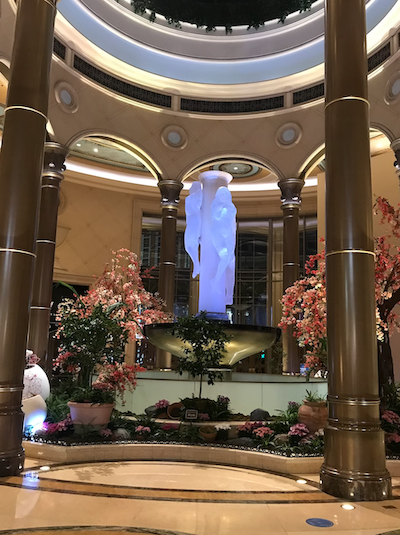 Sorry for the tilt of this view of a huge, Lalique-like sculpture in the Palazzo section of The Venetian. 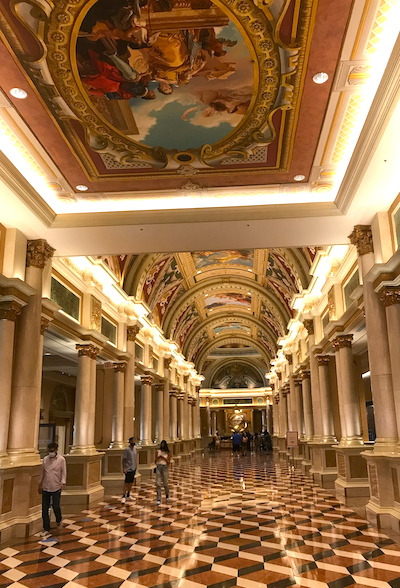 Here is the hallway approach to The Venetian's hotel lobby.  Some shops are behind the columns. 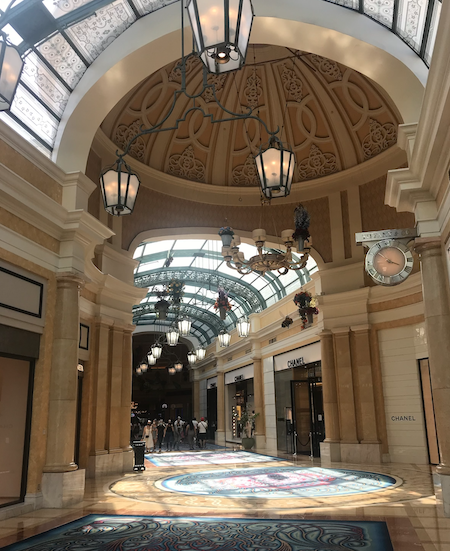 This is the expensive-shops area of the Bellagio. 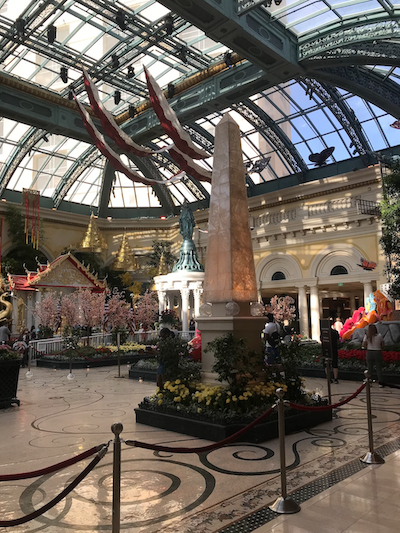 Elsewhere in the Bellagio is this conservatory that features seasonally themed décor: Christmas, Autumn, Chinese New Year, etc.
Posted by Donald Pittenger at 1:00 AM

My brother lives there so I've been through all of those. I guess I missed the MGM Grand deco movie theater phase unfortunately. (MGM Grand, Deco movie theater - oh now I get it.) All sort of interesting in a commercial stage set sort of way, but sadly not at all like any of the real stuff it is copying.

Sounding all elitist here, but once is enough, much unlike how I feel about the real world. Ever seen anything at the Oakland Paramount for example? The original Bauhaus buildings? Salisbury Cathedral?

OK, every bit of the real world art and architecture is sort of the same thing as the Vegas simulations, but also totally not.

The most sought out feature of Prime memberships is the Amazon Prime Videos. The app allows you to watch movies, Prime originals, and other shows at no additional cost. With the Prime video subscription, you can see your favorite movies and shows at www.amazon.com/mytv. You have a wide range of variety to choose from. From standup comedy to kid’s cartoons, they’ve got it all. Very helpful and Great information amazon.com/mytv