Seattle's Frye Art Museum is an odd duck in the art museum zoo. Founded by the owner of a meat packing company (along with his wife), it offers free admission and a permanent collection of Munich-centric painting from roughly 1875-1910. The bequest stipulated that some of this "founding collection" be on display at all times.

(The collection includes painting by Friedrich von Kaulbach, Wilhelm Leibl, Franz von Lenbach, Franz von Stuck (including one of his famous "Sin" paintings) and Fritz von Uhde. There are non-German works from that era including three paintings by William Bouguereau. A list of items in the collection is here.)

Traditionally, the Frye was Seattle's bastion of representational art. But a new management regime has in recent years fielded exhibits featuring seriously bad postmodern "art" in various media. There are some exceptions, however. Within the last two or three years the Frye had shows on the Munich Secession and 1900-vintage art from the University of Washington's Henry Gallery which nowadays stresses modernism.

Moreover, the Frye is currently showing (through 2 January 2011) paintings by Albert von Keller (1844-1920) that largely deal with spiritualism and the occult. The museum's Web blurb on Keller and the exhibit is here.

To me, spiritualism and the occult are curiosities of little interest. But many folks in the late 19th and early 20th centuries including Sir Arthur Conan Doyle took them seriously, as did Keller.

Keller's work is different enough to be interesting. Whiffs of expressionism, unusual colors schemes (often enough, brownish reds) and more than a dab of sex attract attention from more conventional (and perhaps better) paintings by others.

Below are some paintings to be found in the exhibit plus two extras for your entertainment. 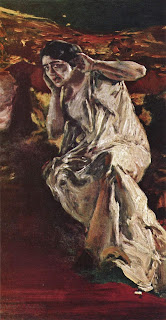 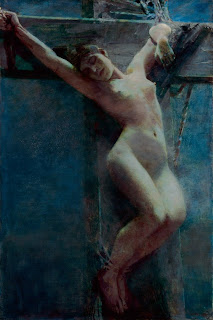 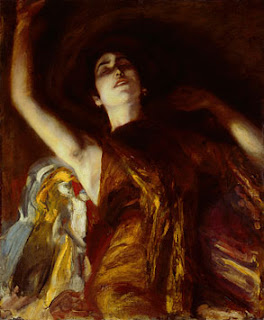 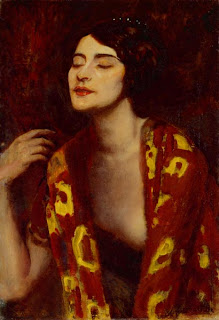 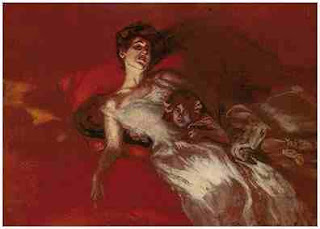 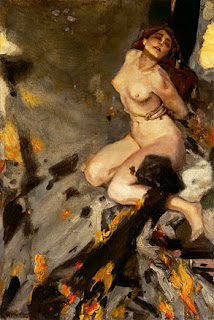 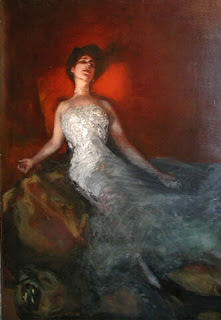 End of the Evening 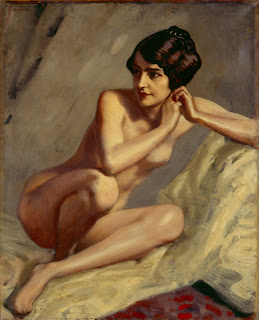 Posted by Donald Pittenger at 4:39 AM