First, You Put an Airship on the Cover


Science Fiction was simple when I was younger, ranging from "space opera" (cowboys and Indians plots adapted to interplanetary settings) to more genteel, literary "speculative fiction." And when I dropped by the Sci-Fi section of a bookstore, the displayed books dealt pretty much with the spectrum just noted.

Alas (as Sci-Fi writer Jerry Pournelle would preface many a remark), these days matters are a lot messier. It seems that something called Fantasy invaded and then merged with the Sci-Fi book displays. More recently, books about vampires have been added to the mix. The result for me is that I have to do a good deal of serious screening to distill a selection of books dealing with blasters, energy shields and bug-eyed monsters.

That's not all! Over the last couple of decades, a new genre has materialized: steampunk.

This is not a bad thing because I'm prone to like it thanks to my interest in history and technology. My problem is finding steampunk novels that are actually pretty good (I keep wasting money on stuff I discard in boredom or disgust after 40 or 50 pages).

A further confession: What hooks me into buying some of those substandard novels is an image of an airship on the book's cover. Apparently, there are enough folks out there who are fascinated by airships that such covers pop up with alarming regularity. Here are some examples. 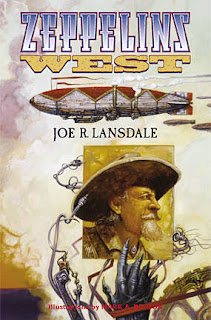 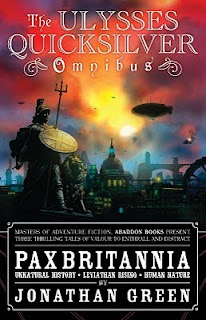 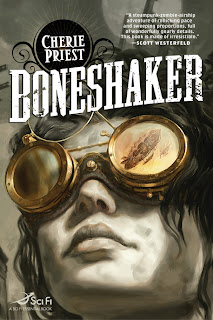 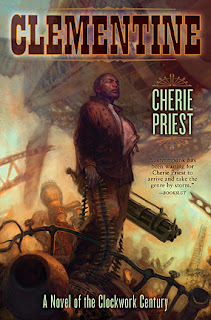 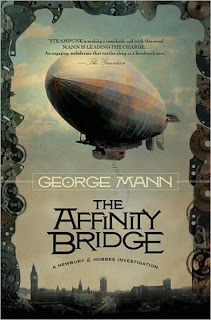 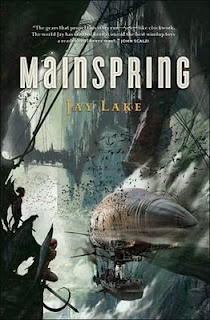 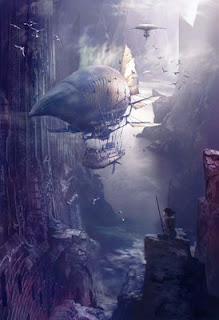 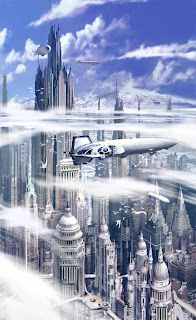 The last three illustrations are by Stephan Martiniere, the final two for Jay Lake's "Escapement" and L. Neil Smith's "The American Zone."


Real-world airships come in three structural flavors. At one extreme are those where the main "hull" is the gasbag itself, what we commonly call a "blimp." A more technical name is "non-rigid airship" where rigidity refers to its structure. Opposing this are "rigid airships" that traditionally have a light aluminum frame structure within which is a set of large gasbags. There is an intermediate type called "semi-rigid."

Another term for rigid airships is "dirigible," but sometimes this is sloppily applied to blimps as well. Yet another term is "Zeppelin," but that really should be reserved for German-built dirigibles, the name coming from their great proponent Count (Graf) Zeppelin. 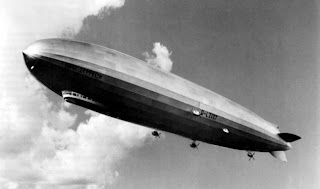 German dirigible LZ 127 Graf Zeppelin, the most successful of its breed.
For whatever it's worth, in the steampunk book cover world, airships seldom get displaced by actual airplanes. But if a cover actually did feature a Victorian airplane, I suspect sales would comparatively suffer.

Posted by Donald Pittenger at 4:55 AM

*chuckle* I know what you mean. I'm a sucker for spaceships on sf covers. And sometimes those airships look like earthbound spaceships, so they do play a big role in what my eyecandybrain is drawn to. And like you I have to skip along the bookshelves picking out the sf from vampiric harry potters.

Are any of the above any good? I was thinking of picking up a copy of Aurorarama...

ThatsMe -- The only one I've read thus far is The Affinity Bridge, which I liked.

A Victorian airplane? I have just two words for you: "autogyro" and "ornithopter."

L. Neil Smith's The American Zone is pretty good. If you're of a statist bent I guarantee you'll hate it, but as a story it works, and the characterization is among his best. His villains are not quite the strawmen they were in some of Smith's earlier works.