In the Beginning: Juan Gris


Juan Gris (1887-1927), born José Victoriano González-Pérez in Madrid, moved to Paris in 1906 where he made his mark as a Cubist painter before his death at age 40. His Wikipedia entry is here and a similar reference on a site containing many images of his work is here.

His training was at Madrid's Escuela de Artes y Manufacturas when he was in his mid-teens and then studied for a while under José Maria Carbonero, an academic-oriented artist.

To help support himself, he did commercial illustration at a very competent level. His draftsmanship was good, as was his craftsmanship. These traits are also found in his cubist paintings, most of which are carefully composed and painted still-lifes that often featured musical instruments. Even his Cubist portraits -- which tend to echo portraits by Picasso made during his Cubist phase -- seem more organized and disciplined than what Picasso did.

Aside from one commercial piece, early, non-cubist works by Gris are hard to locate on the Web (I found some illustrations of popular dances, but they were undated).

Below are examples of Gris' Cubist and representational work. 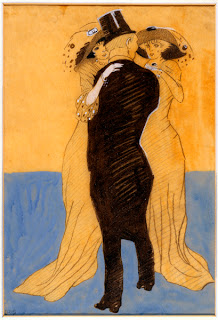 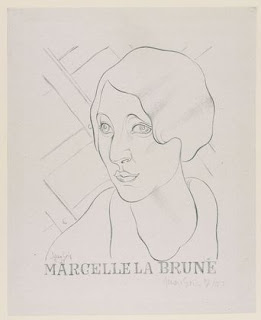 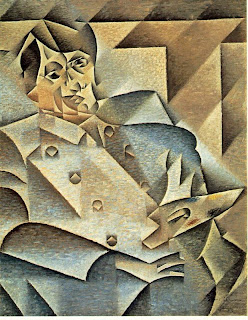 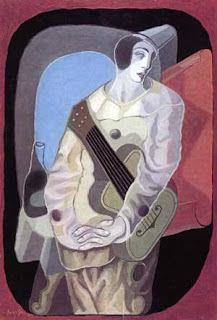 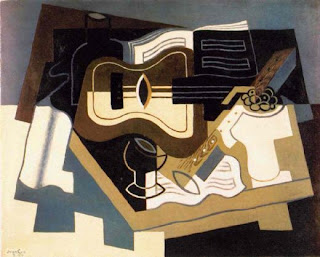 You can click on some images to get larger and sometimes sharper results if your computer and browser permit.


I find it sad that so many good artists never lived to age 40 and were unable to demonstrate further evolution. Gris, who lived less than two months beyond his 40th birthday, also presents the question of unfulfilled potential. For example, what would have been his reaction to Surrealism or Abstract Expressionism? Might he have eventually abandoned modernism?

Gris strikes me as being a highly competent artist who probably could have worked in any genre. But I doubt that he could have abandoned his craftsman-like approach to art.

Posted by Donald Pittenger at 3:47 AM