Tullio Crali (1910-2000) was a pilot and self-taught painter who took up Futurism at a late date for it (1929) but at a comparatively young age for himself. Given his enthusiasm for aviation, he was part of the Aeropittua sub-field of Futurism.

Even though Futurism in general faded before its founder Marinetti died, Crali carried on with the project till the end of his very long life.

I suppose most critics nowadays would recoil at the bellicosity of some of Crali's paintings, but when they were painted they fit well with the temperament of Mussolini's Fascist Italy.

Being late to Futurism, Crali didn't get very hung up on the fussy, Cubist-like finely-chopped subjects depicted by earlier practitioners. Instead, his paintings tended to be simpler, more poster-like.

I wouldn't call Crali's paintings great, but I do find them oddly likable thanks to their bold design and sense of action.

For better quality and enlargements, try clicking on the images. 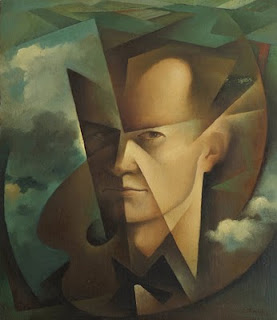 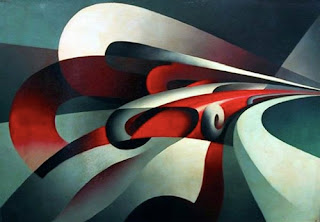 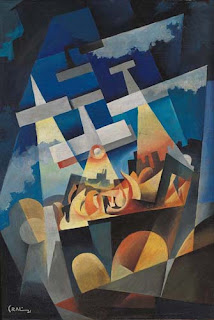 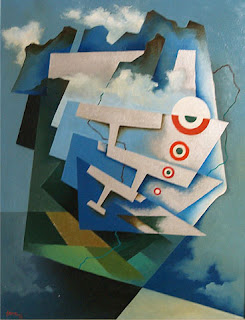 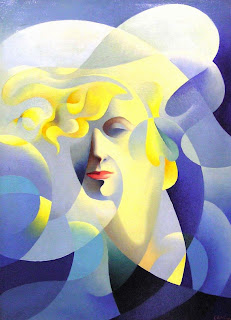 Ballelica - 1932
Not every subject was a machine. 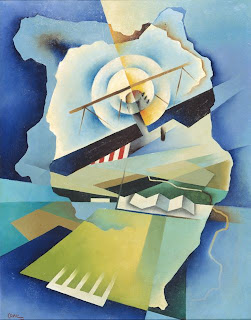 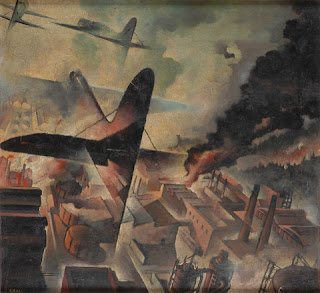 Bombardamento di una fabrica (Bombing a Factory) - 1938
This bombardment seems more sinister and businesslike than in the 1931 painting above. 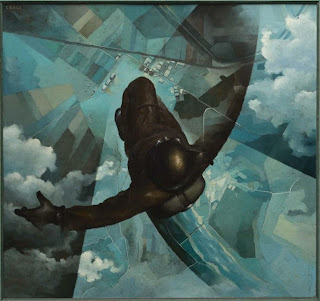 Prima che s'apra il paracadute - 1939
To me, this painting produces the greatest sense of motion. 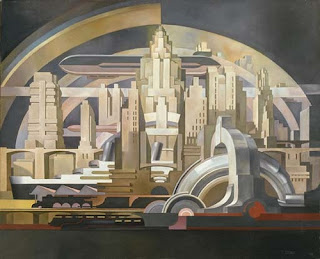 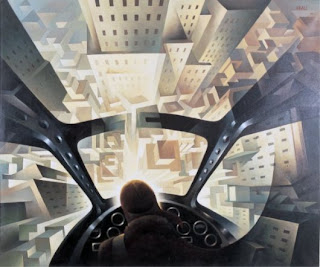 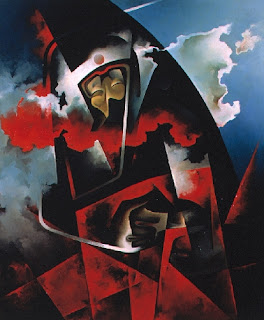 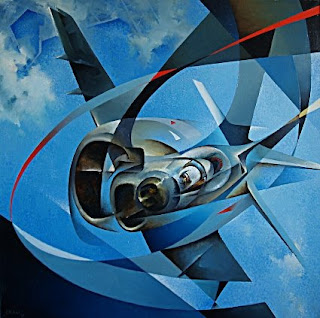 Monoplano jonathan - 1988
Done near the end of his life -- and still Futurist!

I gotta say, of all the modernists, I am mostly consistently impressed by the futurists.

I have to say these are
some of the few paintings that actually make the hair on the back of my neck stand on end - in a good way. Always, from the start, still to this day.

I do think Crali's paintings are great! Bold Color, Geometric, Graphic! All this while being self taught. Bravo!