Sometimes there's a last spurt of flame before the candle dies, or so I recall hearing it said.

True or not, something similar sometimes happens with automobile companies that are about to flat-line. In this instance it's a final roll of the dice, betting what money the company has left on a flashy model that is either brand new or (more likely, given the cost factor) a major styling face-lift.

Where money is totally lacking, nothing much gets changed and the brand dies with nothing but a whimper. Badge-engineered British makes that died in the 1960s are a case in point.

This post deals with some American brands that went down fighting with regard to styling. They are: Hupmobile, which was gone by 1940; Graham, that ceased production in the 1941 model year and had a curious afterlife (see the link for details); Kaiser, the only halfway successful post-World War 2 new brand; and Studebaker which built the Raymond Loewy designed Avanti for a few years before dying in the mid-1960s while trying to sell its Lark-based sedans with facelift after facelift after facelift.

Here are these companies' last (or nearly-so) gasps: 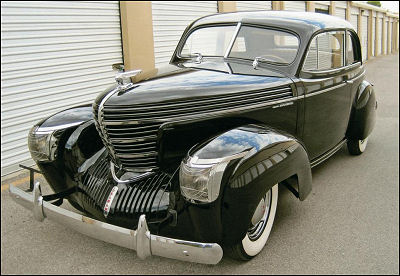 1939 Graham "Sharknose" coupe
The "Sharknose" (a popular name, not the official company version) Graham was largely designed by Amos Northrup as an attention-getting style in the pseudo-streamlined fashion of the 1930s. For some reason I rather like it, though it was not a sales success and the company continued its slide out of the industry. 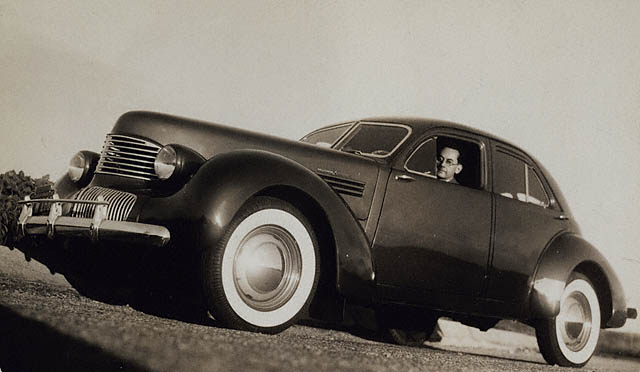 Surrealist Man Ray in his 1941 Graham Hollywood
Not a publicity shot: he actually bought one when he returned to the USA after France fell and was living in the Los Angeles area. Aside from the hood and grille, the Hollywood used body panels from the Cord brand that failed after the 1937 model year. The Cord 810 and 812 models of 1936-37 are not included here because they represented the revival of a brand that had been discontinued a few years earlier. 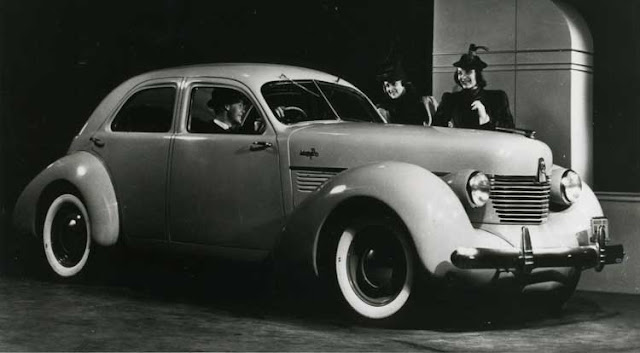 1939 Hupmobile Skylark
Hupp shared Cord bodies with Graham, though few of the Hupmobile versions were built. The car depicted is a prototype with a front that looked Cord-like apart from the tacked-on headlights (the Cord had them hidden in the fenders). Production versions looked almost identical to the Grahams shown above. 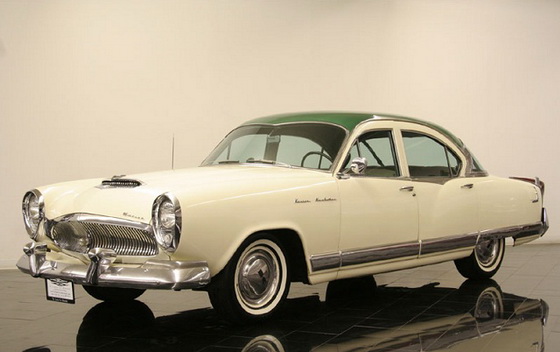 1954 Kaiser
This is how the last American-built Kaisers looked. It was a major facelift of the 1953 version. Changes included the Buick-like grille, wraparound rear window and elaborate tail light housings. Production continued in South America for a few years with another facelift style. 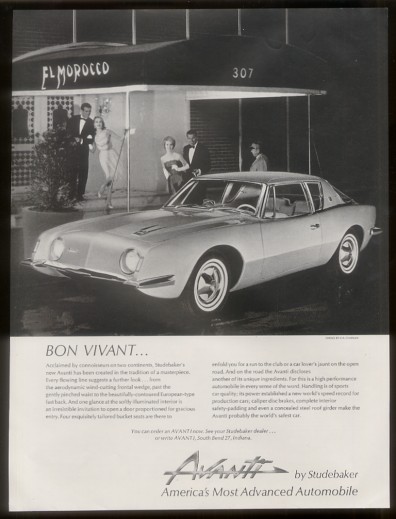 1962 Studebaker Avanti
Studebaker announced the sensational Avanti almost 50 years ago, yet the styling could just as easily be for a 2011 model aside from a few details such as the windshield angle (a 2011 would have greater slope).

Very nice oldschool cars - thanks for this great blog.

The 1940 Graham was one of the few cars that year that still used composite headlights instead of the then-new sealed beams.
Individual headlight styling wouldn't be seen on American cars again until the mid-80s.