Was Helen Worth All That Bother?


Helen of Troy, legends have it, was the most beautiful woman of her day who was the spark that set off the Trojan war. Actually it gets pretty complicated, as the Wikipedia link above indicates, but we'll go with the beautiful part.

Many artists over the years found it hard to resist the appeal of painting the most beautiful woman in the world, so "portraits" of Helen abound. A few are shown below along with some actresses who portrayed her in movies. 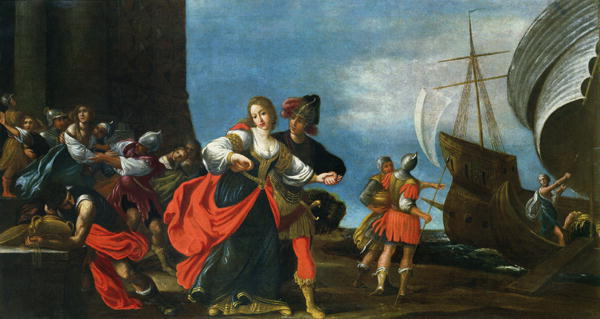 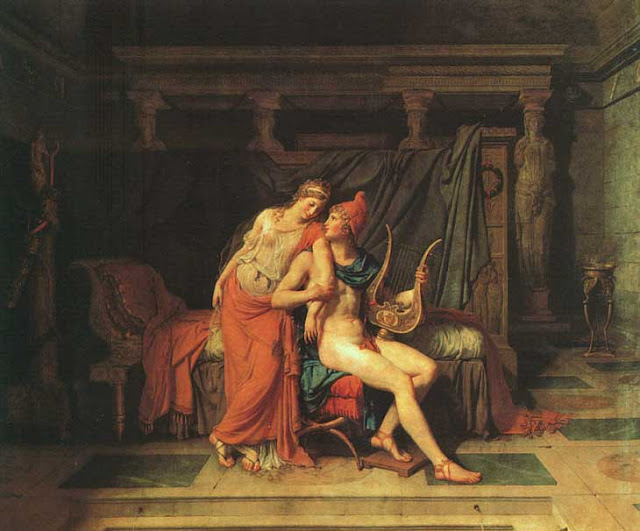 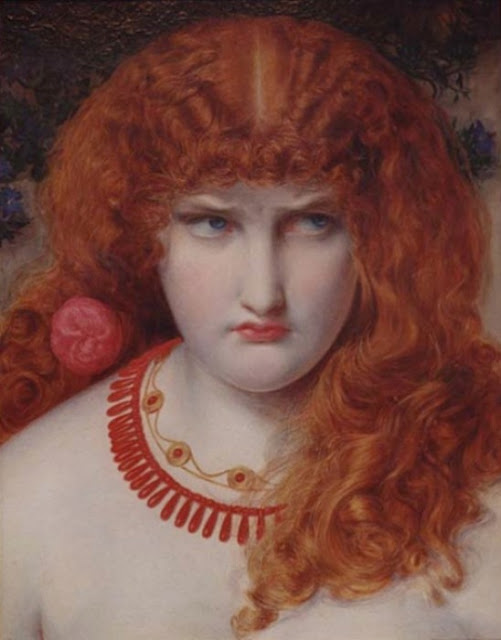 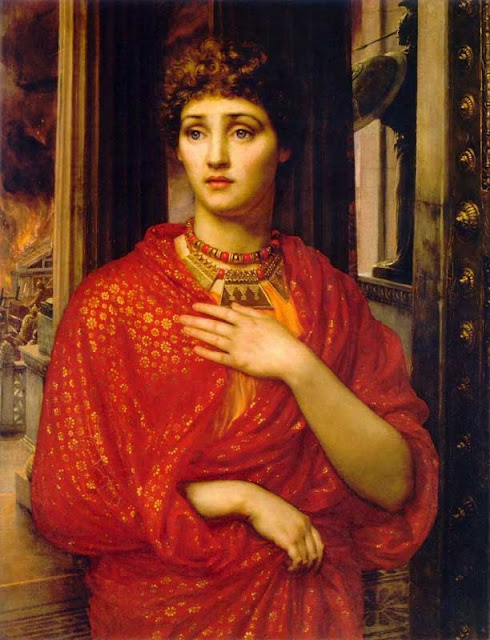 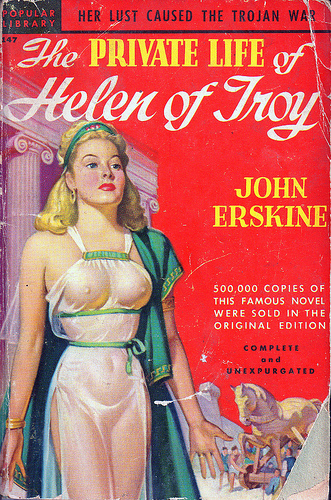 The Private Life of Helen of Troy - book cover 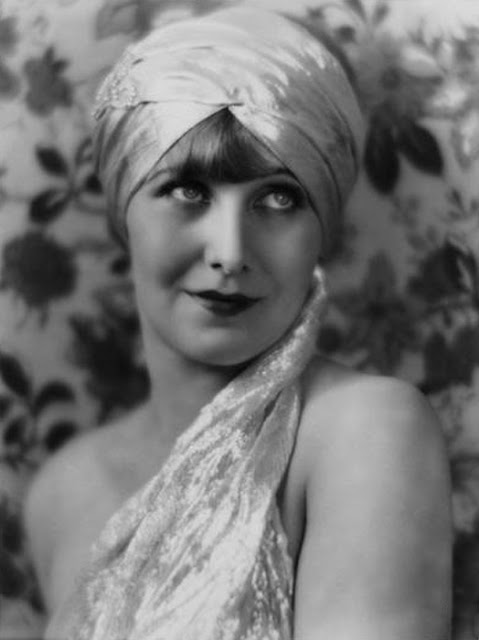 Maria Corda in The Private Life of Helen of Troy - 1927 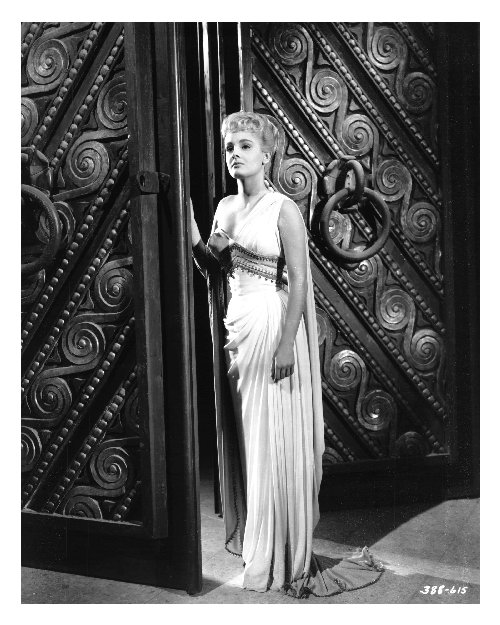 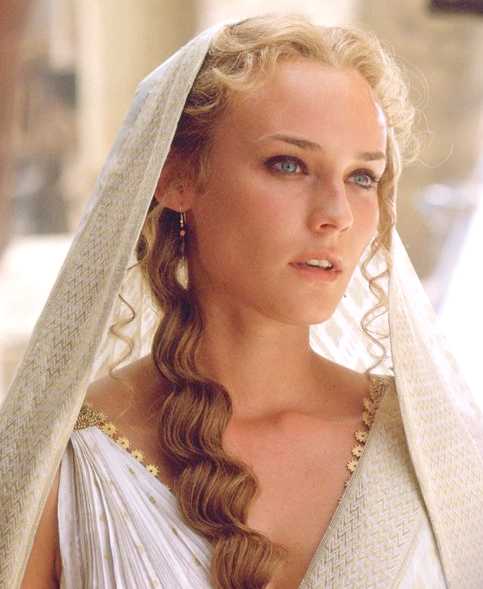 I find it interesting that Helen often seems to be a blonde or otherwise has light brown or red hair (Poynter's version is an exception). I've never gone nuts over blondes (though I have nothing against them). But the artists who did choose to depict her as blonde almost surely had that preference.

What we have here is a demonstration of subjectivity in art. Clearly the casting directors and painters strained to select an appearance that was to represent the ultimate in female beauty. (Okay, I'm not so sure about Sandy's scowling redhead.) Yet these Helens differ. And even though they differ, there's not one I'd be inclined to abduct and haul off to Troy. However, if she had dark hair and gray eyes ....

Posted by Donald Pittenger at 2:52 AM

Lol - the redhead threw me off a bit, too! She actually looks a bit like my daughter (back when my daughter was twelve).

Helen's light-colored hair actually originates in antiquity. Both the Iliad and Odyssey describe her as "fair-haired Helen." (Which led to Hesiod's famous depiction of the Greek voyage "in boats over the great gulf of the sea to Troy for the sake of fair-haired Helen.")

There is some disagreement among classicists as to whether her hair was blond or red.

Helen was blond. She is called "fair-haried Helen" as well as "Helen of the golden hair" by Homer.

But I agree, I do prefer dark hair and grey eyes, ala Tolkien [Luthien and Arwen]. lol

I would also not abduct a single one of the images.

You don't know Helen is blonde and those descriptions certainly don't say so definitively.

Firstly, Helen remains a mythological figure and not a historical figure based firmly in fact and reality.

Thirdly, should we even classify Helen as a woman, when she was in fact half-goddess? Should we only look at fully mortal women do semi divine women or just basically every adult female on the planet count as a woman and what age do we start counting from 19?18?20?16?15?21?

Fifth, if you watch Bethany Hughes’ 2005 documentary on Helen of Troy, which aimed to be as historically accurate as possible to recreate how a historically accurate Helen may have looked like, I agree that it made her seem more other worldly or exotic. But still judging from what was re-created I doubt very much that she could have been the most beautiful woman in the world. Let’s just say they had questionable taste in aesthetics.

Additionally, I definitely think that she wasn’t worth all that much trouble,turmoil,chaos,deaths,loss etc. I think that essentially she got off scot free. She was largely an unsympathetic character though I do agree that however she had no choice what she looked like.

I believe that she did want to elope to Troy with Paris with perhaps a bit of magic intervention ,though accounts differ and some said she went willingly while others said she only went because of Aphrodite’s enchantment which regularly renewed itself. One curious thing that I noticed though is though the most prevalent account of the myth which appears in all media accounts of the myth said that she returned to Sparta with Menelaus, they lived undisturbed and reconciled albeit a strained relationship and kind of lived happily ever after and after their deaths went to heaven or the fields of Elysian with him while other versions differ. One version said she was taken to Mt Olympus after Menelaus’ return, in another she was hanged from a tree by Polyxo and still other versions have a different ending. So I’m wondering even though the majority of accounts said that she basically lived happily ever with Menelaus, why are there different ending versions? Is the most common ending version the canonical version? Does anyone know which version is her real fate?

And what I have to say about Menelaus is that he was weak and feeble minded to think she was too beautiful to kill after the sack of Troy especially after she exposed her chest to him after he hand’t sen her for 10 years and basically dropped his weapon. Augh! What a wuss! Bet he was very superficial and shallow like all the other guys who vied for her hand in marriage and were all basically only really attracted to her for her physical appearance. She definitely wasn’t worth it.

And finally nobody knew or knows definitely what she looked like.