So Government Sponsored Art is Necessary?


Here it is early August. Our postman is less burdened because junk mail mailers, knowing from experience that response rates are low during high summer, send out less junk mail. Blog-wise, this is a Friday post and experience has shown me that readership drops off for the weekend right about now and doesn't pick up until well into Sunday.

Doldrums time, in other words.

So I'll take advantage of the situation to write about something hardly anyone will be around to read: government-funded art.

Yesterday morning's Seattle Times editorial page offered this op-ed column titled "Disappearing federal funding for the arts threatens American soul" by a fellow named David Hahn who is identified as "a composer who lives in Seattle."

Hahn begins his piece with a few odd sketches of presumably imaginary just-folks artsy people who are already marginalized in American society. Following that is a riff about how the Roman Catholic Church (not a government, though some states were headed by clergy) funded all kinds of wonderful art-related things in centuries past. Then he comes to the crux of his meandering piece which I quote below to preserve in case the link disappears.

Art is not to be reserved for rich patrons. Somewhere there is a gardener who loves avant-garde jazz, a bus driver who loves opera, a cop who digs ballet and even takes dancing lessons, and a hotel service worker who spends her free evenings at the theater. Art answers questions about our condition, perhaps not directly, but in the way we individually relate and react to it.

Croatia, a country that has a per capita GDP that is half that of South Carolina, is willing and able to support scores of independent artists including actors, musicians, painters and filmmakers. These people are provided a salary on which they can live and in return, they are asked to pursue their arts — adorning the state and providing art for the people.

The United States has different priorities. More often than not, publicly funded art is the object of congressmen's ire and attempts to dissolve the already poorly funded National Endowment for the Arts. The NEA, with a $150 million budget, can use funds for only a very few arts groups, but at least the department is a symbol saying: "America cares for the arts." Given today's radical state of the budget debate in Congress, the NEA will likely soon be dissolved.

With the recent promises of budget cuts, the arts will again be undermined. The power and vital importance of the arts not only for our economy but for our individual and collective soul is being crushed.

While it's nice to be given the impression that artists are owed a living from taxpayers, perhaps a pause is in order to look what we are getting for our generosity. The public art pictured below for the most part probably wasn't funded by the federal government -- not directly, anyway. But it is the sort of public art we seem to get regardless of what level of government funds it. 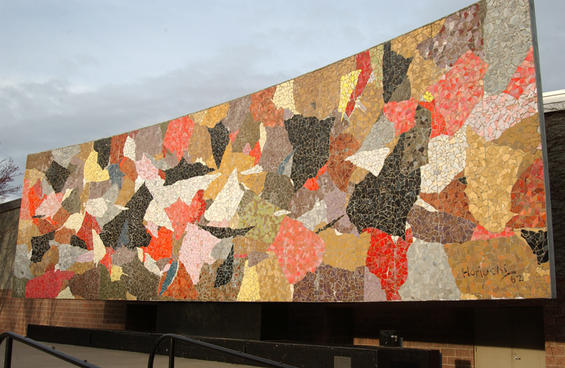 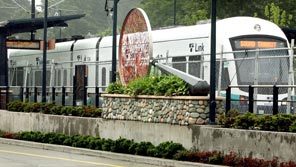 At a new light rail station 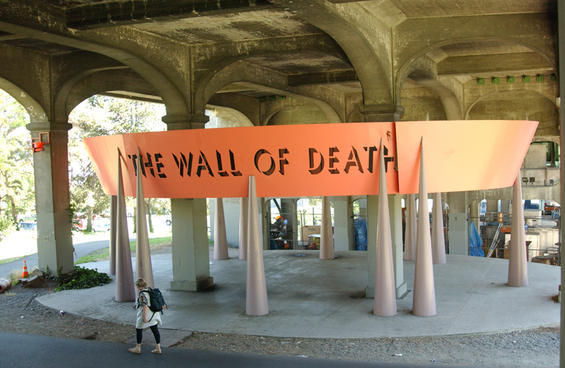 Under approach to University Bridge 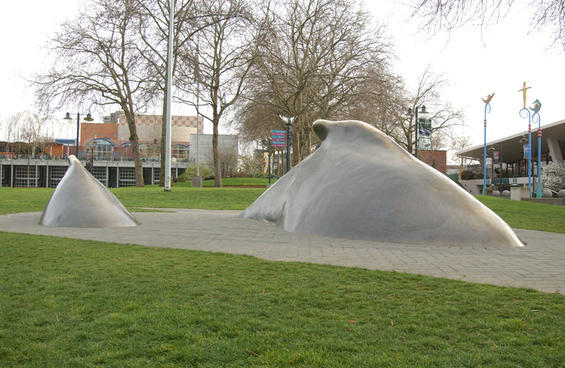 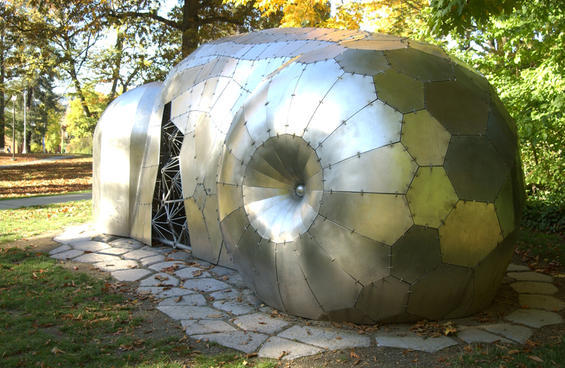 On University of Washington campus

Even I, contrarian that I claim to be, do not think all public art is bad; that Augustus Saint-Gaudens fellow cranked out some nice things from time to time.

But most of the public art I see nowadays strikes me as a waste of money. Contra Hahn, if the art shown above had never been created, I doubt that any poor, artsy soul would have been crushed by such non-events. And as for my poor, delicate, artsy soul? It gets crushed daily by the sort of expensive, pointless, publicly funded art that continues to pile up around town.

Posted by Donald Pittenger at 2:53 AM

I've mentioned it before, but this favourite spot of my childhood didn't cost the taxpayer a bean.


Moorland,views, Rodin, Moore, Epstein. What more could a healthy laddy seek as a place to run around?

Her taste accords with my memory of childhood (and later visits once I had a motorbike): the King and Queen are the absolute pick.

P.S. Motorcycling is a wonderful way to make such visits.

dearieme -- A nice part about what your links indicate is that the sites seem to be remote, so the viewer who wants to see the sculptures has to make an effort to get there.

Public art of the ilk shown in the post is just there whether one cases to see it or not.

"remote"? It depends on where you start from. But it's probably not a lot more than a two hour drive from Edinburgh, unless you insist on doing the drive when the hills between are snow-covered. Glasgow would be even quicker. If you were driving from northwest England towards, say, Glasgow, it's a short diversion from the M6/M74 - say 30 miles or so. Afterwards you could drop down to the coast and admire the view of the Lake District hills back across the Solway Firth. If you were ever to consider visiting by leaving the M6/M74 you'd want to be sure to make a minor diversion to the village of Ruthwell to see the Ruthwell Cross in the kirk - it's a beautiful Anglo-Saxon jobby - well worth a very major diversion.

Whaat comes across is that this stuff is (a) nicely large, and (b) very abstract. So even if you know nothing about capital-A Art, you can be sure this is Impressive Stuff and worth every penny of what was paid for it.

It's politically safe, in other words, which is evidentally what matters to our modern day rulers. We've come a long way since Charles II delighted his friends with nude paintings of Nell Gwynn.