Illustrators tend to be a solitary lot unless they happen to share studio space with others. Given that, it's easy to jump to the conclusion that they are mild-mannered sorts who avoid flash, dash and action.

Not all are of that stripe. For example, McClelland Barclay was killed when his ship was destroyed in the South Pacific during World War 2. Dick Calkins, the first Buck Rogers comic strip artist, was an Army Air Corps lieutenant. And some artists for 1930s aviation comic strips were pilots.

One pilot-illustrator was Clayton Knight (1891-1969) who was shot down on the German side of the front lines during the Great War. Before the American entry to World War 2 he, along with Canadian ace Billy Bishop, was involved in recruiting American pilots to fly for the RCAF and RAF.

Biographical information regarding Knight is sparse on the Internet -- here is a brief account. For a detailed report on the World War 2 Clayton Knight Committee, link here or, better yet, here.

Today, if Knight is known for anything, it is that he was the father of Hilary Knight, who illustrated Kay Thompson's "Eloise" books.

Here are some examples of Knight's work. 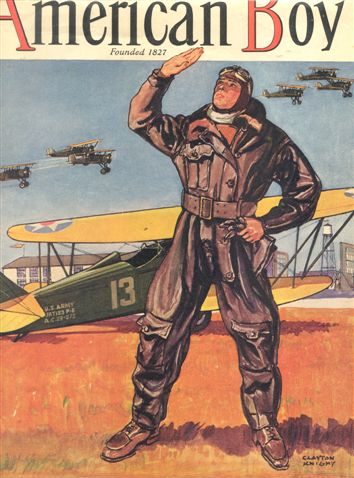 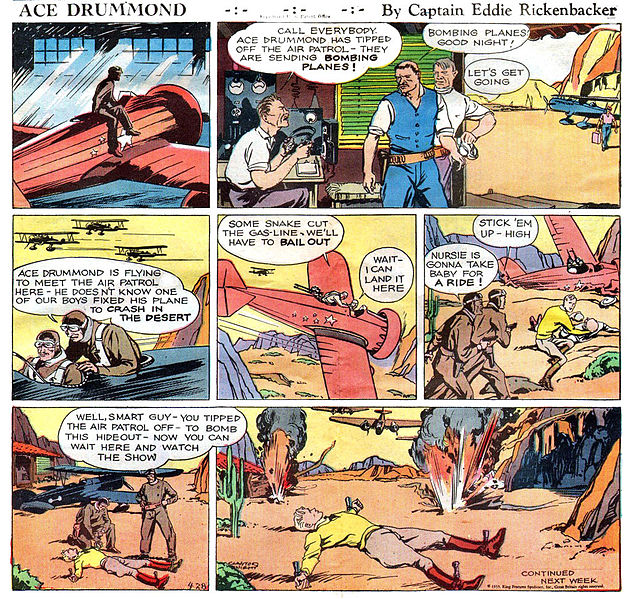 "Ace Drummond" comic strip
Rickenbacker got the credit for the strip, but Knight did the drawing. 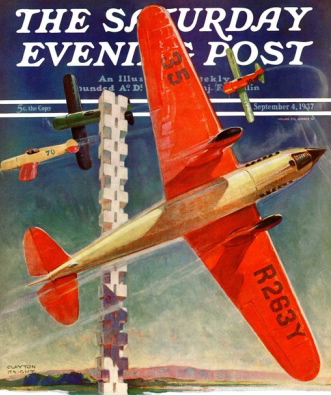 Saturday Evening Post cover - 4 September 1937
Knight sometimes was able to hit the big-time. He might have gained this Post assignment because he was typed as an aviation specialist. 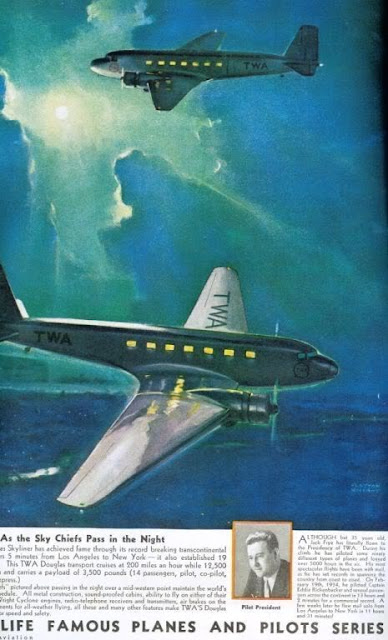 Douglas DC-2 airliners - 1935
These planes are not skillfully depicted. 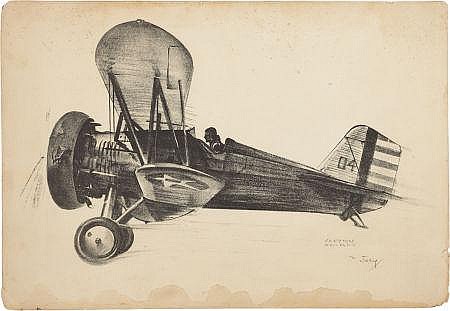 Sketch of Army Air Corps P-12
The Townend Ring around the motor is slightly too large. 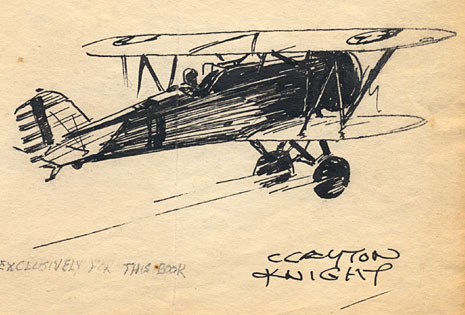 Based on the illustrations above, I have to conclude that Knight's work was at the journeyman level, far from top-notch even where aircraft were concerned.
Posted by Donald Pittenger at 1:00 AM

My father was a pilot and airplane mechanic who worked hard at instilling in me a love of all things aviation. One of my first childhood books was The Big Book of Real Helicopters, written and illustrated by Clayton Knight. I spent many hours pouring over his illustrations. I have a copy of it displayed here in my cubicle at work. I am not an artist and only came to really appreciate art late in life. I am truly frustrated that so little information about Clayton Knight's extensive works exists today. I hope someday that someone will find the resources to catalog his work so everyone can truly understand his contributions to the world of aviation art.

"Champions of Flight" is being published by Casemate in Jan 2020 -- explores the work of Clayton Knight and William Heaslip. Available for pre-order from Amazon.

Apparently, the Society of Illustrators in NYC is planning a (delayed) exhibition of Clayton Knight's work... according to his son, esteemed illustrator Hillary Knight.