George Stavrinos at Society of Illustrators

Fashion illustration, aside from pattern packets and low-end catalogs, has traditionally assumed the form of stylized, often sketchy pictures. So back in the 1970s and 1980s I found it interesting when paging through The New York Times to find fashion illustrations that were tightly drawn. They stood out due to their contrast to the ink wash drawings that populated other advertisements, and were signed "Stavrinos."

That would be George Stavrinos (1948-1990), who died young thanks to his lifestyle choices.

His works and biography can be found in issue number 41 of Illustration magazine. And the Society of Illustrators has an exhibit devoted to him in its New York gallery: it closes 19 October.

I recently visited the Society's digs to view works by Greg Manchess, but took time to take a few photos of the Stavrinos display. 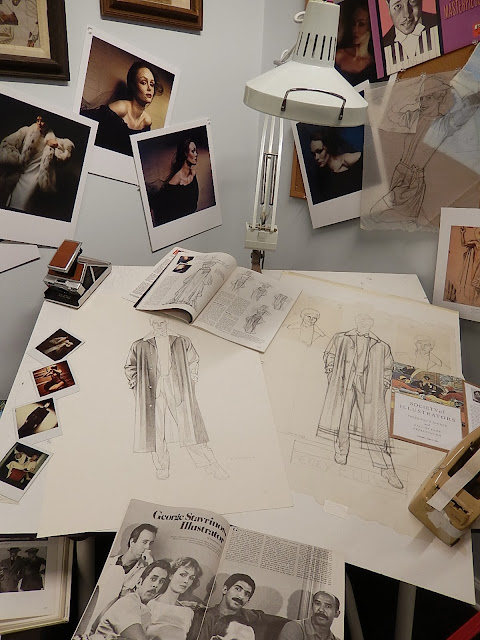 A nice touch was a drawing board/work area re-creation. 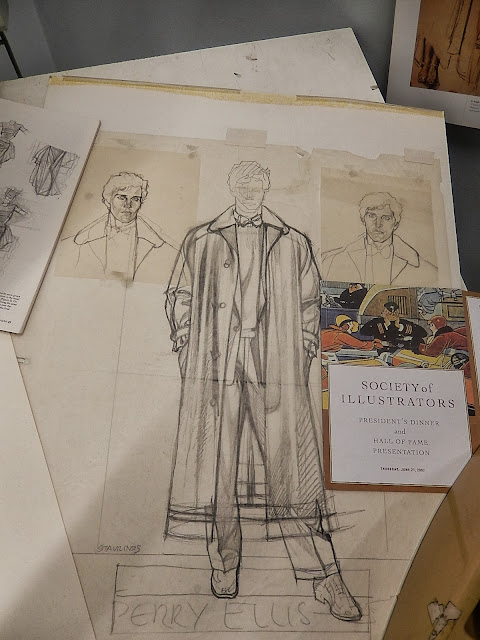 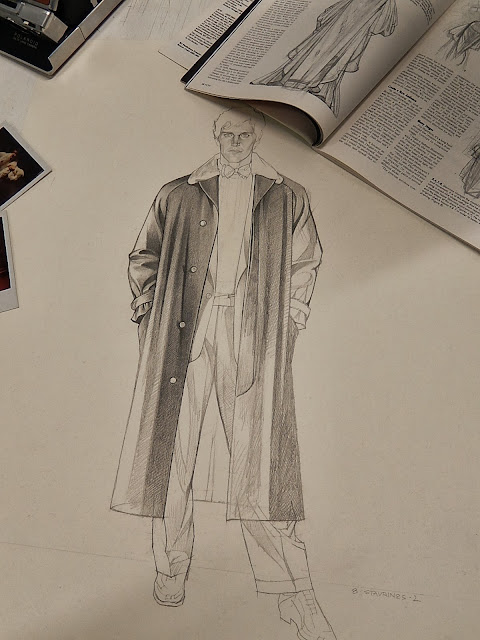 Here are two detail shots of the above. 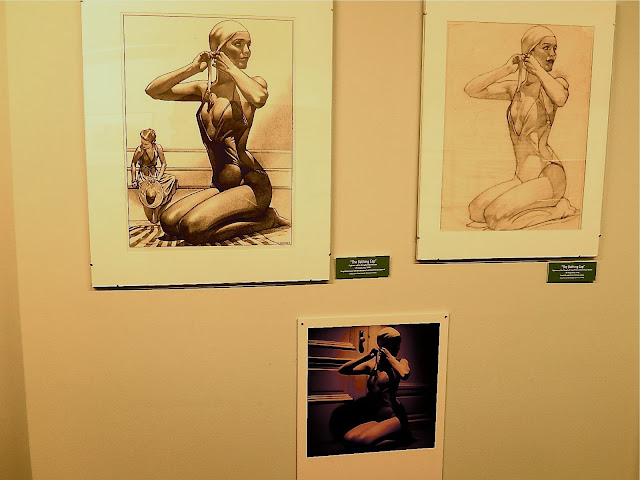 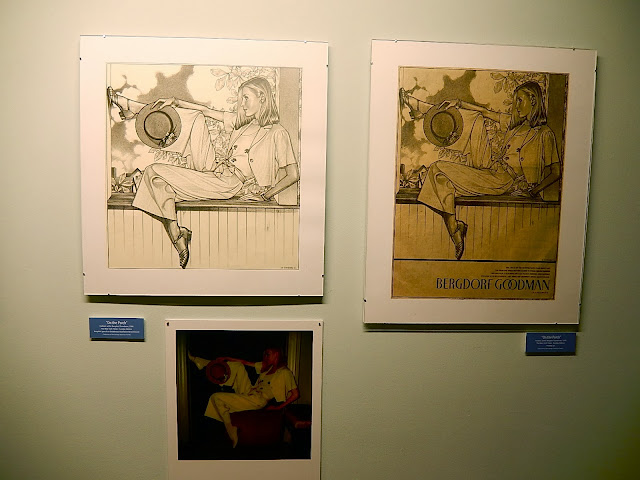 Besides finished drawings, the exhibit had some workup examples showing reference photos, an intermediate study, final art, and a clipping of part of a published ad. Note that Stavrinos hewed closely to his reference photos. That was necessitated by his very tight rendering style that left little room for inventing details in garments folds and so forth.

Polaroid ref photos I love it. I really enjoy the display of the various work stages educational and inspirational. While looking at the last two post I am caught with the feeling that one of these men was a fine artist and the other wasting their time. (between Stavrinos and Helion) Maybe I am too harsh but the way in which illustration artist are relegated to some other such plateau is beyond me.
Thanks for the exhibit picks!