Pierre Auguste Cot (1837-1883) died fairly young.  Worse yet for his reputation according to historians of the Modernist Art Establishment persuasion, he didn't have much of a chance to "evolve" in a direction they would have approved.  So he was an Academic painter of the stripe of his teacher William Bouguereau for his entire career.

Even the Internet lacks information regarding Cot, so you'll just have to make do with this and this.

Despite all that, rising tides do what they do, so I suspect Cot's reputation is improving along with those of other non-modernist artists active in the second half of the nineteenth century. Aiding Cot are two paintings (see below) that have retained their popularity among the Great Unwashed in Flyover Country, if not amongst the cognoscenti of the Transgressive. But then, might becoming a Cot fan become the next new Transgressive? That's how things often work out, you know. 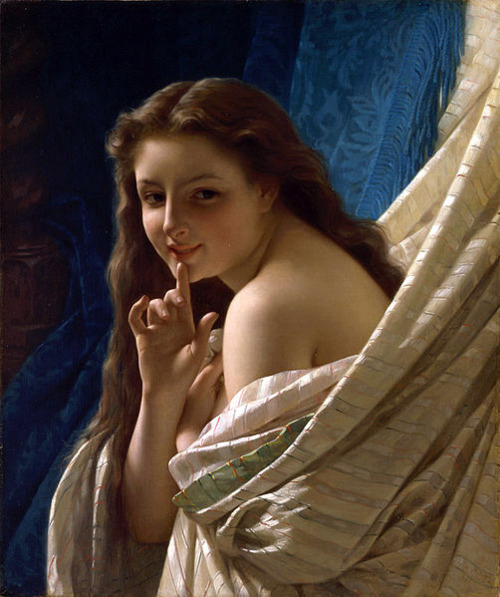 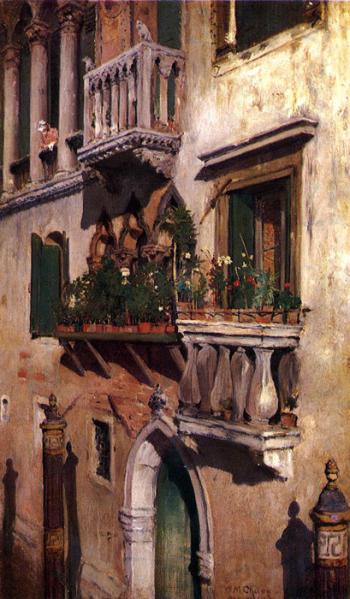 Venice - c.1870
No people shown here aside from the small figure at the upper left, so Cot's painting style was comparatively loose.  It might even be more of a sketch than a finished work. 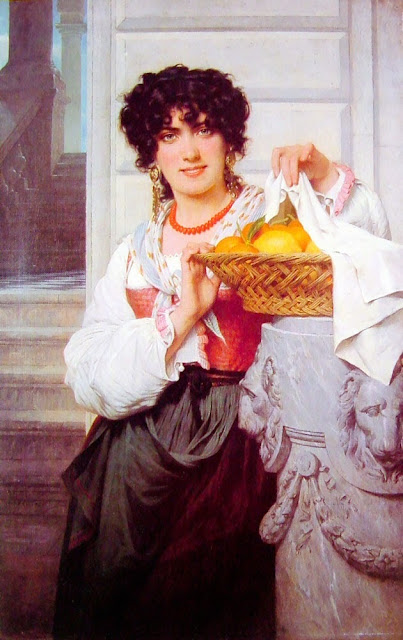 Pisan Girl with Basket of Oranges and Lemons - 1871 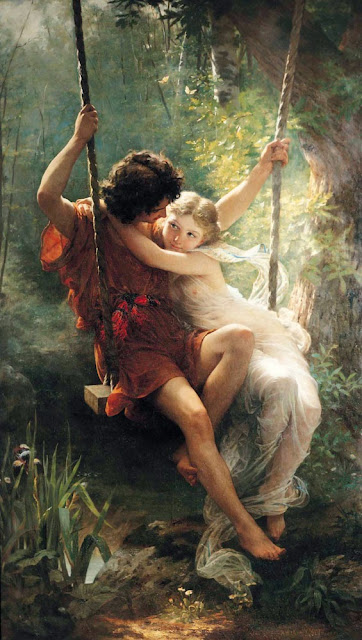 Springtime - 1873
This is one of Cot's paintings that retained popularity. 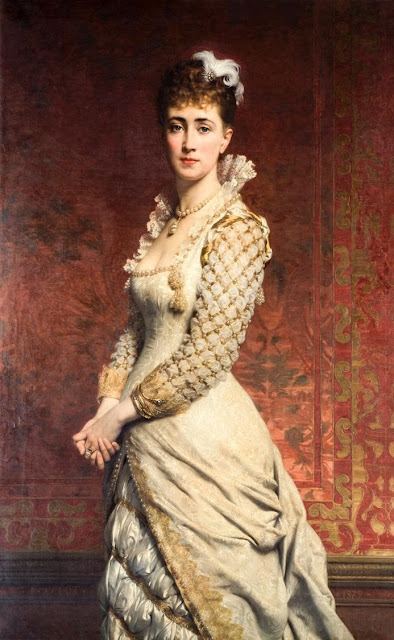 Portrait of a Lady - 1879
A nice portrait suggesting a slight drift from the purely Academic. 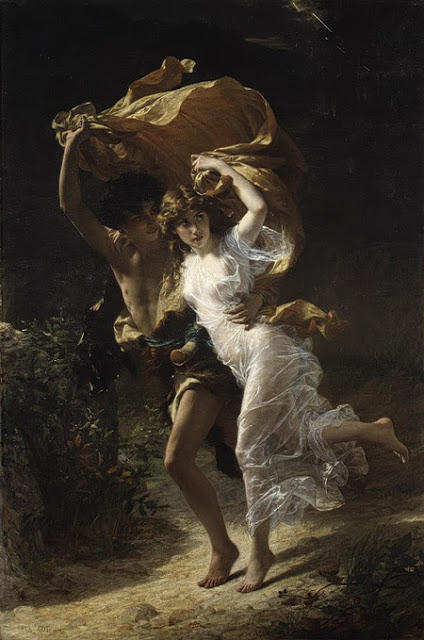 The Storm - 1880
This is probably Cot's most famous painting. It is owned by New York's Metropolitan Museum of Art.

Cot was a highly skilled artist who was to a large degree a creature of his times.  Whereas I can't say that I love his works, I do respect them, cutting him some slack regarding subject matter popular in an era out of synch from when my tastes were formed.
Posted by Donald Pittenger at 1:00 AM