The Vermeer Museum in Delft

Delft in South Holland was the place where famed painter Jan Vermeer (1634-1675) lived and made his comparatively small number of paintings. It is a pleasant small city that's worth a visit if you are in the Netherlands and would like to see more of the country than Amsterdam.

Besides getting a sense of Vermeer's roots, you can visit the Vermeer Centrum Deft which does its best to inform you about the artist. What you won't see there are original paintings due to their rarity and high market value. (I suspect that strongly attributed Vermeers are virtually "priceless" because they are in important museums, and no such museum would part with a Vermeer under any but the more dire of circumstances.)

What you can see are full-size reproductions of his paintings with explanatory captions that include the work's current location. Many are here in the United States; they can be found at the Met and the Frick in New York and in the National Gallery in Washington. Also pictured is a painting owned by casino owner Steve Wynn of Las Vegas, but its attribution is weak, as a glance at the image will suggest.

On the upper level of the museum are items of interest to artists and people interested in the technology of painting. Included is a camera obscura, but the museum does not commit itself to whether or to what extent the device was used by Vermeer. Below are some photos I took of that part of the museum. Click on them to enlarge. 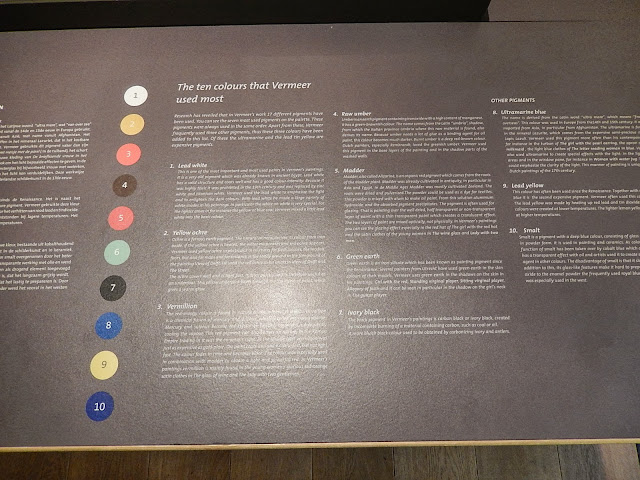 This chart indicates the colors thought to be most often used by Vermeer. 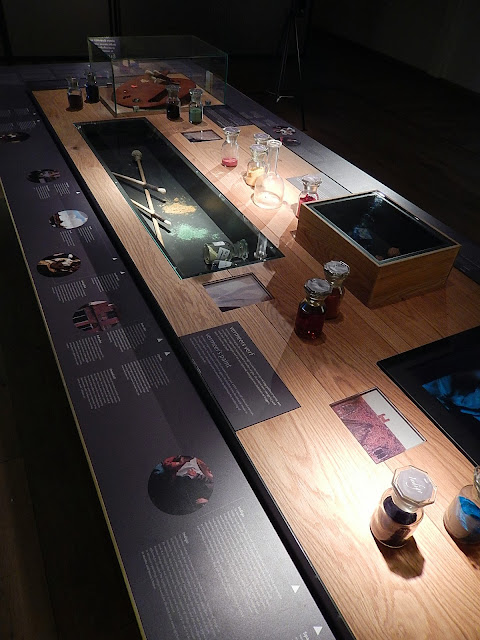 In Vermeer's day, artists had to mix their own paints. This display explains how it was done. 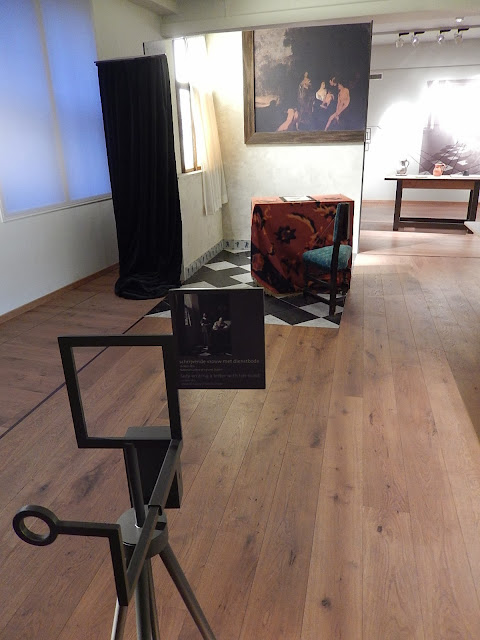 Here a viewer can compare a reproduction of a Vermeer painting to a rough approximation of his studio setup. 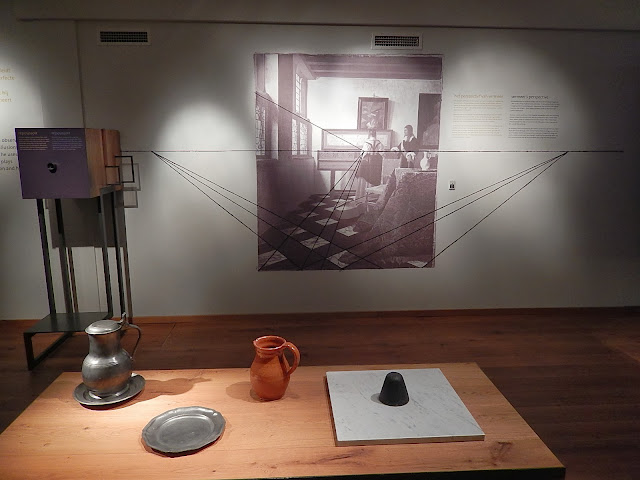 Vermeer was careful in his used of perspective. This exhibit shows how he might have constructed perspective for multiple vanishing points along a horizon line.