Pino Danae, born Giuseppi Dangelico (1939-2010), known professionally as Pino, was a successful book cover illustrator who made an equally successful transition to gallery painting. Some biographical information can be found here.

It should be no surprise that many artists have favorite models, people they use again and again, though this is not obvious unless one can view a collection of the artist's works in a book, museum exhibition or on the Internet as an image search results display. A while ago I wrote a post about the Italian master Tiepolo and the similarity of female faces in his paintings.

Pino tended to use the same model for several of his paintings. And if a different model was used, she often had facial characteristics similar to some of his other models, as can be seen below. 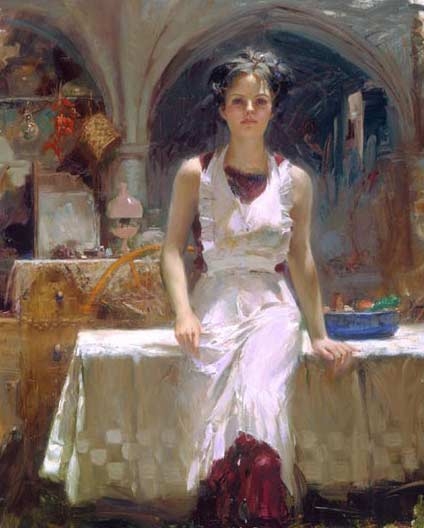 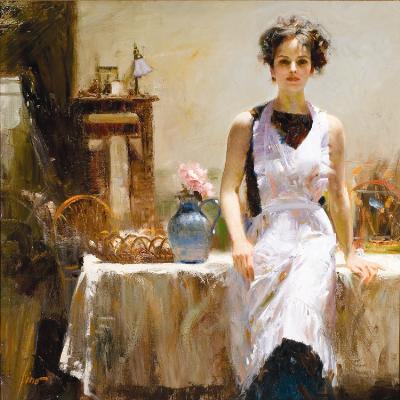 These two paintings clearly use the same model, costume and pose, though Pino altered the setting background and tabletop. 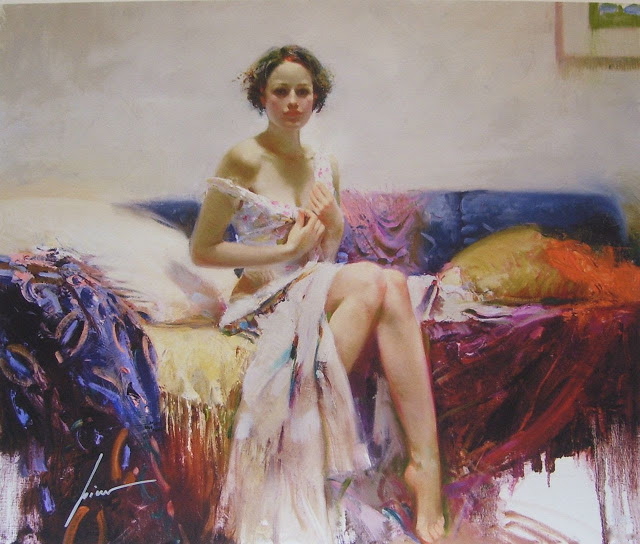 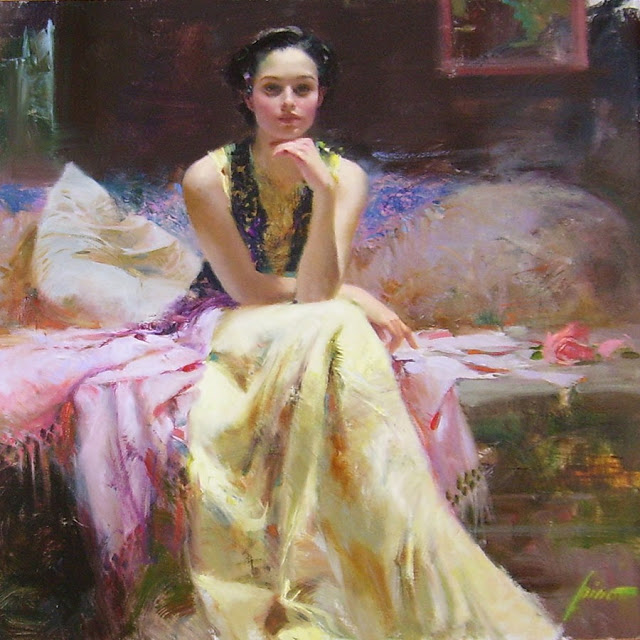 The model(s) in these works might be the same as the one above, though the hair is different and the faces are more round.  Modifying hairdos can be chalked up to artistic license, but Pino seems less likely to have changed facial structure.  Nevertheless, the subjects seem quite similar, possibly because he had a preference for a certain appearance and perhaps because he liked to have foreheads unobstructed by hair, heightening potential similarity. 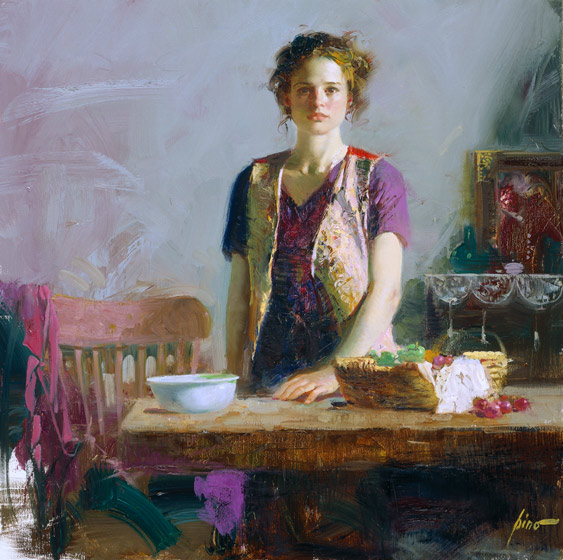 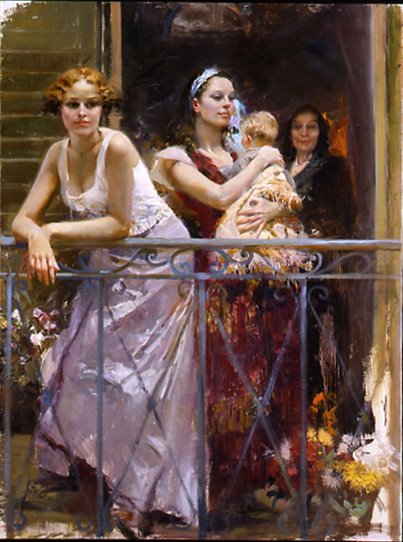 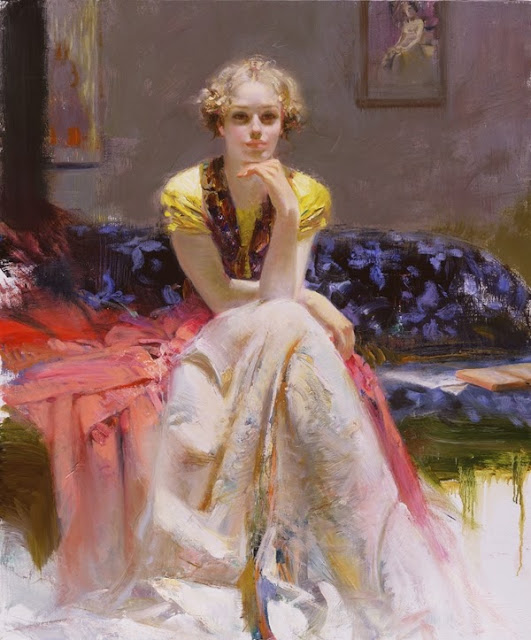 This model seems a bit different from the one(s) above, thanks to the shape of her eyebrows.  Again, I can't rule out the possibility that different (though similar) models were used for this set.