Cliff Sterrett (1883-1964) was one of those "lowly" comic strip artists whose work is worthy of attention from art historians and practitioners.

His Wikipedia entry is here, but is skimpy regarding his personal life after getting into cartooning and sketchy about his signature strip, "Polly and Her Pals," that ran 1912-1958. However, it has its own entry here. An appreciation of his work that contains a number of Sunday panels is here.

The various links above assert that Sterrett's work was influential among members of the comic strip artist fraternity. This had to do with the bold design of his panels and the Expressionist-Deco character of setting and background details. For example, he often included somewhat sinister clumps of skewed, gabled houses that remind one of the sets used in the 1920 German expressionist movie The Cabinet of Dr. Caligari.

Polly was one of the first of the young women comic strips that thrived in the 1920s and later, but it seems that her father eventually became the lead character even thought the strip's title remained unchanged. Below are examples of Sterrett's work. Click to enlarge. 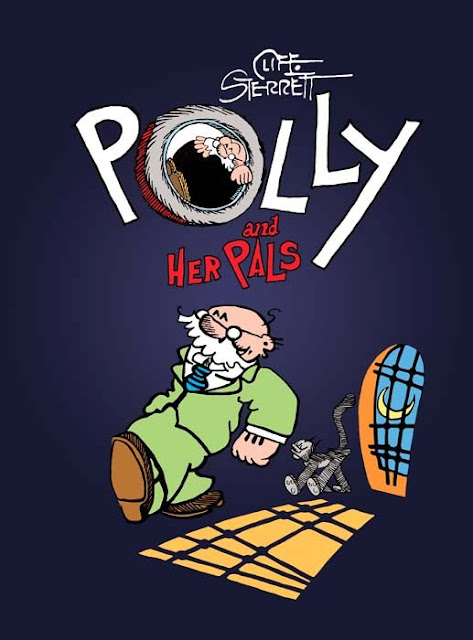 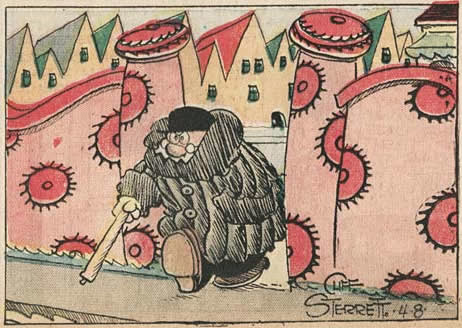 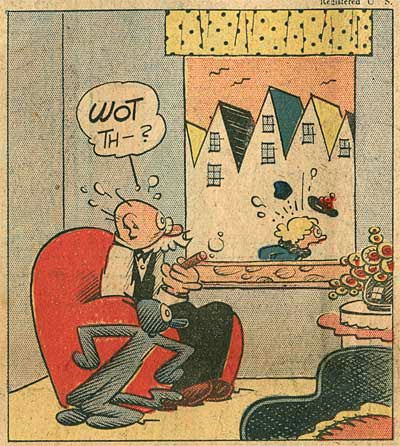 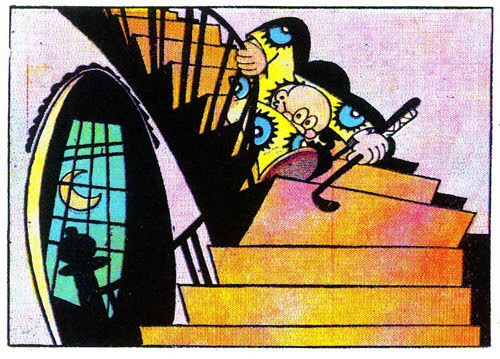 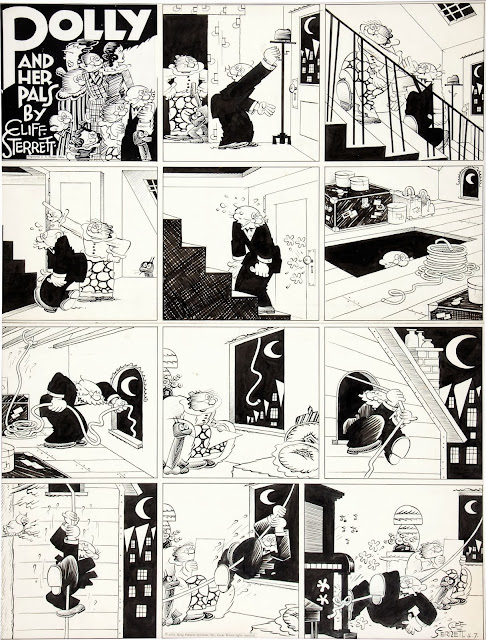