Pascal-Adolphe-Jean Dagnan-Bouveret (1852-1929) trained under Gérôme, painted religious subjects for part of his career, and otherwise painted realist (in terms of subject matter) scenes using Academic techniques. Plus, he was an early user of photographic reference material. No wonder he was a non-person (non-artist?) back when I took a year-long art history class in college.

Wikipedia has a short entry on Dagnan here, but you will find much more about him here and here.

Dagnan is one of those artists whose work can be difficult to find in person. The images below that I found here and there on the Internet suggest that he had a good deal of talent and skill. Better yet, he used his abilities to make some paintings that retain their appeal more than a century after they were painted. That said, these judgments are provisional until I finally encounter some of his works in person. 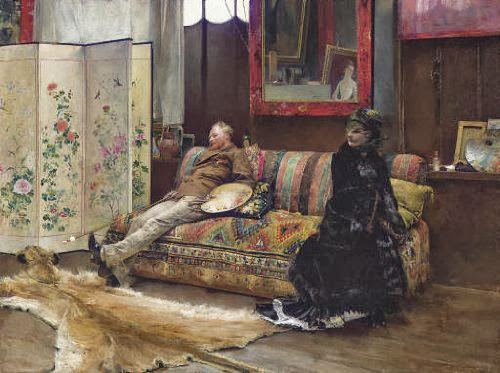 Bouderie (Gustave Courtois in His Studio) - 1880
The year before, Dagnan married Courtois' cousin Anne-Marie. I do not know if she is the woman in the painting or if someone else is depicted. 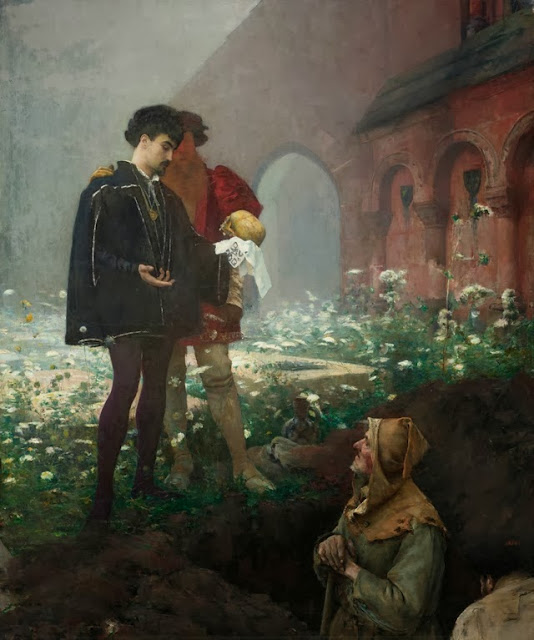 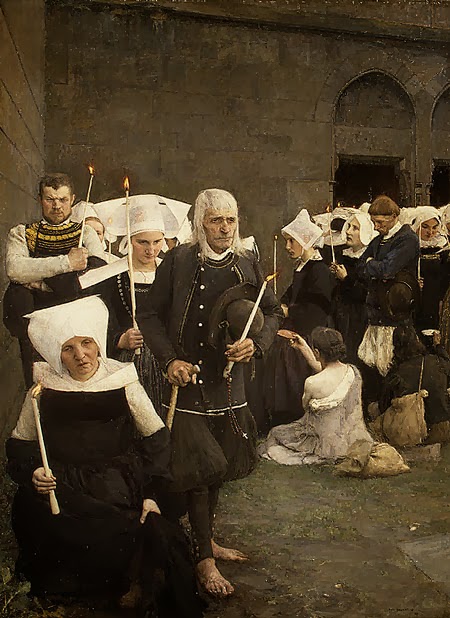 The Pardon in Brittany (pilgimage) - 1886
This painting is in the collection of the Metropolitan Museum of Art in New York, but not currently on view, according to their Web site. 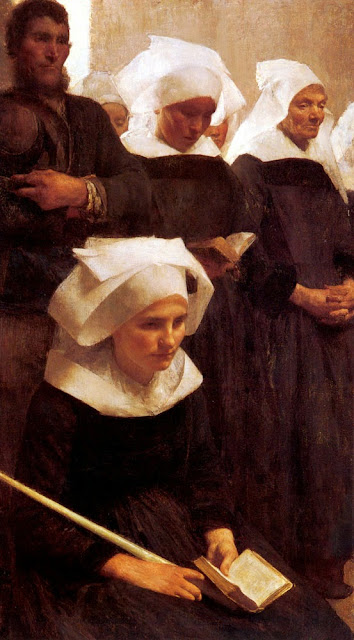 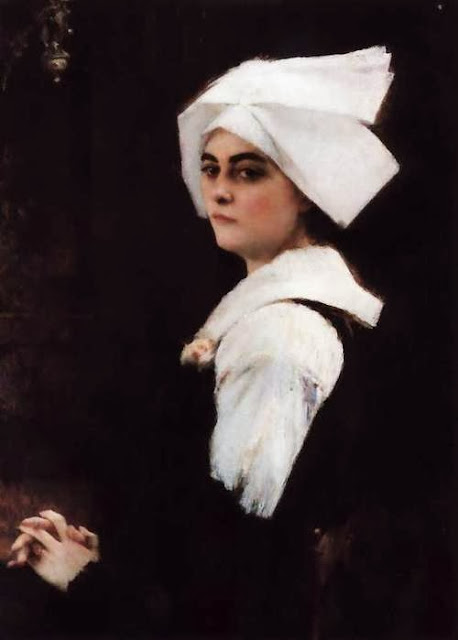 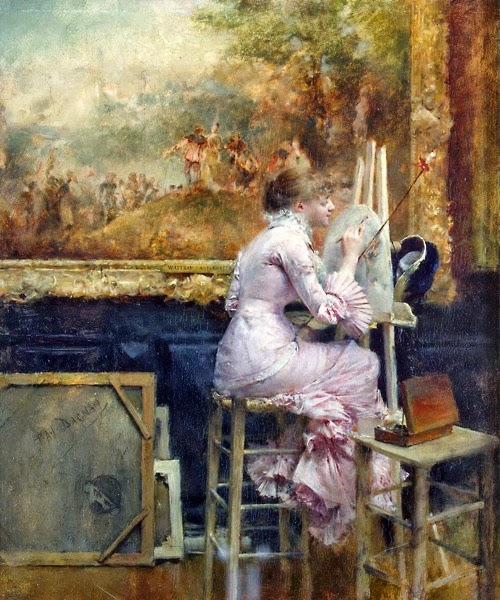 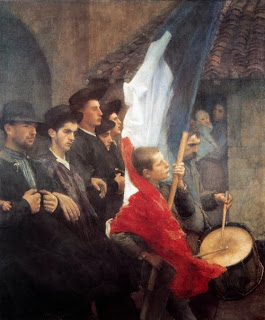 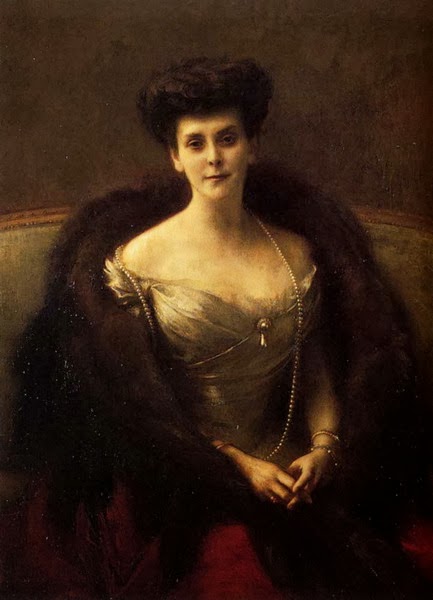 Princess O.V. Paley
Dagnan devoted much of his later career to portraiture. 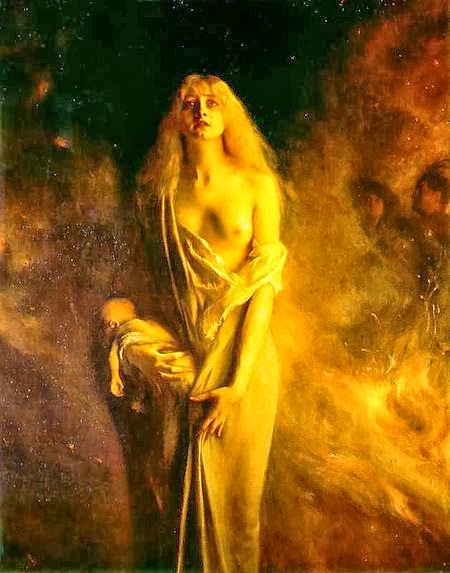 Marguerite au Sabbat - c.1912
This, and several of the paintings shown above are in private collections.