Richard Eurich: Artist Without a Style

It seems like I've been writing a number of posts recently that deal with painters who never managed to attain a fairly consistent and clearly identifiable style. And so it goes with the present post, which is about Richard Eurich (1903-1992), an English artist who seems doomed to semi-obscurity for that reason.

His Wikipedia entry is here, and other biographical links are here and here.

Eurich was skilled enough to be able to paint well in almost any style. His earliest paintings are in the distorted, simplified representational mode of the interwar period. By the mid-1930s he was making some correctly proportioned representational works. He continued in this vein during World War 2, when he was a war artist specializing in naval subjects, and for several years beyond. In his later years, Eurich mostly painted rather flat scenes that included sketchy, distorted people. These might have been influenced by postwar abstract art, though he does not seem to have made any or many pure abstractions. 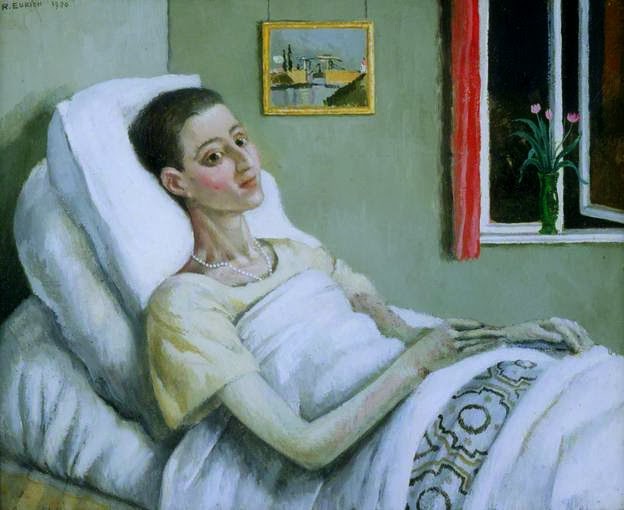 Mrs. Green - 1930
Very much of its time stylistically. 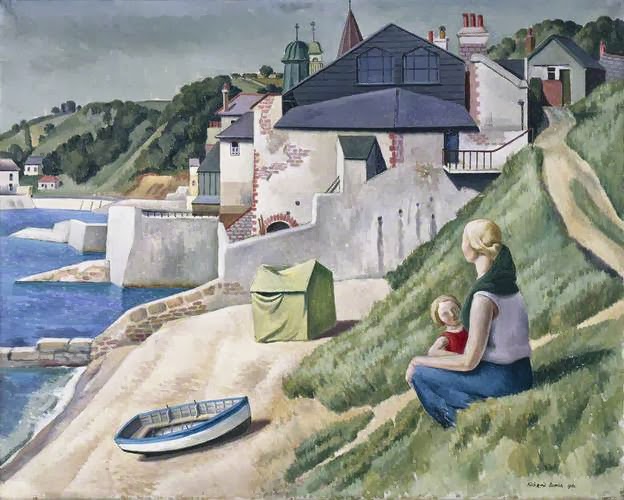 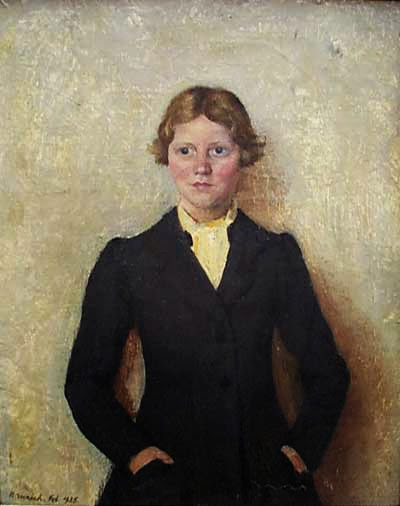 Portrait of Mavis - 1935
Mavis Pope was Eurich's wife and also an artist. This is a representational portrait featuring a traditially painted face combined with a Manet kind of minimalist setting.

December, Work Suspended - 1940
An early wartime scene where workers were diverted from civilian to war tasks. 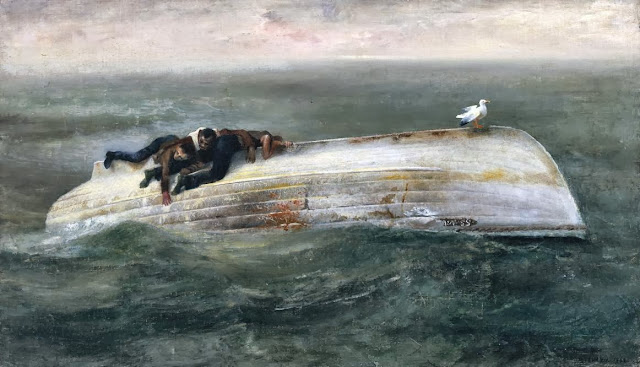 Survivors from a Torpedoed Ship - 1943
The toll of civilian-manned cargo ships from attack by submarines was high around the time this was painted. 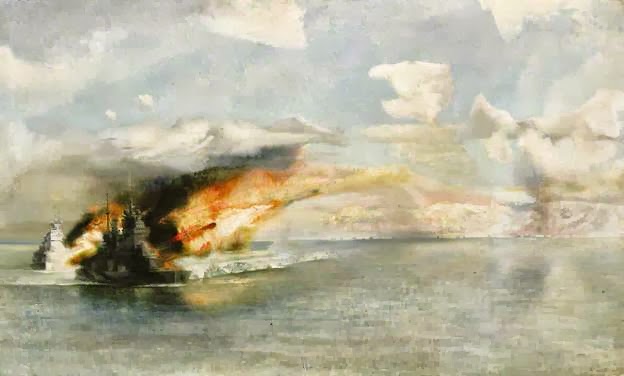 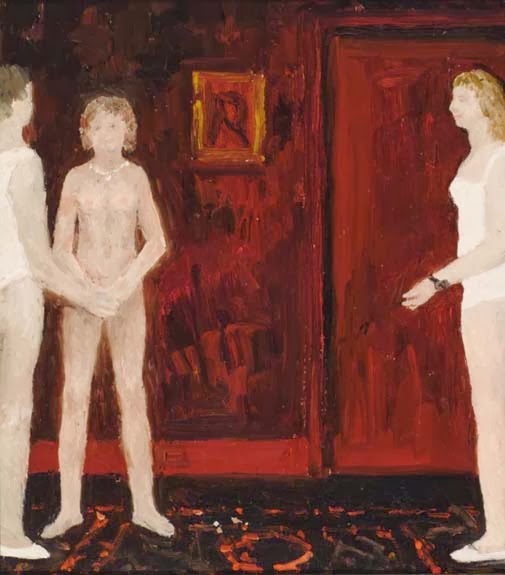 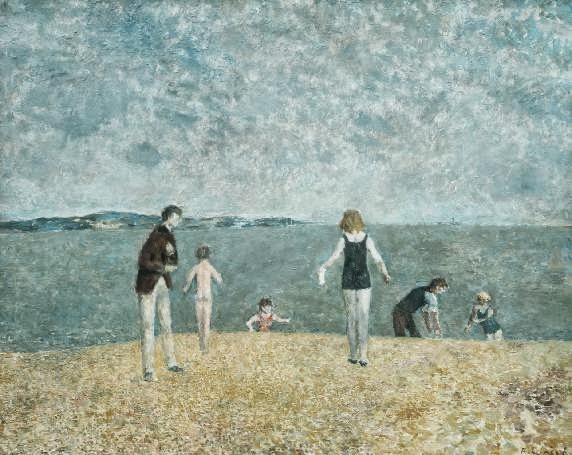 "Fun" is what this set lacks. "Drear" more like.