Louis Anquetin (1861-1932) seems to have had access to money for much or all of his life, and turned away from modernism and perhaps a potentially greater degree of notoriety in the Art Establishment historical timeline wherein modernism trumps all else. In any case, his career as an exhibiting painter was largely over by 1900.

As this Wikipedia entry and this biographical sketch (with some odd spellings of some names) indicate, Anquetin was in the thick of Post-Impressionism, knowing van Gogh and Lautrec well and helping launch Cloisonnisme, a style featuring dark outlines surrounding areas of flat or nearly flat colors.

As the second link mentions, Anquetin never developed a consistent personal style, something I've been noting with regard to some other painters. But some of his paintings and pastels are very good, which accounts for a renewal of interest in his work -- one of his paintings was even on display at the Musée d'Orsay when I was last there. Let's see what he was up to. 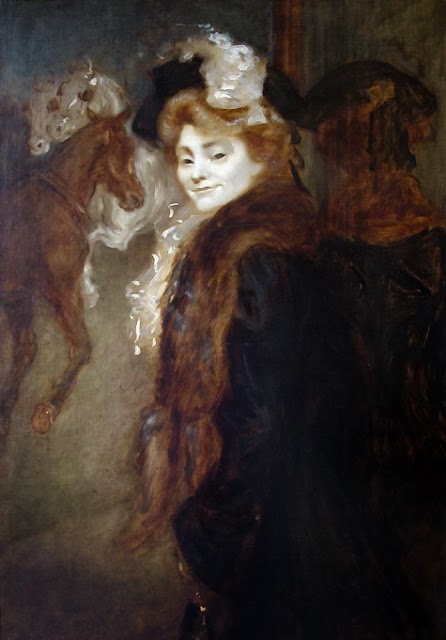 Femme dans la rue
This was on display at the d'Orsay. A ghostly image not typical of Anquetin. 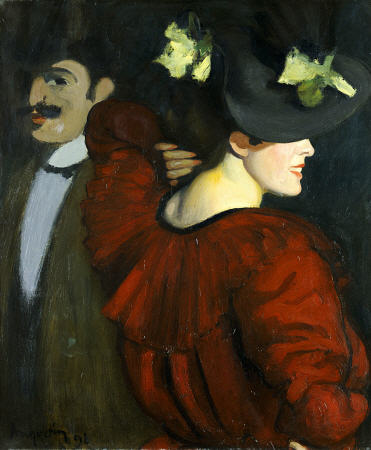 Dans la rue - 1891
Another street scene. He seems to have painted a lot of these: more follow below. 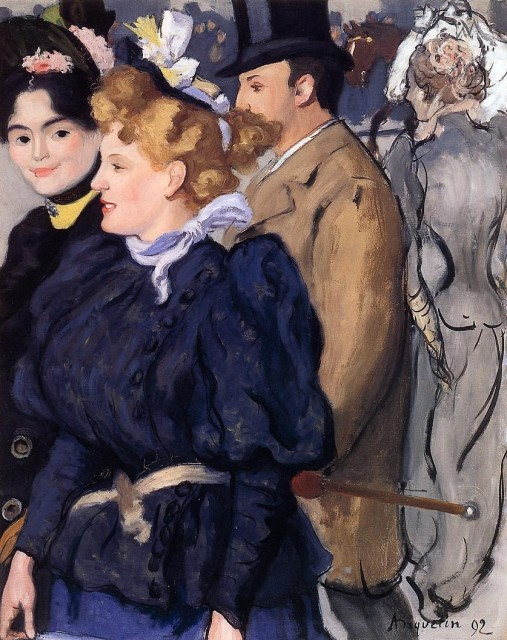 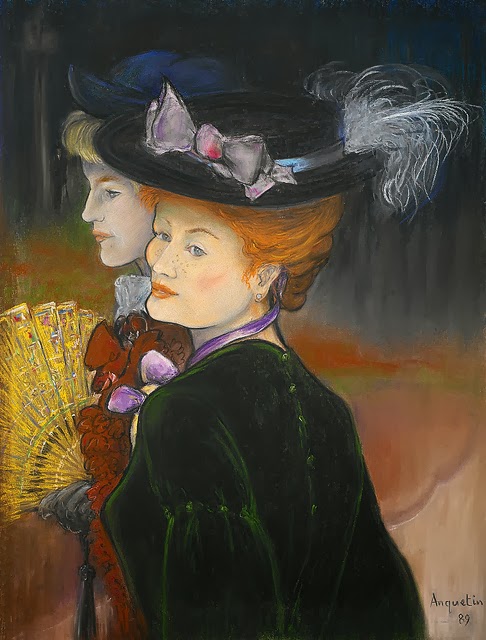 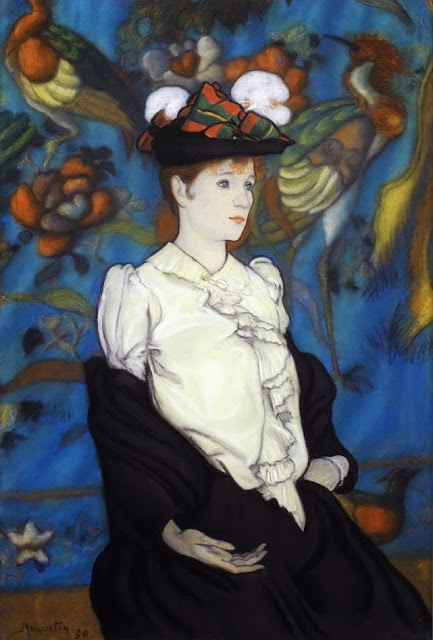 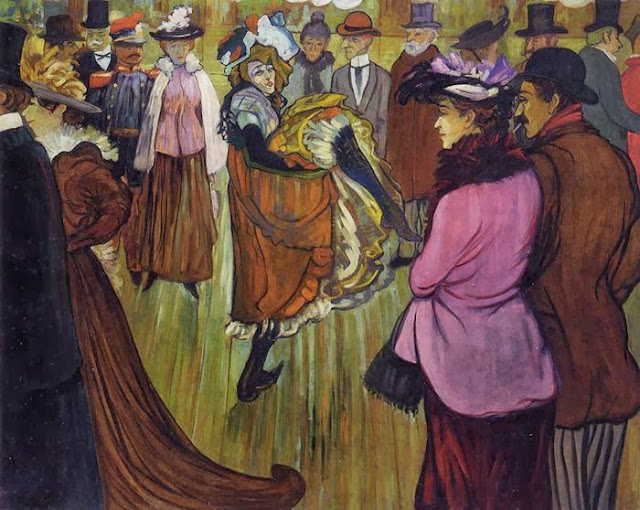 Au Moulin Rouge - 1893
As mentioned, Anquetin and Toulouse-Lautrec were good friends and haunted the same sites. This is Anquetin's take on dancing at the Moulin Rouge -- similar to Lautrec's, but less sketchy. 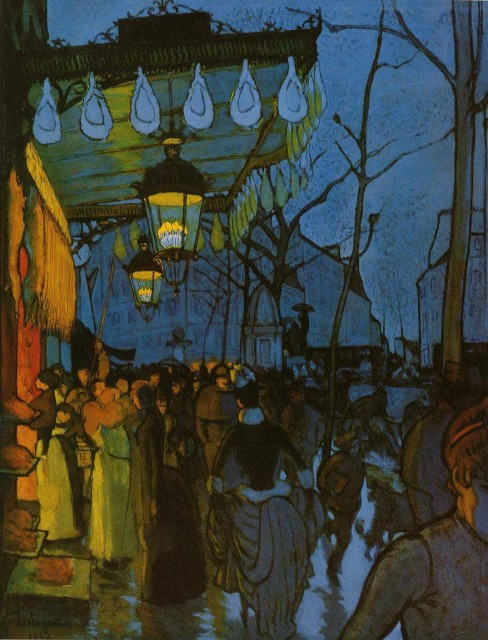 Avenue de Clichy a cinq heurs du soir - 1887
I haven't seen this in person. But based on reproductions, it's my favorite Anquetin work. 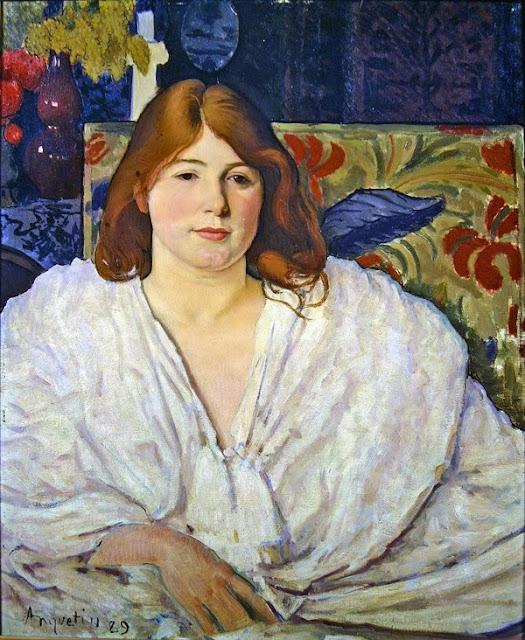 Lili Garnier - 1929
The only example I could find on the web of a late painting.