Léon Bakst (1866-1924) is best known for his stage and costume design work. But he also managed to do some Fine Art painting, the subject of this post.

Biographical information on Bakst can be found here and here. An image search on the Internet will turn up mostly the theater related images he created, so take a look if you're not familiar with this.

As can be seen below, Bakst was both talented and versatile. His style tended to have a whiff of Modernism in that some (but not much) simplification and sketchiness are introduced.  But some of his paintings are traditional in both spirit and technique: note the Countess Keller portrait below. The most Modernist work is the Lido scene that was auctioned for around half a million pounds. The auction site considered it either a study or an unfinished painting, so it is possible that Bakst planned to add more detail at some point.

The painting that intrigues me the most is the portrait of Rachel Strong, at the bottom. The composition is unconventional in that she is placed left of center and, furthermore, is gazing off the the left side of the painting. This is balanced by the tree trunks bending to the right which make the composition more or less work. 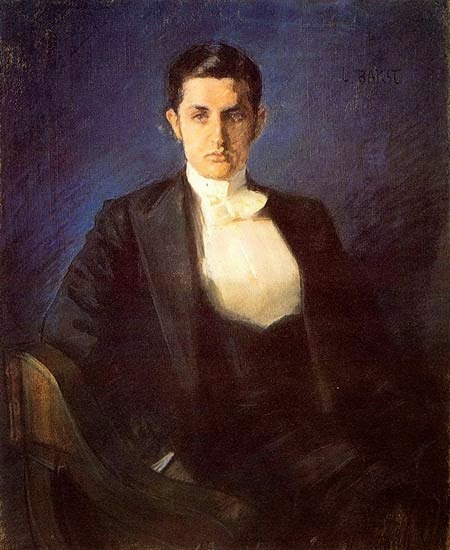 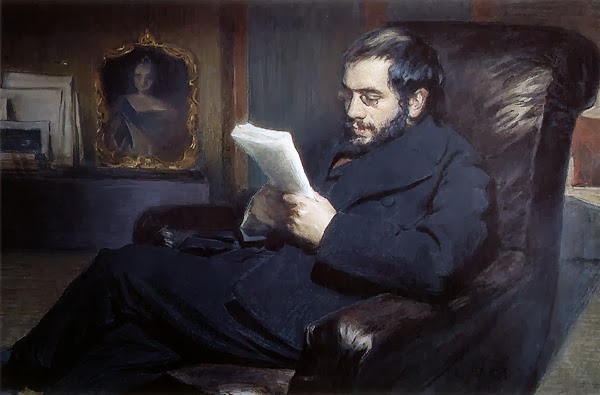 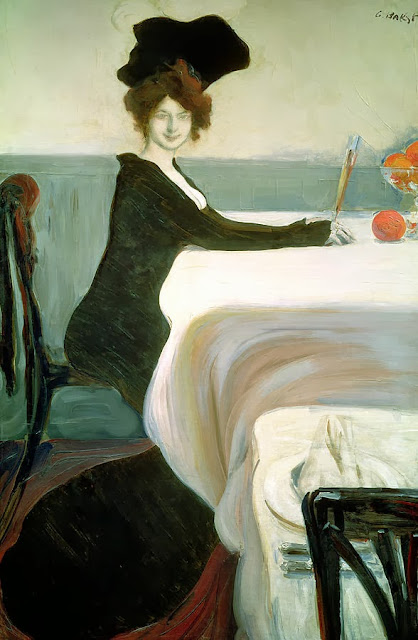 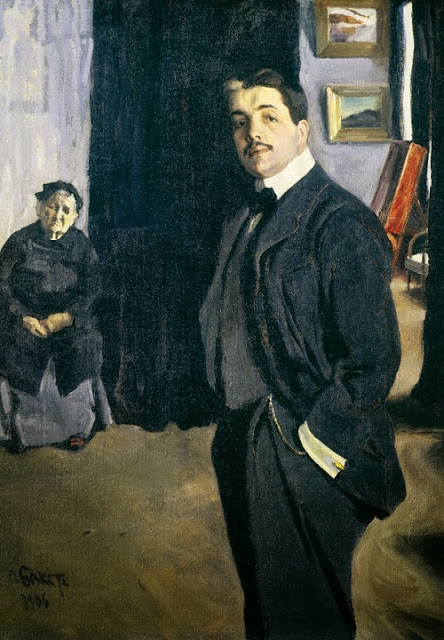 Sergei Diaghilev and his Nanny - 1905 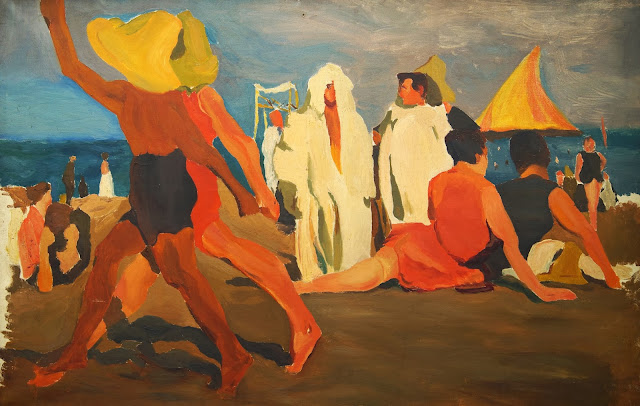 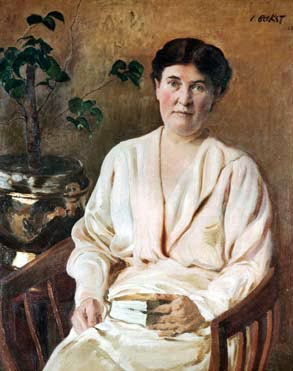 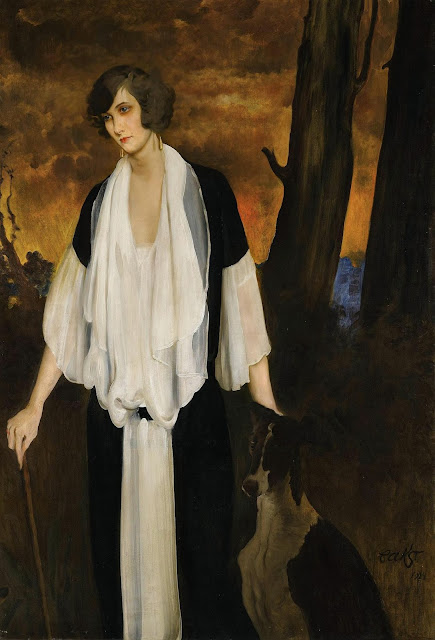 Nice Collection You Can Find Out More Collection Here
http://leonbakstpaintings.blogspot.in/