Aeropittura: Futurism Takes to the Skies

Filippo Tommaso Marinetti's Futurism was the prime home-grown modernist movement in Italy, and its focus on dynamism was in synch with the dynamism that Mussolini attempted to impart to Italian society after he assumed power. Futurism was pushed along over time via manifestos and other means of rejuvenation. Around the end of the 1920s, one form of this emerged in something called Aeropittura -- aviation pictures.

Perhaps the best of the Aeropittura painters was Tullio Crali, who I wrote about here. There were others, and I think it might be interesting to look at some of their works along with a couple of Cralis. 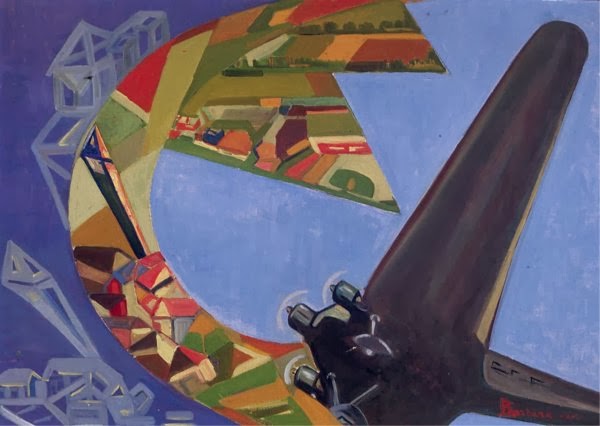 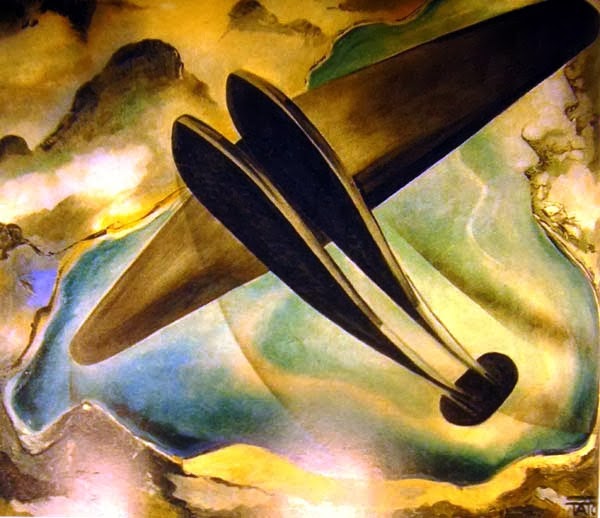