Peter Ellenshaw (1913-2007) is considered a major master of the specialized art of matte painting. A left-handed artist, he was born in England and worked in the matte trade there until he was 40, when he moved to the United States and spent much of his later career at Disney.

Ellenshaw's brief Wikipedia entry is here. The Ellenshaw family website is here (Peter wasn't the only Ellenshaw matte artist). A good source for information about matte art is "NZ Pete," whose site is here; I grabbed several of the images below from Pete.

Loch Brin, County Kerry
I don't know if this painting was done for Ellenshaw's personal enjoyment or whether it was related to a movie project. In either case, it shows him as a landscape artist. 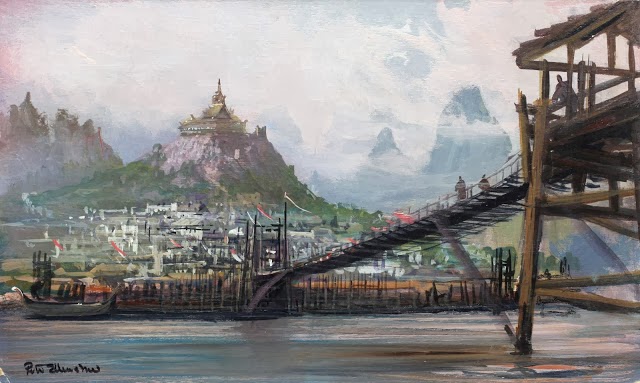 "Island at the Top of the World" - concept art - 1974
Besides mattes, Ellenshaw was sometimes involved with concept art for film projects. 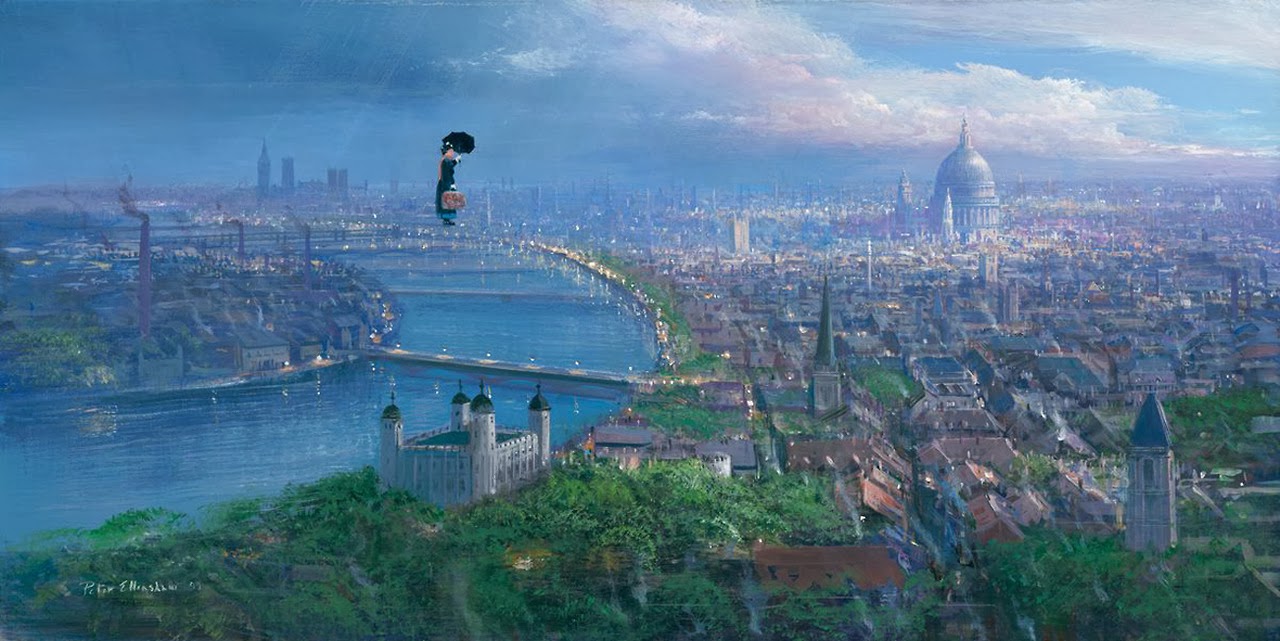 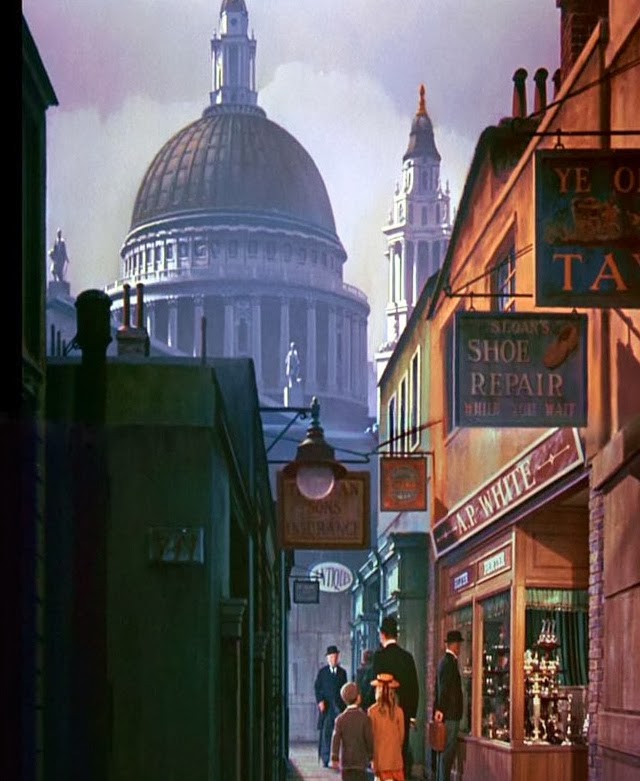 "Spartacus" - composite of Roman Forum - 1960
Live action was located where the crowds are seen; the rest was largely or entirely painted. 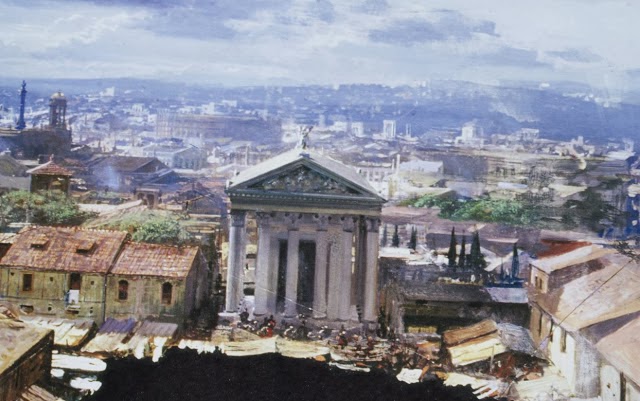 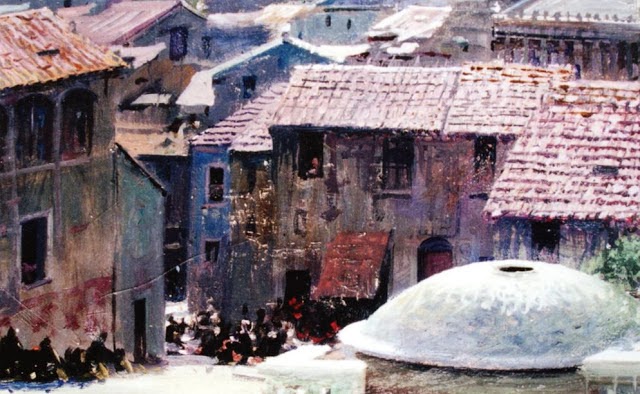 "Spartacus" - details of Forum matte - 1960
The black area at the bottom of the upper detail image is part of the area reserved for live action. Note how freely Ellenshaw painted some of the indidental buildings. 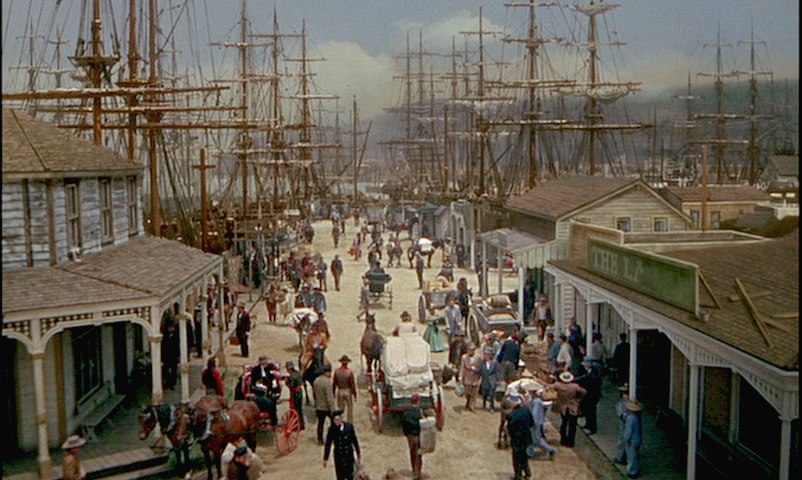 "The Adventures of Bullwhip Griffin" - 1967
Disney called upon Ellenshaw to paint clusters of sailing ship masts on more than one occasion.