In a way, it's surprising that there were plenty of portrait artists plying their trade in the early decades of the twentieth century. After all, photography was well established by then, so the basic need for likenesses of people was adequately and economically served by that medium. But wealthy people were willing to commission portraits anyway. Several reasons for this can be proposed, including the comparative durability of oil and canvas, family or social tradition, matters of social prestige, and more.

The very best portrait artists gravitated to places where wealth and tradition were firmly in place -- Paris, London, New York City and Boston are prime examples. Joseph DeCamp (1858-1923) came from Cincinnati, studied under Frank Duveneck in Munich, but made his career in Boston. A short Wikipedia entry about him is here, and a more detailed biographical note can be found here. Apparently DeCamp painted many landscapes early in his career, but most of these were destroyed in a studio fire.

Besides painting commissioned portraits and teaching -- his main sources of professional income -- DeCamp created many paintings for his own purposes, many having beautiful women as the subject. They were often very good, as can be seen below. 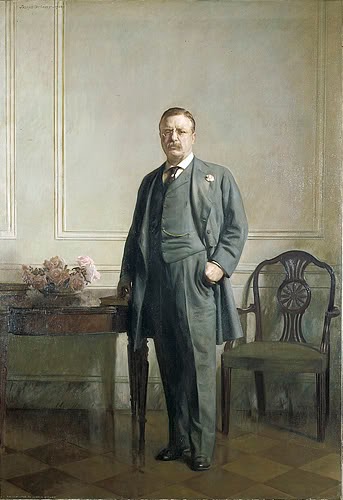 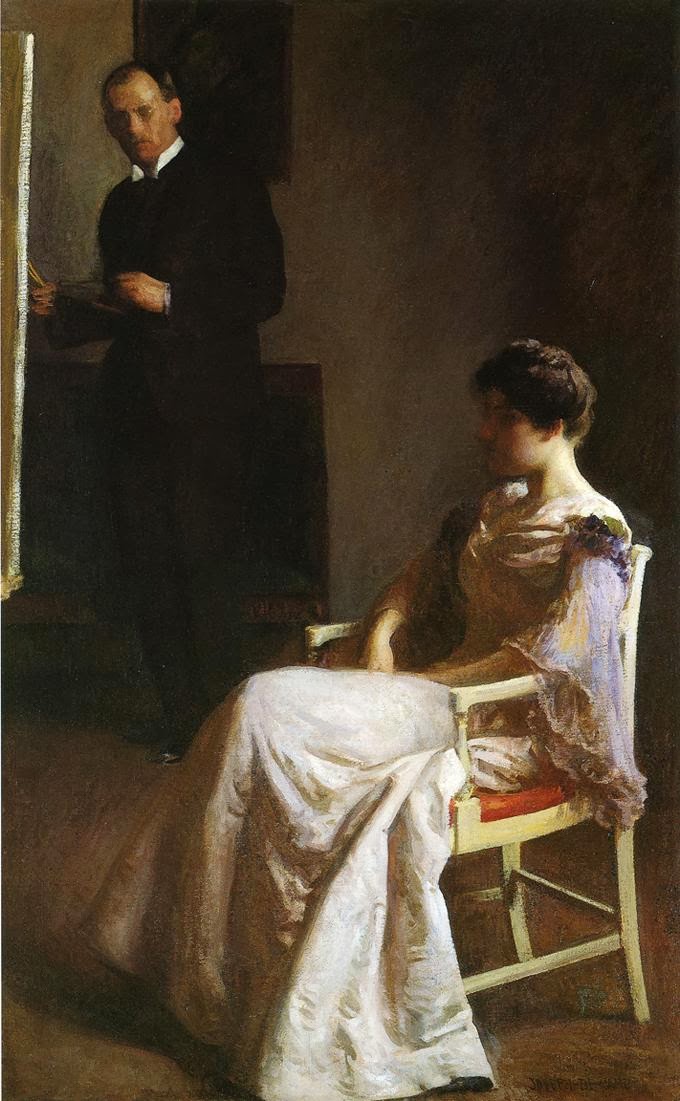 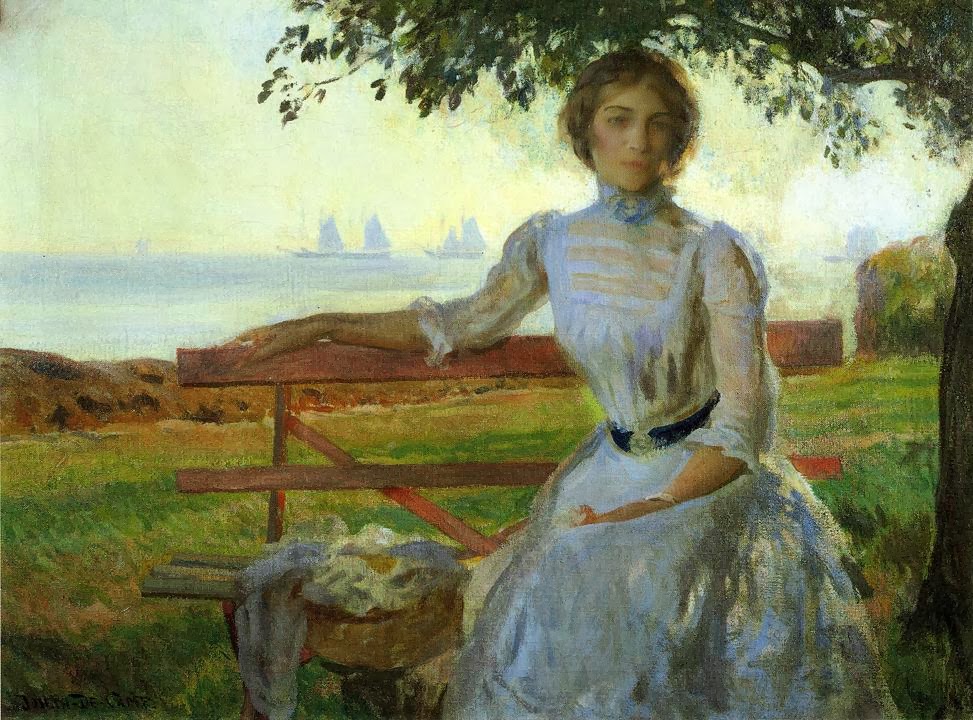 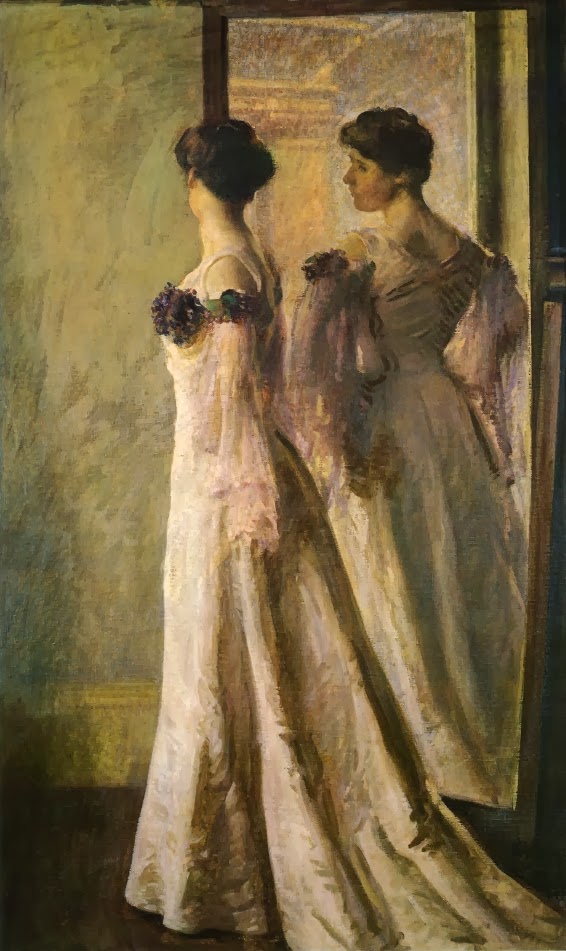 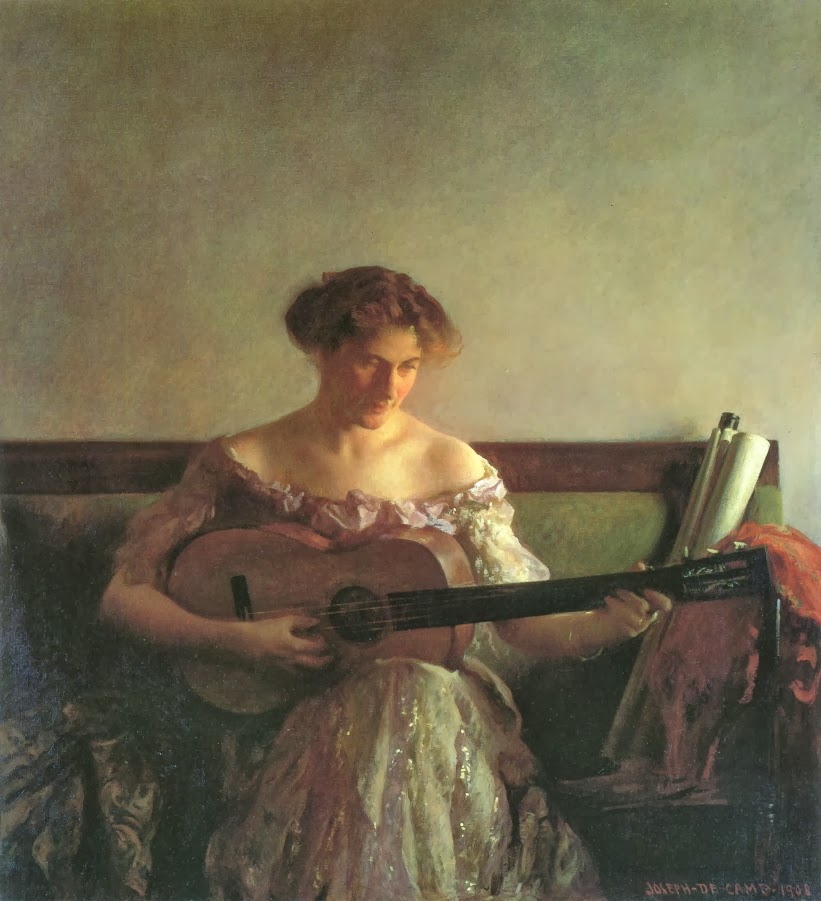 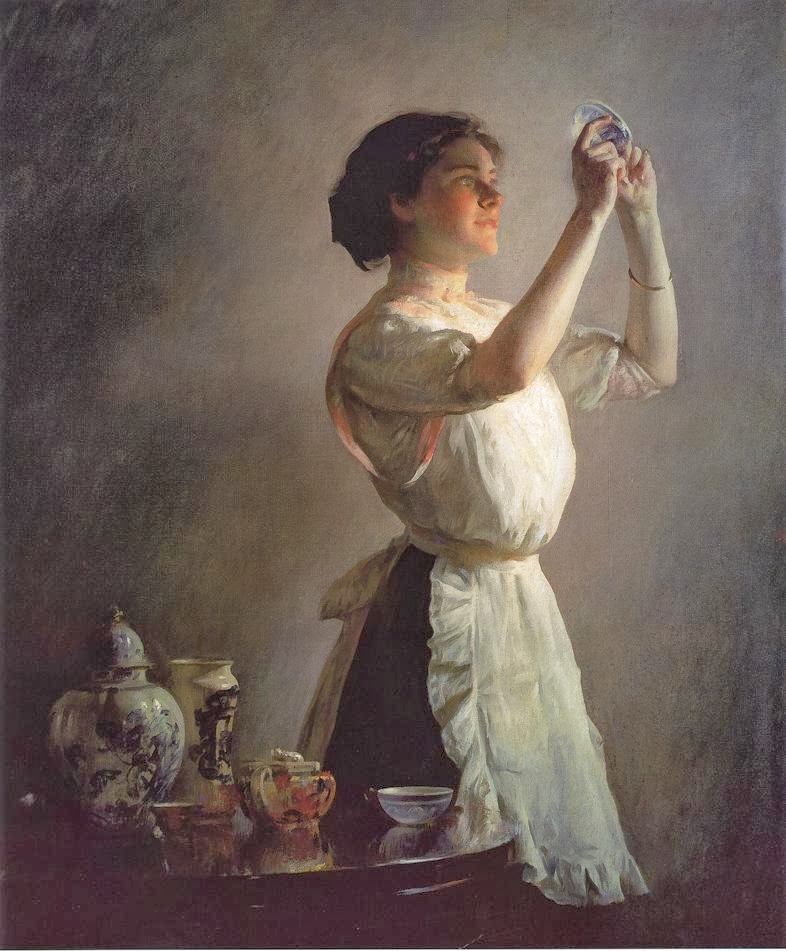 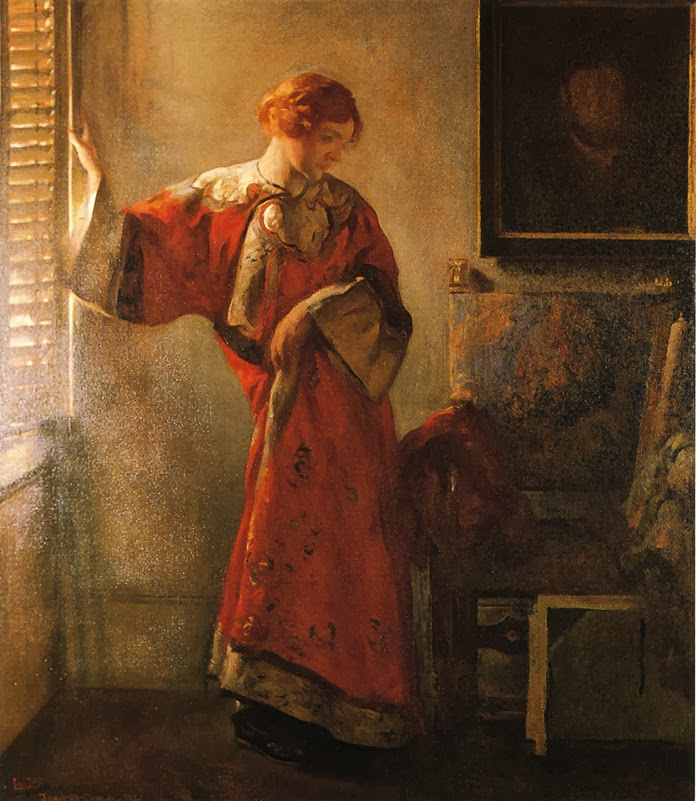 The window Blind - 1921
My guess is that this was inspired by Vermeer; note the similar room arrangement. 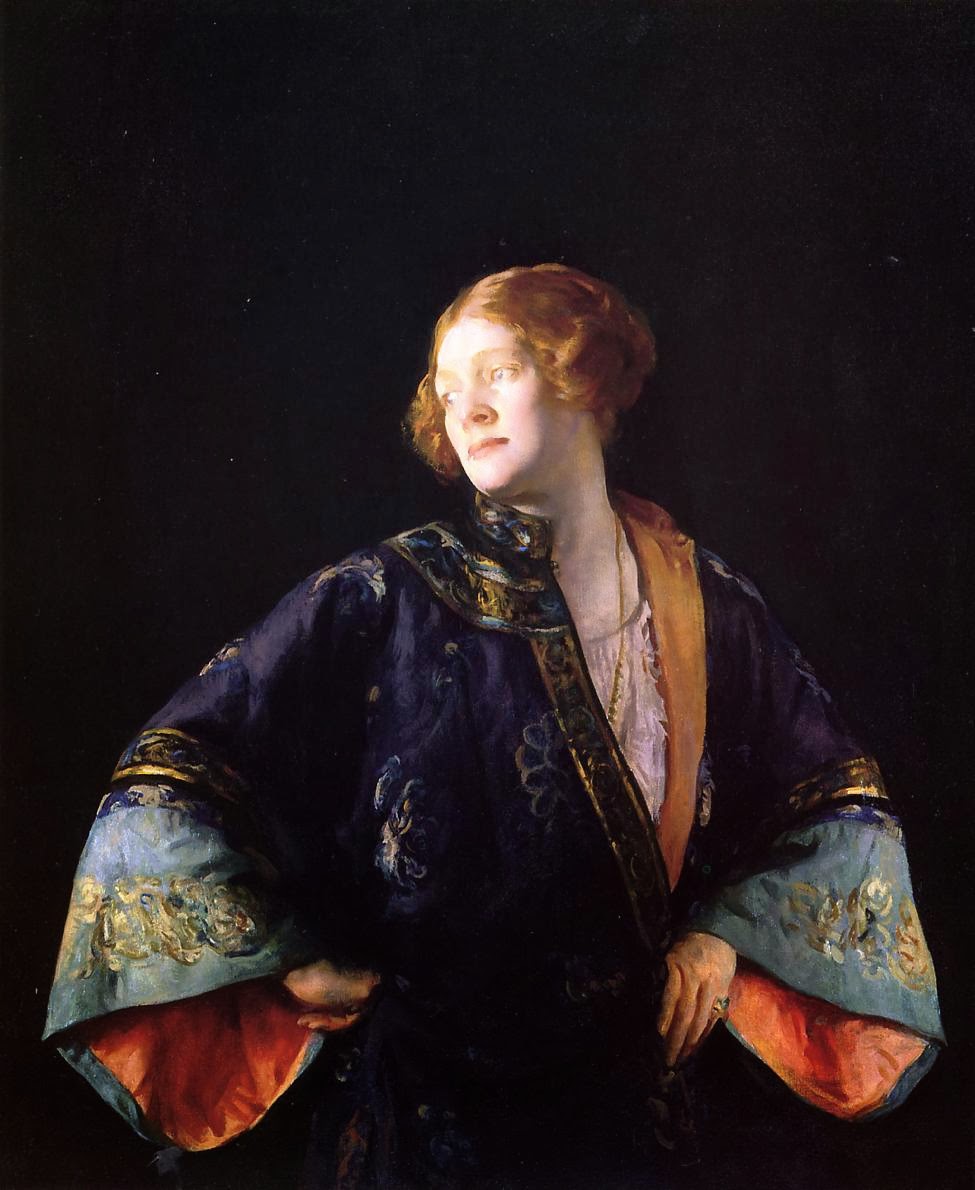 He often avoids painting hands. Not always though.