The Test of Time: PoMo vs. Velvet Elvis

Just an idle thought, here. Nothing profound, as usual. I was thinking about something I wrote about in my e-book Art Adrift, and this odd idea popped into my head. Let me explain it.

An Art Adrift contention is that much modern and probably even more postmodern art lacks staying power. That's because, especially for the postmodern case, subject matter and presentation fashions are too rooted in the current scene, and universals of humanity tend to be ignored. Ironic takes on cultural references replace emotions such as joy, sorrow, wistfulness and such. Centuries, or even decades from now, how many viewers of paintings will have any idea what such paintings are about, especially if images are considerably distorted from everyday reality? We can relate to paintings by Rembrandt, but will folks 400 years from now (to use a similar time scale) be able to relate to one of Willem DeKooning's messy paintings of women?

Now for my (insightful? crazy? silly?) thought. A couple of hundred years from now, would a painting of Elvis Presley on black velvet be better appreciated than postmodern paintings of certain types? Consider the following: 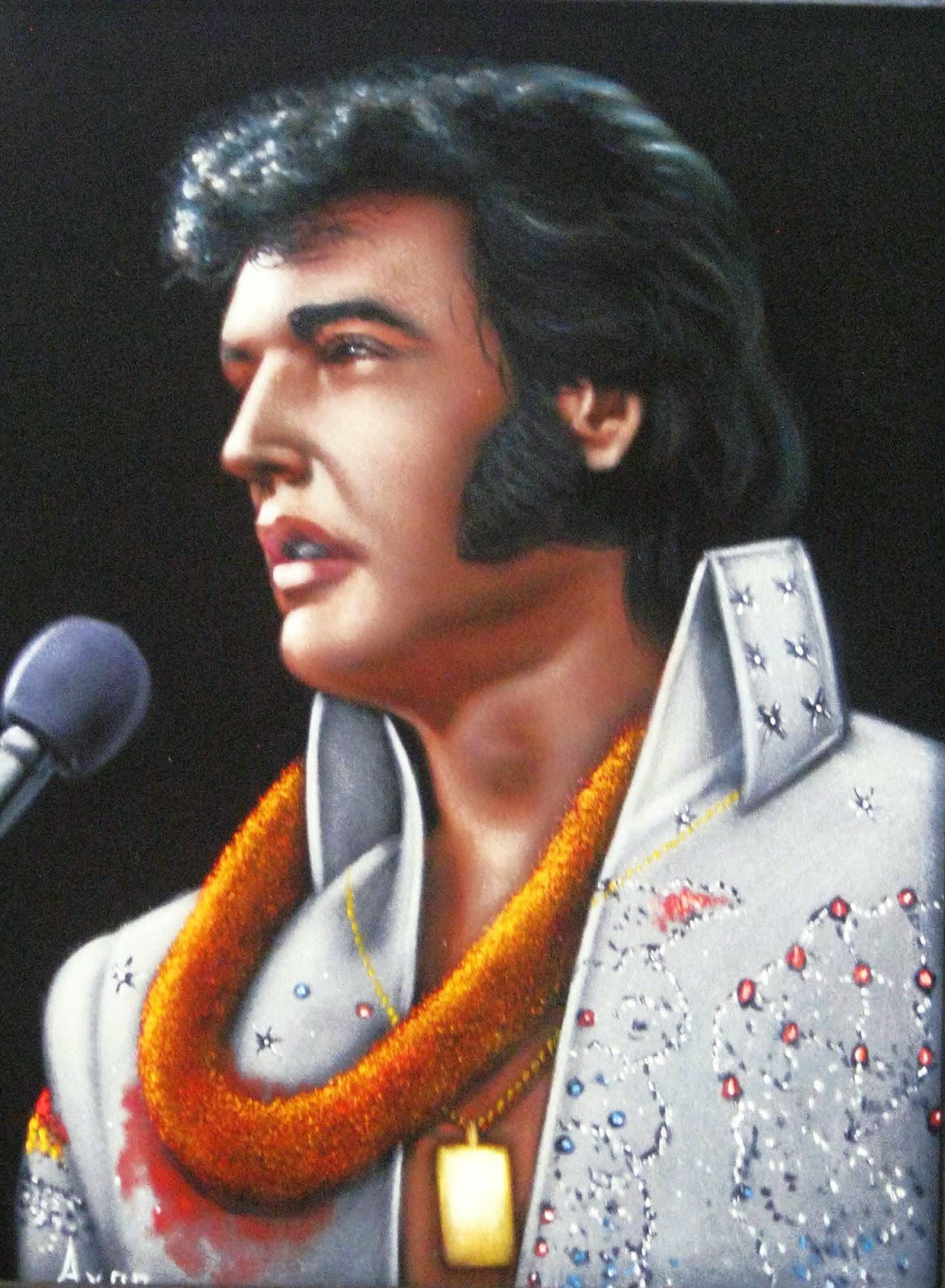 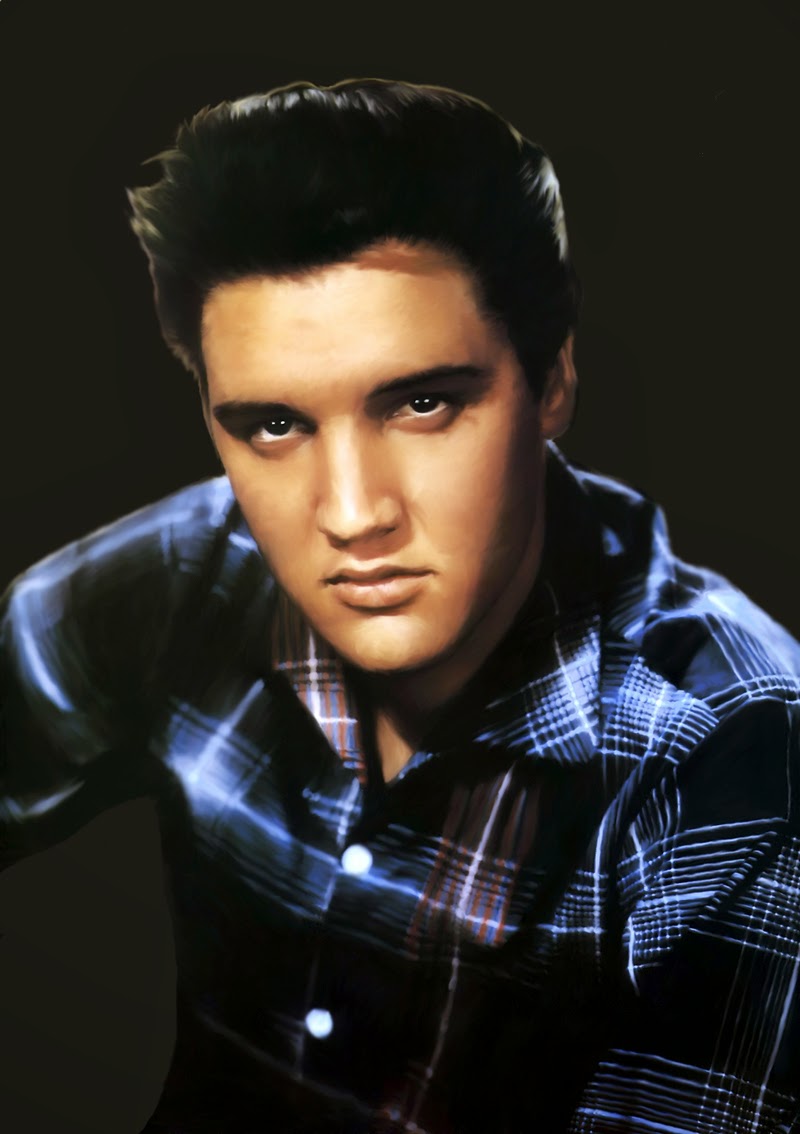 Two Elvis Presley paintings on black velvet
I found these images near the top of a Google seach. 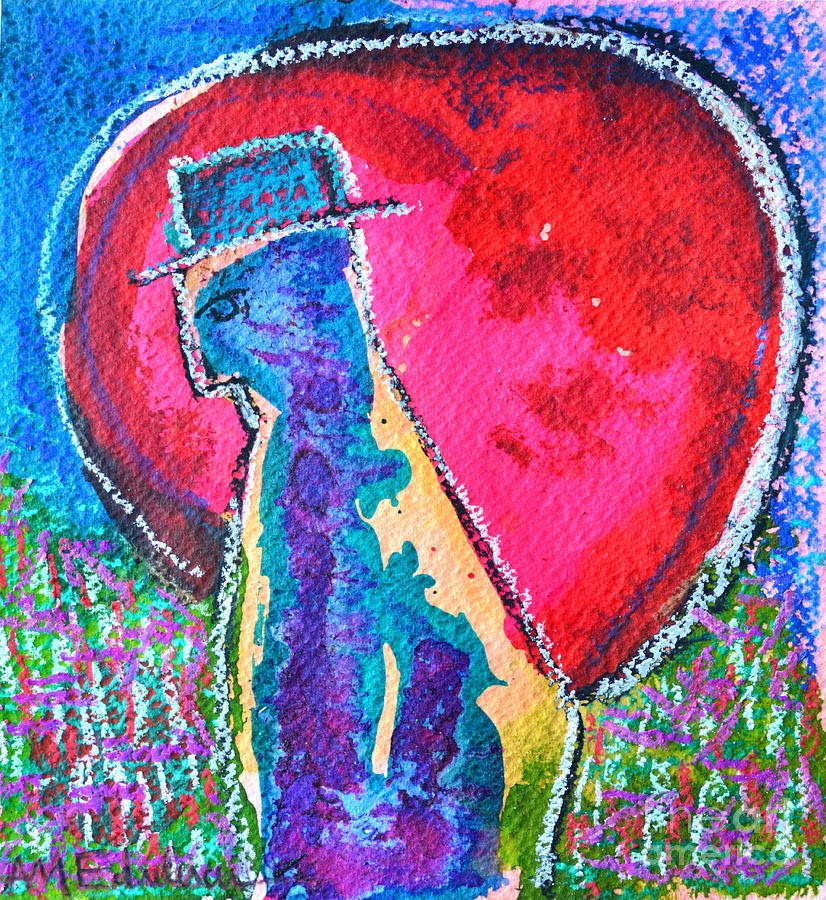 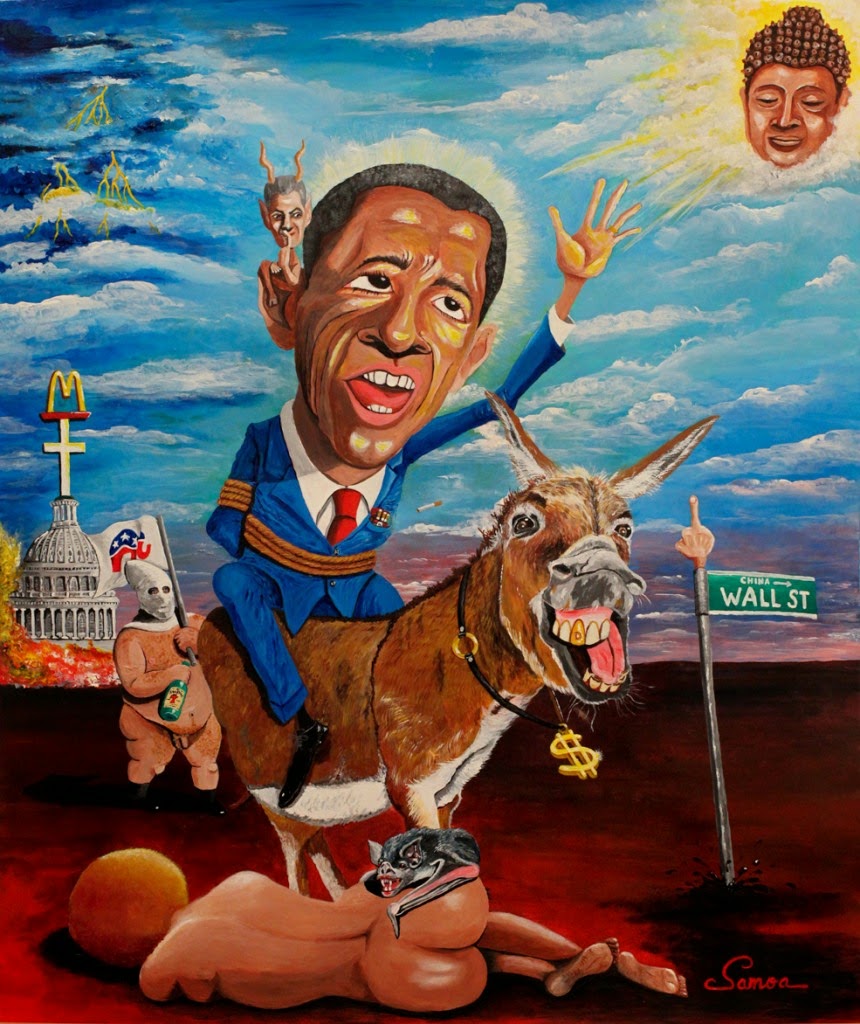 Political portrait of Obama by Samoa

Clearly Elvis is a 20th century cultural icon / artifact / whatever. Few in the distant future are likely to know about him. But he is a fellow human, and a viewer of even an on-velvet Elvis might well be interested in viewing it for its human aspects. The Murakami painting might be recognized as some kind of cartoon, and the painting of a man wearing a hat could well be dismissed as not interesting or informative. As for the artist Samoa's painting showing Barack Obama, it is highly likely that it will simply be a puzzlement, its (poorly drawn) subject and accompanying iconography without meaning.

To be clear: I don't contend that Elvis paintings are or will be necessarily considered great art; but I suggest they'll be easier to relate to than much postmodernism.
Posted by Donald Pittenger at 7:30 AM