I was never a railroad buff. Perhaps should have been, given that my grandfather and uncle on my father's side were railroad men. Maybe that is why, when I think of Terence Cuneo (1907-1996), a famous British illustrator and painter in his day, what comes to mind are his wartime, aircraft and automobile works rather than the railway paintings that seem to be what he is best remembered for. That memory was manifested in a statue of him placed in London's Waterloo Station a few years ago.

No doubt some -- or even many -- readers are train fans. So with that in mind, I'm presenting examples of Cuneo's railway art. Some are simply portraits of famous locomotives, other works deal with various aspects of train travel.

Information on Cuneo can be found on his Wikipedia entry, this post on Lines and Colors blog, and his daughter's comments here. 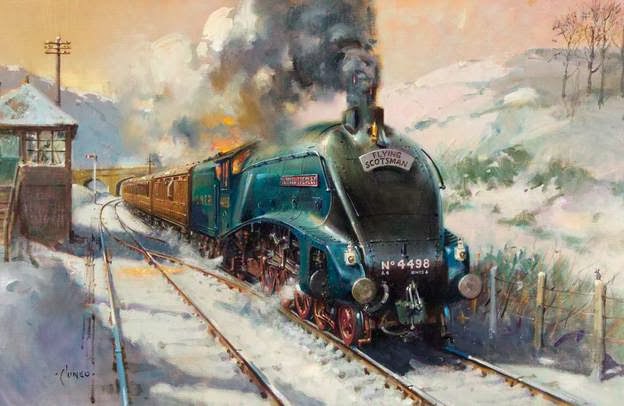 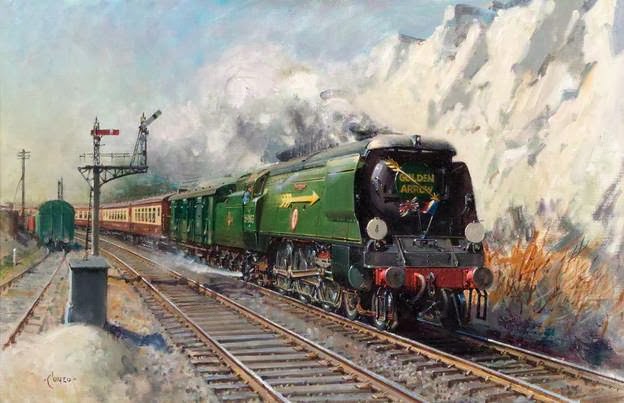 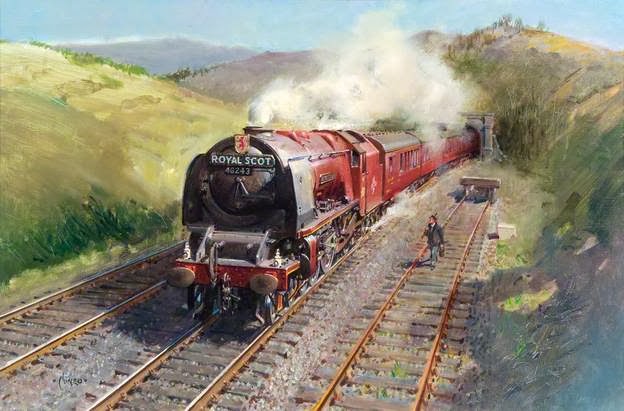 Royal Scot - 1984
Some portraits of famous locomotives of times past. 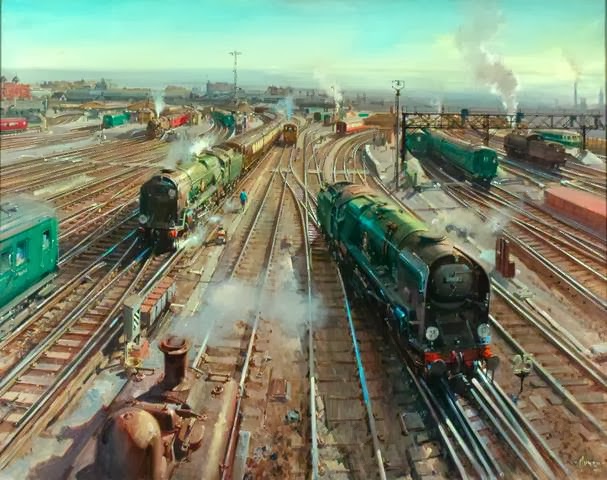 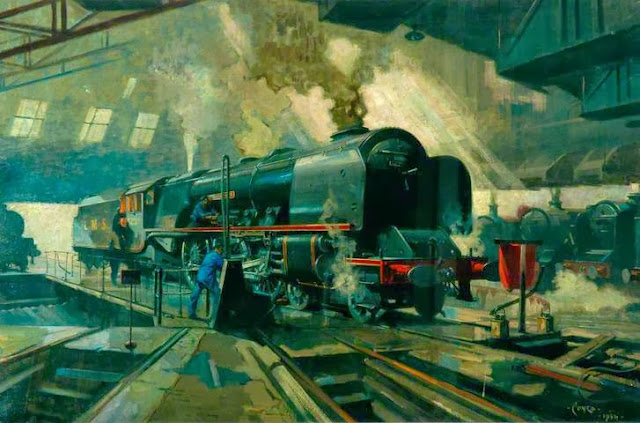 Waterloo Station - 1967
This is a huge painting that can be seen at the National Railway Museum in York, England.

Paintings of beautiful old trains unfortunately bring back for me the stench of the things.