Ernest Board (1877-1934) spent much of his career in Bristol, his best-known works dealing with historical aspects of the city. Around 1912 he was commissioned by Henry S. Wellcome to paint a series dealing with important exploits of science.

Biographical information regarding Board is skimpy on the Internet. This source states:

"Board was a member of the Royal Institute of Oil Painters (R.O.I.) and the Royal West of England Academy (R.W.A.)."

An artist club, the Bristol Savages, has this to say:

"Born in Worcester in 1877 but moved to Bristol at an early age. Educated at the Merchant Venturers` Technical College, then at the Royal College of Art and the Royal Academy Schools. Later he joined the studio of A. E. Abbey [sic?] In 1902 he exhibited at the Royal Academy. He joined the Tribe in 1907 and was President in 1918. The most famous of his paintings “The Departure of Sebastian Cabot from Bristol” hangs in the Bristol Art Gallery alongside which hangs another fine painting of great personalities in Bristol`s history presented as a group meeting. Many other of his works are also in Bristol Art Gallery. He was commissioned to carry out mural decoration in the Houses of Parliament and in the Council Chamber of Bristol Corporation. He was also an excellent artist in stained glass. Several of his portraits hang in the Wigwam. He was with the Tribe until 1932. At that time he was far from busy and depressed and he decided to leave Bristol and try his luck in London. The hoped for luck in London however did not materialise and he moved to Farley Green in Surrey where he designed and painted an altarpiece. He died in 1934 aged 57."

Some of Board's large historical paintings from the early 1900s are mural-like with a whiff of Pre-Raphaelite sensibility, an appealing combination. His Wellcome paintings are more conventional. 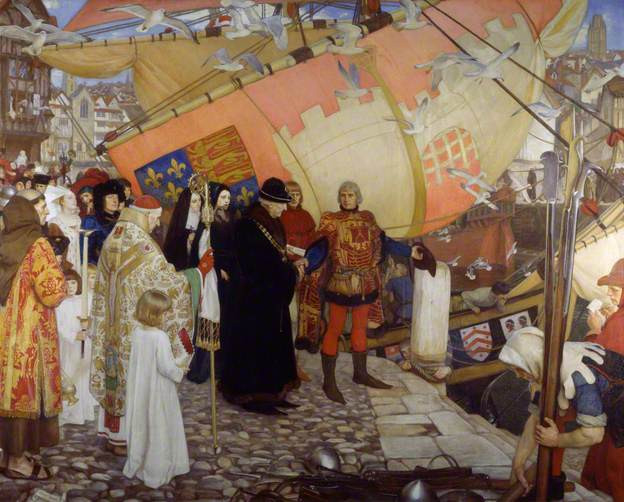 The Departure of John and Sebastian Cabot on their First Voyage of Discovery, 1497 - 1906
This painting has intrigued me ever since I saw a snippet of it as a book cover illustration. 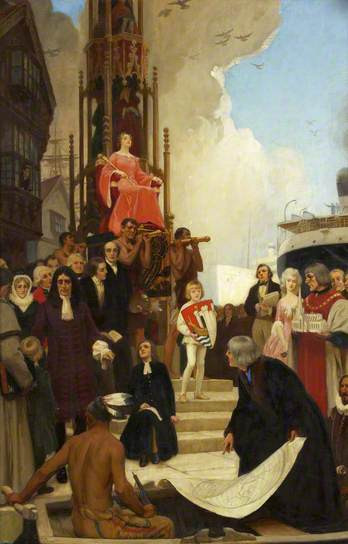 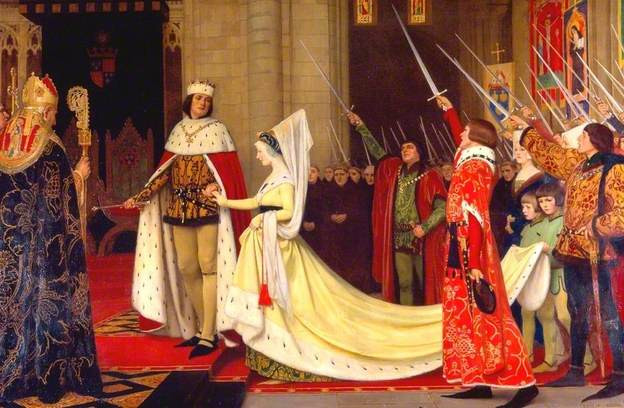 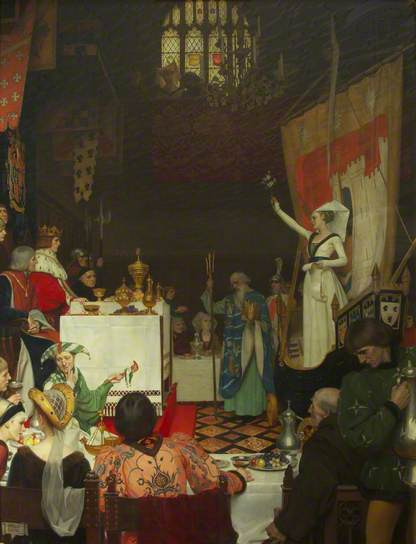 Edward IV being Entertained by William Canynges at His House in Redcliff Street, 1461 - 1918
Biographical information on Canynges is here. 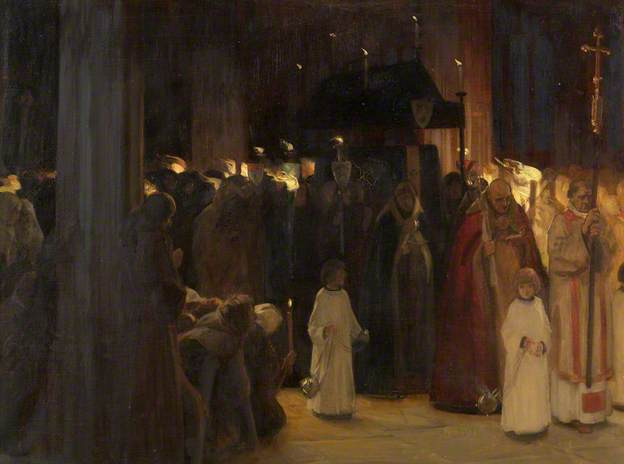 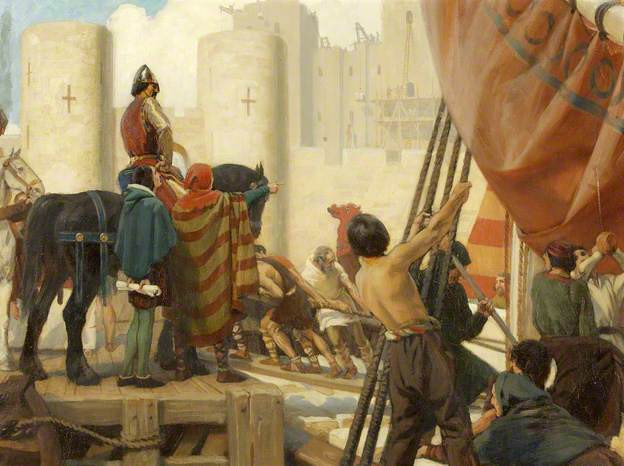 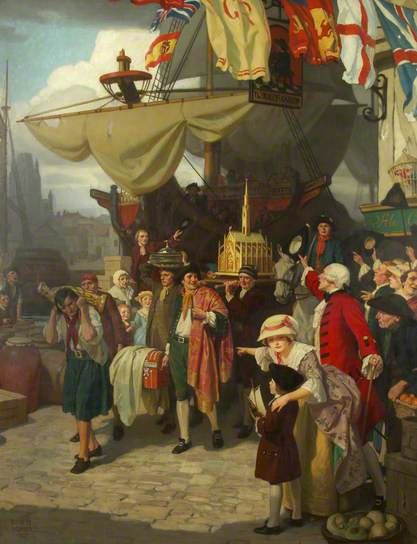 The Unloading of Two Captured Spanish Treasure Ships at Bristol in September, 1745 - 1927 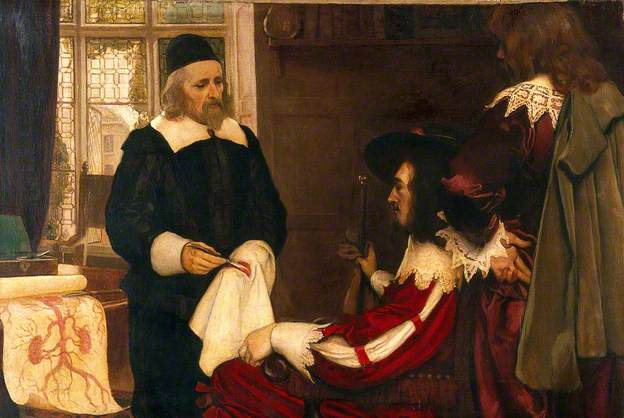 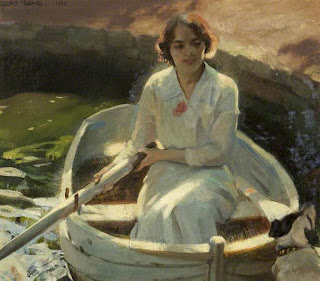 Study of a girl in a boat
I include this to show that not all Board's paintings were tightly brushed.