Charley Parker called my attention to the passing of Ken Auster (1949-2016). Some images of his paintings and a short biography can be found here.

Auster earned an art degree in college and then spent a number of years in commercial art, doing surfer-themed t-shirt graphics and other such work. Around 20 years ago, he shifted to painting. His style evolved into broad-brush, sketchy, impressionist (but not of the broken-color variety) painting featuring strong use of color to help create atmosphere. He did a good deal of plein air work, much of it in cities. In recent years he painted many bar and restaurant scenes.

An interesting practice was the titles her assigned to his works. Often they are ironic takes on what he was depicting, as can be seen in the sampling below. 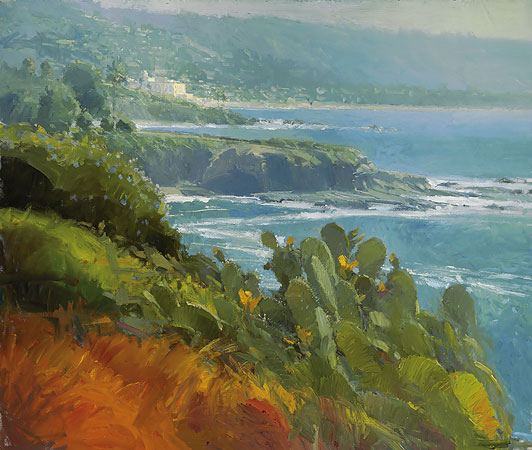 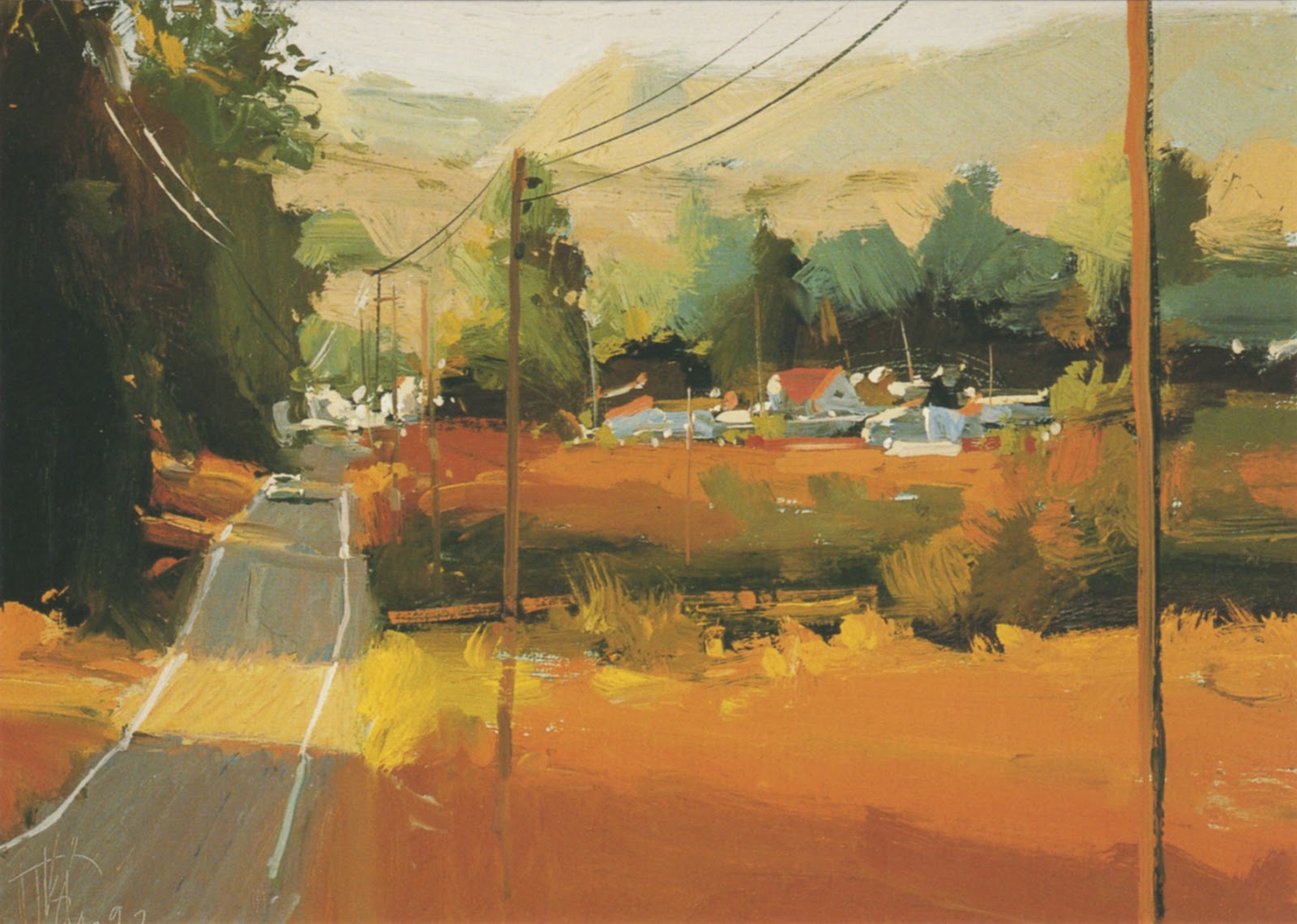 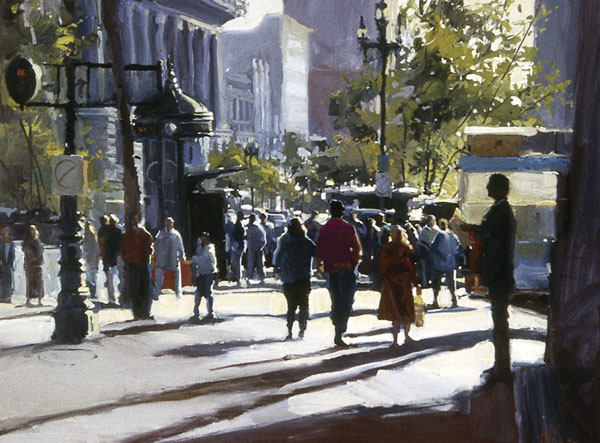 San Francisco street scene
Auster's urban scenes often made use of strong value contrasts. This also has some contra-jour. 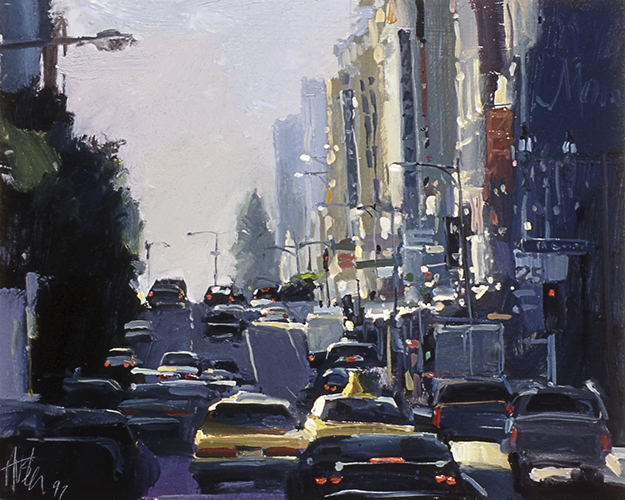 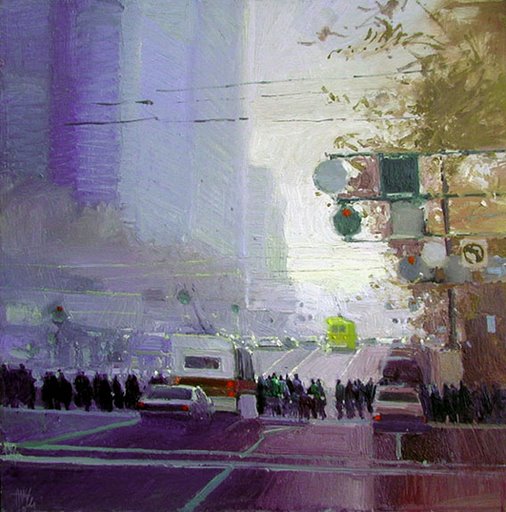 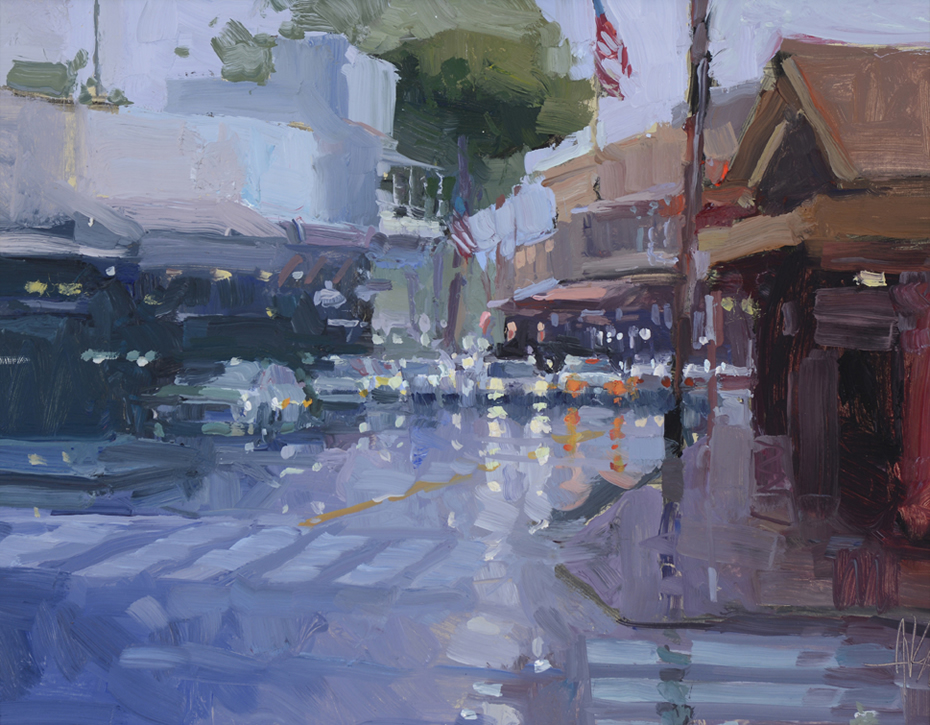 Land of Relentless Sun - c.2014
A rainy winter day in California (rains can get very heavy there at times). 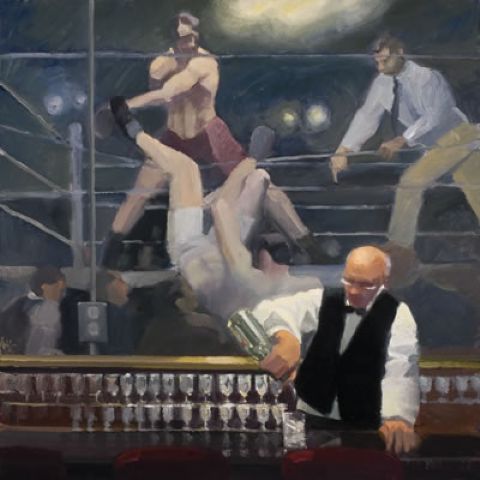 Knock Out
The background image is George Bellows' Dempsey and Firpo (1924) located at the Whitney Museum of American Art. So I wonder if this is a scene from an actual bar. 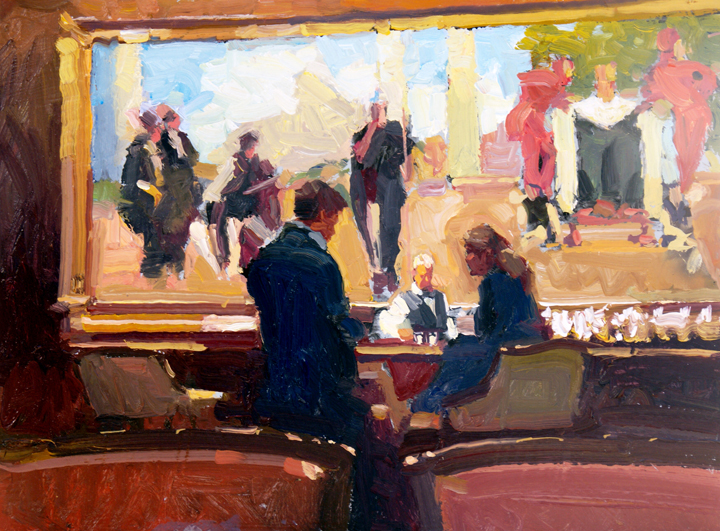 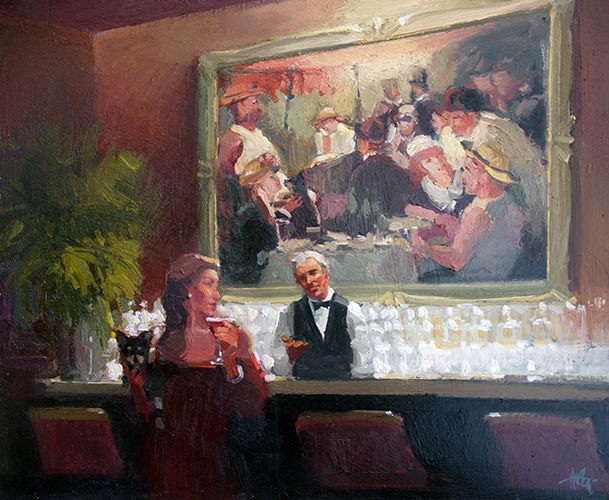 How About a Biscuit
The background image is Renoir's Luncheon of the Boating Party that is housed in the Phillips Collection in Washington D.C. Perhaps a reproduction or copy is in a bar unbeknownst to me.