Fritz Willis (1907-1979) was a first-rate pinup artist who did other kinds of illustration earlier in his career. But even then, his focus was on beautiful young women.

For more information about him and discussions regarding his work along with examples (some of which I present below), you can link here, here, here, here and here.

I get the impression that Willis might have been a bit more interested in his pinup's faces, rather than their bodies. That's because he sometimes painted heads that are too large compared to the rest of the body. You can check this if you're interested by Googling on Willis and then clicking on Images. 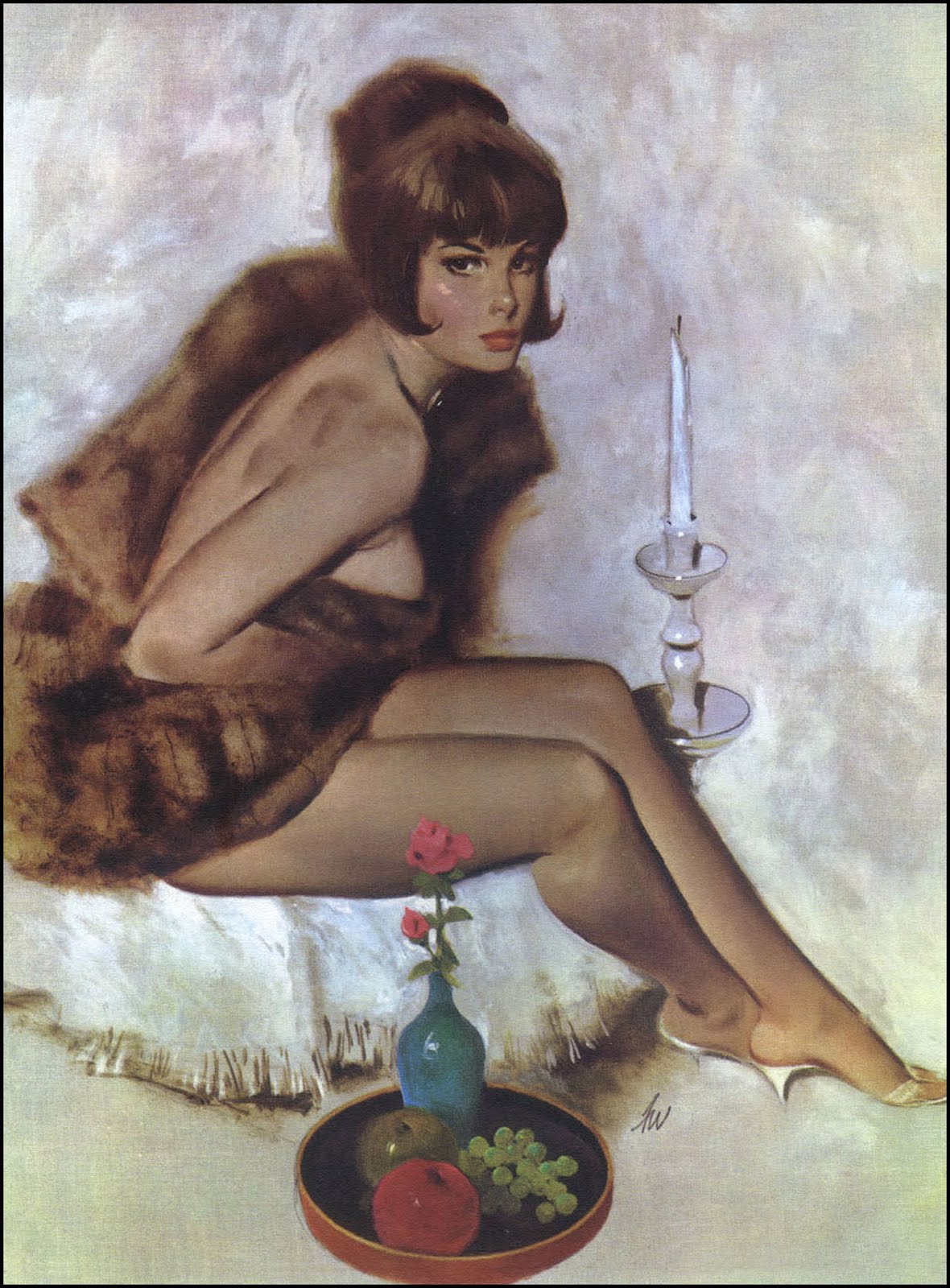 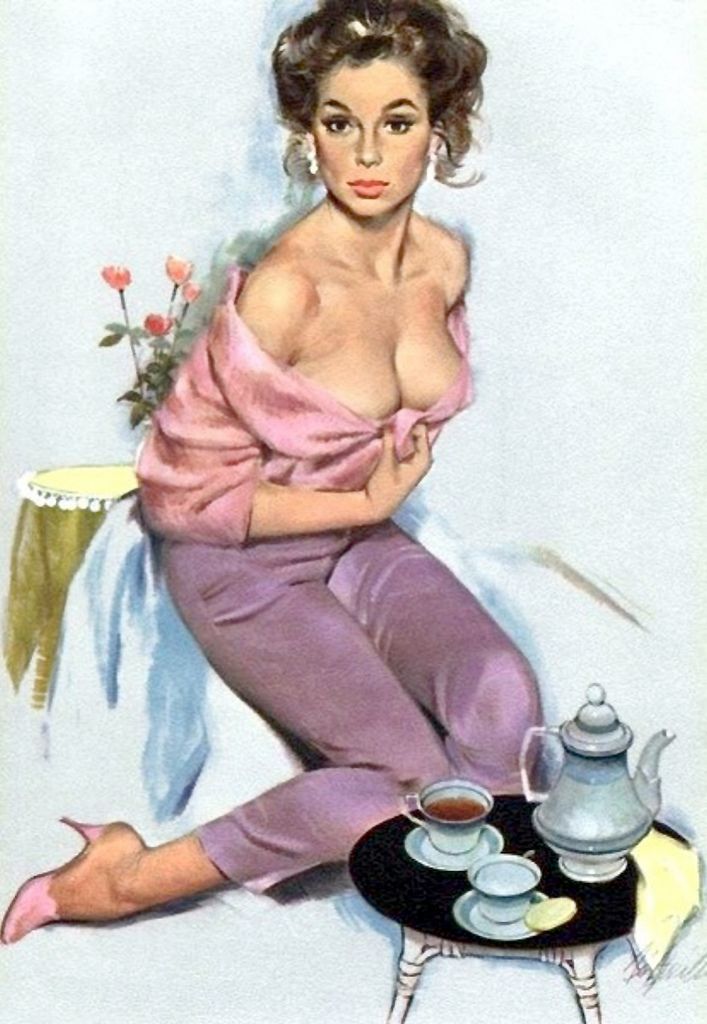 A story illustration, but I don't have the source.
UPDATE: A reader reports that this illustration is from the Saturday Evening Post story "The Airborne Female," in a December 1956 issue. 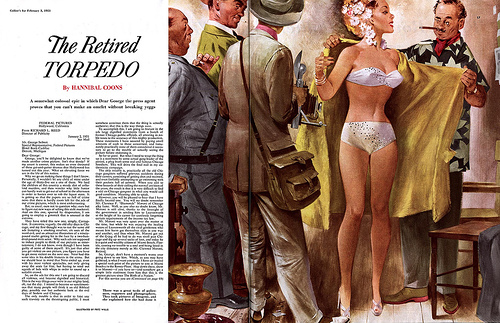 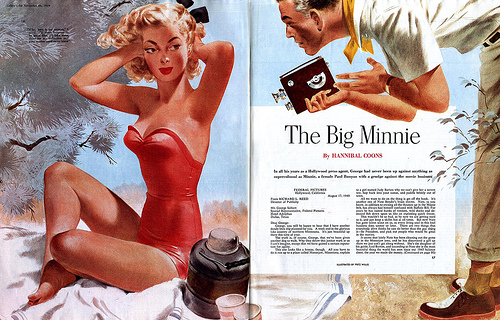 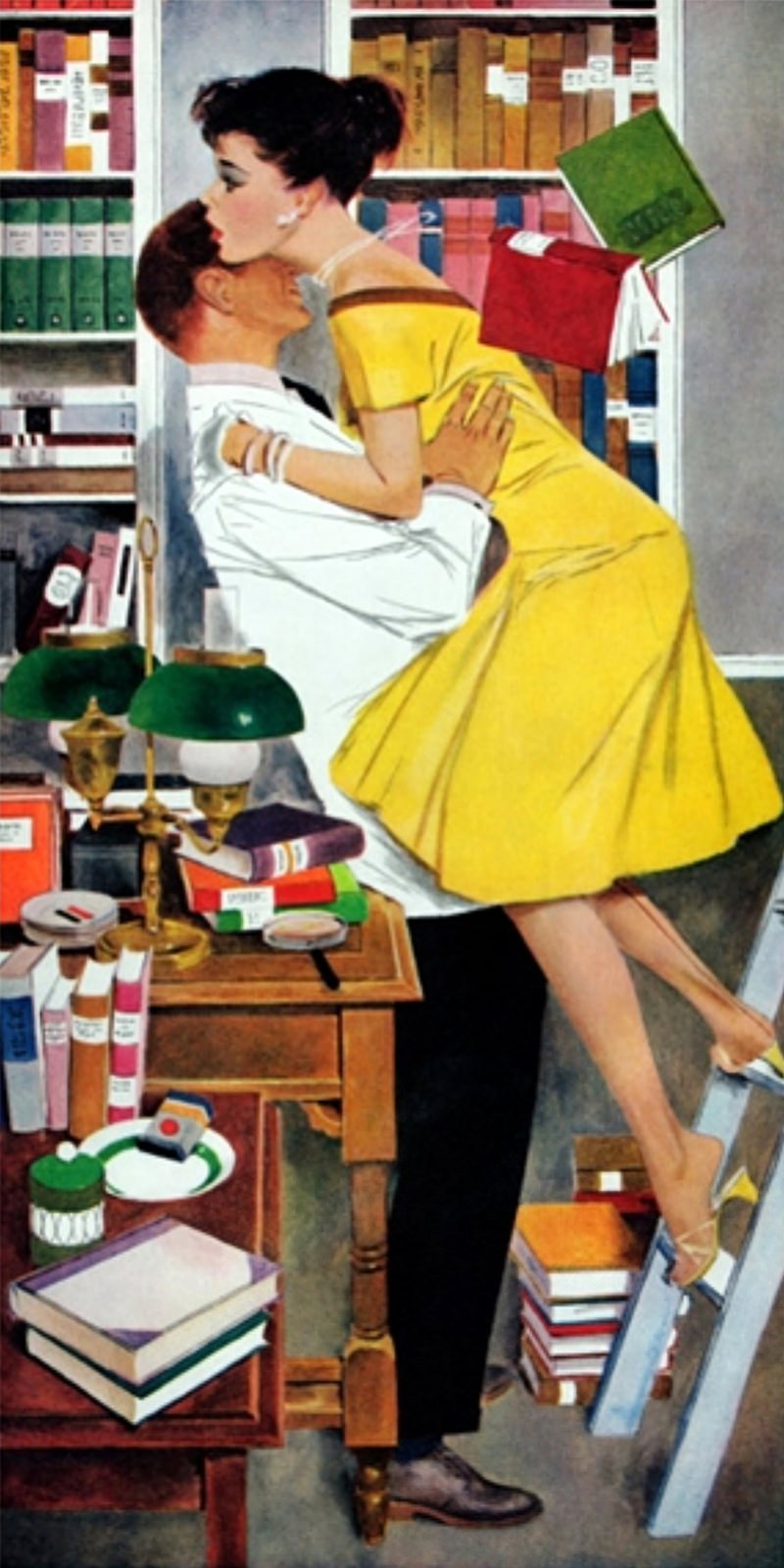 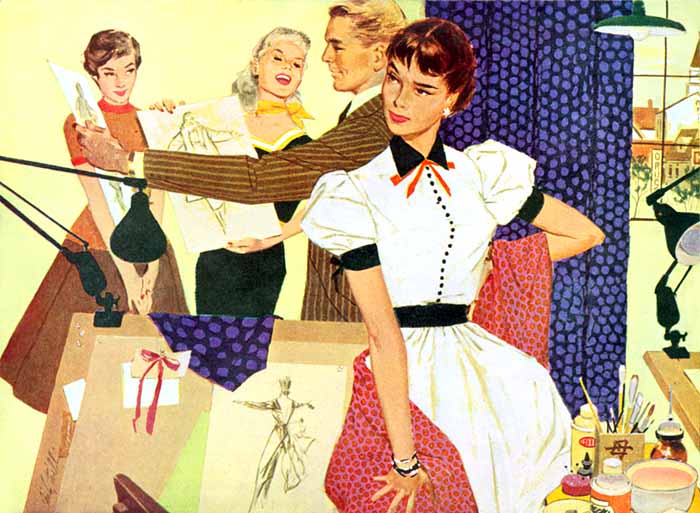 More unsourced story illustrations. Willis worked on full-color advertisements (fairly rare in the 1940s and 50s) and illustrated for major "slicks" such as the Post and Collier's. By these criteria, he was successful even before he drifted into art for pinup calendars. 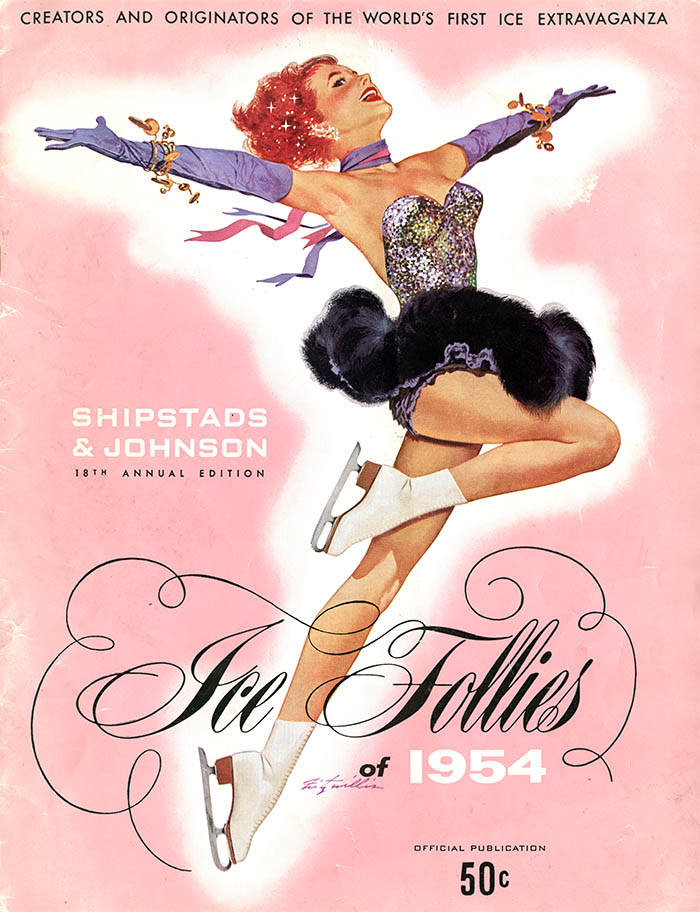 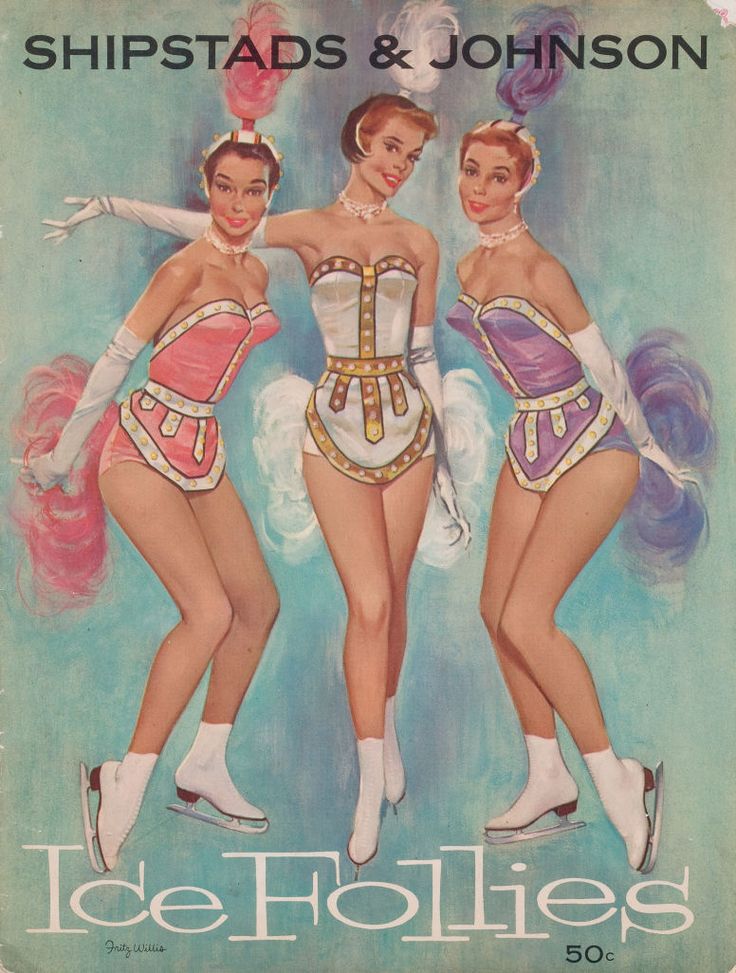 He also did cover art for Ice Follies programs for many years. 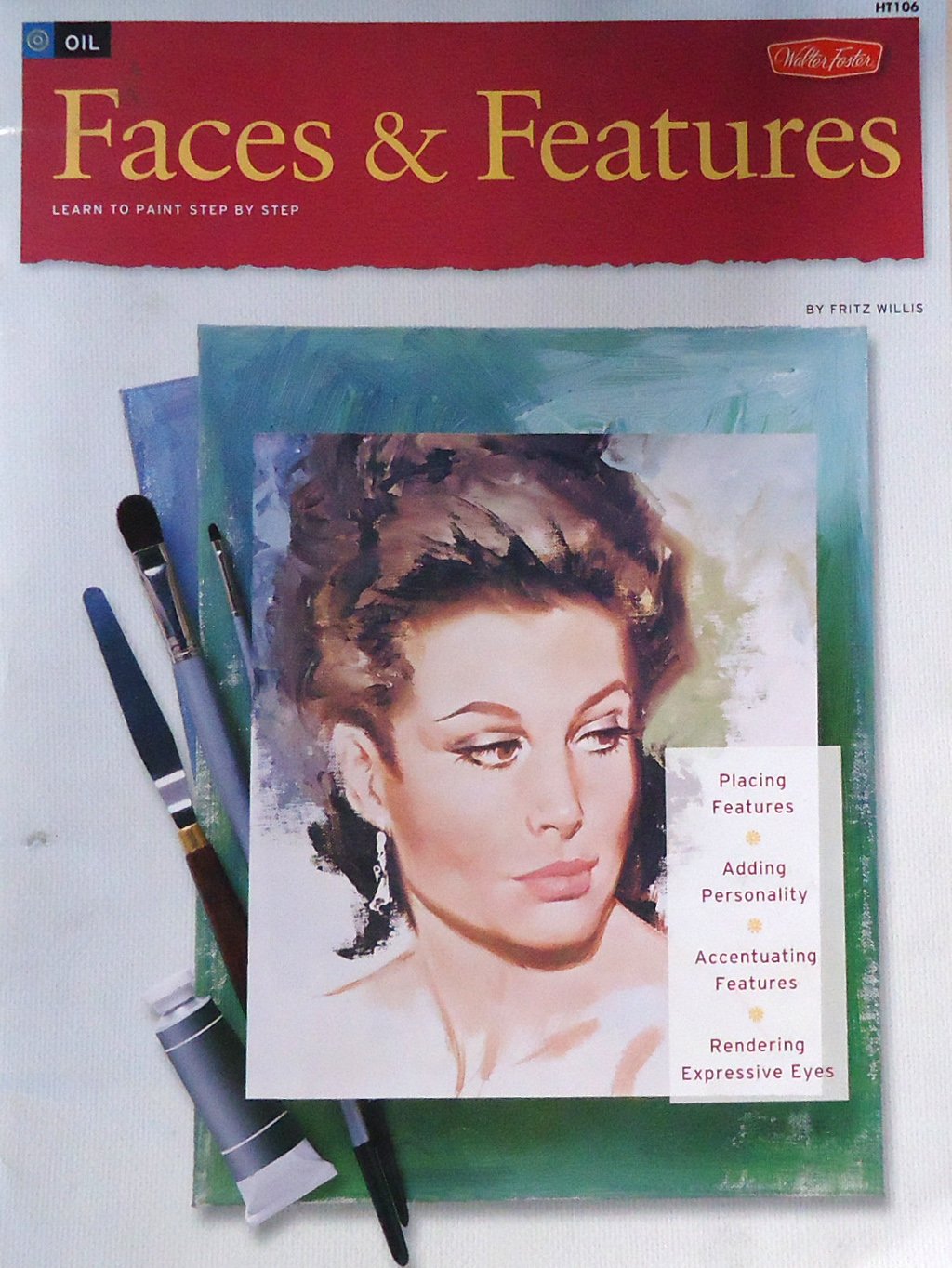 The cover of a how-to book Willis did for Walter Foster. 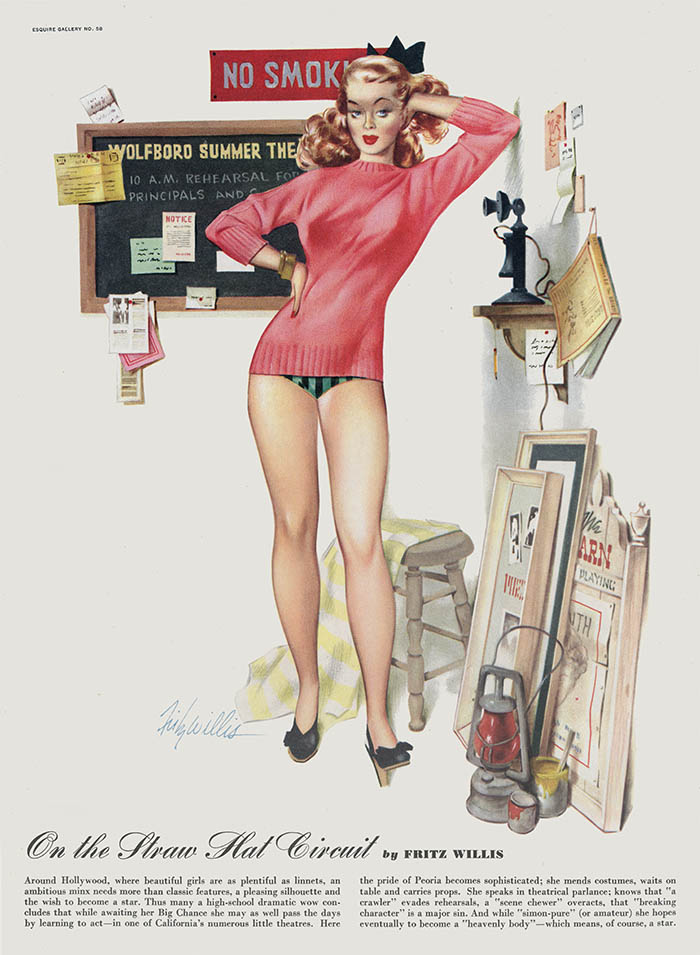 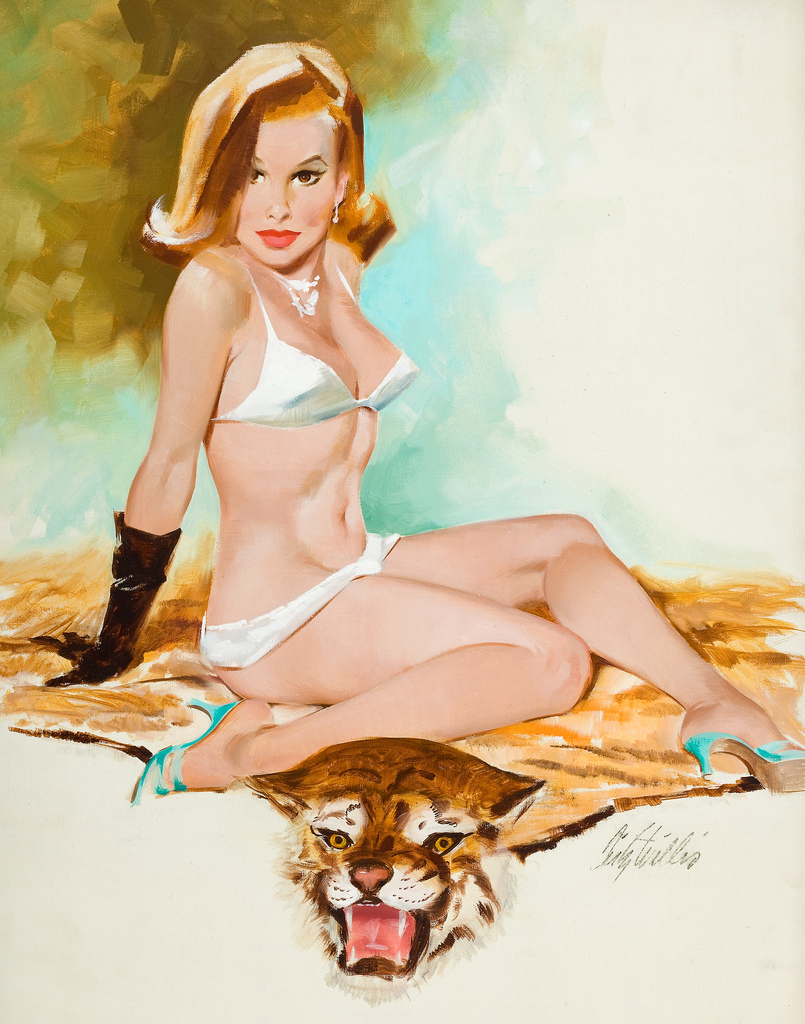 I include this for its simplified brushwork -- not typical Willis. 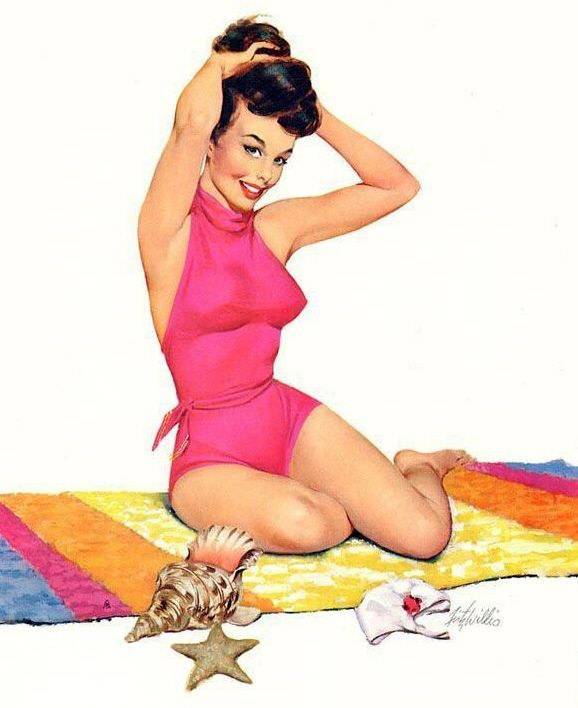 thank you for the link back. I enjoyed your article.