In the Beginning: Coby Whitmore

Maxwell Coburn (Coby) Whitmore (1913-1988) is considered by many -- including me -- as one of the great illustrators of the period 1950-1965. Biographical links are here and here. I briefly mentioned him here.

Like nearly all artists, it took Whitmore a while to settle into a mature, characteristic style. Below, I feature examples of his earlier work. These images were competently done, but do not stand out from works of other illustrators from that era. Nevertheless, his work was already appearing in major magazines, and by the mid-1950s Coby Whitmore had truly become the Coby Whitmore we know. 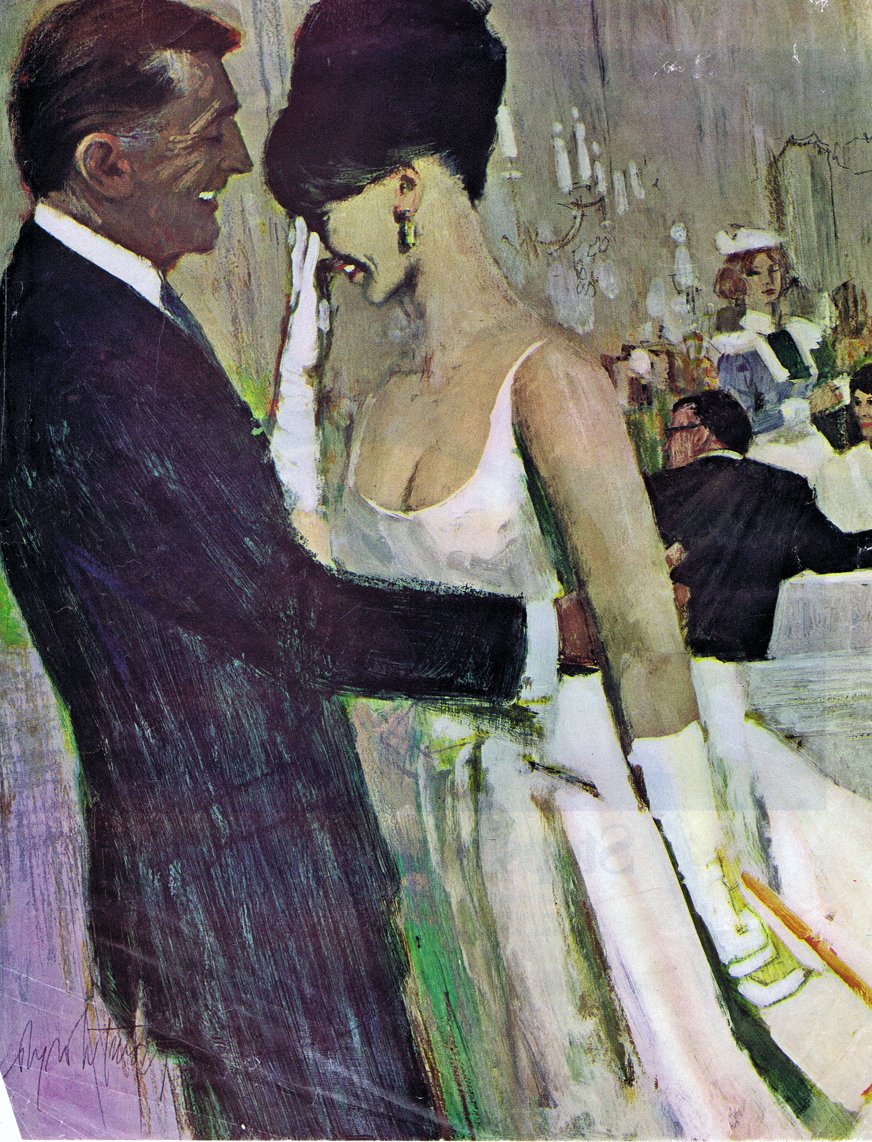 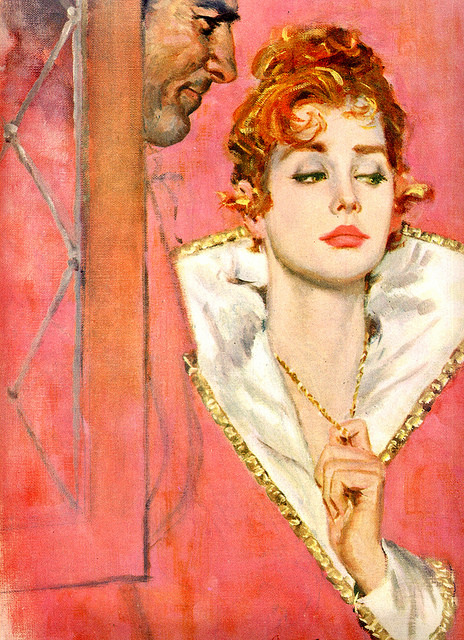 Typical Whitmore illustrations from his mature period
The man in the upper image strikes me as looking a lot like William F. Buckley, founder of National Review. 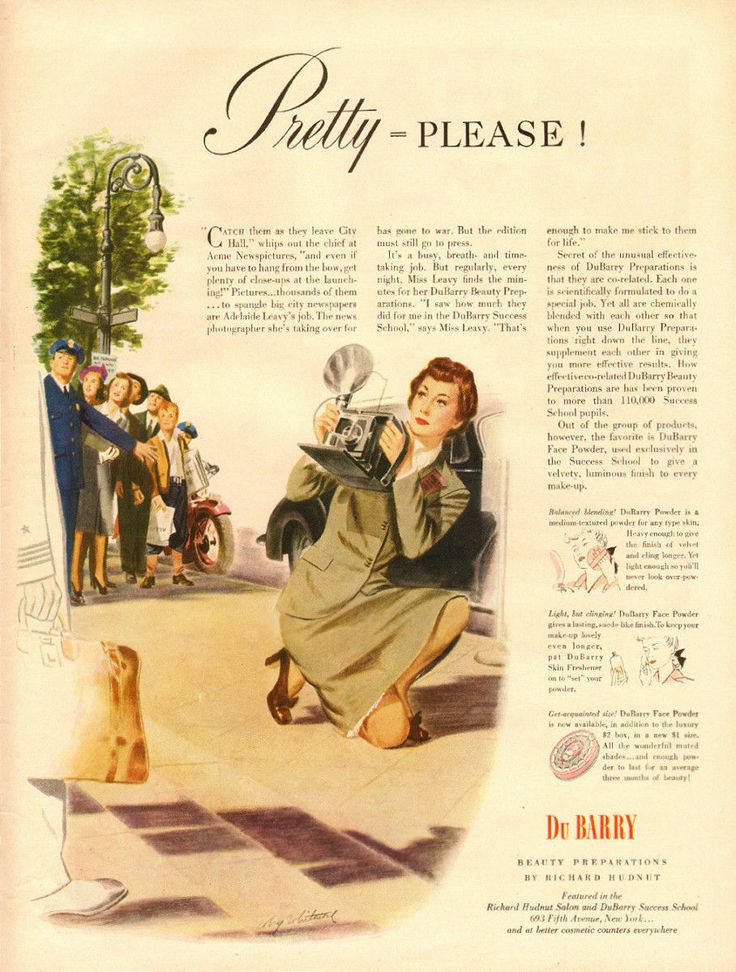 Advertisement from around 1942
Whitmore is already adding a dab of the risqué. 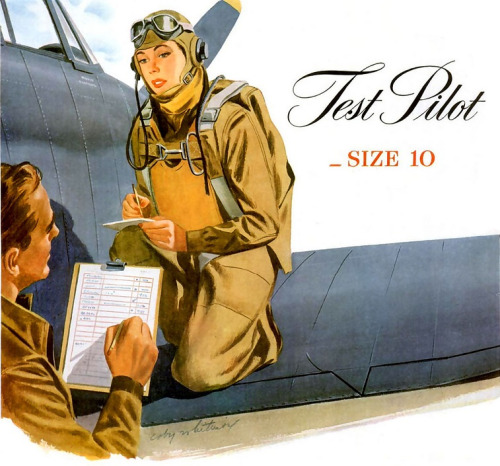 From around 1944
I don't know the source, but it's probably from an advertisement or perhaps a story. During World War 2 women were used to ferry aircraft from place to place around the country. A few might have been test pilots who checked out newly-built aircraft. None, so far as I know, were test pilots of the classical kind who wrung out prototype airplanes. As long as I'm being picky, pilots almost always enter the cockpit from the left side of the aircraft, not the right, as pictured here. 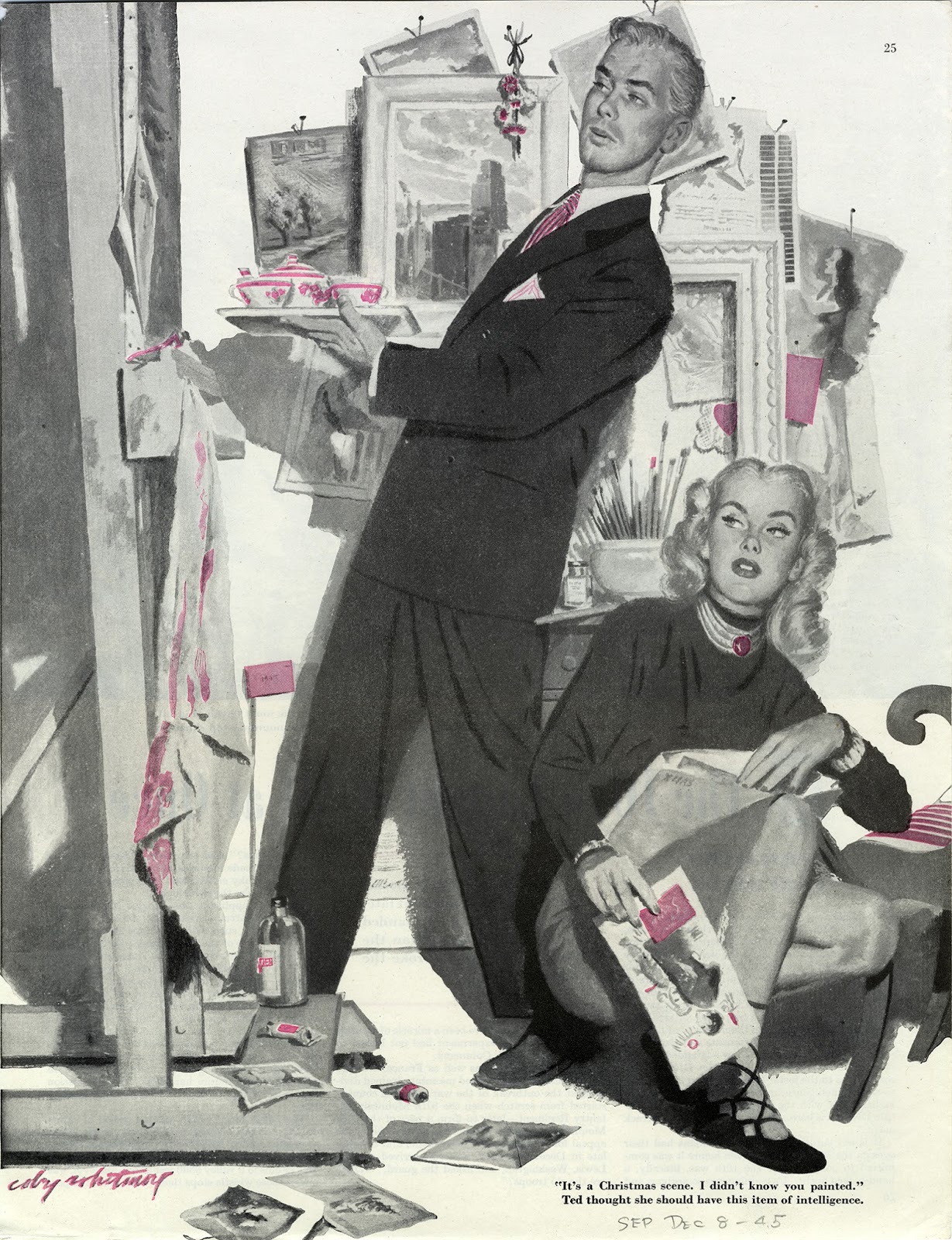 Saturday Evening Post story illustration - 8 December 1945
The woman's pose echoes the one from around 1942, above. 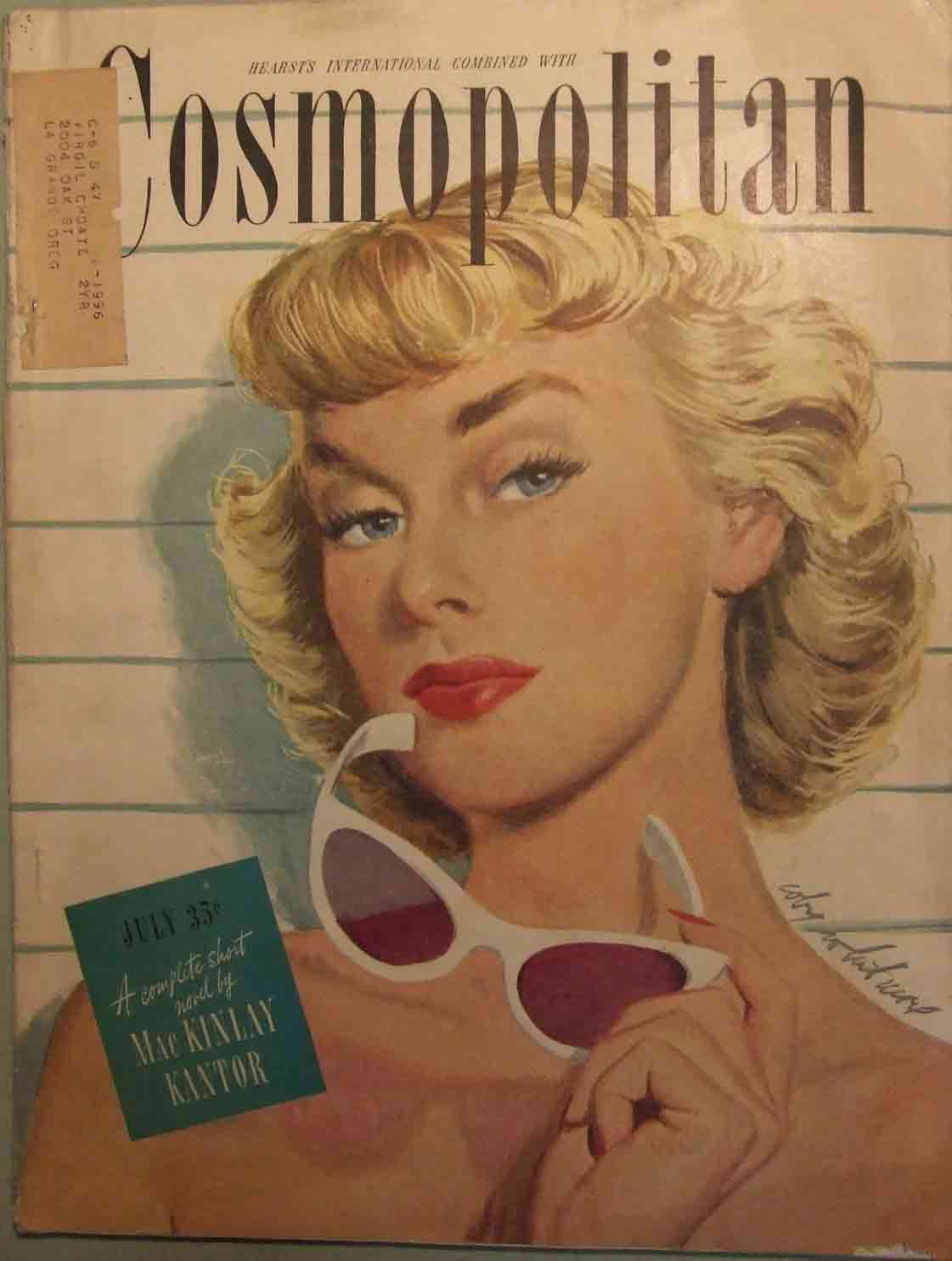 Cosmopolitain cover, July 1946
Whitmore did a number of covers for Cosmo in the early post-war years. 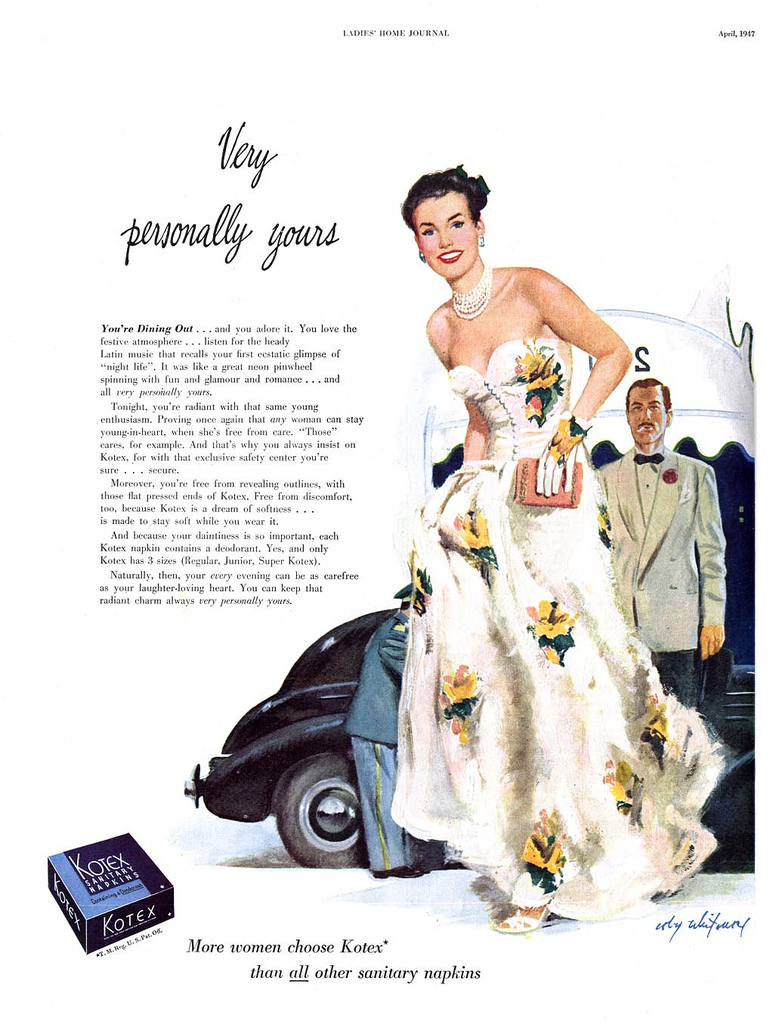 Advertisement - 1947
The car in the background seem oddly old-fashioned -- late 1930s styling. But Whitmore was a car guy, and must have had his reasons for including that vintage. 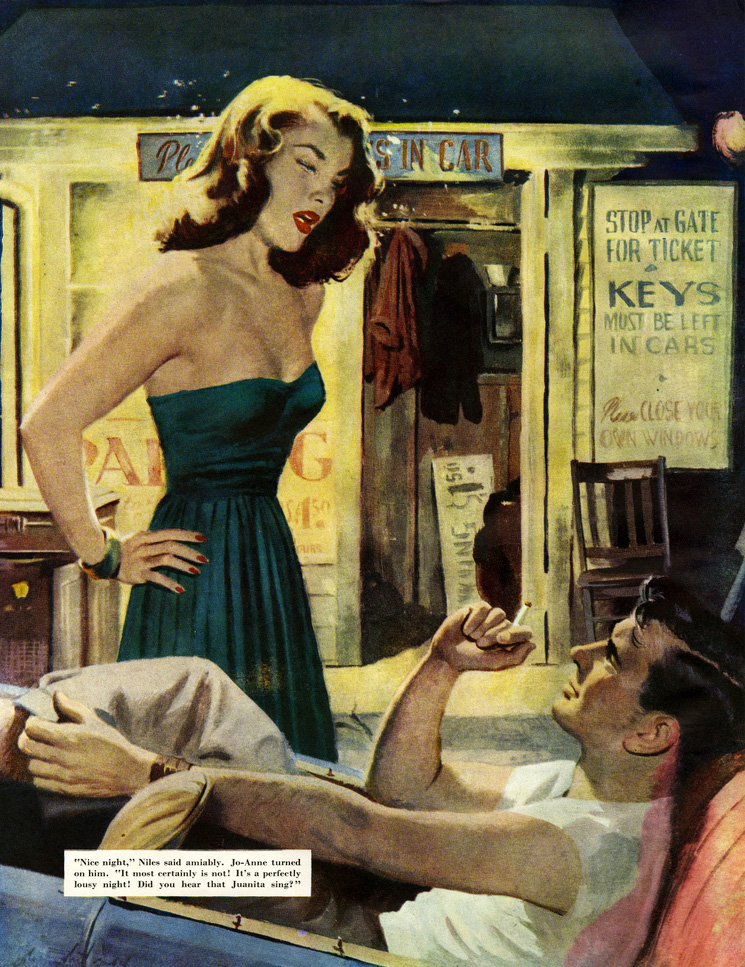 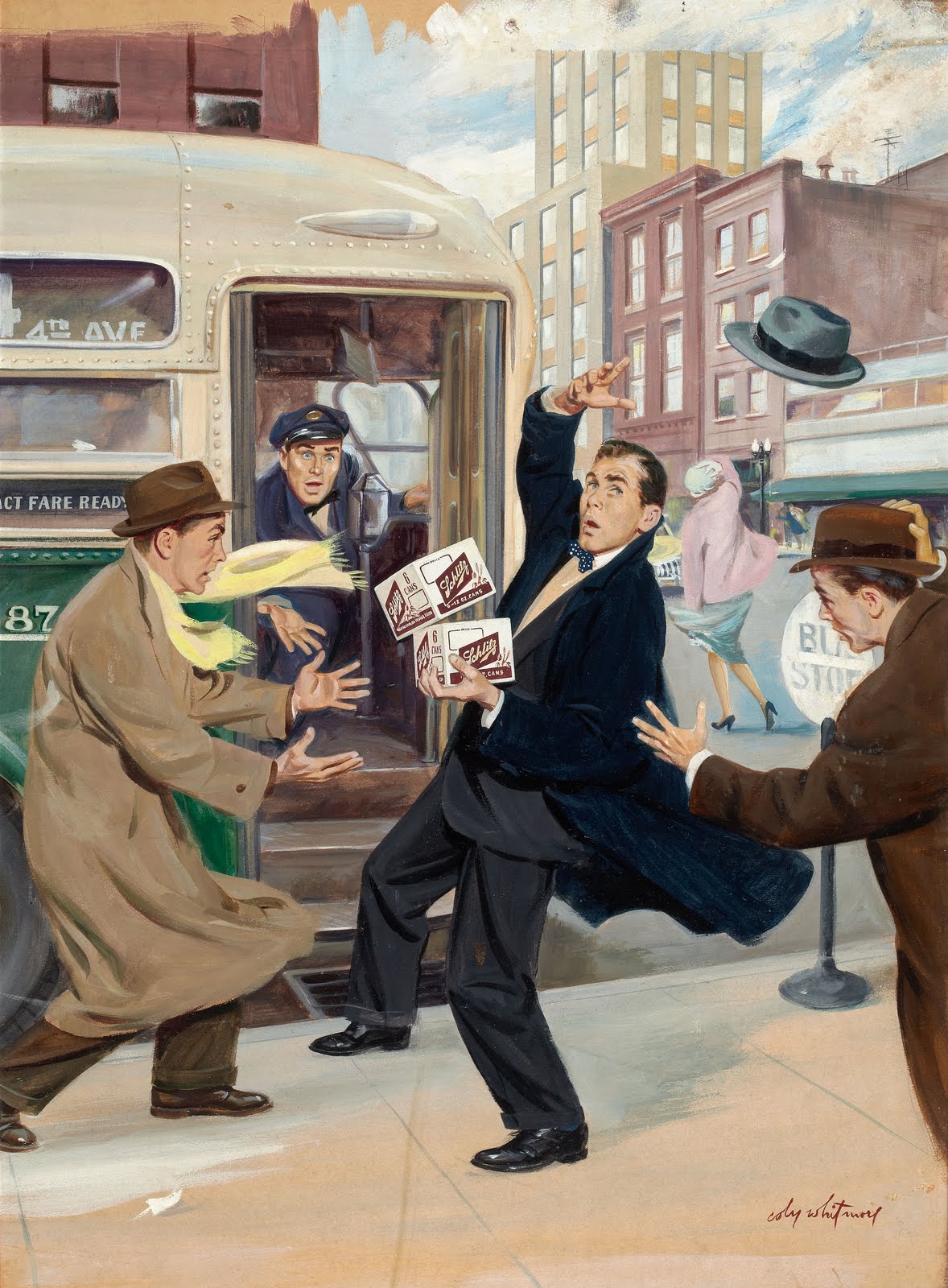 Illustration for Schlitz Beer advertisement - c. 1949
This image and the one above it include plenty of background detail, something unusual for Whitmore. But in the late 1940s, many art directors expected it. 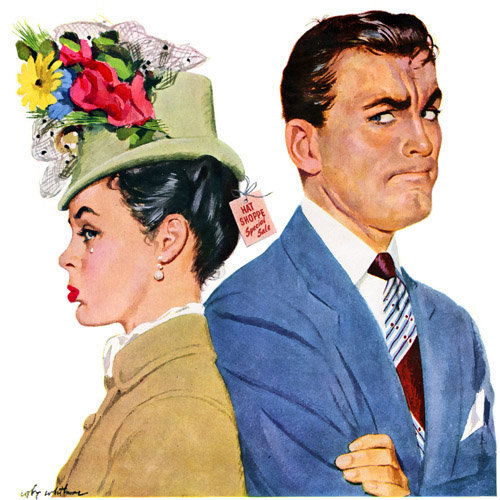 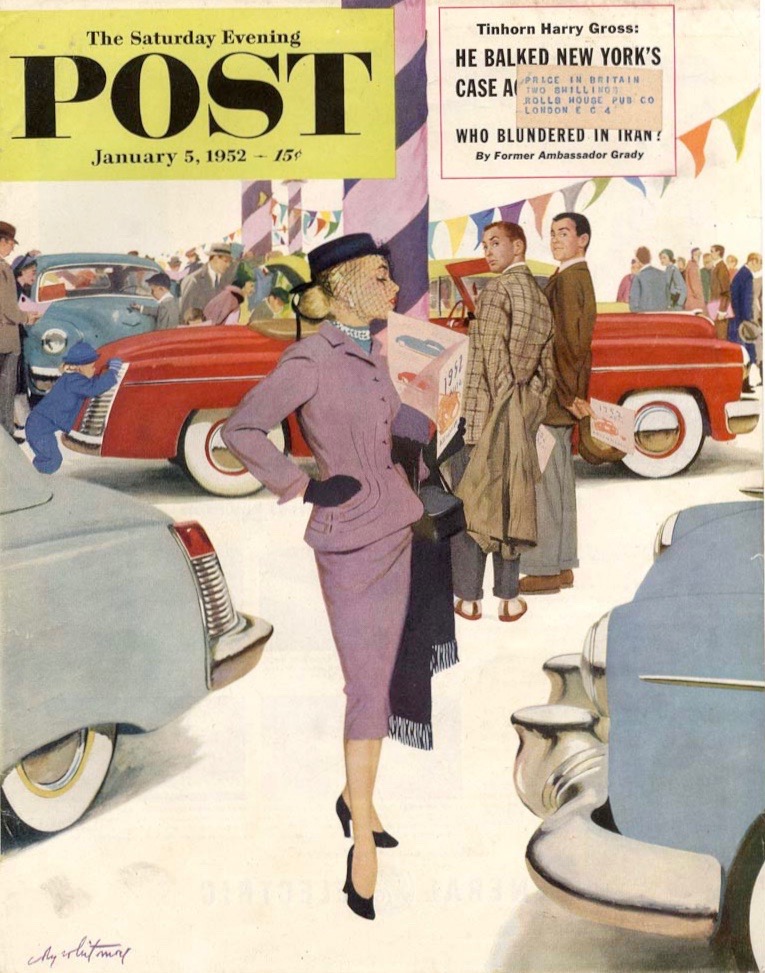 Saturday Evening Post cover - 5 January 1952
At last, Whitmore gets to seriously combine his love of cars and beautiful women. The styling is imaginary, though the basic shapes are early-1950s.

I love the Schlitz Beer ad, in which the prospect of spilled beer induces panic :)