John Roddam Spencer-Stanhope (1829-1908) painted (in oil and tempera) scenes that were distinctly Pre-Raphaelite, though the Wikipedia entry just linked does not, as of 18 January 2017, include him in its lists of Pre-Raphaelites, associated artists, and "Loosely Associated Artists."

His Wikipedia entry is here. Art Renewal Center's take on his is here. Clearly, Spencer-Stanhope knew and was influenced by Pre-Raphaelites and their Victorian successors, particularly his friend Edward Burne-Jones. And the renewed interest in that aspect of art history has led to rising prices for his works.

Below are images of some of his paintings in chronological order by year. 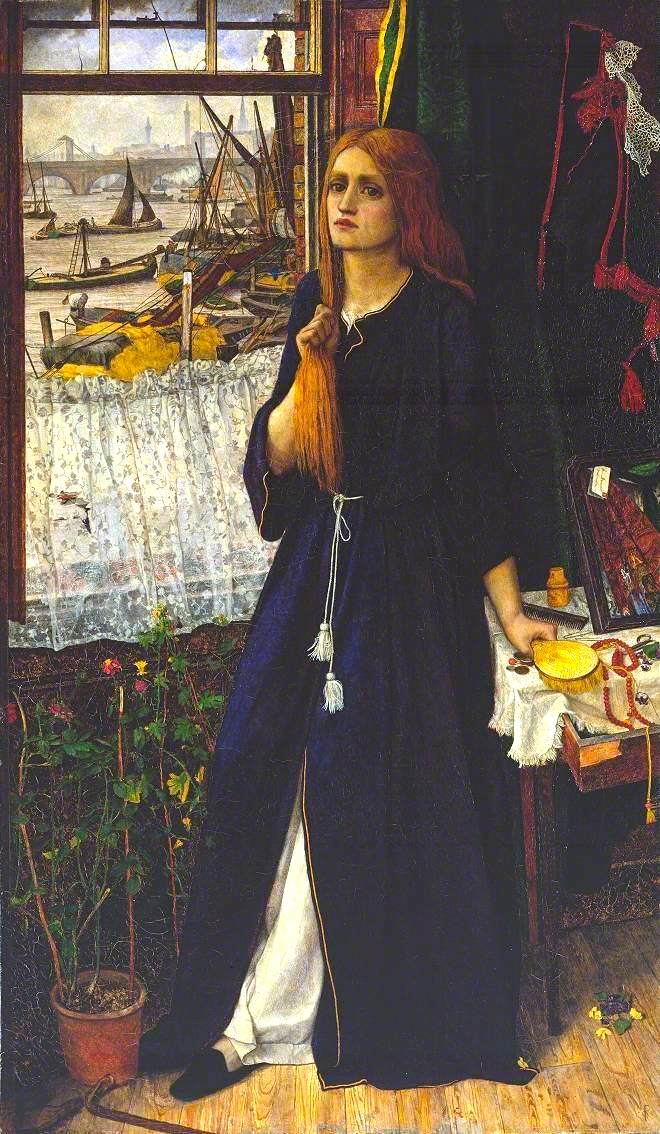 Thoughts of the Past - 1859
Although all the details differ, this reminds me of "Mariana," a 1850-51 painting by John Everett Millais. 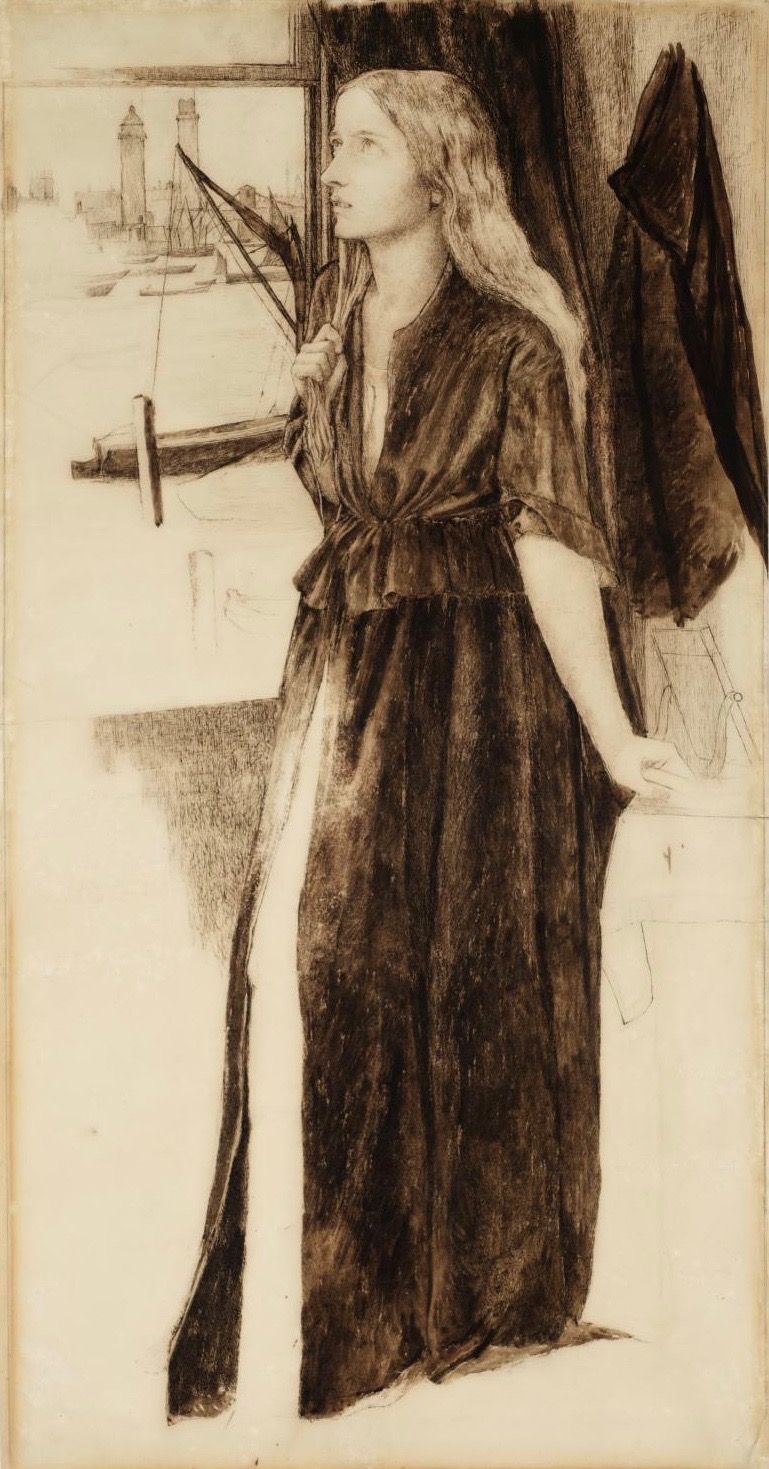 The Robins of Modern Times - 1860
Any allegorical or symbolic meaning in this painting was more clear to viewers in 1860 than it is to me in 2017. 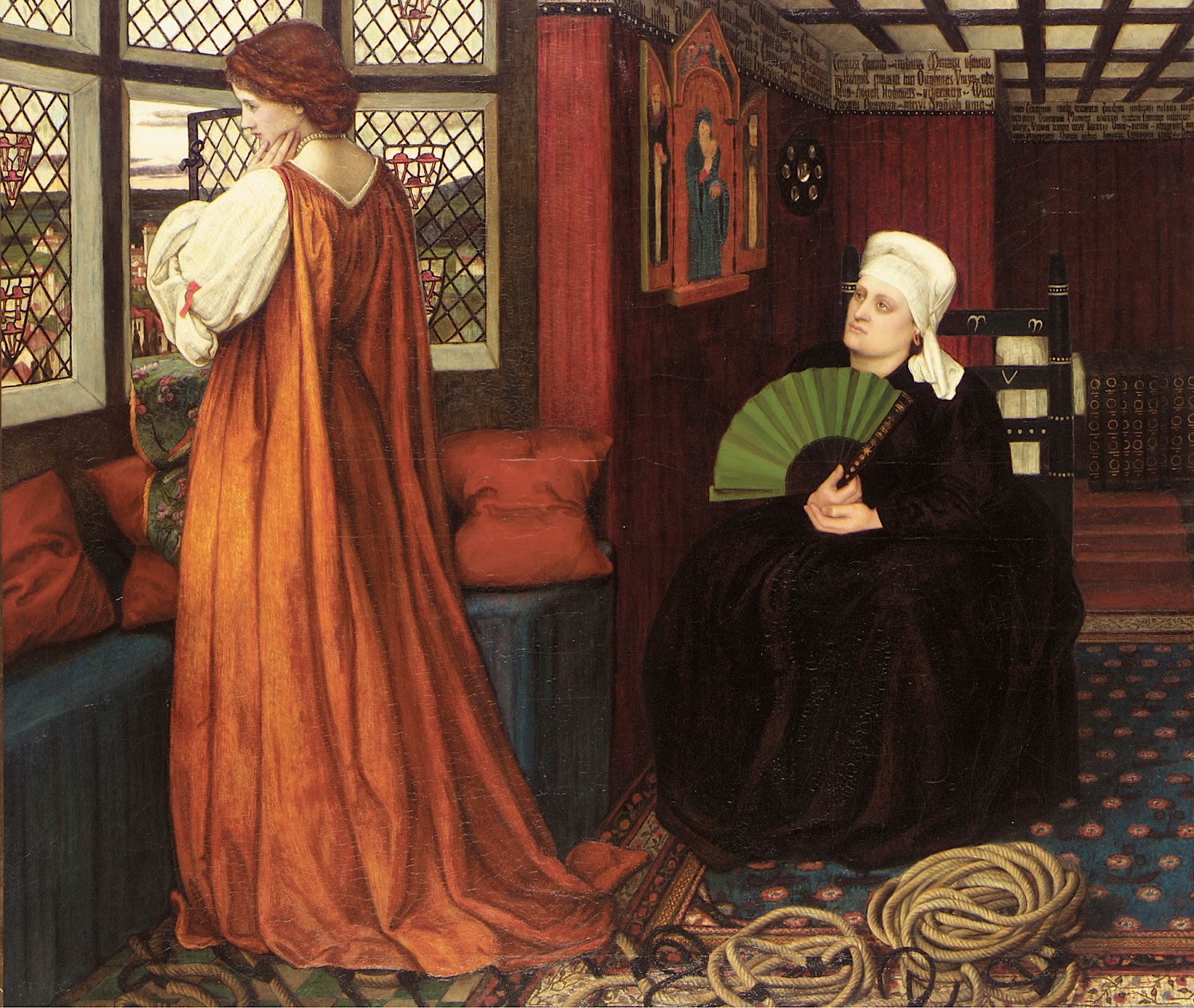 Juliet and the Nurse - 1863
A Shakespearean subject. 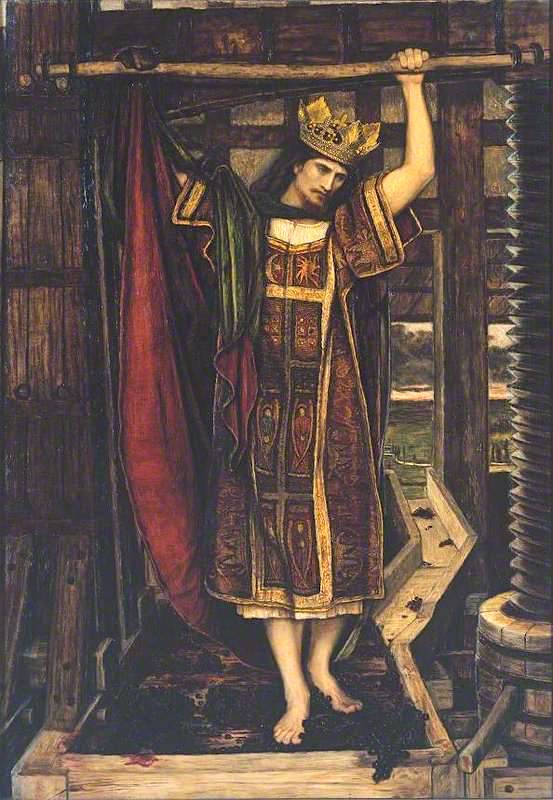 The Wine Press - 1864
Lacking a 19th century elite British education, the reference of this painting also escapes poor me. However the Tate offers this discussion regarding it. 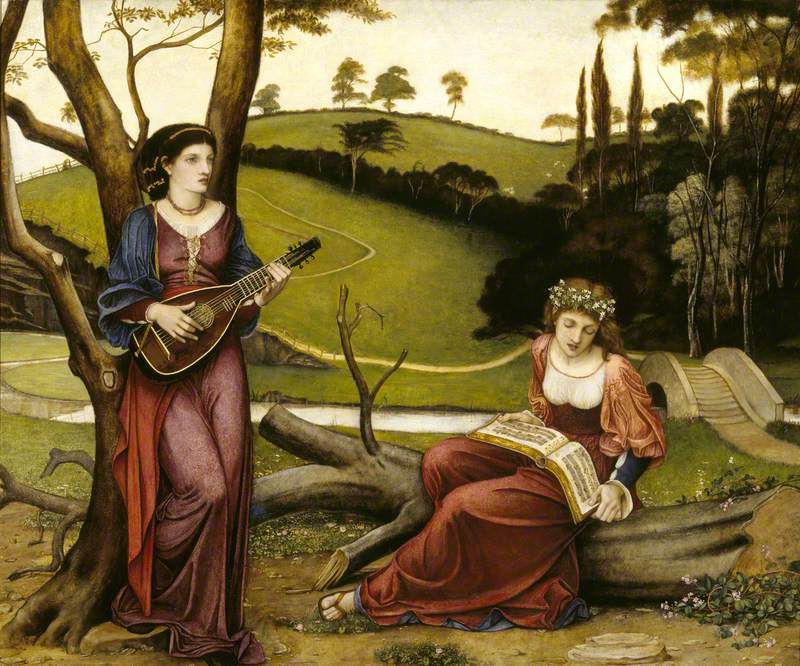 The gentle music of bygone days - 1873
The title is a line from the poem 'The Earthly Paradise' by William Morris. 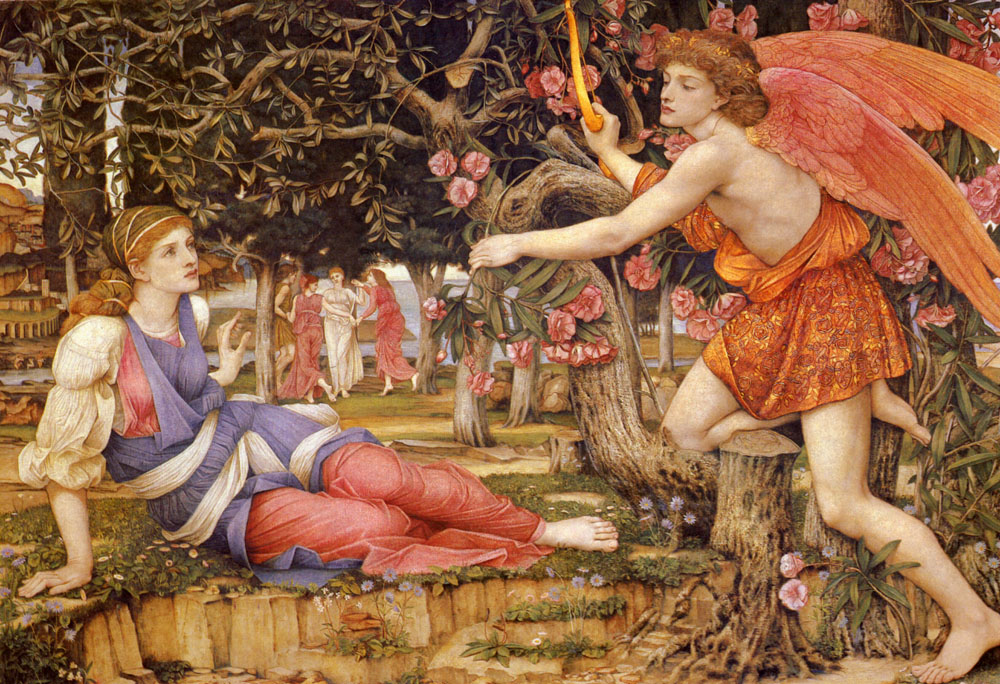 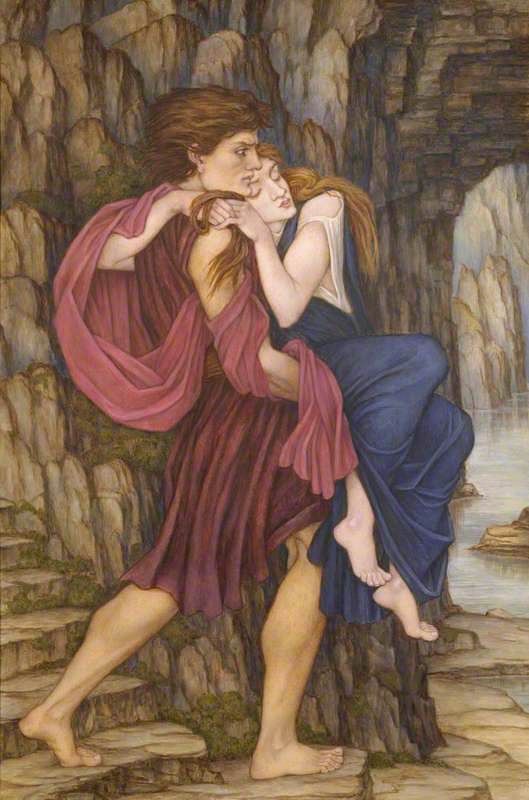 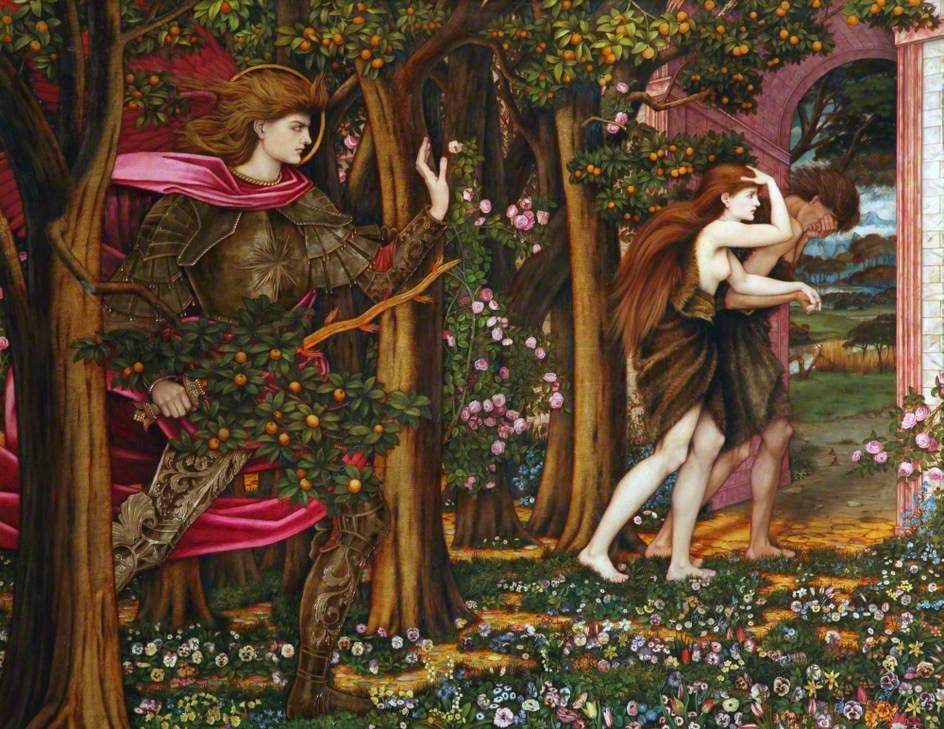 The Expulsion form Eden - c. 1900
Note the similar stylized appearance of the males in this image and the one immediately above.

Regarding that third painting you have posted: technically, I think it is very good but I have to agree with you that its meaning seems to be lost. This is a picture that is screaming for a larger area. It seems to have very little foreground and middle ground. I keep thinking that it would be striking with a large surrounding area like Andrew Wyeth’s "Christina’s World”. Oh, how nice it is to criticize how another pitcher throws.

Very nice site. You see art and thankfully have refrained from tiresome gobble-dee goop typically used to sum up abstract expressionism, et al. "Art Adrift" intro -- impressive. May have to break down and get a Kindle after all so I can read past Amazon preview. Kind regards from an artist.