Rinaldo Cuneo (1877-1939) was part of a generation of artistic siblings who were born and grew up in San Francisco. His Wikipedia entry states that his paintings were quite popular and that he was dubbed "the Painter of San Francisco" (though it isn't clear who did the dubbing).

Rinaldo interests me because of his brother Cyrus, who I wrote about here. Cyrus made his comparatively brief career in England and, in turn, mostly interests me because he was the father of the well-known illustrator Terence Cuneo. One of my posts about Terence is here.

As for Rinaldo, his paintings tended to be solid-appearing, slightly simplified representations of landscape scenes (mostly) and urban setting (less so). Aside from a self-portrait, I didn't notice any significant images by him featuring people.

Furthermore, Rinaldo is not considered a California Impressionist. Well, none of the reference books in my library dealing with that school mention him at all. So far as I am concerned, his paintings are generally inferior to those of the best California Impressionists. Perhaps this is because the paintings shown below are mostly from the 1920s or 30s, a period when artists were trying to deal with the advent of Modernism, as I described in my ebook Art Adrift. The result was a lot of inferior artistic work for for painters who were influenced by that fad. 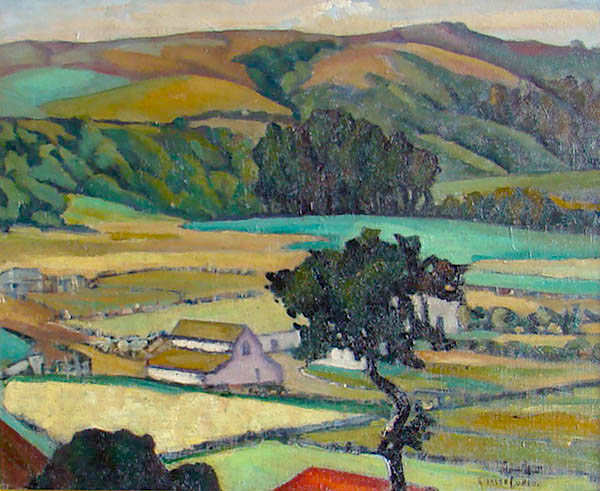 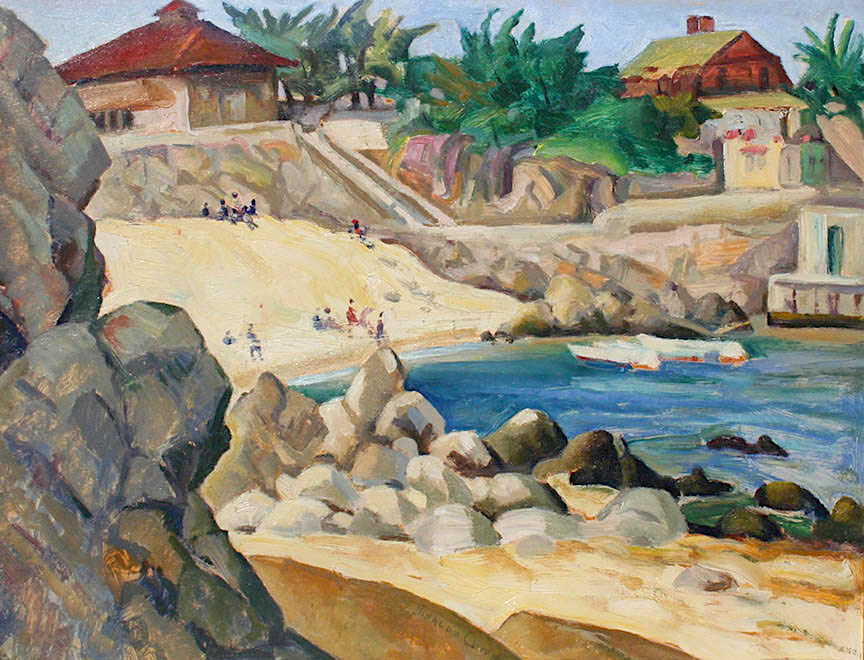 Lover's Point, Pacific Grove
Pacific Grove in on the Monterey Peninsula, just west of the city of Monterey. 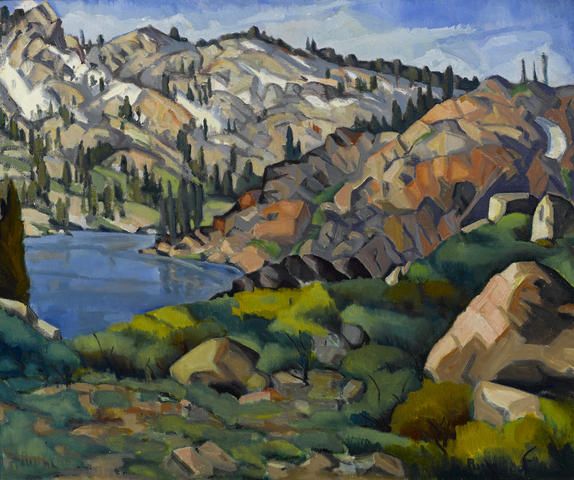 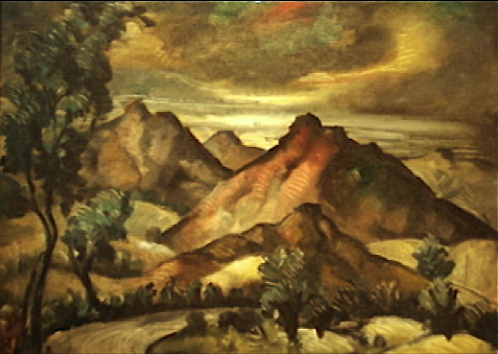 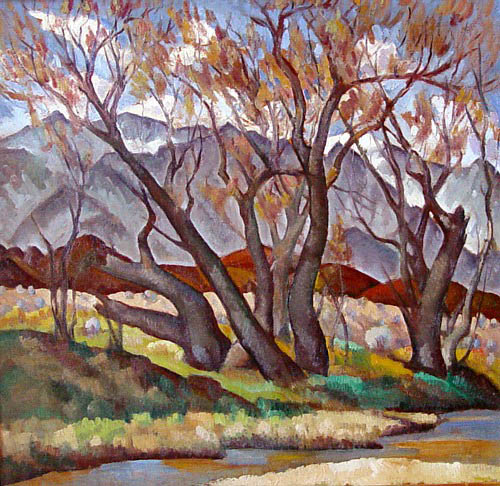 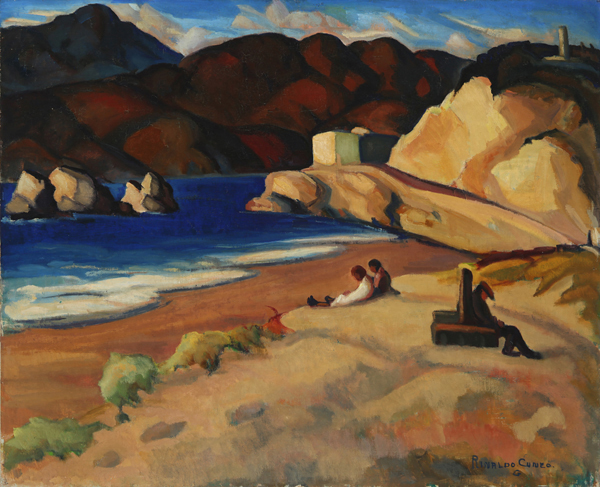 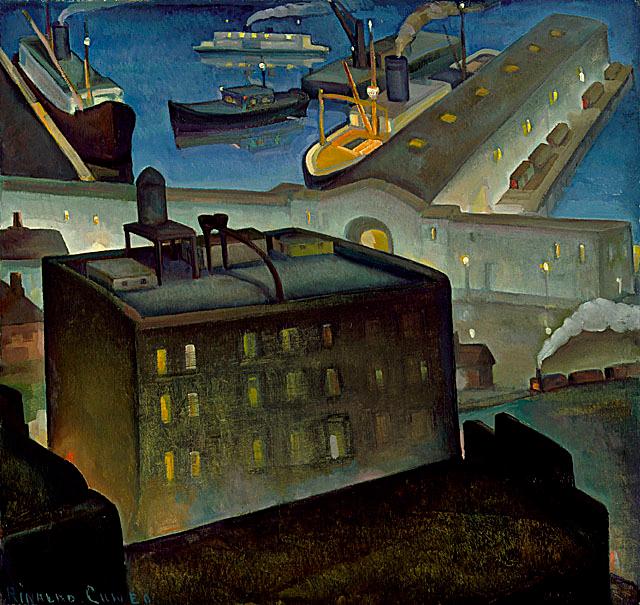 The Embarcadero at Night - c. 1927-28
The Embarcadero is San Francisco's stretch of waterfront between Market Street and Fisherman's Wharf that was its center for docks and shipping in Rinaldo's day. 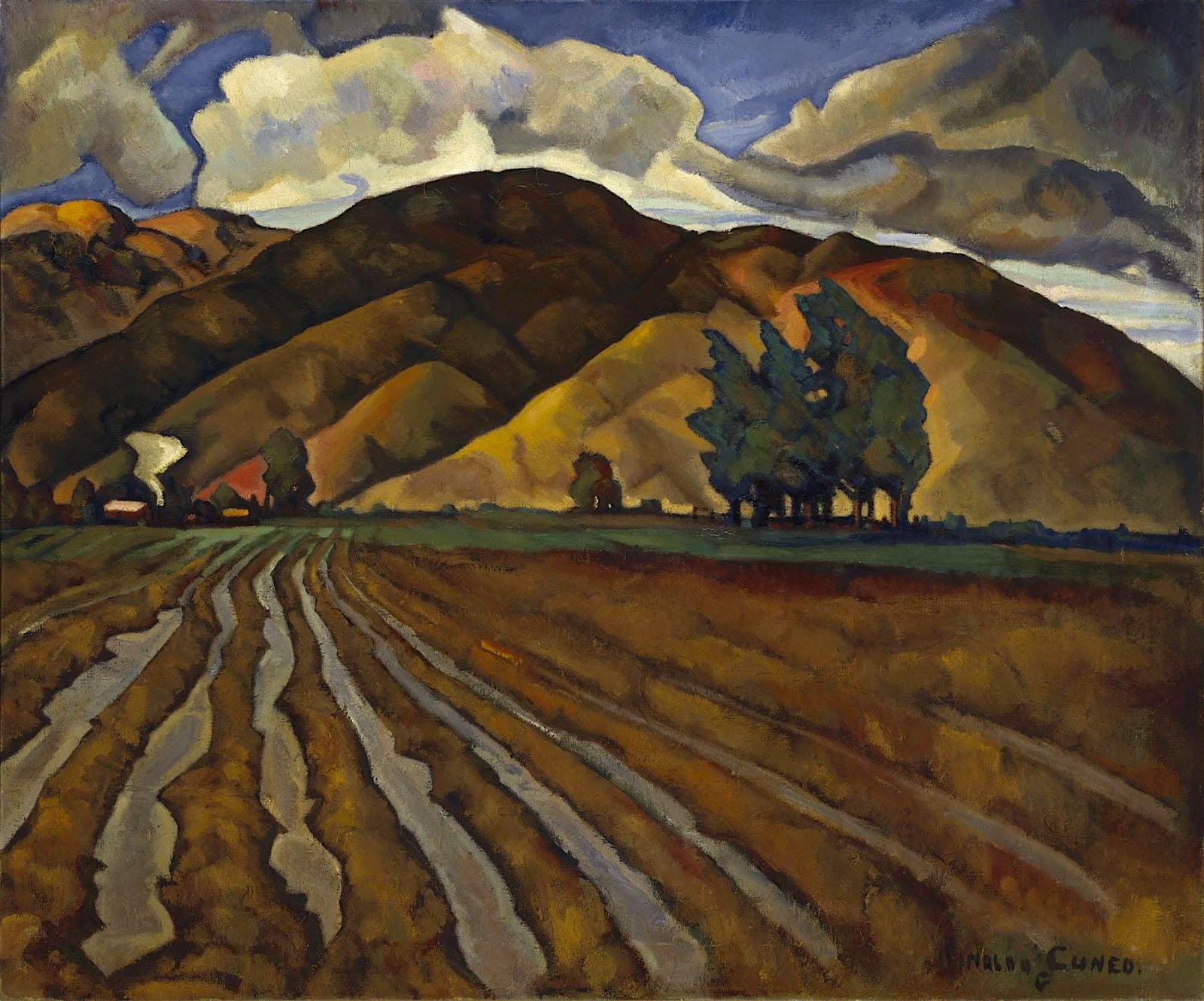