I wrote about his Art Deco / Moderne posters here. This post presents some of his work done before his late 1920s transformation to highly simplified illustrations. 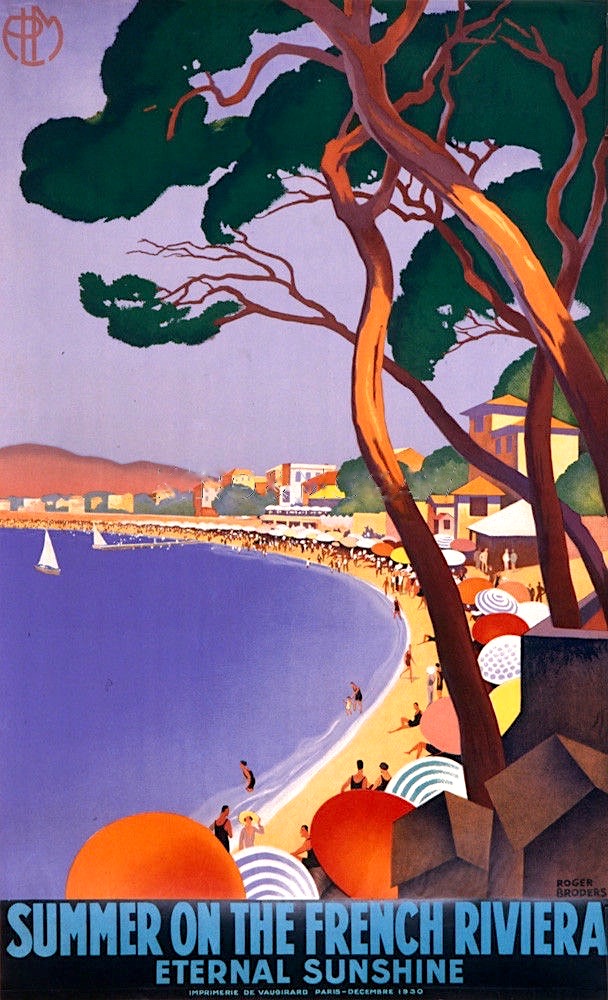 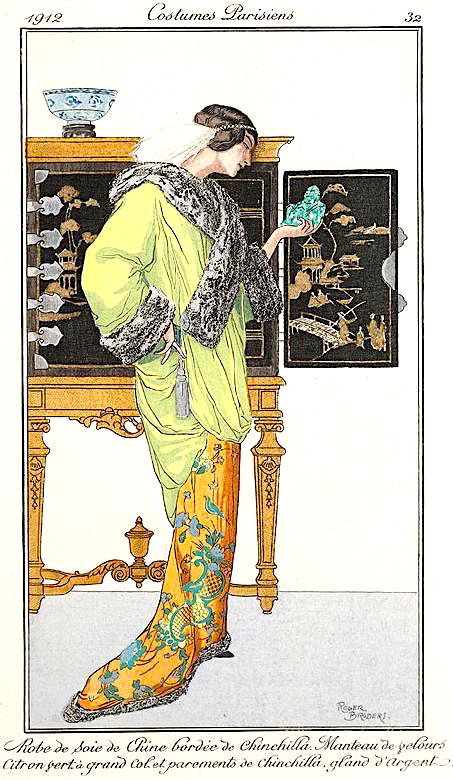 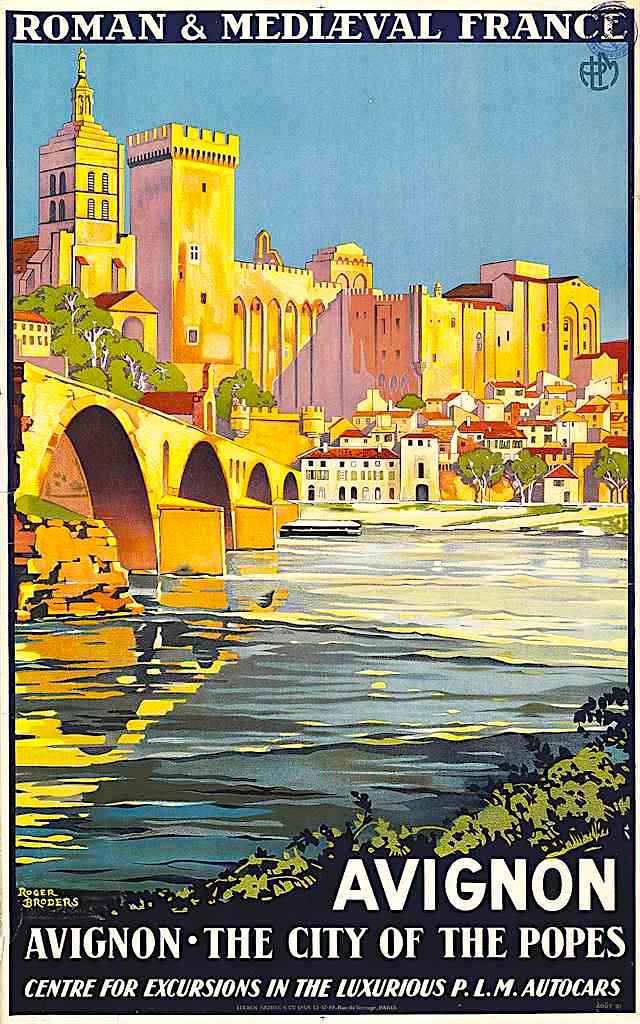 This is a totally contrived view of Avignon. He shows the famous pont, but it is a ways upstream from the Papal Palace that, in turn is actually behind a large wall if viewed from the river. Here, the wall might be in scale relative to the houses (assuming they are considerably in its foreground), but the actual palace is greatly enlarged by Broders for promotional effect. 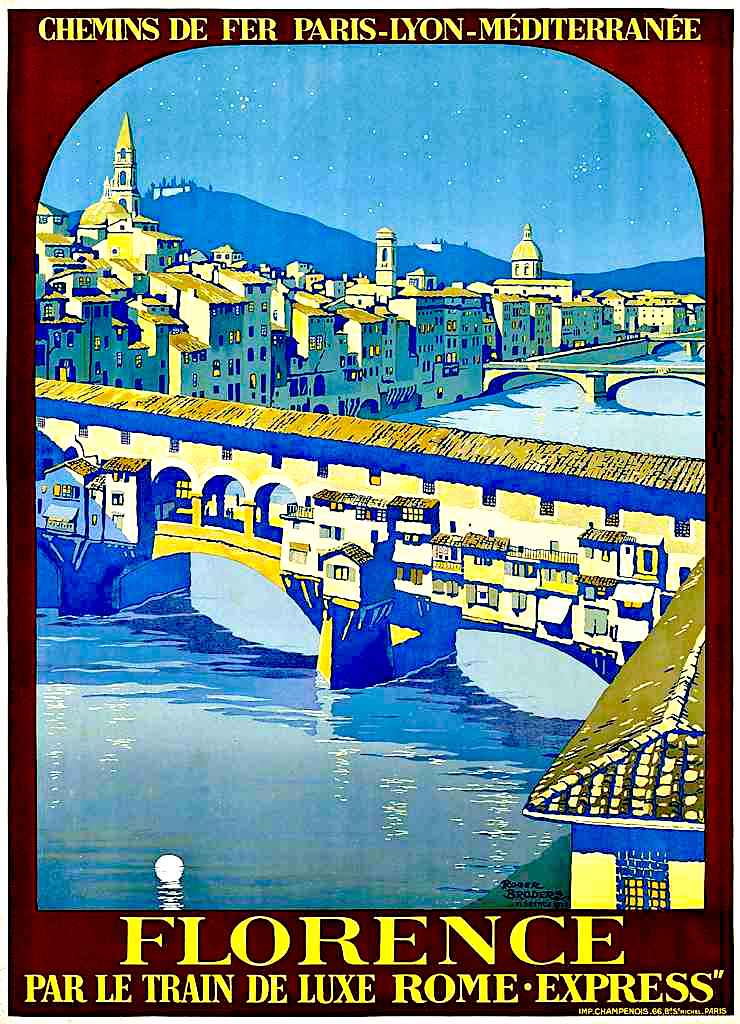 A more realistic view of Florence. The image is simplified, as most 20th century posters have been, but not nearly so much as in the Moderne style one at the top. Another way to date Broders' posters is to examine his signature: Moderne versions are sans-serif style. 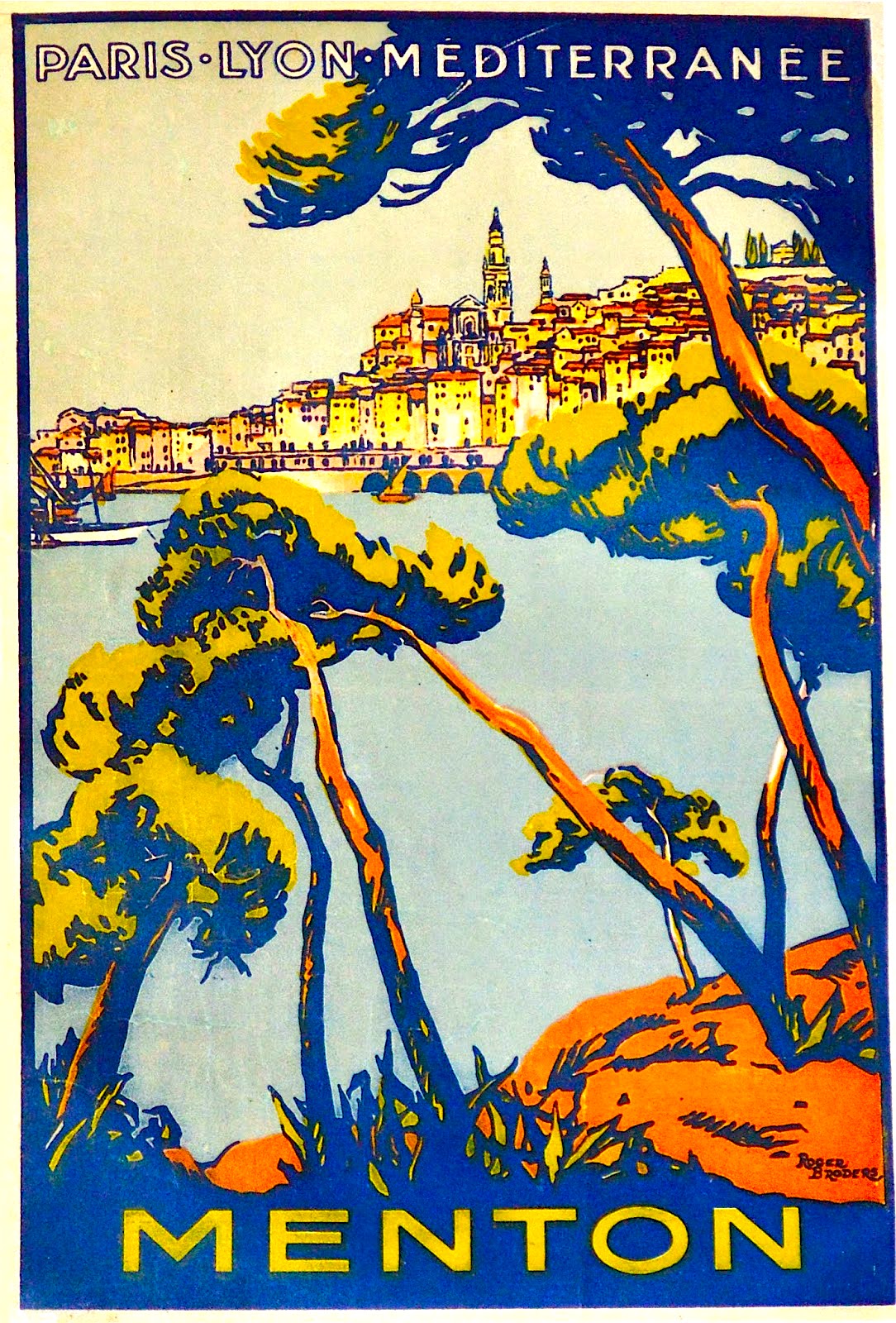 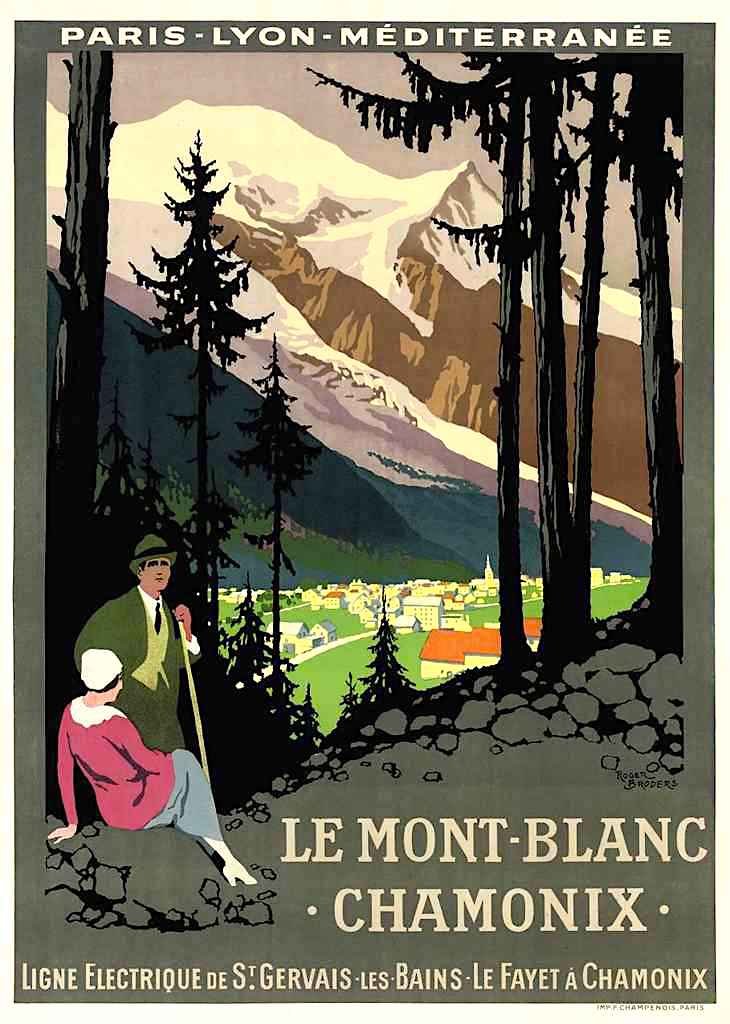 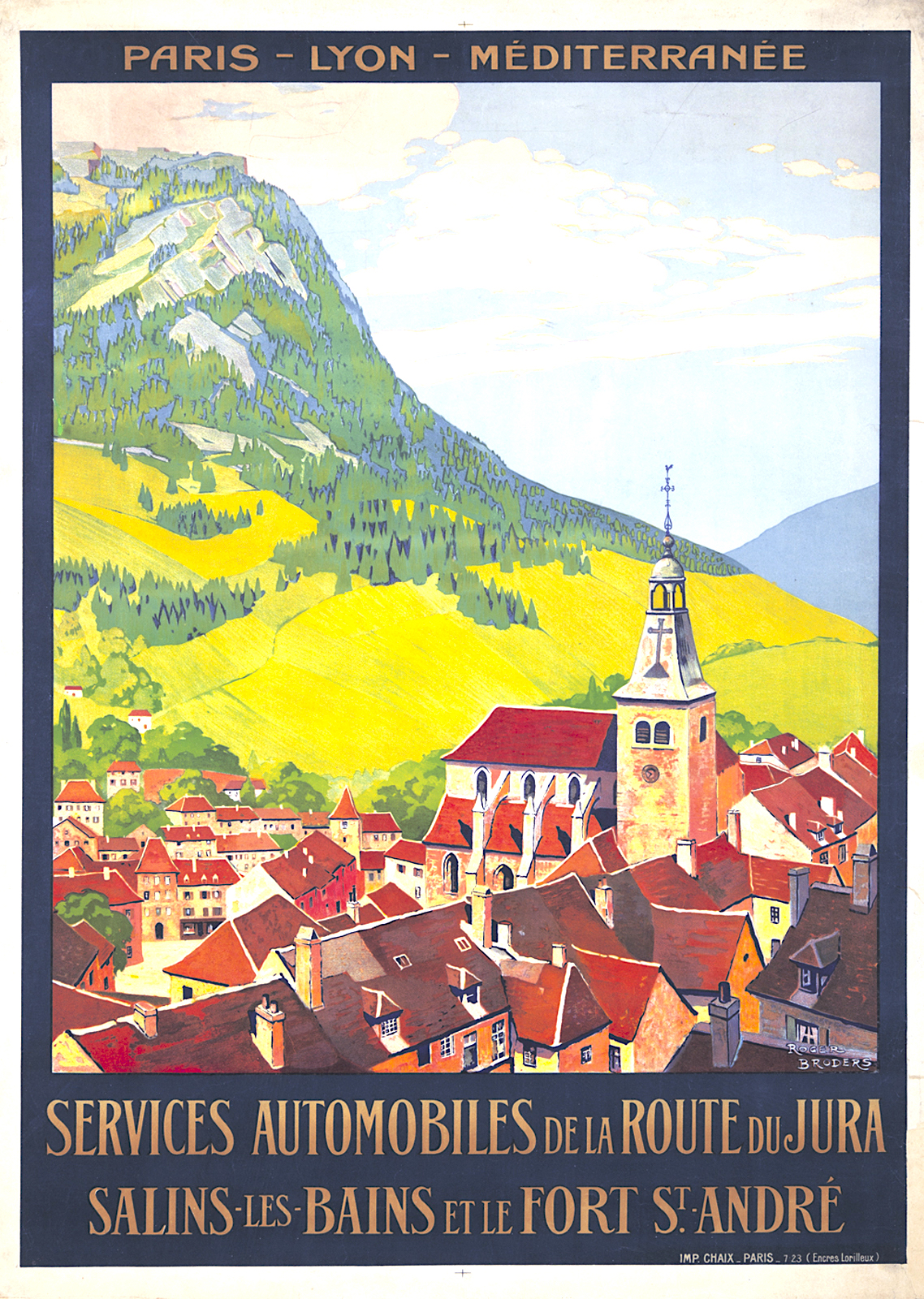 Two non-Riviera destinations.  The images are not yet as stylized as in his later work.